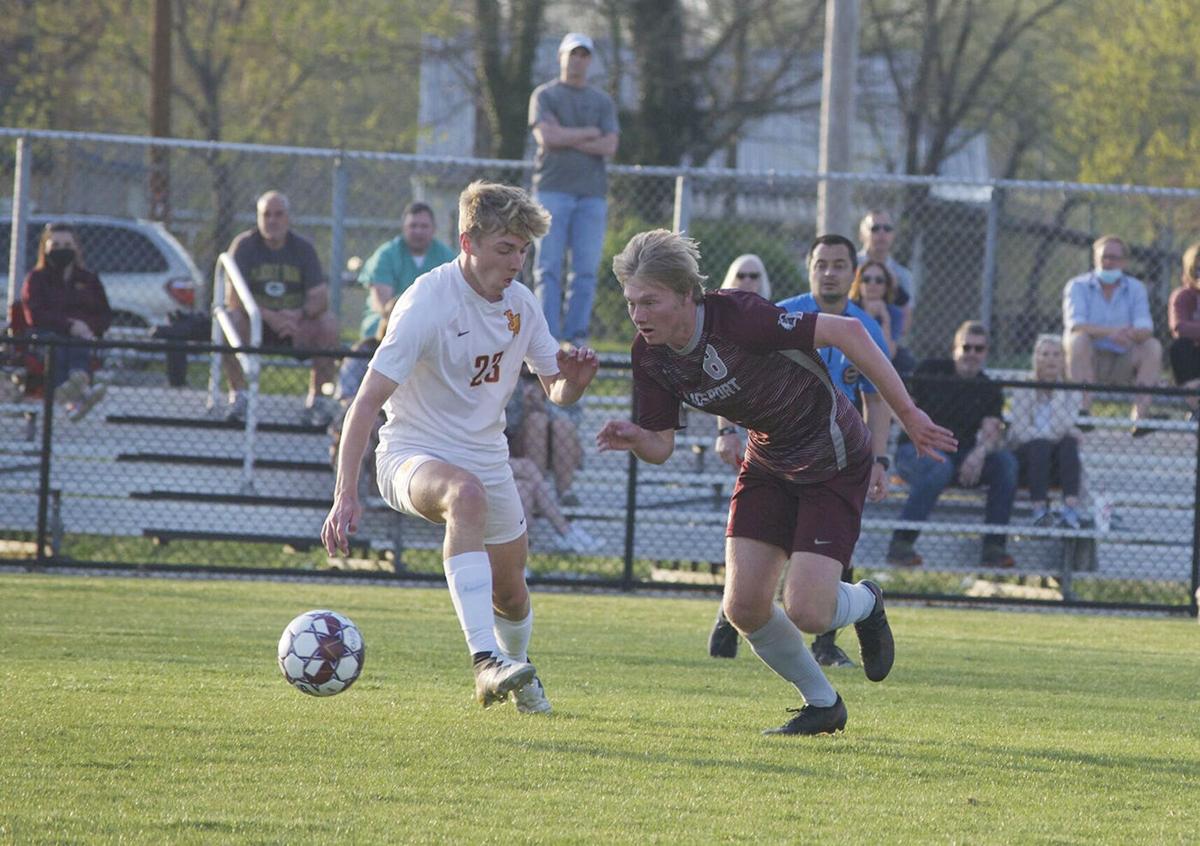 Dobyns-Bennett’s Brayden Conner, right, and Science Hill’s Isaiah Neal battle for possession of the ball in the first half of Tuesday’s match. 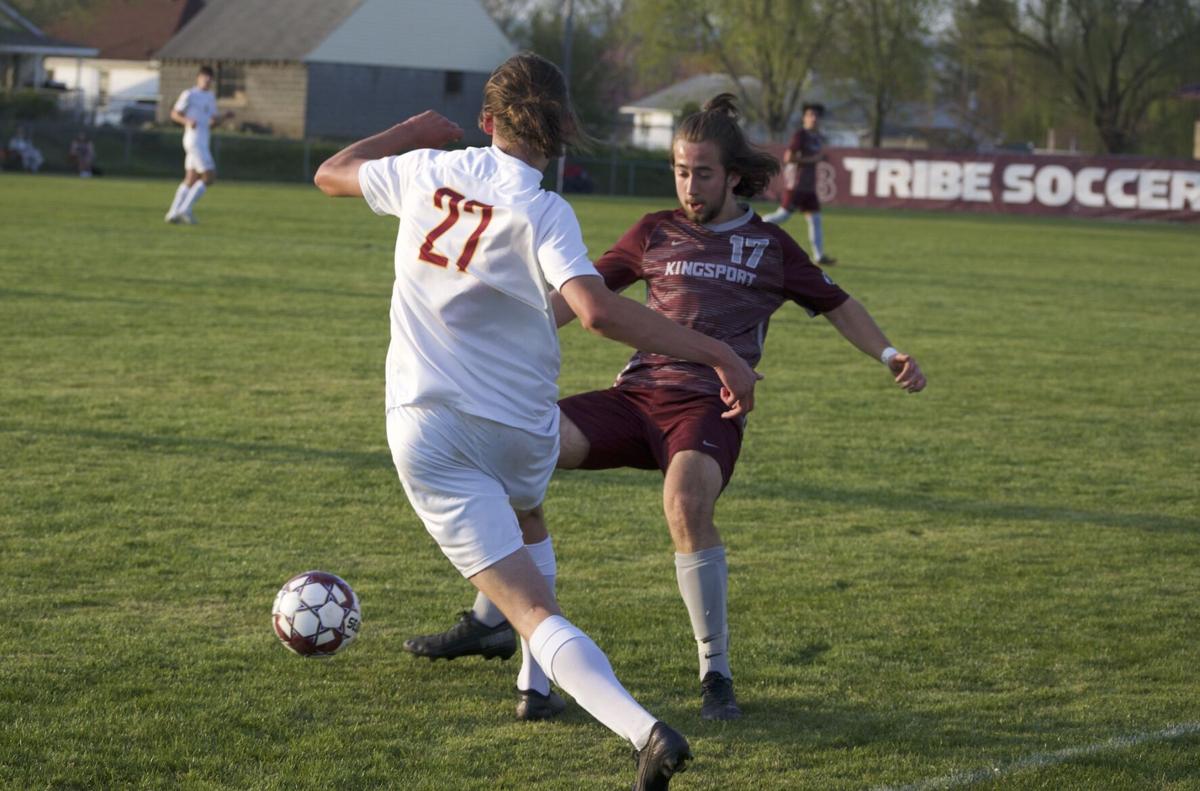 Dobyns-Bennett’s Brayden Conner, right, and Science Hill’s Isaiah Neal battle for possession of the ball in the first half of Tuesday’s match.

KINGSPORT — Dobyns-Bennett had its head in the game against Science Hill for Tuesday night’s soccer showdown at Indian-Highland Park.

Alex Eastman and Junior Arrieta each scored on headers with assists from Maddox Devinney to give the Indians a 3-2 victory over the visiting Hilltoppers.

The outcome handed the Indians (4-2-0, 2-0-0) the early lead in the District 1-AAA regular-season standings.

Science Hill (2-2-1, 2-1-0) was left playing from behind as the Indians won the majority of 50-50 balls before the Hilltoppers rallied in the end to make D-B sweat it out.

“It was a huge point of emphasis out of the locker room that we come out early and force the tempo,” Indians coach Tom LaGuardia said. “I was very pleased with that. Then to start the second half, we pressed and pushed. As they tried to counter, we took advantage of the open space behind them.

“The first goal of the second half is the best goal we’ve had all year. For (Wyatt) Arrowood to deal with two people and win the ball at midfield, Maddox then took them on and had great service to the back post. Plus, it was a great run to get to the back post.”

Dobyns-Bennett took the lead in the 16th minute when Eric McReynolds sent a thunderous penalty kick past Science Hill’s goalkeeper Kieran Yra, who made a diving attempt at the save.

The Indians gained control the match literally a minute later when Eastman scored with a header off a perfectly-placed kick from Devinney.

Dobyns-Bennett’s midfield of McReynolds, Brayden Conner and others, plus defenders like Jackson Martin, Arrowood and Addison Wolf kept Science Hill’s attack from doing any damage in the first half.

The Indians moved firmly ahead when Arrieta scored in the 42nd minute. It was another perfectly-placed ball by Devinney.

“I was just trying to find a way to score, going down the line, crossing it to put us ahead and get the win,” Devinney said. “Our coach told us to go hard and we did. It was critical to get that third goal and put us up 3-0 where they don’t get to come back. When it’s 2-0, it’s a dangerous lead because the momentum can change at any time.”

It definitely changed in the closing minutes. Science Hill got on the attack and nearly came all the way back.

Harper Jennings came close to putting the ’Toppers on the scoreboard in the 56th minute, but Indians keeper Aidan Townsend had the quick reflexes to jump and deny the goal.

David Evans wouldn’t be denied in the 74th minute. With the teams battling for possession in front of the goal, he came through with a strong boot to spoil the clean sheet.

The ’Toppers weren’t done. Hunter Turgeon sent a kick from midfield, which took a hop and bounce past Townsend into goal with 90 seconds to go. Science Hill coach David Strickland was complimentary of Dobyns-Bennett, but was proud how his team battled to the end.

“They were quicker to everything and deserved to win it,” Strickland said. “I felt the first 15-18 minutes we had a lot of activity in front of the goal and couldn’t put anything away. It was a great effort by the boys and I’m not disappointed by their effort at all. Some of the breaks didn’t go our way and they did a good job on a couple of set pieces.

“We played a hard match and the boys tried to do what we want them to do. Tonight wasn’t our night.”