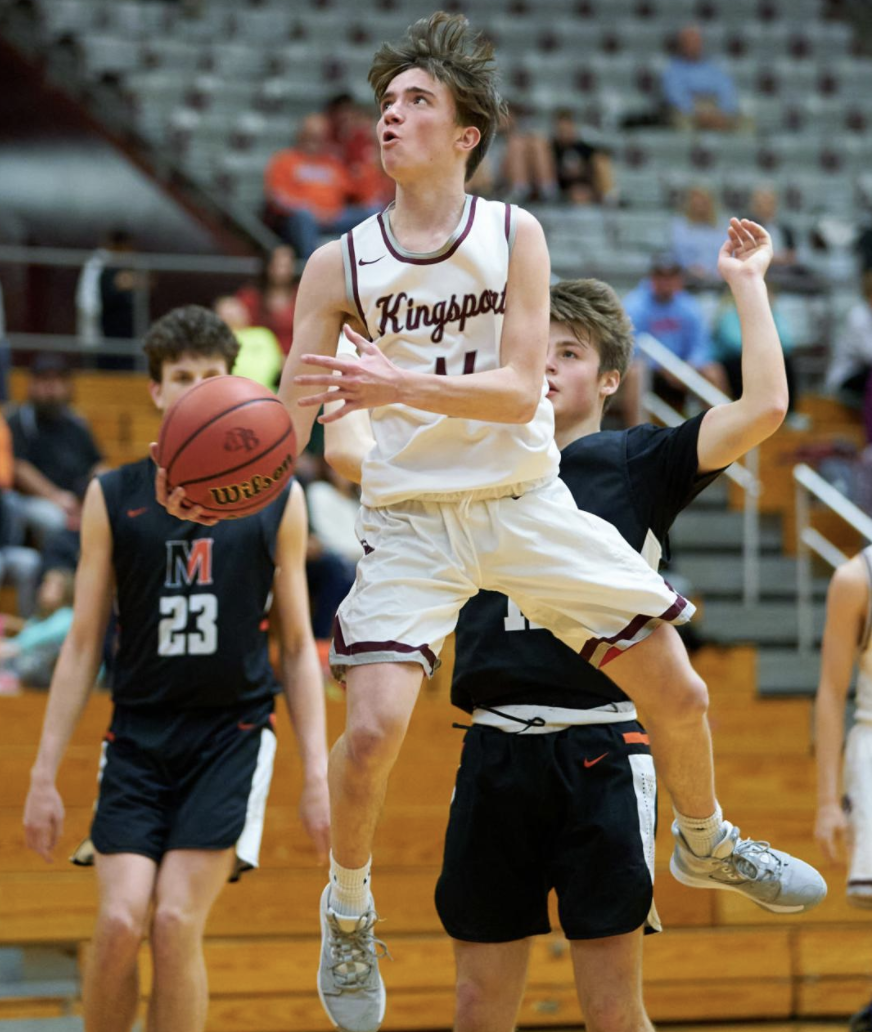 Brady Stump (14) is one of the key returning players for Dobyns-Bennett. (Todd Brase) 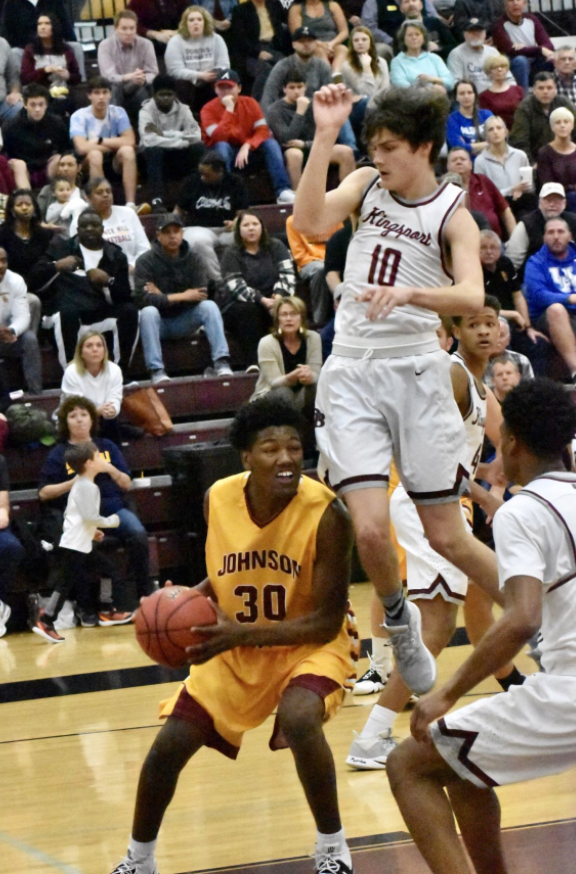 Amare Redd (30) is expected to be one of the key performers for Science Hill this season.

Brady Stump (14) is one of the key returning players for Dobyns-Bennett. (Todd Brase)

Amare Redd (30) is expected to be one of the key performers for Science Hill this season.

It’s another preseason for the Big Seven Conference, where expectations have Dobyns-Bennett, Science Hill and Tennessee High battling for the top spot.

The Indians appear to be the favorite, returning most of their lineup from a team that came within six points of reaching the state tournament.

Science Hill is always good, and Tennessee High usually has its say.

Daniel Boone, David Crockett and Volunteer should battle for the next available spot while Cherokee may have to fight and claw to get league wins.

The Indians return four important puzzle pieces from a team that reached the Class AAA sectional round before losing to Maryville.

Back are Zane Whitson (6-3, guard), Brady Stump (5-9, guard), Jonavan Gillespie (5-8, guard) and Malachi Hale (6-4, guard). The Indians are still young, with Stump and Gillespie both sophomores while Hale is a junior.

Stump was the Big Seven Conference newcomer of the year while Gillespie, Whitson and Hale joined Stump with all-region honors.

“Zane Whitson is the heart and soul of the team,” said D-B head coach Chris Poore. “He leads by unselfish play and competitiveness.”

Other players in the mix include 6-foot-4 senior Jahson Dennis along with Jack Browder, McKinley Tincher, Gregory Allen, Levi Evans and Ben Phillips.

Amare Redd coming into his own was an important reason the Hilltoppers were able to elevate to a region championship last year — thanks in part to his average of a double-double in that tournament.

The 6-foot-4 Redd is back and ready to lead, said head coach Ken Cutlip.

“He has the ability to dominate both ends of the floor with his athleticism,” Cutlip said.

Cutlip said Mathes will be one of the fastest players in the Big Seven.

Also in the heavy playing rotation will be Ben Edwards, a post player with shooting range.

“We have a great group of unselfish players who are fast and can score in bunches,” said Cutlip, adding he expects to play as many as nine or 10 kids.

Cody Connell said he believes his team will be competitive once again.

“I think it will be about like last year, when we walked into the gym and could beat anybody or anybody can beat you,” said the Pioneers’ head coach.

Leading the way will be Mason Britton, a 6-5 senior who can play any position from three through five.

Adding to the mix is 6-1 senior guard Ayden Begley.

“He’s a point guard, shooting guard, and he can do everything,” Connell said. “He will be really good.”

For the Trailblazers, part of the process will be fitting parts together.

“We have a lot of new faces and guys with limited varsity experience,” said Boone head coach Chris Brown. “In order for us to have success it will need to be a total team effort with us playing unselfish basketball.”

Rounding out the lineup is Breiydon Gilliam, a standout player who transferred from Cherokee.

“He will give us needed experience and toughness,” Brown said.

Also in the mix are Landon Carrico and Jackson Jenkins.

It is a youthful work in progress for the Chiefs.

“Our team is going to be young in many positions,” said head coach Trey Fields. “Our guards will be our go-to with experience and leadership. It is important for us to all be on the same page and keep working hard.”

The Chiefs will try to rebuild around players like Carter Metz, a 5-10 junior guard. Also in the mix are senior guards Jacob Kenner (5-10) and Jason Sattler (5-9).

It has been a challenging start to the new basketball season for the Falcons, who are currently waiting out a two-week quarantine.

Once they get back after it, head coach Mike Poe will have some young players at the forefront. Included in the mix are Brandon Minton and Andrew Knittel. Both are 6-foot sophomores.

“Being a year older and gaining valuable experience, we should be much improved,” Poe said.

“We have no returning major varsity experience,” said McMeans, who led Sullivan South to the Class AA state tournament that wasn’t played back in the spring. “We only have two seniors on the roster, so we will be very young.”

The seniors are post players Ezekiel Johnson and Jaden Keller, and both stand 6-4.

“I expect to play about 10 kids major minutes,” McMeans said. “I expect to be very aggressive like my teams have been in the past. The future is extremely bright but we expect to compete and win every night right now.”

It looks like Dobyns-Bennett is ahead of the pack as the 2020-21 Big Seven girls basketball season begins.