The start of the Varsity A boys race on Saturday at the Fender’s Farm XC Carnival in Jonesborough. 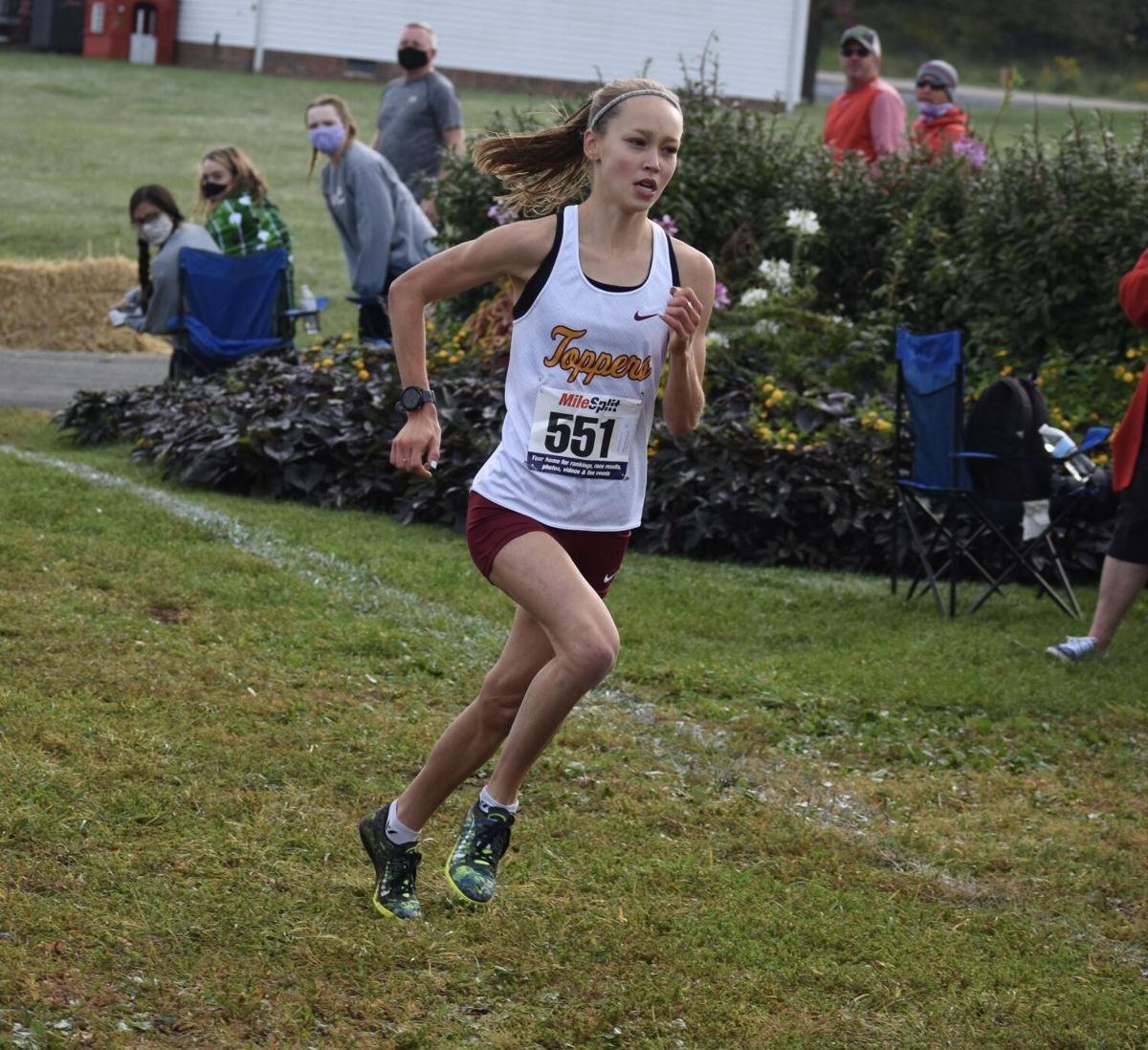 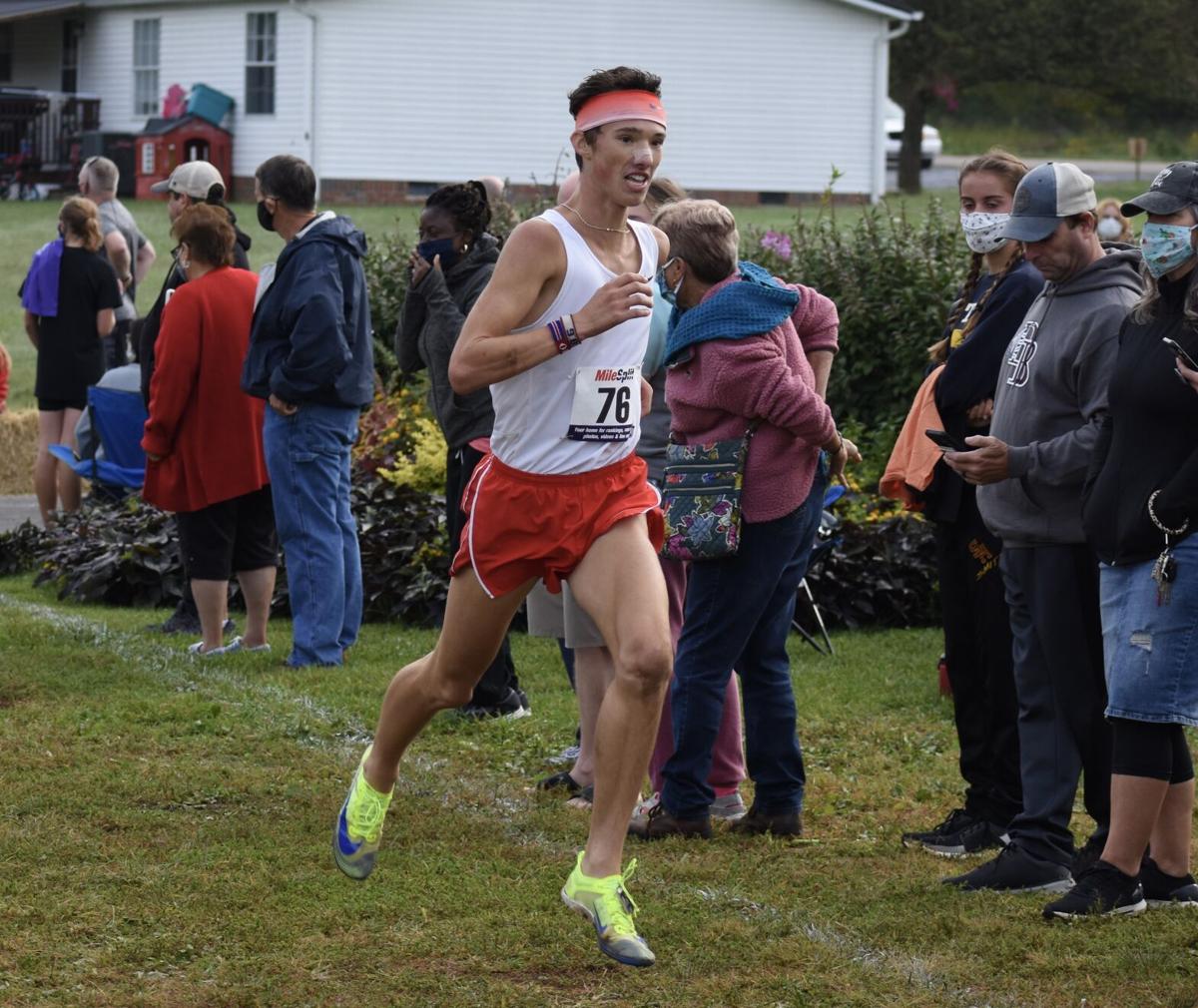 The start of the Varsity A boys race on Saturday at the Fender’s Farm XC Carnival in Jonesborough.

JONESBOROUGH — The times were fast and the corn was popping on Saturday morning at the Fender’s Farm Cross Country Carnival as the runners had perfect conditions along with a flat 5-kilometer course.

Science Hill junior and multiple time state record-holder Jenna Hutchins blistered the course in a course record of 16:36.9, beating the existing record by over two minutes.

Hutchins, who was coming off of a state record run last week in Alabama, went out conservatively at 5:22 for the first mile and ran evenly the rest of the way. Her time missed the national record by 30 seconds, but she did record the fastest time ever run by a high schooler in the state of Tennessee.

She would have placed fourth overall in the boys race.

“Since I just raced last week, I could feel my legs a little bit,” Hutchins said. “I ran this one in a different way than I normally run. This time I came through a little slower than normal and maintained the same pace throughout the rest of the race.

“I was very consistent this time. I was able to sprint at the end and I know I had more in me.”

The spectators, after having been temperature checked and wearing a mask while in attendance, came out in droves to watch the U.S. No. 2 runner take part in a rare local race. Hutchins certainly took notice.

“I was really proud of the team today,” Hutchins said. “They were all coming through really strong and we’re continuing to improve throughout the season.

“Today was a lot of an atmosphere because the meet is smaller, but I really like the course. This is what cross country is supposed to be with different terrain and lists of turns. The crowd was amazing and everyone knows you. It’s really nice to get the extra cheers from everyone that knows you.”

Hutchins said that her next scheduled race is Oct. 3 at the ASICS Invitational in Douglasville, Georgia, which is known as being one of the quickest courses in the southeast.

David Crockett nipped Science Hill for the team title, beating out the Lady Hilltoppers by four points (67-71) and showing that they have the potential to make it to the state meet if everything goes right.

“Emily Ward had a really good race and Breanna Dunn is getting faster every race we have,” David Crockett coach Mark Jennings said. “Ashlynn Roy is really starting to come on strong for us. This is our first race back with Rachel and she’s not where she’s usually at, but she’s got a month left.

“The parents have been fantastic this year with wearing masks and trying to keep everyone safe. Fender’s Farm is a great venue for a race because there’s lots of places to go see your kids, it’s flat and there was some mud in spots. I’m glad Carroll Fender lets us come down here every year.”

Tennessee High sophomore Zoe Arrington crossed the line as the runner-up, finishing in 18:45.9. She bested her time from last year by over 10 seconds.

Sullivan East’s Mandy Lowery had one of the more impressive days in the field, running a personal best by over 30 seconds and garnering third-place honors (19:30.6). She finished just ahead of Dobyns-Bennett sophomore Autumn Headrick in fourth (19:34.3).

Daniel Boone — minus usual lead runner Kamryn Wingfield — finished in third place with 83 points and were led by senior Patricia Chellah in sixth (19:53.9).

Tri-Cities Christian eighth-grader Maggie Bellamy continues to show out in the big stages, this time finishing in eighth overall and nearly breaking a big barrier. She finished in 20:01.3.

Daniel Boone’s Conner Wingfield blitzed the boys race in the final mile, pulling away and winning in a new course record of 15:50.0.

It was his first time dipping under 16 minutes since last season, his third win of the season in as many tries and he gapped Sullivan Central’s Mason Sanders by 30 seconds in the final half of the race.

“Our team ran pretty good today even though we had half of our varsity squad off,” Wingfield said. “It was a flat and fast course today and I just decided I wanted to break it open after that first mile.”

The Trailblazers were without a chunk of their top five runners and wound up finishing second to D-B (63-70). David Crockett finished a distant third with 94 points.

It’s mostly been a season of progression for the Indians so far and Saturday was a step in the right direction, resulting in the team title.

“This is a good group to work with,” longtime D-B coach Bob Bingham said. “This is the first time in a long time that I can remember us having five kids run under 18 minutes. I think they felt like the girls were so good last year that they were a little overshadowed, but they’ve come a long way.”

David Crockett’s Bryson Livesay — in his first race since early in the season — finished in fourth (16:48.9). Chuckey-Doak’s Irving Medina had a good showing, crossing in fifth overall (16:54.6).

Cherokee’s Henry Brooks has had a top-10 showing in each race so far this season and he continued that trend by finishing ninth, just barely missing the 17-minute barrier (17:00.8).

Elizabethton’s Craig Newman had a strong finish, running a 17:06.0 that was good enough for 10th while “B” race winner Mason Brandon from Greeneville and runner-up Chandler Dalton of West Greene both cracked the top 15. Brandon was 12th in 17:12.2 and Dalton 14th in 17:20.3.

Some teams will be heading to Walters State next weekend for a race, but the next big local event is Oct. 10 at the 48th annual Trailblazer Invitational, hosted by Daniel Boone.