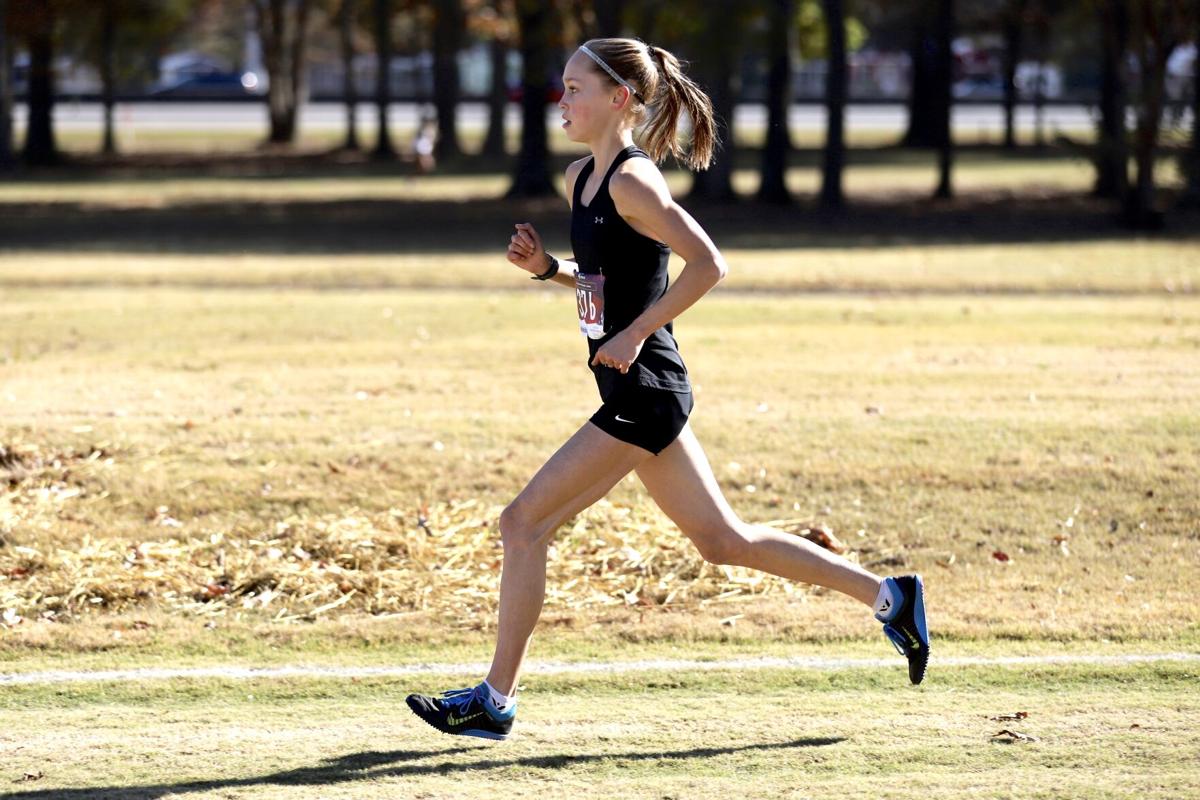 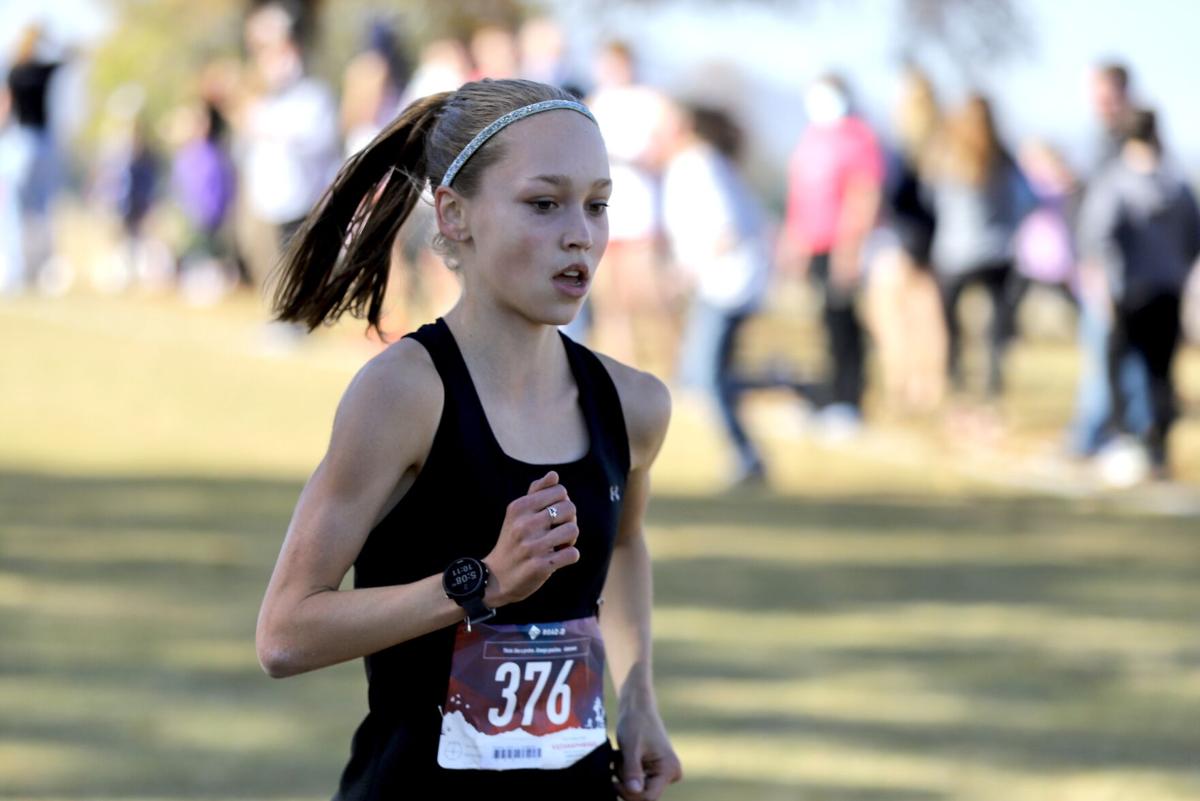 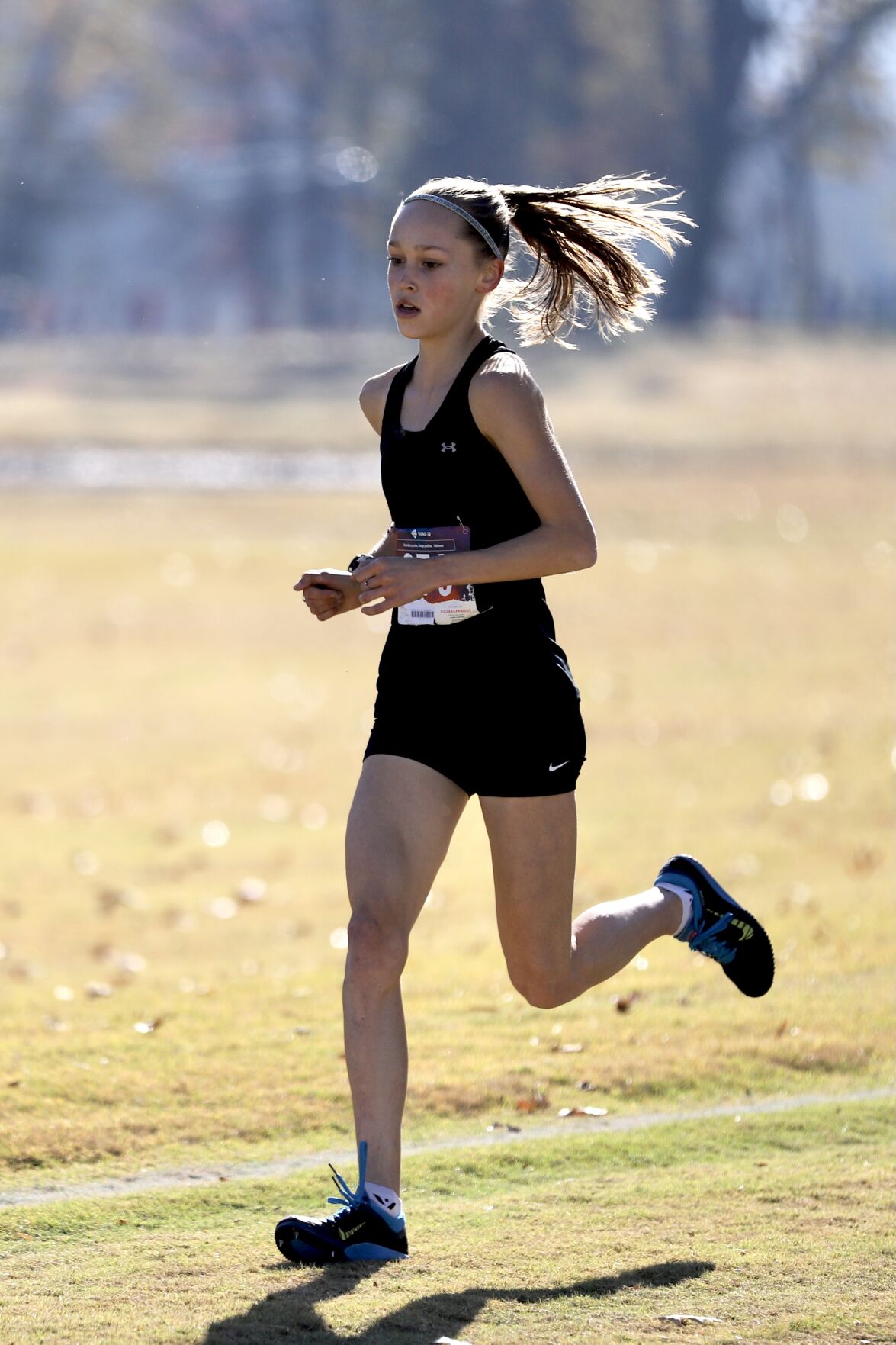 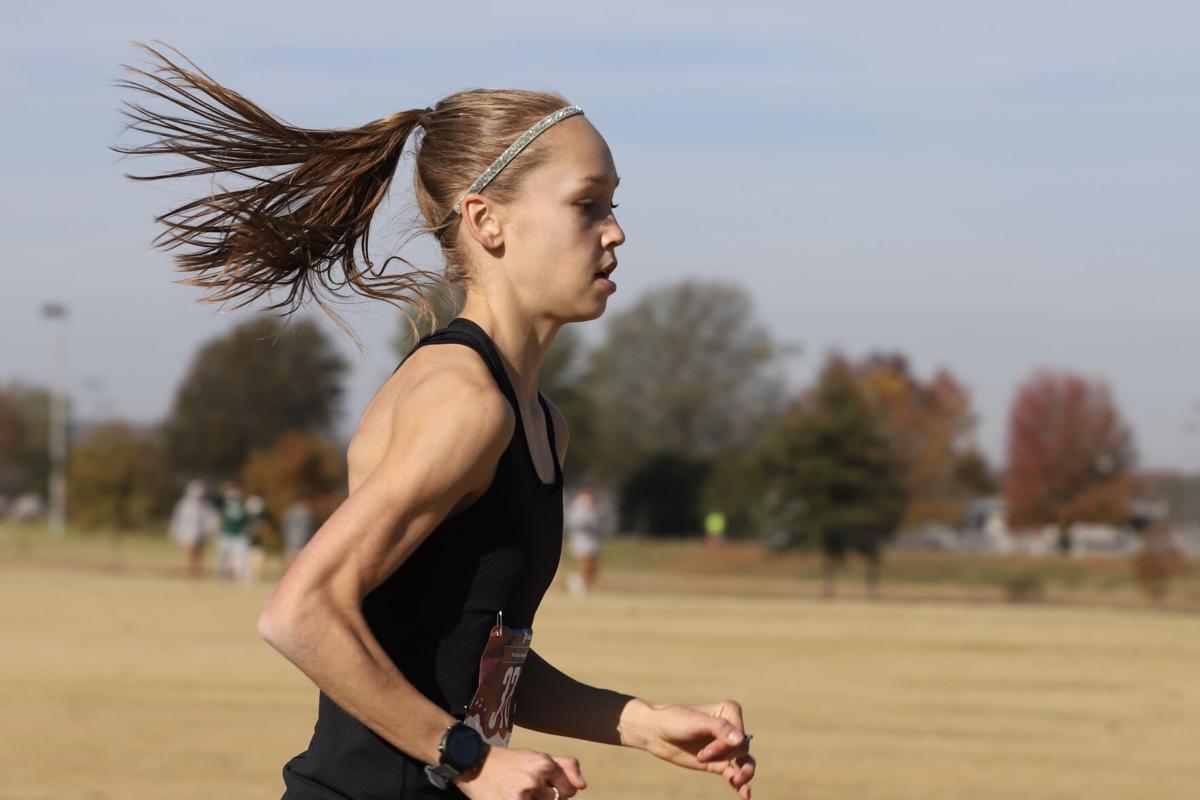 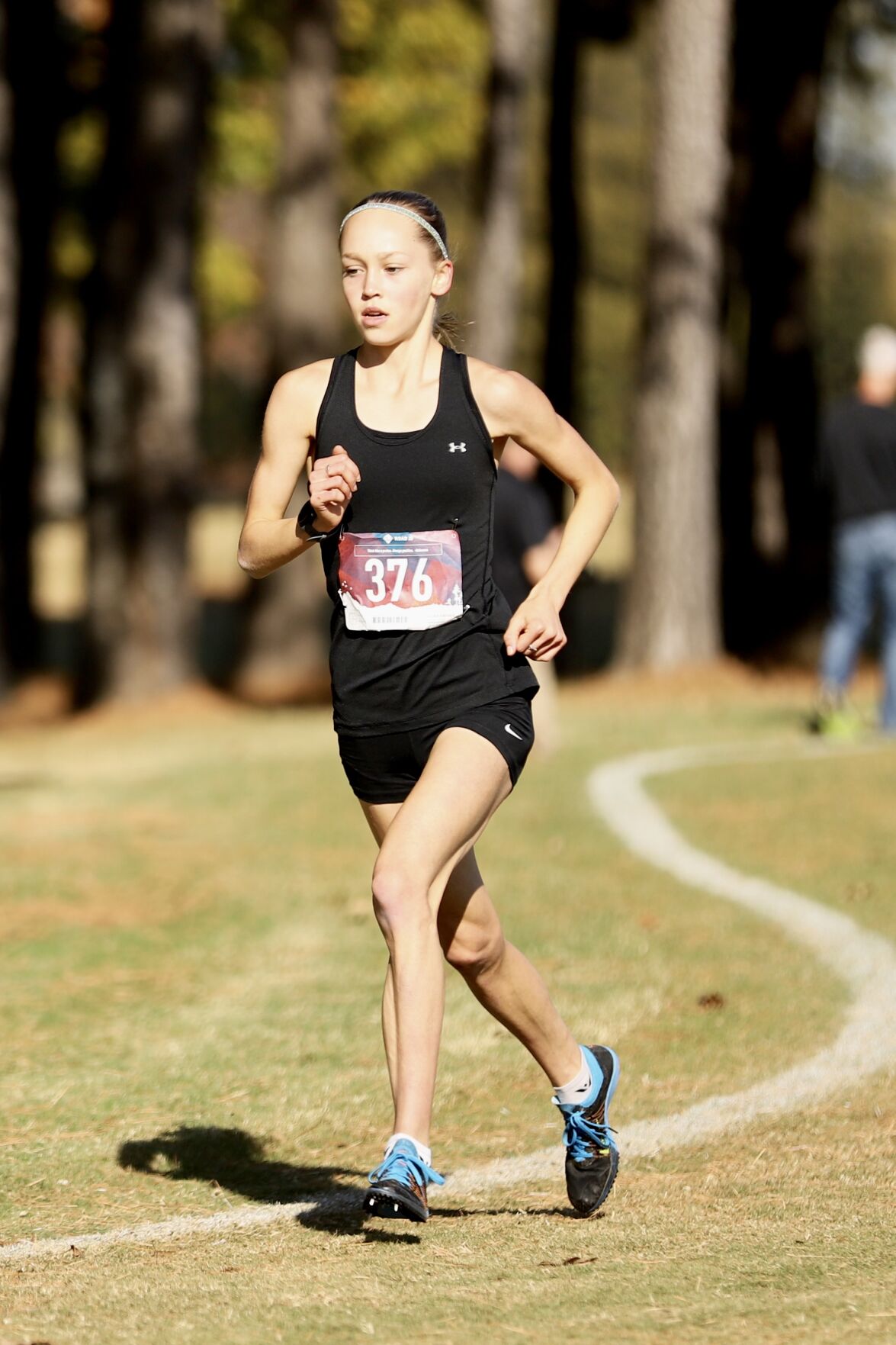 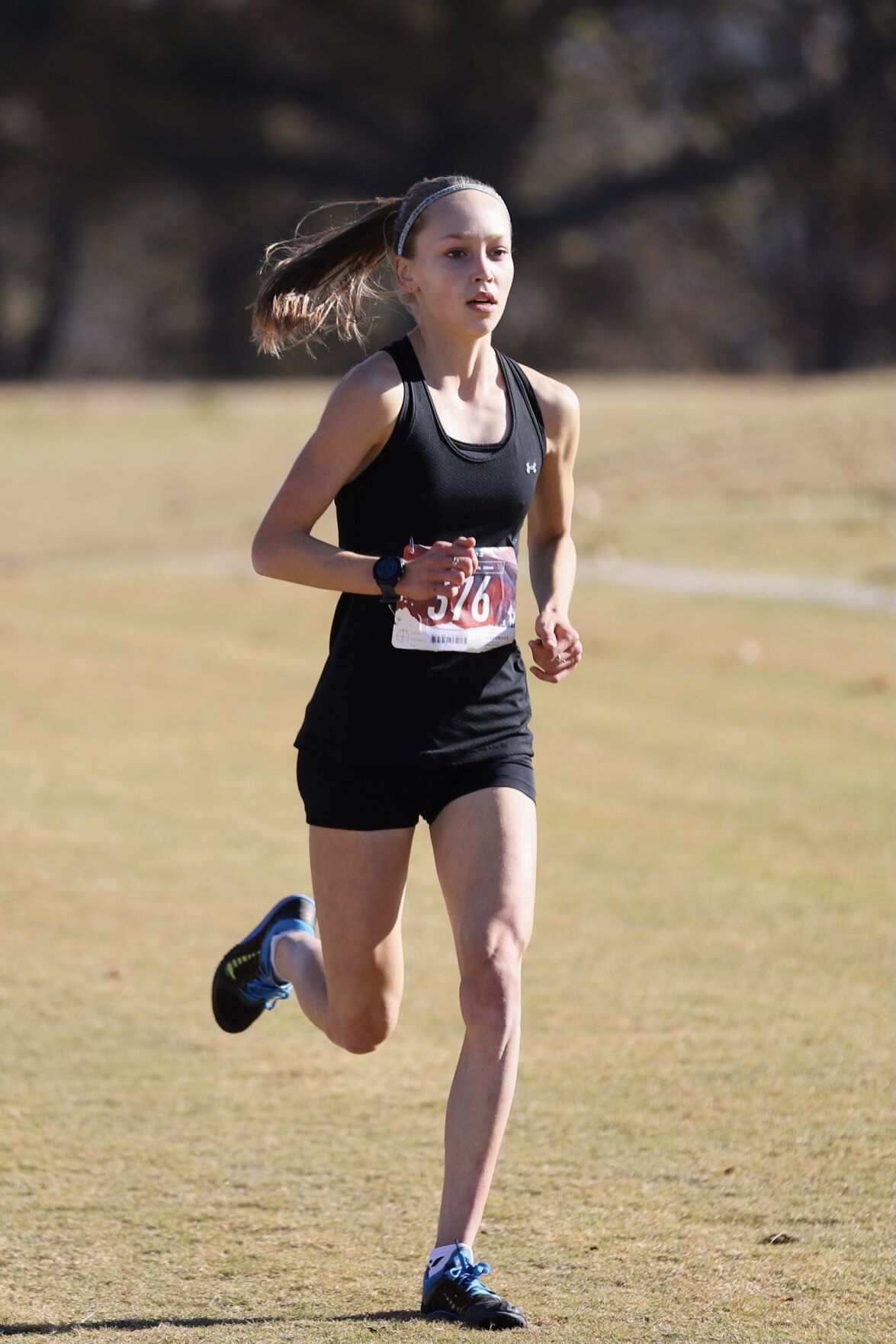 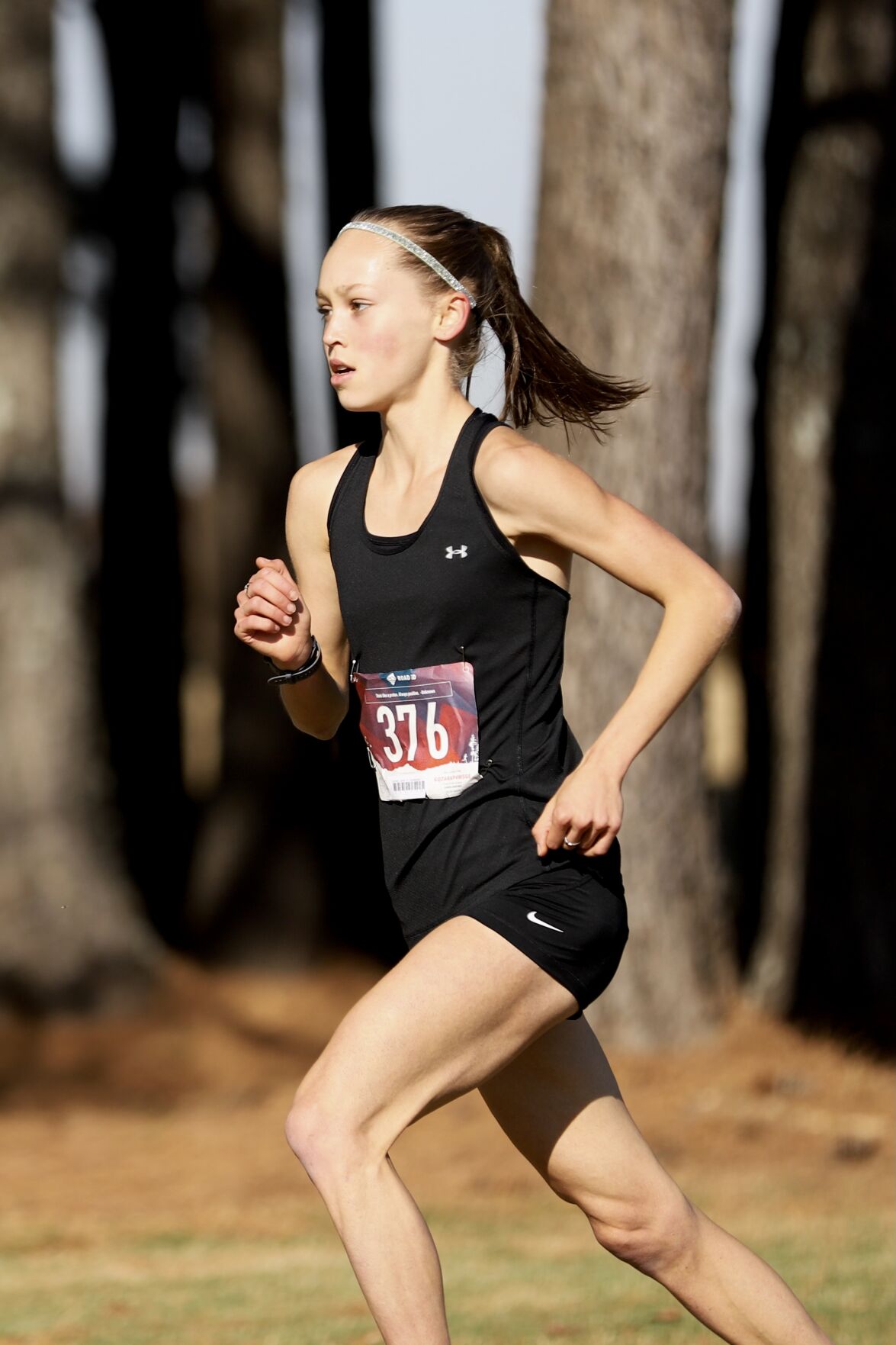 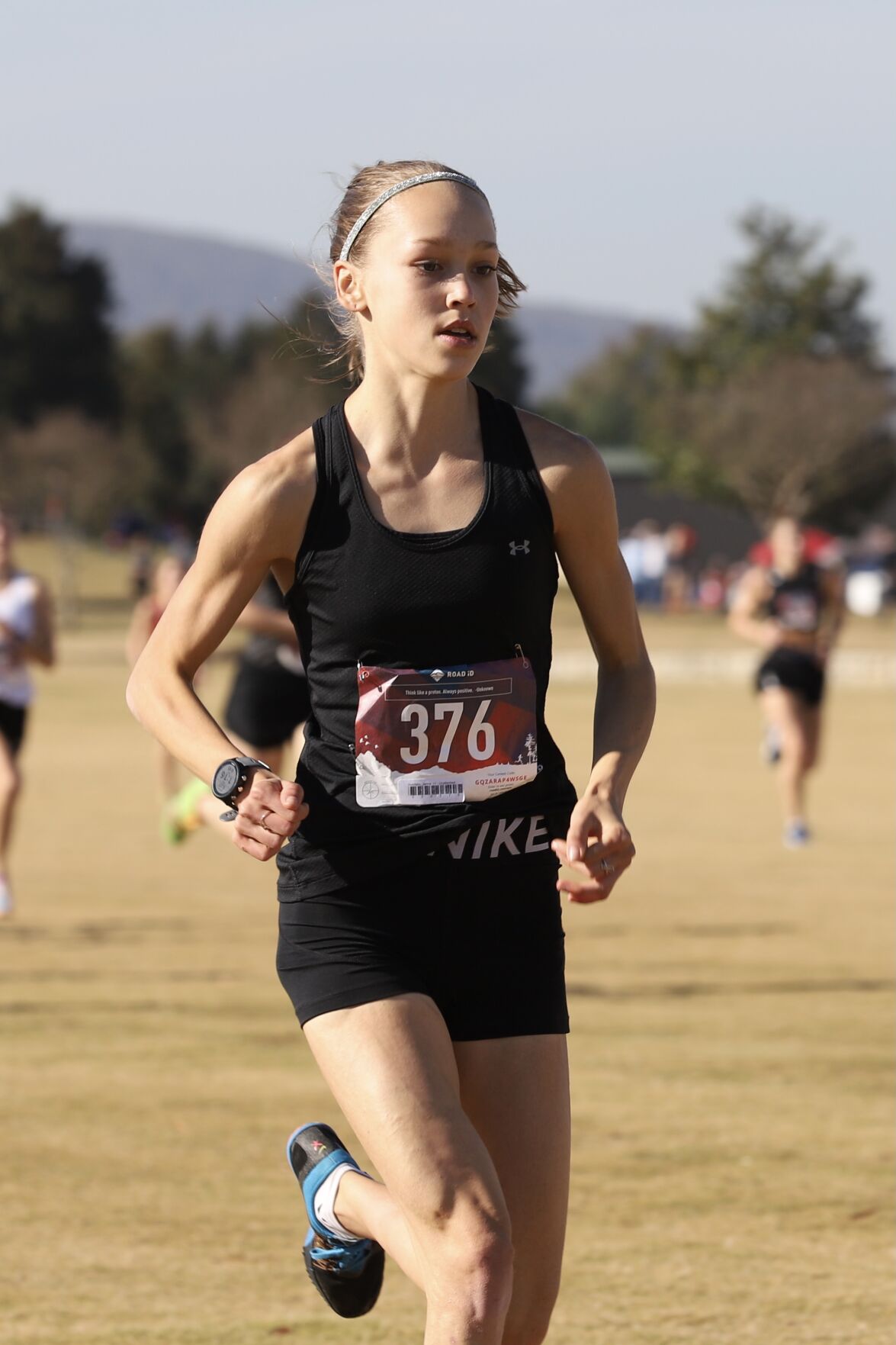 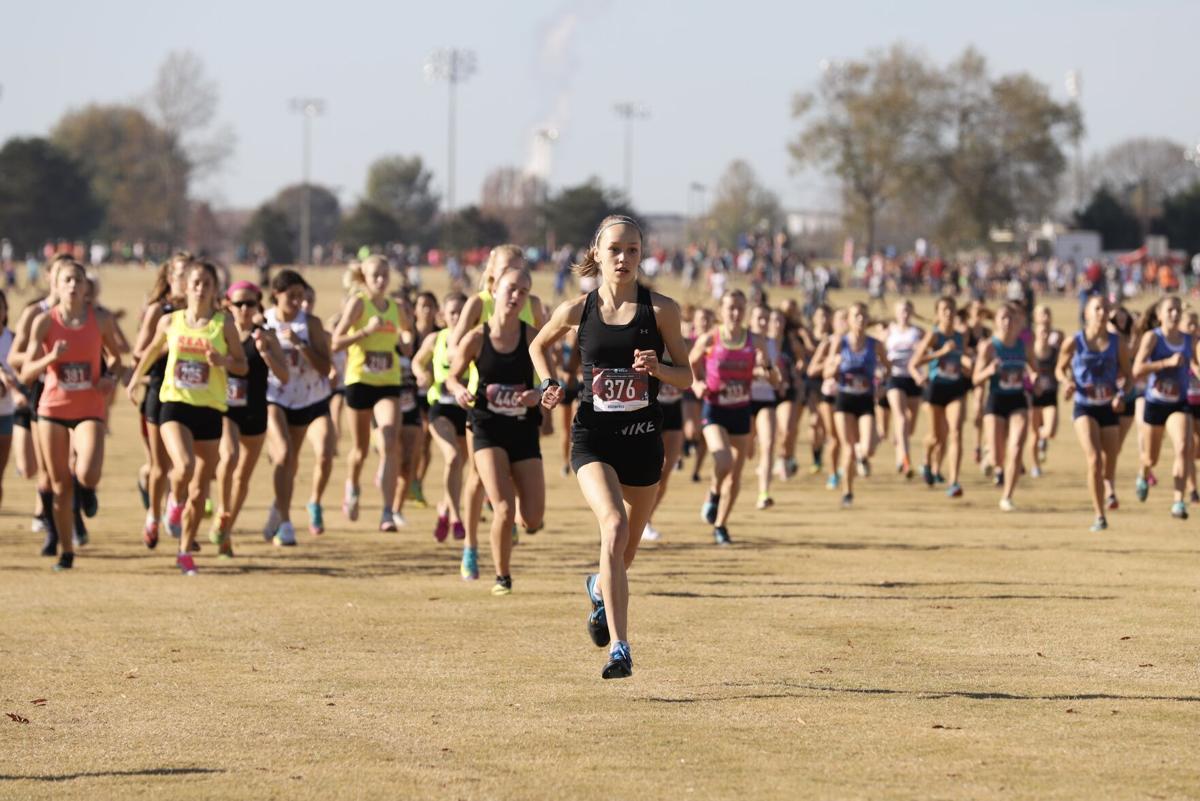 Now she can add “barrier breaker” to that list.

On Saturday morning at the RunningLane Cross Country Championships’ gold division, she emphatically cemented herself in the history books of high school distance running.

Hutchins — the top-ranked harrier in the country per US Milesplit — blazed the John Hunt Running Park 5-kilometer trek to a win in 15:58.42, becoming the first high school girl to ever break 16 minutes on a cross country course. Her winning time broke the previous national record by eight seconds, her own Tennessee state and Alabama soil record from earlier this season by 27 seconds and the course record by one minute and 38 seconds.

Her next closest competitor was 58 seconds behind.

“It’s a real honor to be the first one to break a barrier,” Hutchins said. “It really wasn’t something that was on my mind going in. The main goal was to go out and win.”

Tennessee High’s Zoe Arrington was another top performer, finishing in 15th place with a new personal best of 17:49.59.

HOW THE RACE WENT

Hutchins got out fast per usual, taking the lead from the start and clocking her first mile in 5:01.7. Her lead had already grown to 19 seconds over a field that represented nine different state champions from across the country.

“I felt really good going out and it felt really comfortable,” she said. “I approached it like any other race this season. I wanted to take it from the gun and just settle in.”

The second mile, which does have a few rolling hills, was the slowest on the day, coming through in 5:17.2. Her two-mile time of 10:18.9 would place high in most local boys 3,200-meter track races.

“I tried to conserve some energy because I knew there were some sharp hills in the second and third mile,” she said. “When I came through and I saw my time, I knew that I was on pace for the record. There were spectators and people in the back of the cart cheering me on.

“I fed off of the energy from the crowd and it was an all-around great atmosphere.”

Her lead at the second checkpoint had grown to 35 seconds and she kept the pedal down.

In order to get her name into the record books, she needed a fast last mile and a little bit of grit being out in front of the rest of the runners by almost 200 meters.

“I came around the turn into the finish and I could see the clock and I knew it was going to be close,” she said. “At that point, I really just focused on maintaining form and having a good arm drive.

“When I found out that I ran under 16, it was really surprising,” Hutchins said. “Like I said, it’s a big honor and I felt like I represented Science Hill, Johnson City and Northeast Tennessee really well.

“With all the uncertainty this year and not knowing if we were going to race at all, it was great to come out here and run against all of these great girls.”

In addition to polishing off her fall season unbeaten, Hutchins now owns six of the top seven fastest times in the state’s history.

Included is her state meet and Tennessee record of 16:30.84 set at Sanders Ferry Park in Hendersonville on November 5.

She’s also won the Gatorade state Player of the Year award three times — twice for outdoor track and once for cross country.

“I’m looking at doing one last outdoor event in a couple of weeks, but I’m not sure yet,” she said. “It’d be a great way to see where I am after this great cross country season.”

Only eight other prep female distance runners have broken 16 minutes for 5K on either an indoor or outdoor track.

Hutchins’ cross country mark would be ninth all-time on the track.

Even though Jenna Hutchins has proven herself over and over again on the big stage, she’ll get one more chance this weekend to solidify her No…