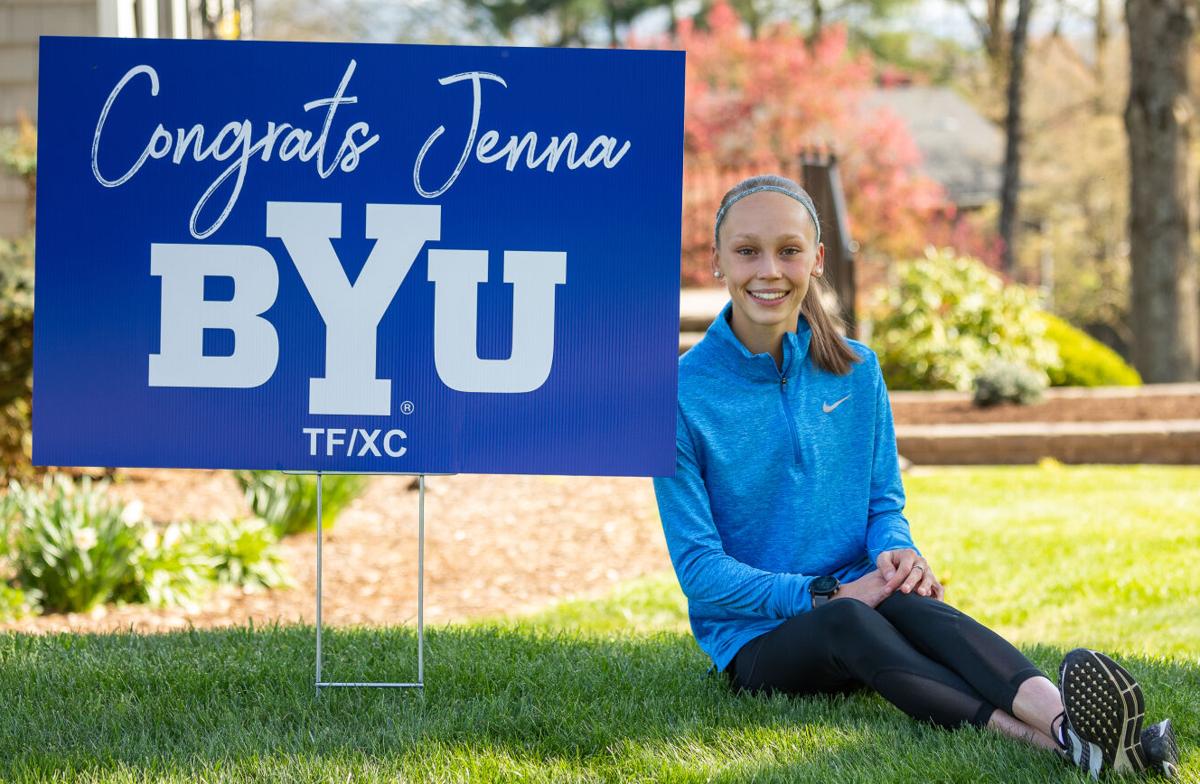 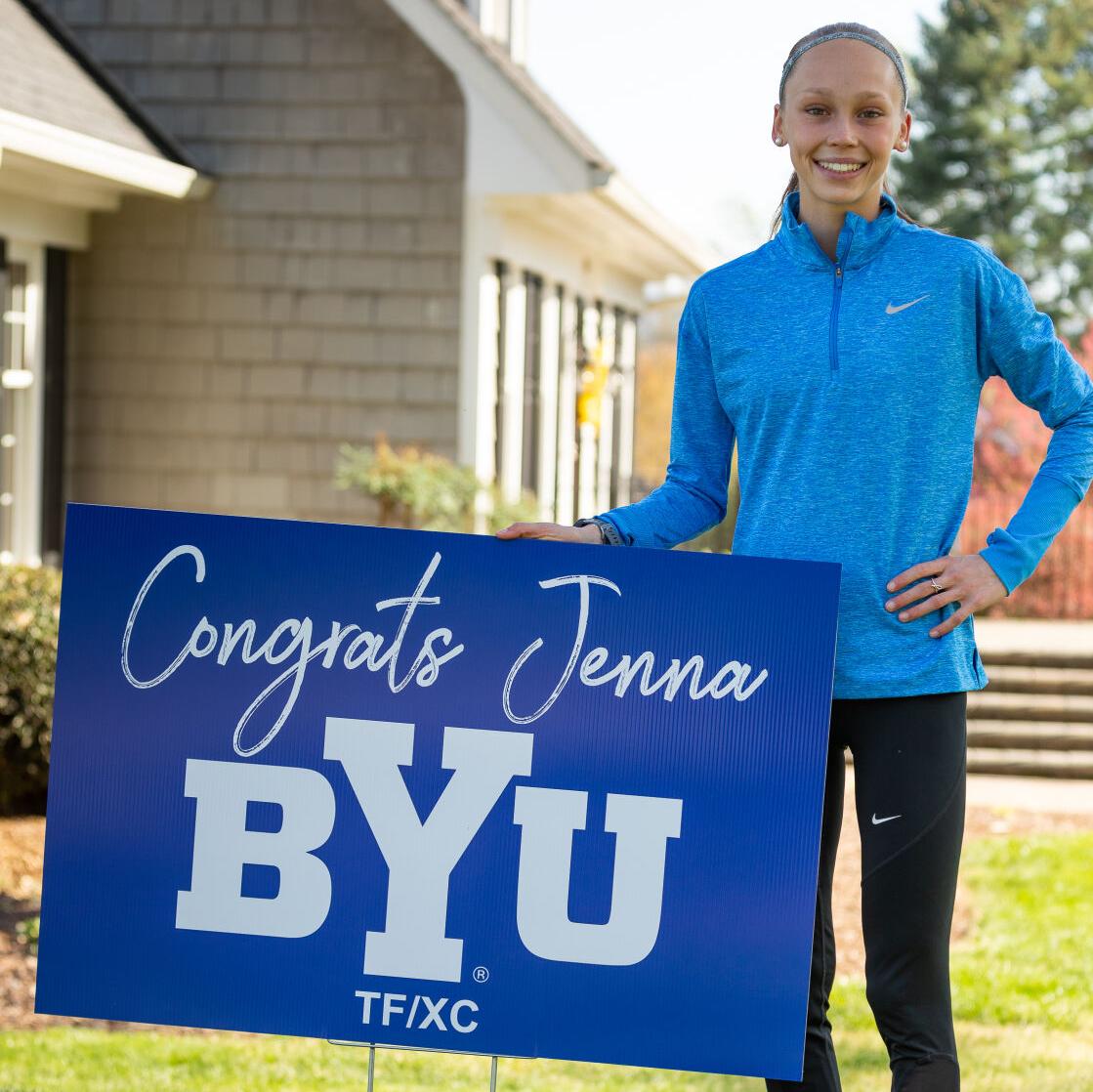 One of the nation’s top recruits has made her college decision.

Science Hill junior distance runner Jenna Hutchins announced Monday that she will be continuing her academic and athletic career at Brigham Young University.

Hutchins — the current national leader in the 3,200 meters (9:52.33) — brings with her numerous honors and four individual state championships in cross country and track and field.

“Overall, it was just the team atmosphere and everything that Coach (Diljeet) Taylor was able to provide that no other program offers,” Hutchins said. “She really cares a lot about her athletes as people first. She’s just as passionate about her job as a coach as I am about running.

“That’s hard to do because I love running so much.”

BYU is coming off of a NCAA cross country national championship back in March in which the Cougars won handily over North Carolina State, 96-161.

The top finisher for BYU was senior Anna Camp, who covered the 6-kilometer course in 20:28.3 and finished 11th.

“It was great to see them win, but I had already made my decision a long time before that,” Hutchins said. “It made the connection better with the team since we had just taken a visit out there a week or two before as a family.”

Hutchins remarked that Taylor contacted her early in the recruiting process and quickly established a strong relationship.

“Although I’m not a member of the Church (of Latter Day Saints), I have a lot of friends here that are members and that makes me feel a little bit more comfortable,” she said. “Coach Taylor makes every person on the team feel appreciated and we all have the same value on the team.”

Some of Hutchins’ other college choices included Stanford and Notre Dame.

The training environment will be a little bit different for Hutchins as well. Johnson City is only 1,634 feet above sea level while Provo, Utah, sits at 4,551 feet.

The lack of oxygen will take some adjustment, but once she adapts, her performances at lower elevations will soar.

“I’ve never had access to altitude and I think that will be an additional challenge,” Hutchins said. “It should help me continue to develop and get to the next level.

“I’m also a big nature person and enjoy being in the outdoors. I love the Appalachian Mountains and having those mountains out there right on top of you was really incredible.”

Hutchins also made it known that she intends to graduate early in December and begin preparation for her collegiate career.

“I’m very grateful for my strength coach Julie Stackhouse who is giving me the opportunity in Jacksonville for a month or two to get experience in the exercise/wellness and kinesiology field,” Hutchins said. “She has a strong fitness program down there. I’ll be able to help her down there with her clients and other paperwork aspects to see if that’s something I’ll be interested in doing for a living.”

Hutchins owns entirely too many records for one article, but her highlights are some of the best the nation has ever seen.

On the state level, she has two TSSAA Large Class individual cross country titles, including last fall when she blitzed Sanders Ferry Park in a new course, state meet and Tennessee soil record of 16:30.84. In the cross country season, she went unbeaten, setting a course record in all seven of her races.

On the national scale, she is a two-time Foot Locker cross country All American, finishing ninth her freshman year and fifth in her sophomore campaign.

A month later, she set a new American Junior (U20) and national high school record for the outdoor 5,000 at the Five and Dime Athletics meeting, winning the race against several professional athletes in 15:34.47.

The string of impressive performances landed her in several national and international publications such as Track & Field News, Runner’s World and on the cover of Youth Runner magazine.

“I’m incredibly blessed to have all of those opportunities and really grateful for all of those people that have helped me get to where I am today,” Hutchins said. “I still try to keep it down-to-earth. I enjoy running because it’s a passion of mine and I’m not in it for the awards.

“I would still love running even if I didn’t get all of that attention.”