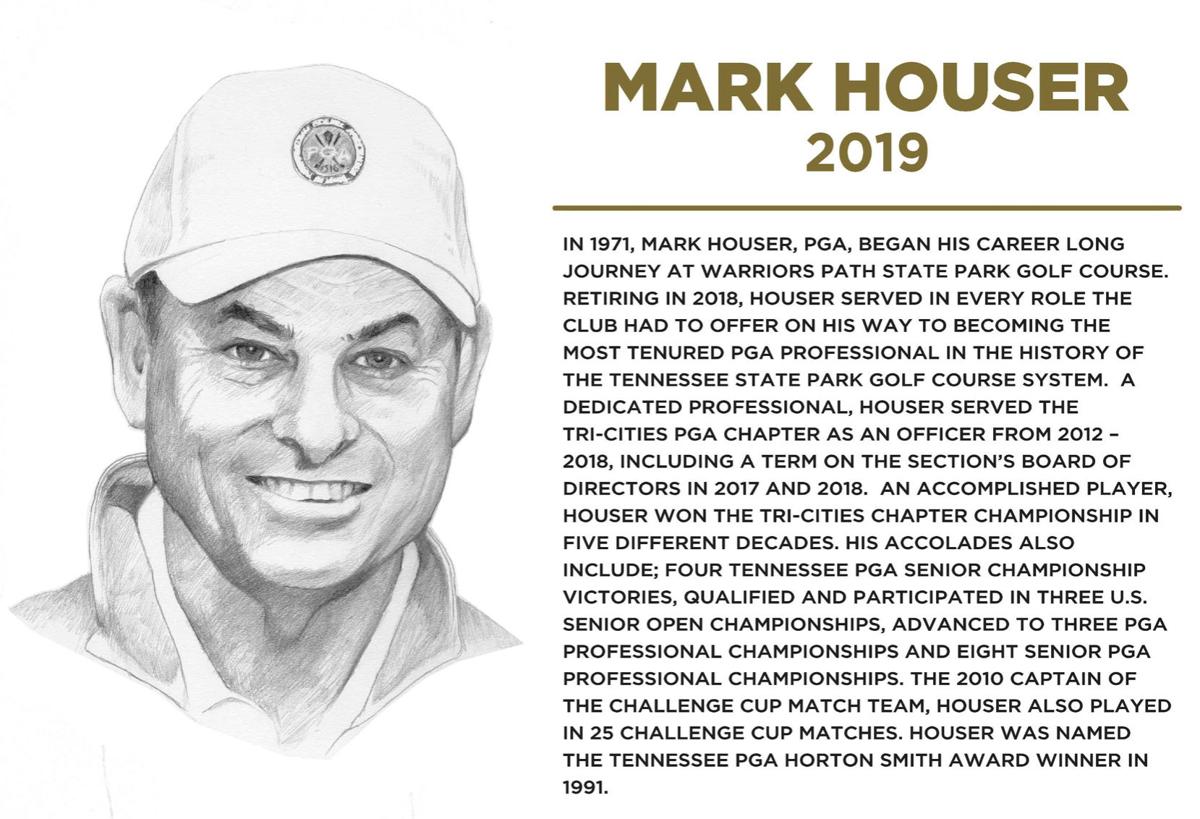 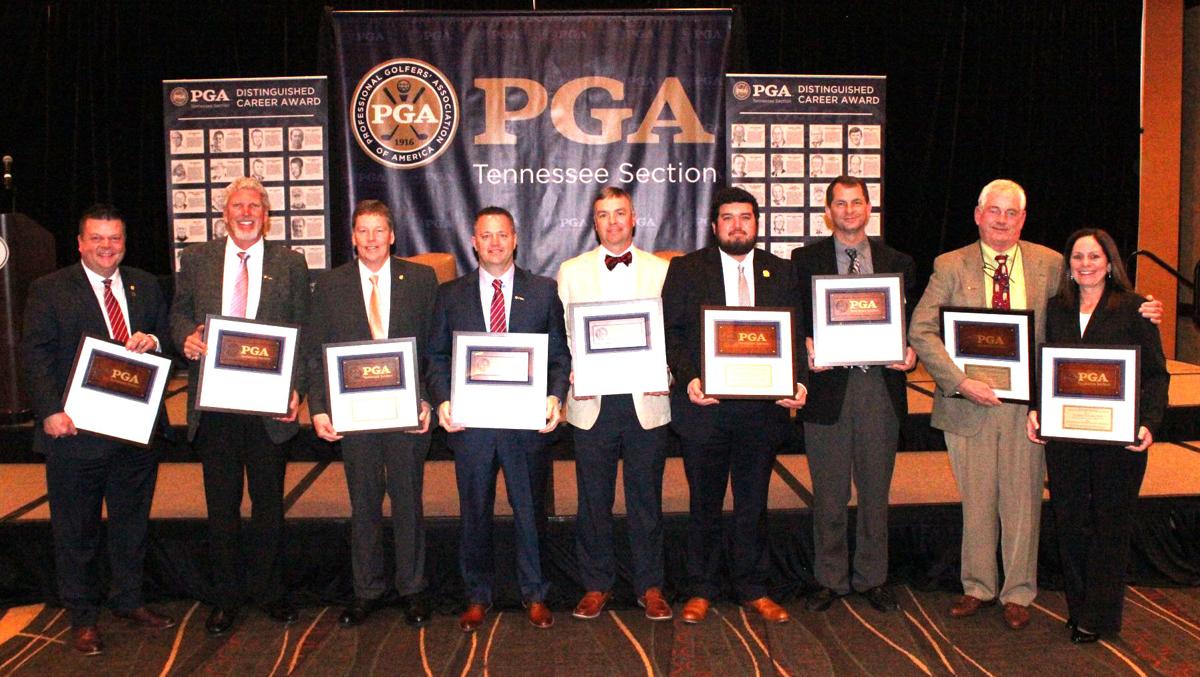 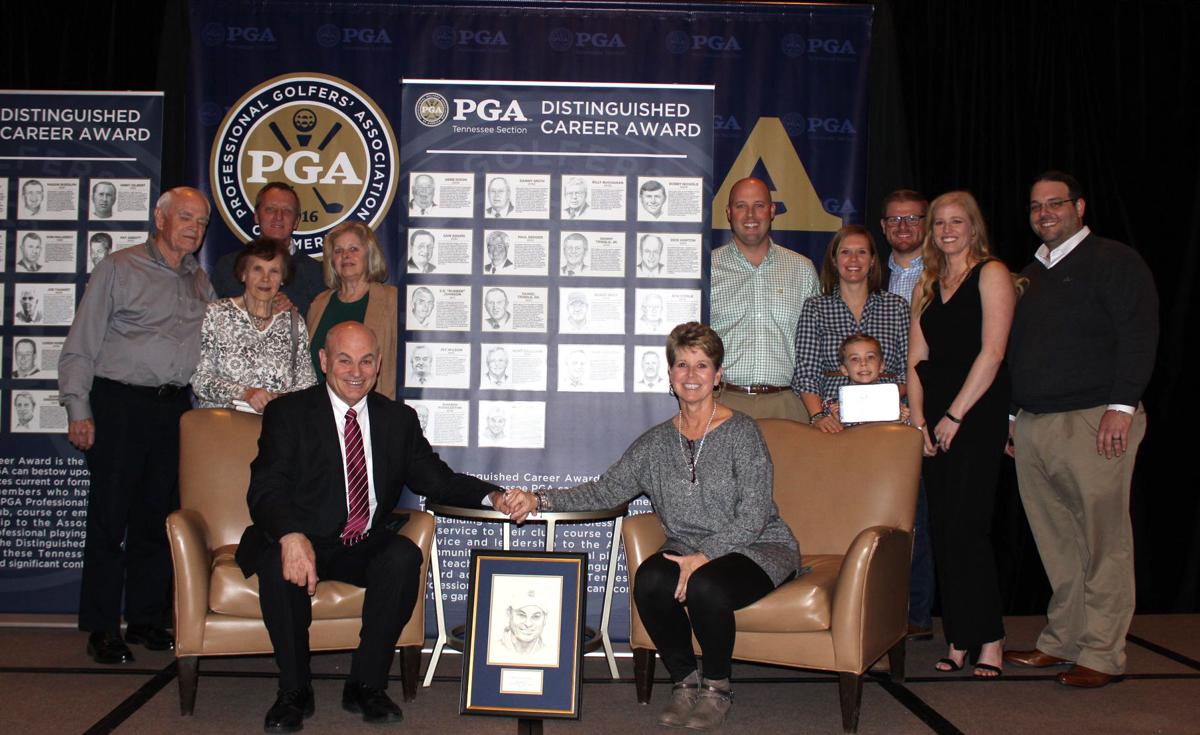 Mark Houser and family, including wife Melissa, were all smiles as the awards ceremony.

Mark Houser and family, including wife Melissa, were all smiles as the awards ceremony.

Houser was given the Distinguished Career Award, which recognizes current or former Tennessee PGA Section members who have had an outstanding career, based on service to his or her club, course or employer, service and leadership to the PGA, community service, professional playing record and teaching ability. He spent his entire career at Warrior’s Path before retiring last year.

The private merchandiser award was instituted in 1980 and the public award came around in 1981.

Beachner’s award, established in 2005, is the top honor that can be given to an assistant pro in Tennessee. He has since been promoted to head professional at the Johnson City club.