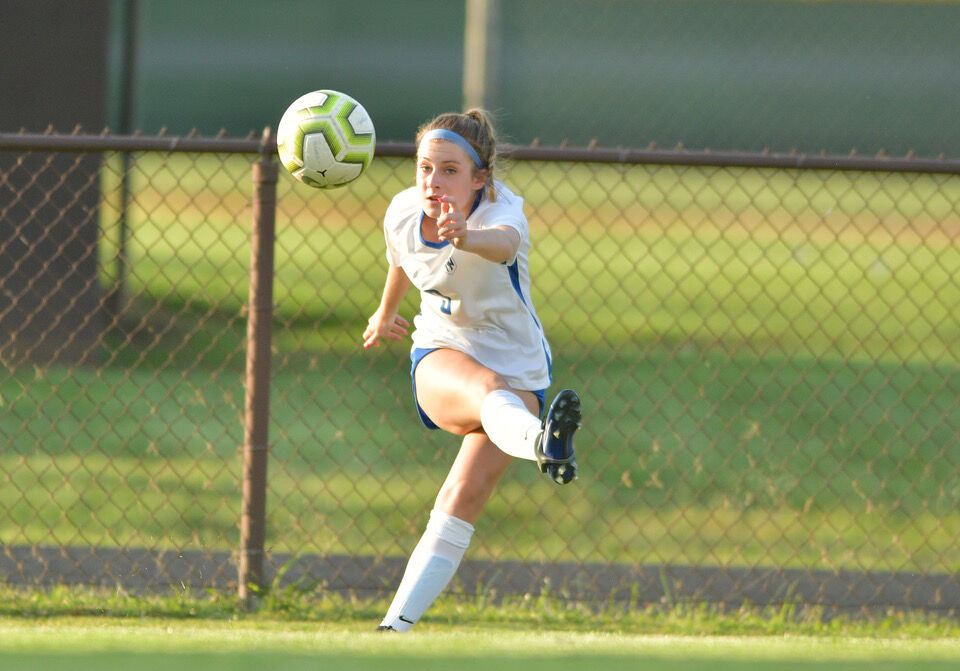 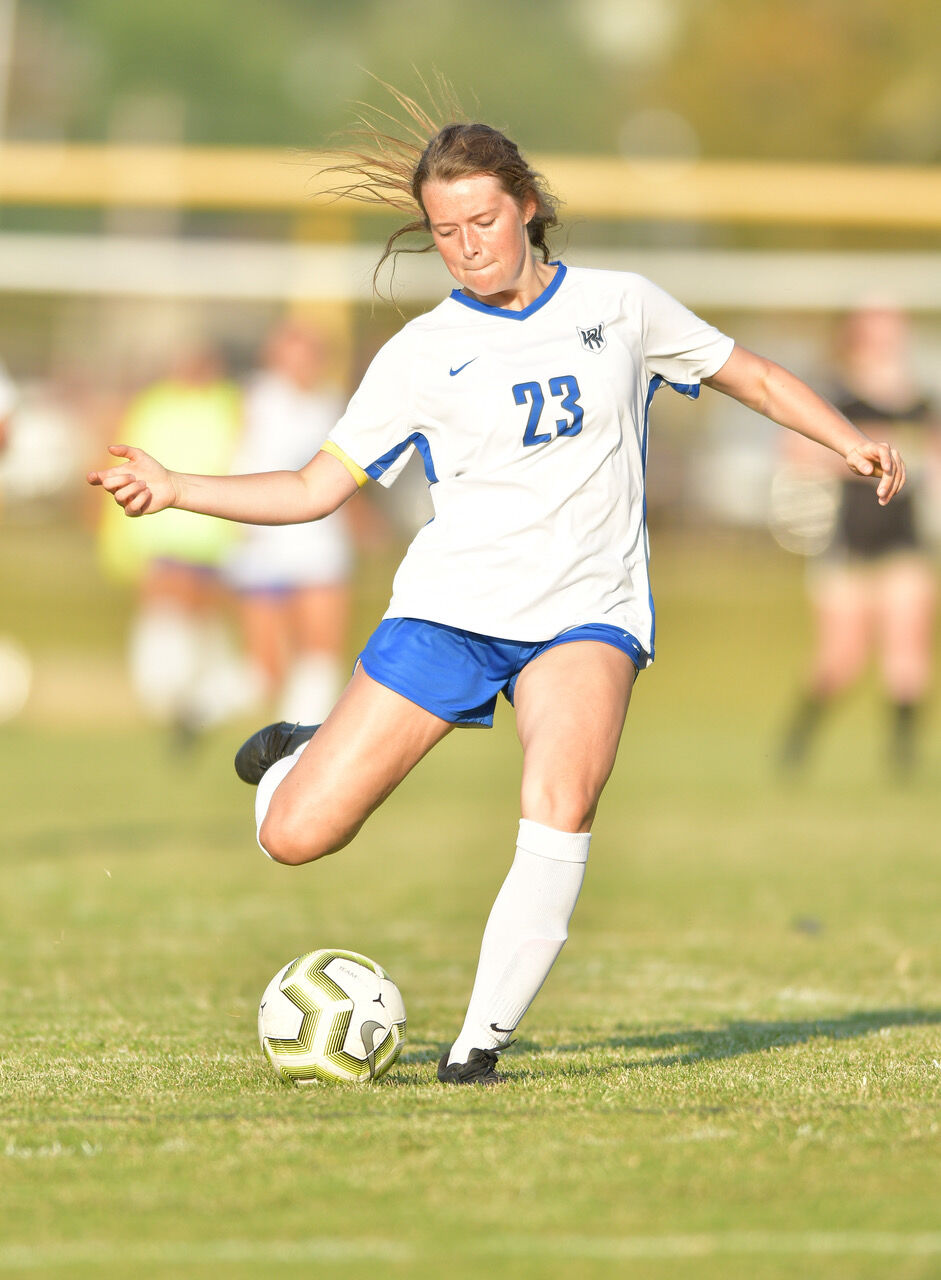 Emma Niebruegge gets ready to strike the ball in West Ridge’s 2-1 win over David Crockett on Tuesday.

Emma Niebruegge gets ready to strike the ball in West Ridge’s 2-1 win over David Crockett on Tuesday.

West Ridge picked up its first girls’ soccer win in program history with a 2-1 victory at David Crockett on Tuesday night.

Sydney Ferrando scored in the 25th minute, a long-range boot from 30 yards out. Two minutes later, West Ridge got the ball over the head of a Crockett defender and Reagan Murphy dribbled in for a 1-on-1 shot and the 2-0 lead.

After the Lady Pioneers scored midway through the second half, Jaelyn West stayed tough in the net as the Lady Wolves held on for the win. West finished with eight saves.

Ava Flanary scored the first goal with an assist from Lyons. Nash, the keeper, was given the honors of scoring on a penalty kick. Pickup added to the lead with her goal in the 25th minute.

After Boone scored, Flanary booted one in the net in the 47th minute for the final goal.

BRISTOL — Megan Burleson had two goals and an assist leading the Lady ’Toppers over their former conference rivals.

Sarah Winegar and Taylor Castle scored goals in regulation for Volunteer with Kristen Flack assisting on both. Sullivan East’s Loren Hensley scored on a penalty kick in the second half to send the game to overtime.

Riley Brinn had 20 kills in a losing effort for Daniel Boone, while Kyleigh Bacon had 11 kills. Rylee Wines had 43 assists and Allie Davis had 23 digs.

Emma Green and Addison Deitz finished with nine digs and Taylor Spears had seven digs. David Crockett did not submit any statistical leaders.

Sydnee Pendland was all over the place on defense for the Lady Vikes, picking up 23 digs. She also served up six aces. Madison Curtin and Eliza Rowe dished out 21 and 15 assists, respectively.

Veda Barton had 16 kills and 13 digs to lead the Lady Falcons. Chloe Redwine finished with 19 digs and nine kills. Sydney Cloud finished with 34 assists and 16 digs, while Emily Christian had 13 digs.