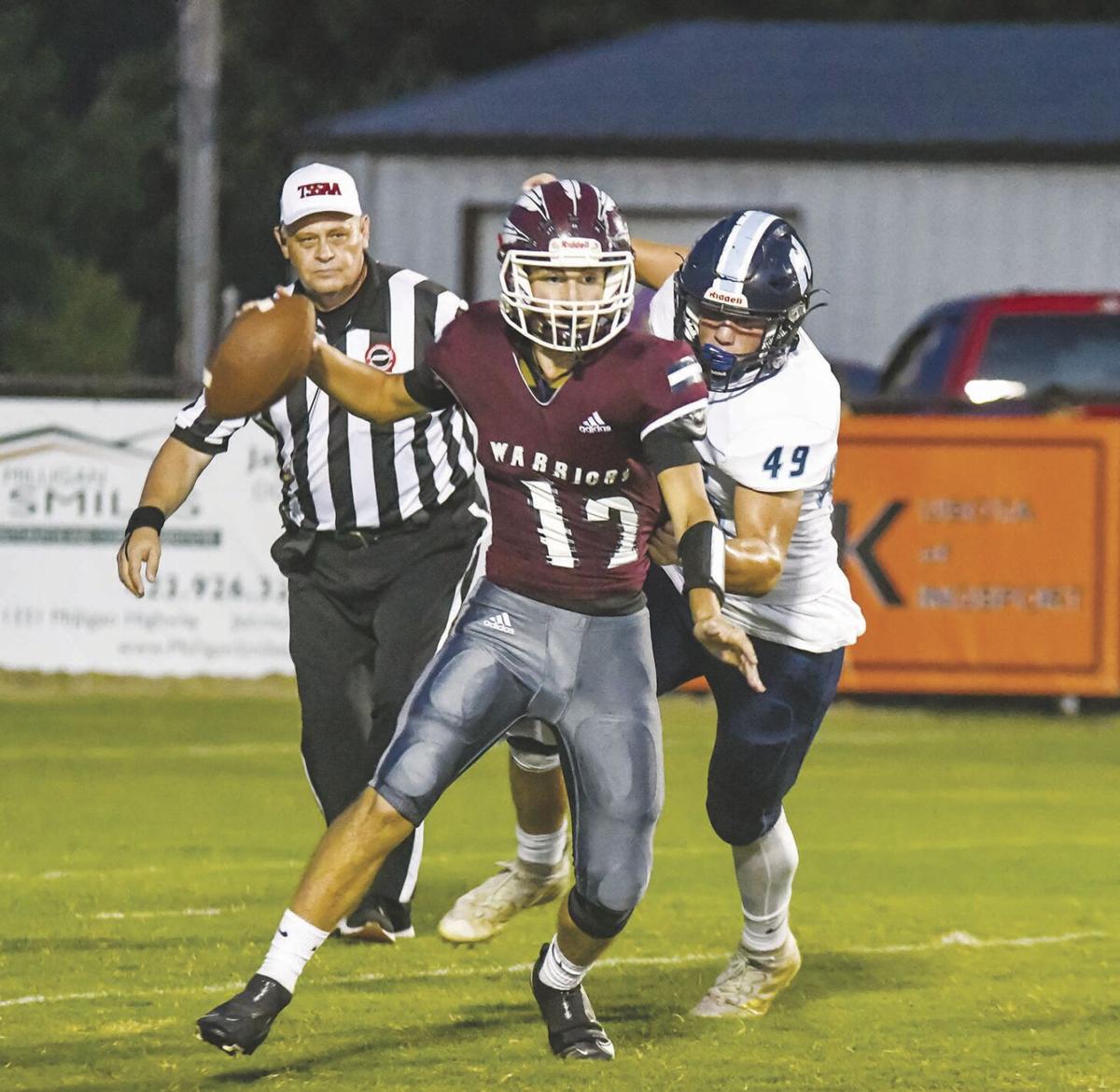 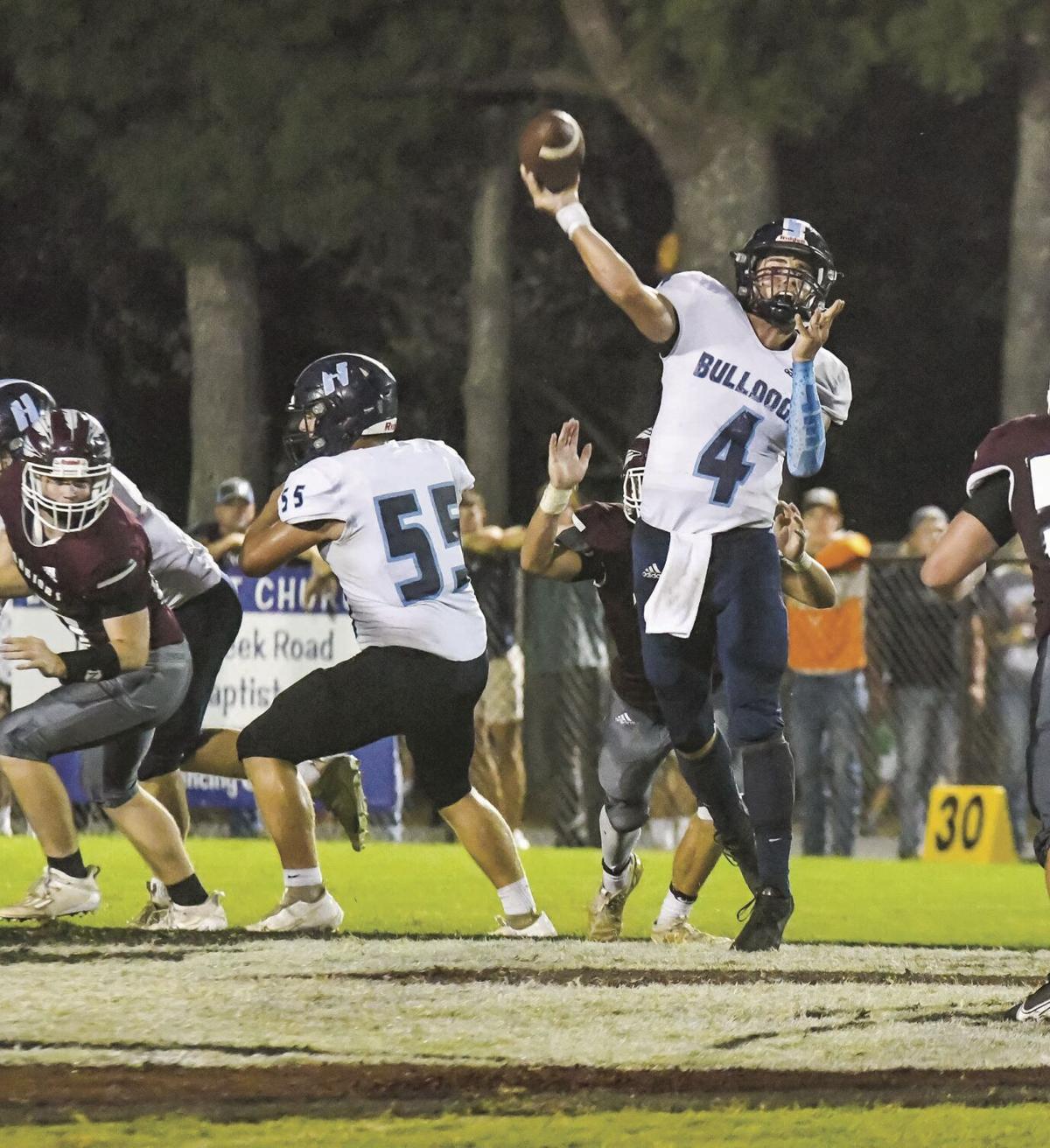 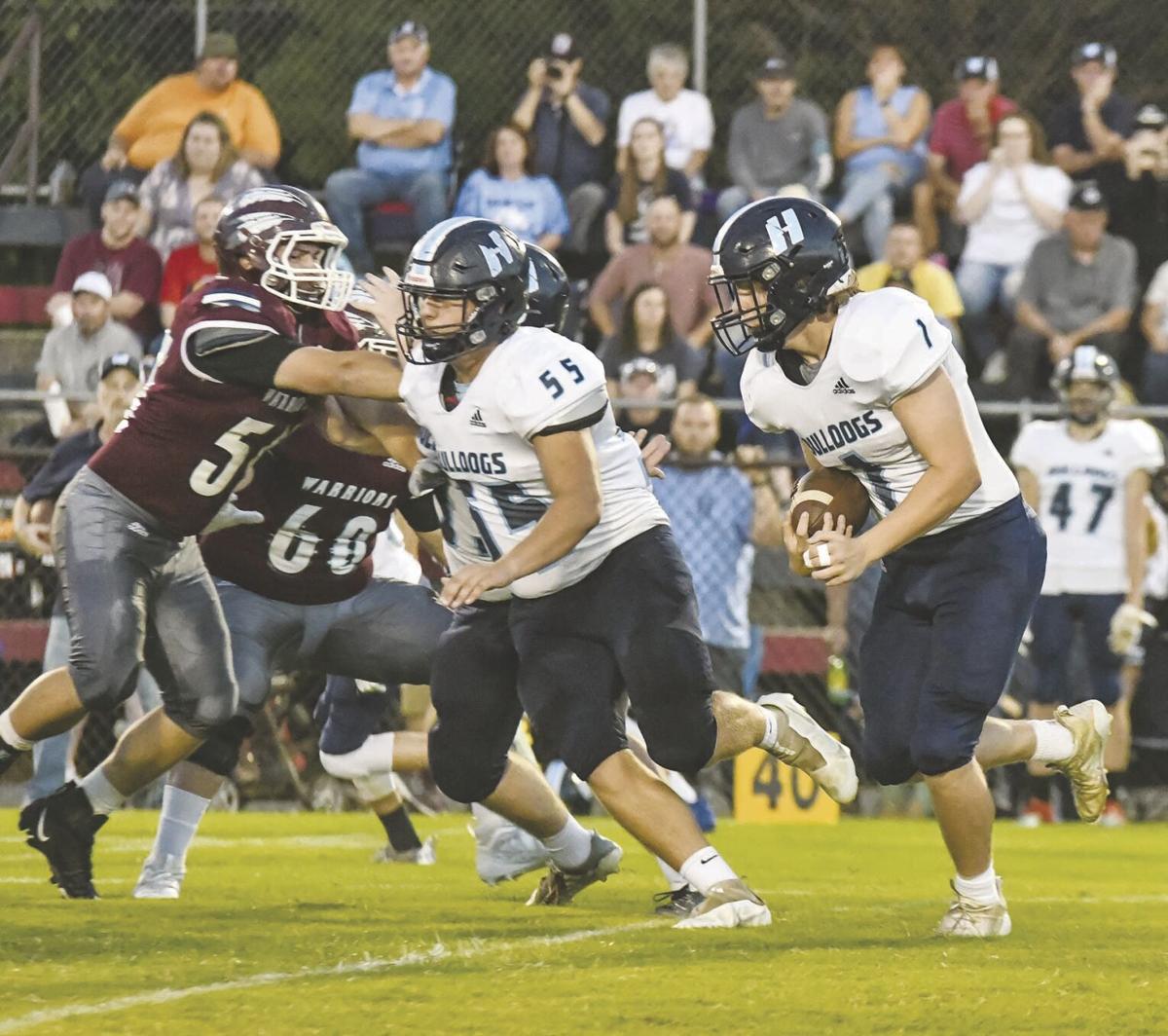 ELIZABETHTON — Hampton turned up the offense in the second quarter and never looked back.

The Bulldogs scored 28 points in the second frame to take a 48-0 victory over Happy Valley in a Region 1-2A football game on Warrior Hill on Friday night.

The Hampton win sets the stage for a big game with South Greene on Oct. 1 with control of the region race on the line.

The game had a defensive tone in the opening 12 minutes as the teams traded punts on their opening possessions.

Hampton got the first score of the game in the final minute of the first quarter as Conor Jones scored from five yards out.

Happy Valley ended the quarter as Andrew Little hit Jamie Easterline for a 38-yard completion to move into scoring position.

However, the drive stalled as the Warriors were unable to capitalize.

The Bulldogs turned up the offensive pressure in the second quarter. Hampton scored three offensive touchdowns and along with a defensive score.

Levi Lunsford scored off a 4-yard run, while Jones hit Chance Point for a pair of touchdowns — from 46 yards and 25 yards out — in the quarter, while Tyler Thompson returned an interception for 61 yards.

Dylan Trivett had a hand in a pair of second-half touchdowns as he returned a punt for a touchdown and hit Josh Sweeney for a 58-yard touchdown in the fourth quarter to cap the scoring.

Lunsford led the Hampton rushing attack as he had 59 yards on nine carries, while Johnathan Greenwell had seven carries for 47 yards and also added 39 yards on four catches.

Little had 42 total offensive yards to lead the way for Happy Valley.

As a team, Hampton outgained the Warriors offensively 369-51.

Hampton will have a bye week before hosting South Greene on Oct. 1 at J.C. Campbell Stadium. Happy Valley will travel to Stoney Creek next Friday to take on Unaka in non-conference action.