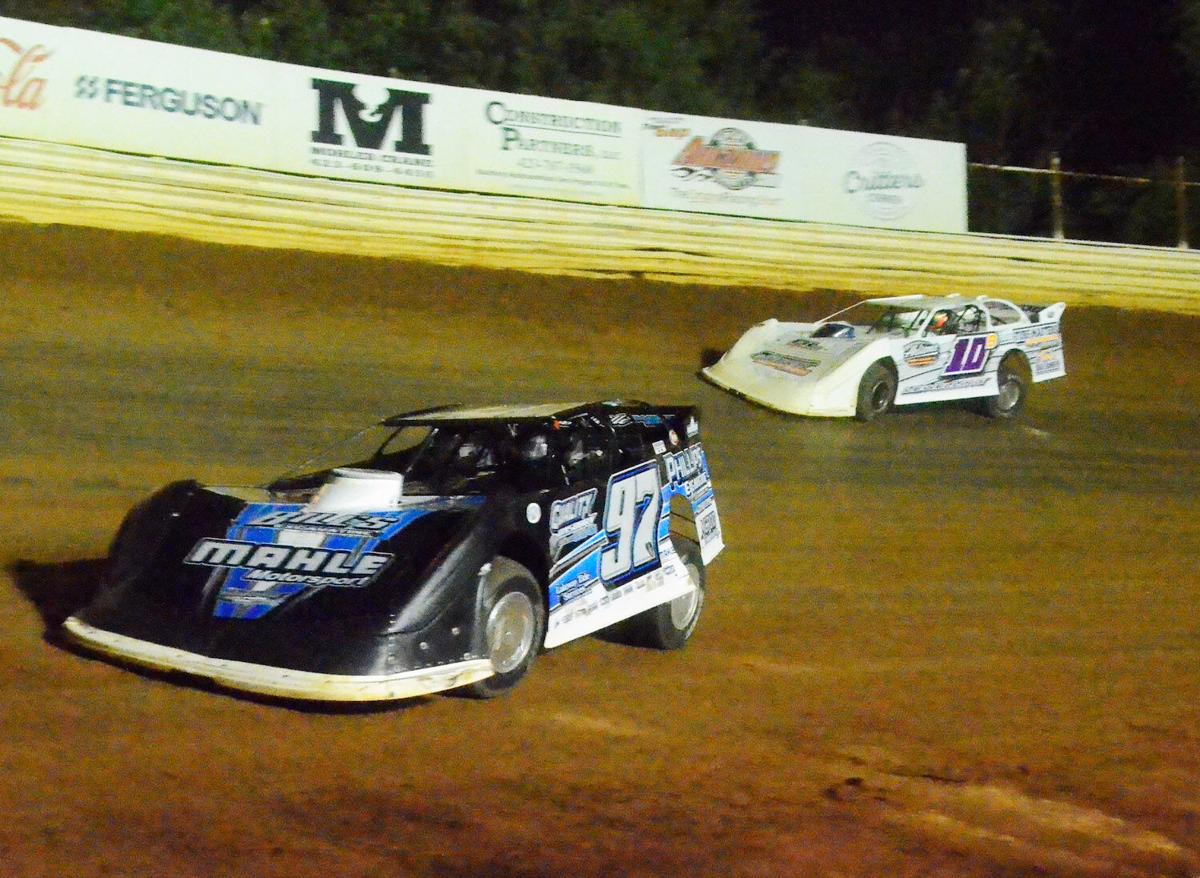 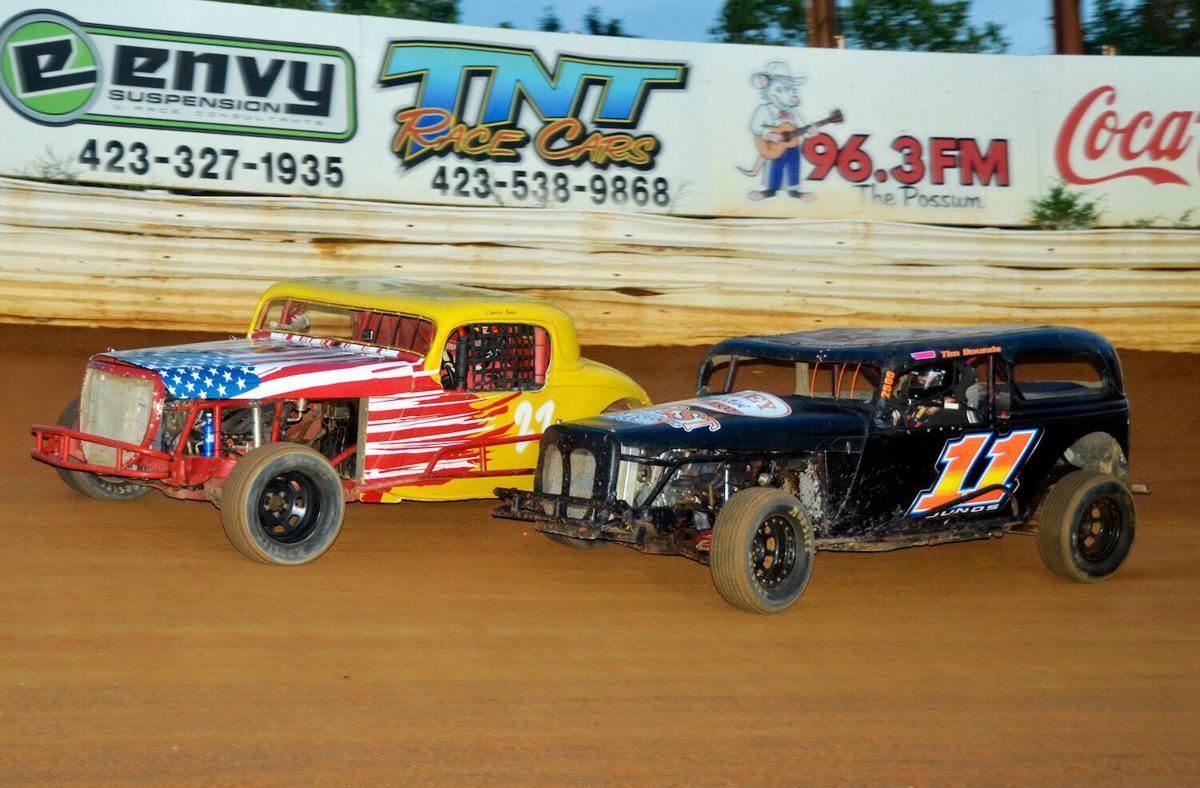 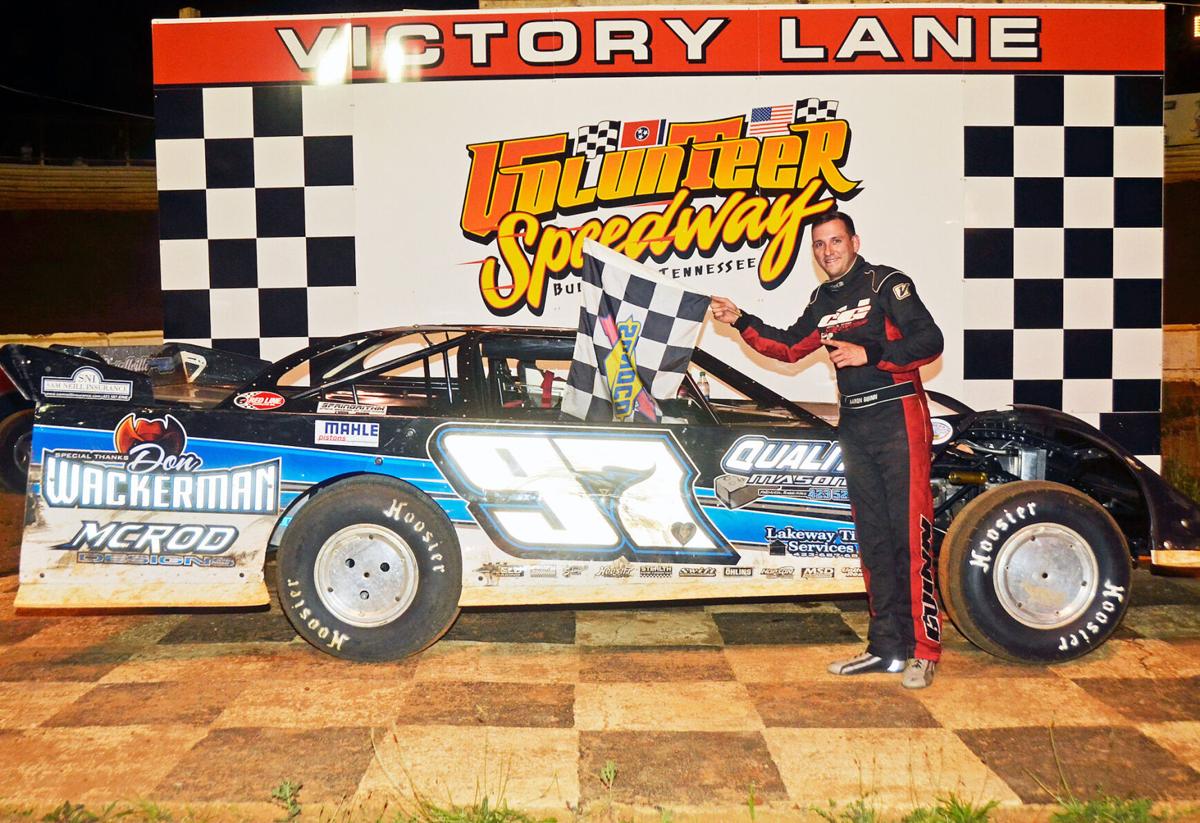 The Russellville racer grabbed the lead at the start of the 25-lap race and led wire-to-wire to pick up his first win of the season on the 4/10-mile dirt track.

While his black and blue No. 97 set the pace, the racing was intense behind him, particularly the battle between Bradley Lewelling in the No. 10 and Jason Cardwell in the No. 07 machine.

As Guinn pedaled to the win, Lewelling emerged with the runner-up spot, followed by Cardwell. Rusty Ballenger, a three-time winner at Volunteer this season, was fourth and Travis Fultz rounded out the top five.

Johnson City driver Charles Bates won for the second straight week and the third time this season in the Classic division. Driving the yellow No. 27 machine, he held off a hard-charging Tim Bounds for the win. Chuck Killian, another Johnson City driver, finished third.

Logan Hickey of Morristown captured the Street Stock win, while Brandon Crawford of Rogersville claimed his first-ever win at “The Gap” in Front Wheel Drive.

Hickey had to get up on the wheel to record his third straight Street Stock feature win. He was chased to the finish by Colby Long and Tracy Wolfe.

Over the past several years, Crawford has competed in the Modified Street, Classic and Front Wheel Drive classes. Finally all the cards fell into place for Crawford, who rolled to the victory over Cody Bean and Amy Williams for his first win.