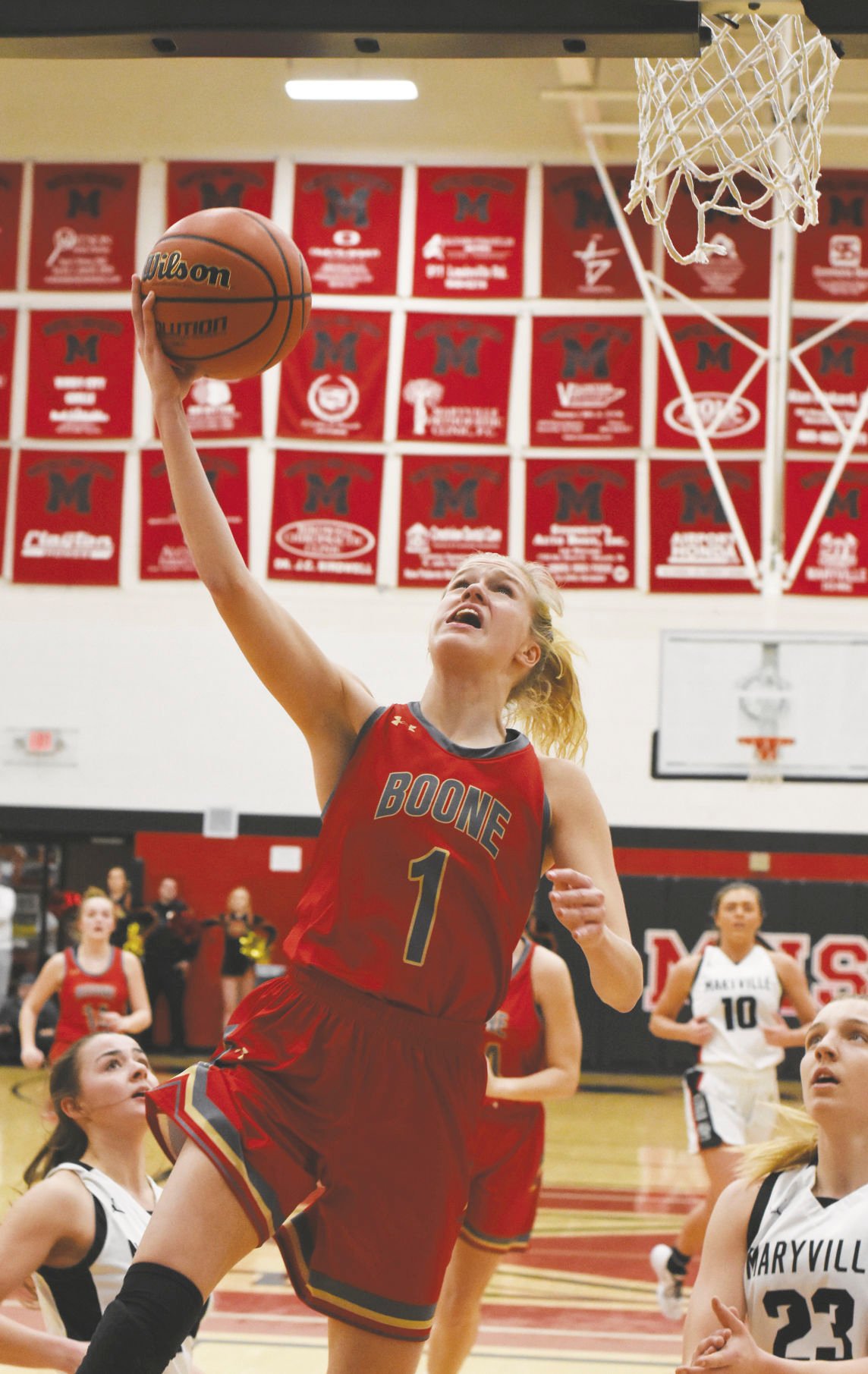 Daniel Boone's Madi Runnels gets behind the defense for an uncontested layup. 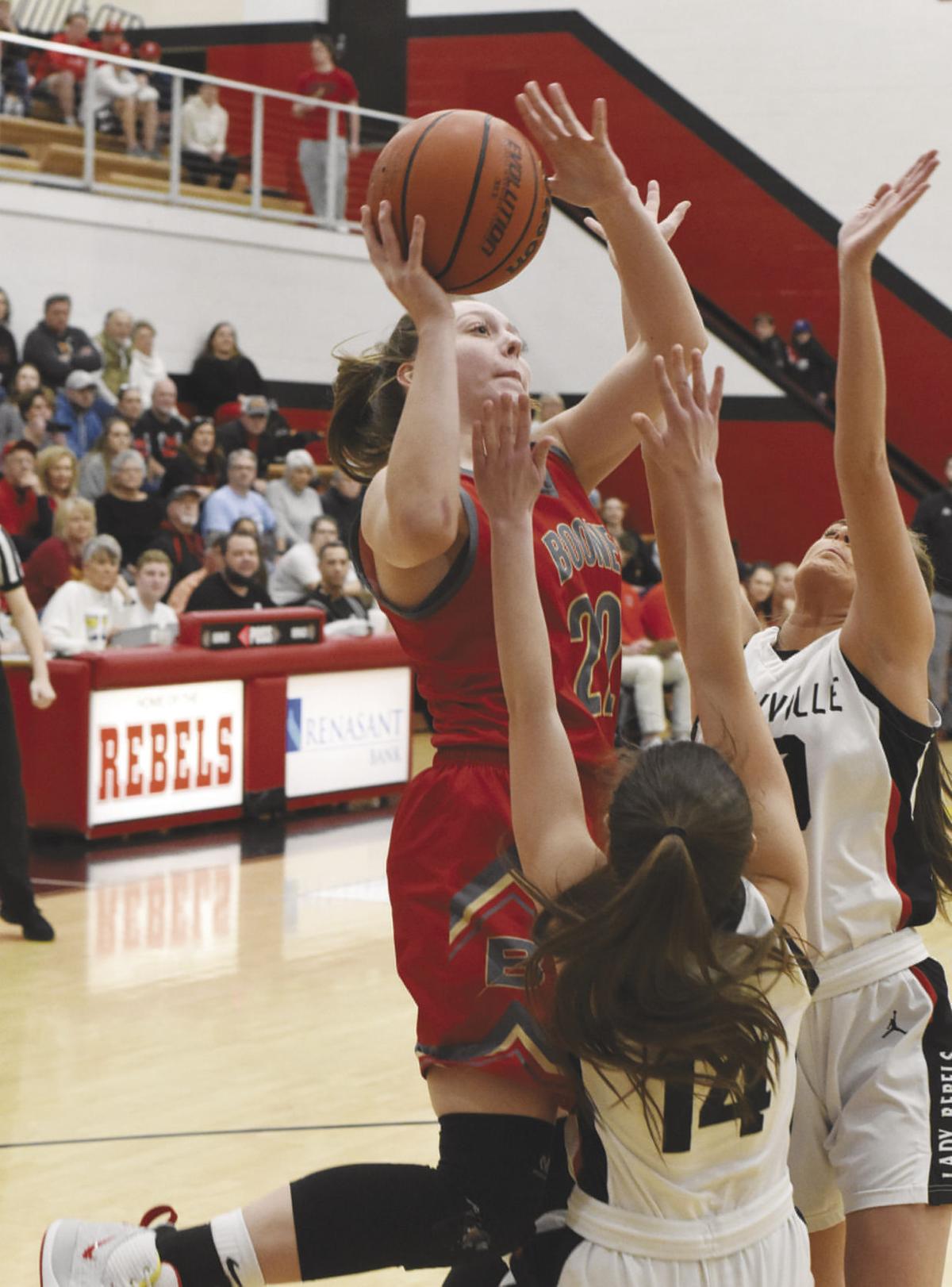 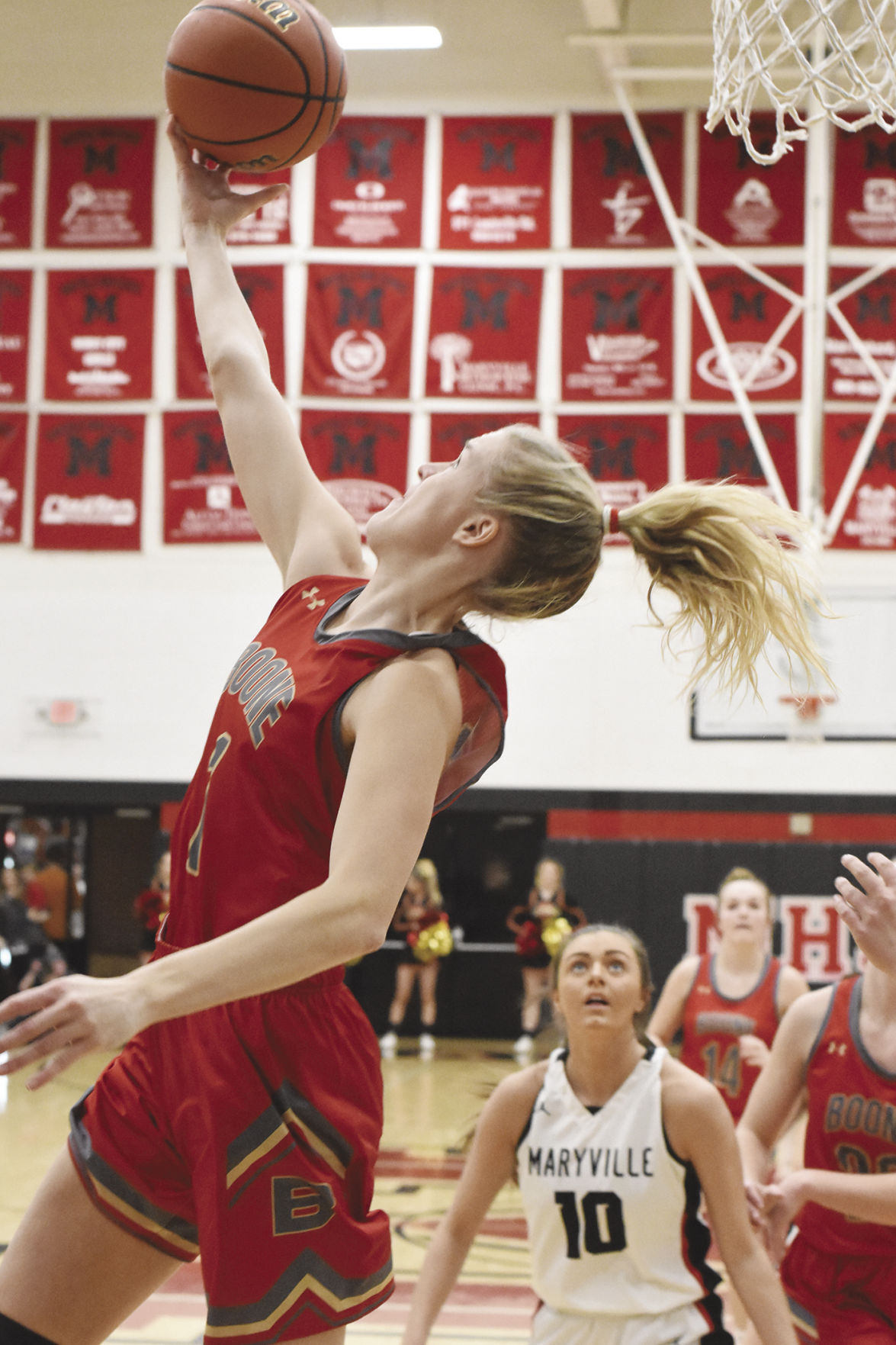 Madi Runnels corrals a rebound for the Lady Trailblazers.

Daniel Boone's Madi Runnels gets behind the defense for an uncontested layup.

Madi Runnels corrals a rebound for the Lady Trailblazers.

She already has offers from schools such as Cincinnati and Tennessee Tech.

In the final game of her high school basketball career, Boone’s Jaycie Jenkins finished with 21 points — 16 coming in the second half. Senior Madi Runnels had a solid farewell performance, scoring 15.

“Not too many people believed in us when the season started,” Daniel Boone head coach Beau Hauldren said. “What just happened for us going to (sectional) is the expectation for Daniel Boone Lady Trailblazers basketball. I didn’t set that expectation, but the people that came before me like Travis Mains and Tim Campbell set that standard. There have been high expectations for this program.”

The Lady Trailblazers (20-13) were in the game early, but started to overplay on Fritz and that left Maryville’s shooters wide open in multiple spots.

Grayson Patterson hit three straight 3-pointers in the second quarter, pushing the Maryville lead to 28-14 with 3:39 left in the half.

After the Lady ’Blazers cut the lead down to eight points, Maryville went on an 11-1 run to end the period and take an 18-point lead into the locker room.

Patterson was the other Lady Rebels player in double figures, finishing with 11.

Gracie Midkiff was also deadly from beyond the arc, finishing with nine points. They all came in the third quarter on three straight treys.

“Fritz is good,” Hauldren said. “They have about three good horses, but Fritz was the stallion that stood out.”

However, the hole was just too big and the Lady Rebels had an answer when Boone got close.

“We poured it all out during that last quarter to quarter and a half, but we knew we couldn’t sustain that the whole game,” Hauldren said. “They’re a good team and that’s why they’re in the (sectional), but we’re a good team, too.”

For the seniors like Kayla Gibson and Jenkins, players who have been with the program for four years, this was their third sectional appearance.

“I couldn’t be any more proud of this team because of their heart, grit, determination and character,” Hauldren said. “We have good people on our team. … These seniors have left a legacy and these girls behind them have to step up to match that.”