Former ETSU standout Seamus Power holds up the trophy following his victory in the Barbasol Championship.

Seamus Power watches a putt on the second playoff hole after the final round of the Barbasol Championship.

Seamus Power waves to the crowd following his win on the sixth playoff hole of the Barbasol Championship.

Seamius Power lines up his putt on the 18th green in the sixth playoff hole during the final round of the Barbasol Championship. 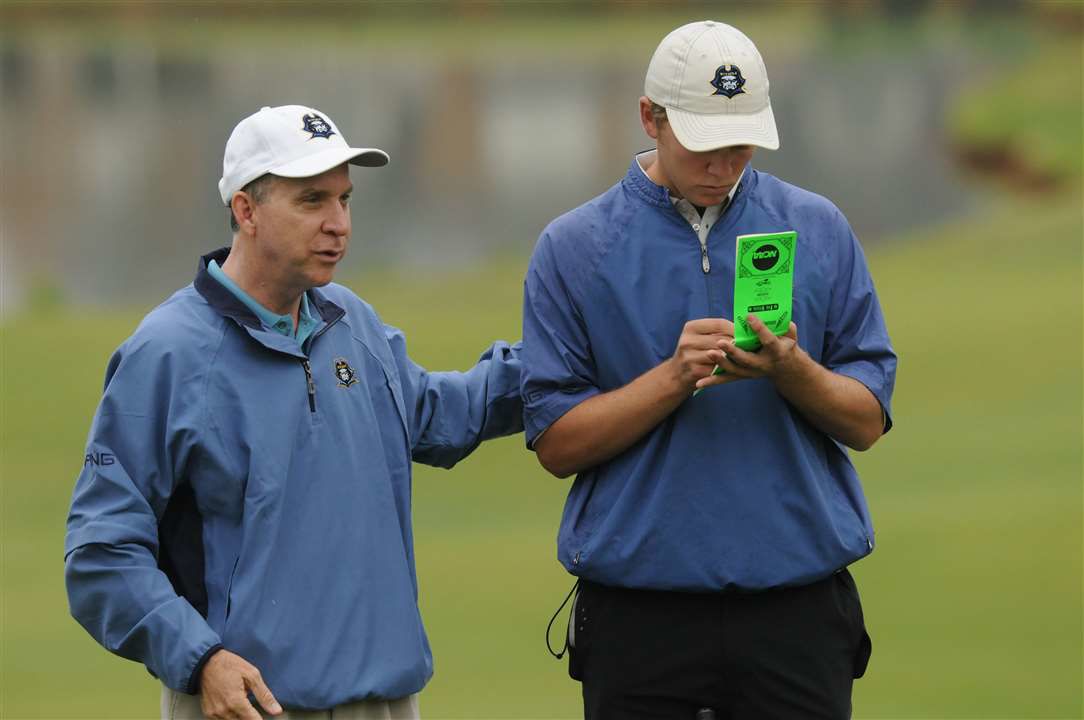 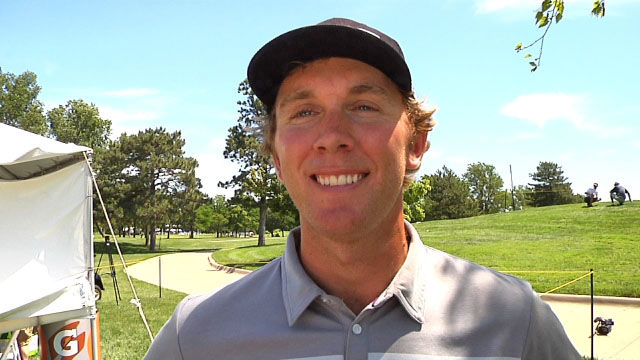 Former ETSU standout Seamus Power holds up the trophy following his victory in the Barbasol Championship.

Seamus Power watches a putt on the second playoff hole after the final round of the Barbasol Championship.

Seamus Power waves to the crowd following his win on the sixth playoff hole of the Barbasol Championship.

Seamius Power lines up his putt on the 18th green in the sixth playoff hole during the final round of the Barbasol Championship.

Seamus Power likes to keep things in perspective, even after he joined the elite group of golfers who have won on the PGA Tour.

“I’ve always felt extremely lucky,” Power said. “I mean I’m 34 and I’ve yet to work a day in my life. Every time I get to play a tournament or an extra year on tour, to me it’s a massive bonus. I love playing golf. It’s my favorite thing to do.”

Now Power can say winning golf tournaments is his favorite thing to do.

Power won while at ETSU. He won on the eGolf Tour in the Carolinas. He was the first Irishman to win on the Korn Ferry Tour.

And now he’s won on the PGA Tour.

“Everything’s going to change,” said the golfer who made a hole-in-one during the Players Championship in 2019.

As late as June 22, Power needed to Monday qualify to make the field for the Travelers Championship. That’s a grueling route, where 150 players go through pre-qualifying and then anywhere between 50 and 125 players try to earn one of four spots into the tournament.

Sunday was Power’s sixth consecutive top-20 finish on the PGA Tour. He’s a combined 83 under par in those six tournaments — counting his playoff — including 52 under in the past three weeks.

“I haven’t really had too many opportunities to win,” he said. “I’ve had some good positions after two or three rounds or maybe some good last rounds, but it’s been better recently. I put myself in a couple of good spots and it definitely helped me where I felt I was a little bit more in control than I would have been five months ago.

“It takes a lot of hard work to get to these points and I was able to just come together at the right time.”

Poston was a two-time Southern Conference champion for Western Carolina.

The 34-year-old Power had played the previous four years on the PGA Tour. This year, he had some PGA Tour status but not enough to get into tournaments every week.

“It’s tough, it’s frustrating,” he said. “You want to play more. You’re looking at guys playing in tournaments passing you and you’re looking at your FedEx number drop.”

He won’t have to worry about that anymore. The win moved him up to 69th in the Fed Ex Cup points and makes him fully exempt on the PGA Tour through 2023. It also gets him in the PGA Championship next year as well as The Players Championship and the Tournament of Champions. In addition, he’ll be in the FedEx Cup playoffs this year.

The perks that come with winning can set a player up for life.

“It’s going to be fantastic,” said Power, who moved up to 113th in the Official World Golf Rankings. “I’m going to have to make my schedule. A lot of the other stuff hasn’t sunk in yet.”

Power underwent elbow surgery early this season and then had to withdraw from the Zurich Classic when he tested positive for COVID-19. He has remained positive through all of his travails.

“My thought process always with golf is that if at any point I didn’t think I was good enough to win or compete at the highest level, I would have stopped playing and I would have done something else,” he said. “I think if you don’t have that way deep down, it’s one of those spots that you can say whatever you want but it’s only you that’s going to know these things when you look in the mirror. And I never lost that.

“I felt like I’ve always been able to win at every level I’ve been on, obviously not yet on the PGA Tour, so I felt like I could. That belief definitely never left me. Thankfully it was able to kind of come through.”

Through all the highs and lows, Power has remained grounded.

“Even if I didn’t win, my attitude … I at least would try to be very much on the positive side,” he said. “It’s still golf. I still get a check for playing golf and I don’t have to work in an office from nine to five. I’m very, very lucky.”