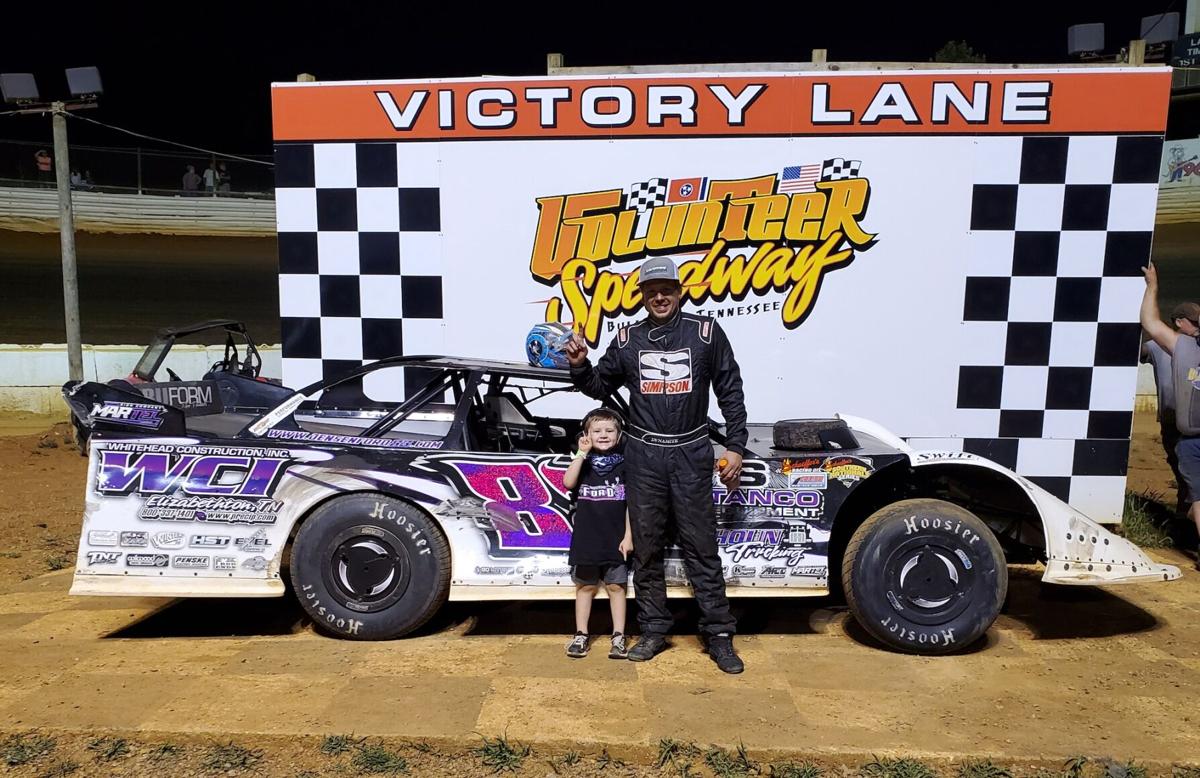 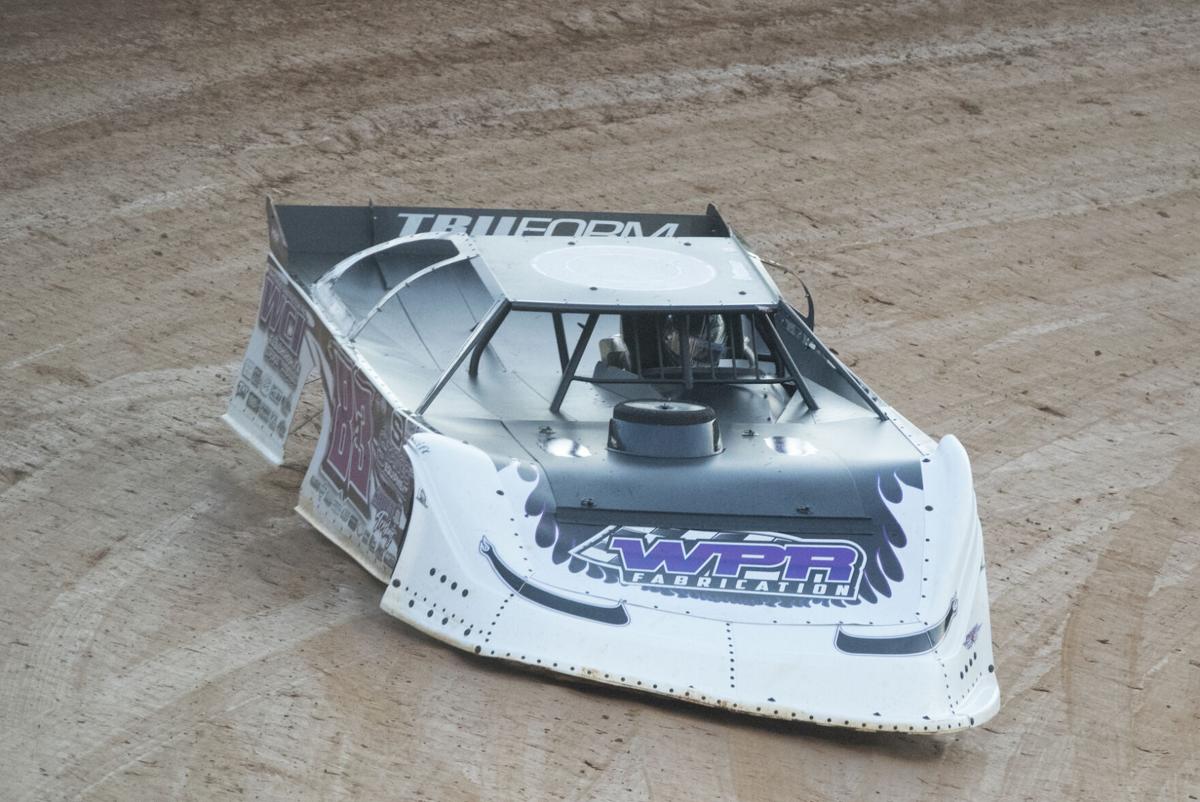 Jensen Ford scored his second win of the season on the Volunteer Speedway dirt track. 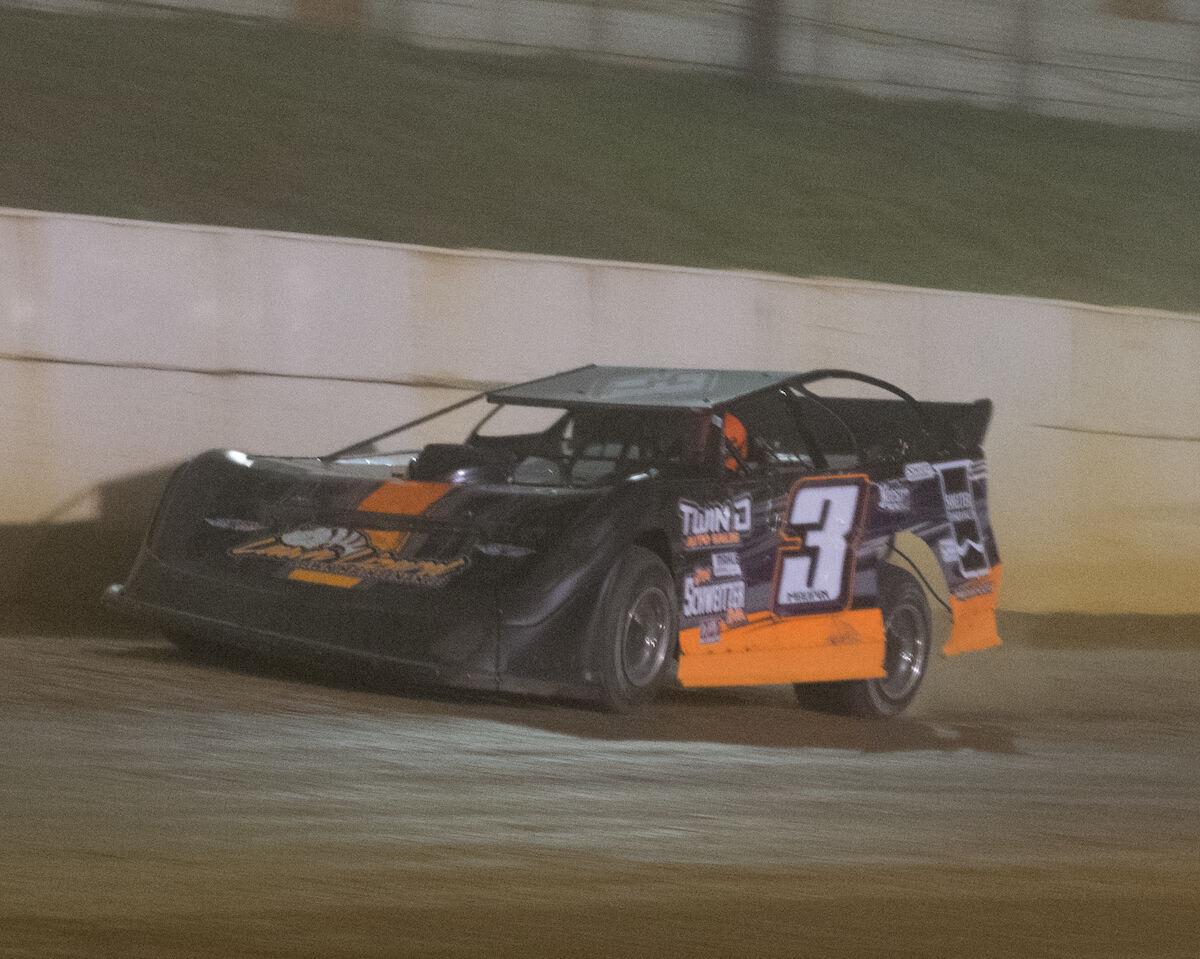 Jensen Ford scored his second win of the season on the Volunteer Speedway dirt track.

BULLS GAP — Jensen Ford raced to victory lane as Cameron Weaver was hot under the collar in more ways than one after Saturday night’s Crate Late Model feature at Volunteer Speedway.

Racing under extremely warm conditions, Ford attempted a slide job as the two drivers were coming off turn four with nine laps to go in the 35-lap feature. Their cars touched as Weaver’s No. 16 got loose and Ford’s No. 83 Chevrolet motored by for the win on the 4/10-mile Bulls Gap dirt track.

“I knew if I could get close enough to him and show him I was there, he would mess up,” said Ford, a Johnson City driver. “He did and I barely touched him coming off four. I wasn’t nothing hard. To me, it’s just racing. He will be alright.”

Weaver, a Crossville driver in the orange and white No. 16 Chevrolet, expressed his frustration after the race. The 22-year-old driver had set a fast time in qualifying and jumped out to the early lead over Ford, who closely followed before making the winning pass.

“I had been a little tight coming into (turns) three and four,” Weaver said. “I stayed in my line and had been there the whole race, never changed. He was going to pull a slider. He never cleared me and hit me in the left rear wheel. It about put me in the wall and spun me. Sheer traction, he drove off and I couldn’t run him down.

“He’s run a lot of laps here, is really good here. He caught us and did what he had to do to win, but I don’t think it was very respectful.”

It was Ford’s second win of the season at Volunteer and his third overall, with the other coming on Weaver’s hometown track. With the sun beating down earlier, it made the track hot and slick, perfect conditions for Ford, who returned to the Crate cars after racing Super Late Models in recent weeks.

“I love this place when it’s like this,” Ford said. “I could have run 200 laps tonight. It was smoothed out and fun.”

“I over-tightened the race car,” Maupin said. “Lucky, I ended up where I did. We’re getting close and the car is turning for the better. We were looking at our lap times and we were right there with the top group.”

“It’s fun when it’s like that,” Maupin said. “It shows your driving skills. If you’re confident in your driving, when the track slicks off like that, you’re going either forward or to the back. If we had started better, we would have been farther up than what we were.”

Clyde Stanton, nicknamed the “Mule Hollow Missile,” rocketed to his second win of the season in the Sportsman Late Model division. The Knoxville driver grabbed the lead at the start and never looked back, while the racing was intense behind him. Addison Cardwell charged to second with Adam Mitchell, Michael Woods and Michael Boyd rounding out the top five.

Logan Hickey of Morristown crossed the finish line first in Street Stock, but a disqualification over shocks handed the victory to Parrottsville driver Wayne Rader. Tony Trent and Donavan Long took the next two spots.