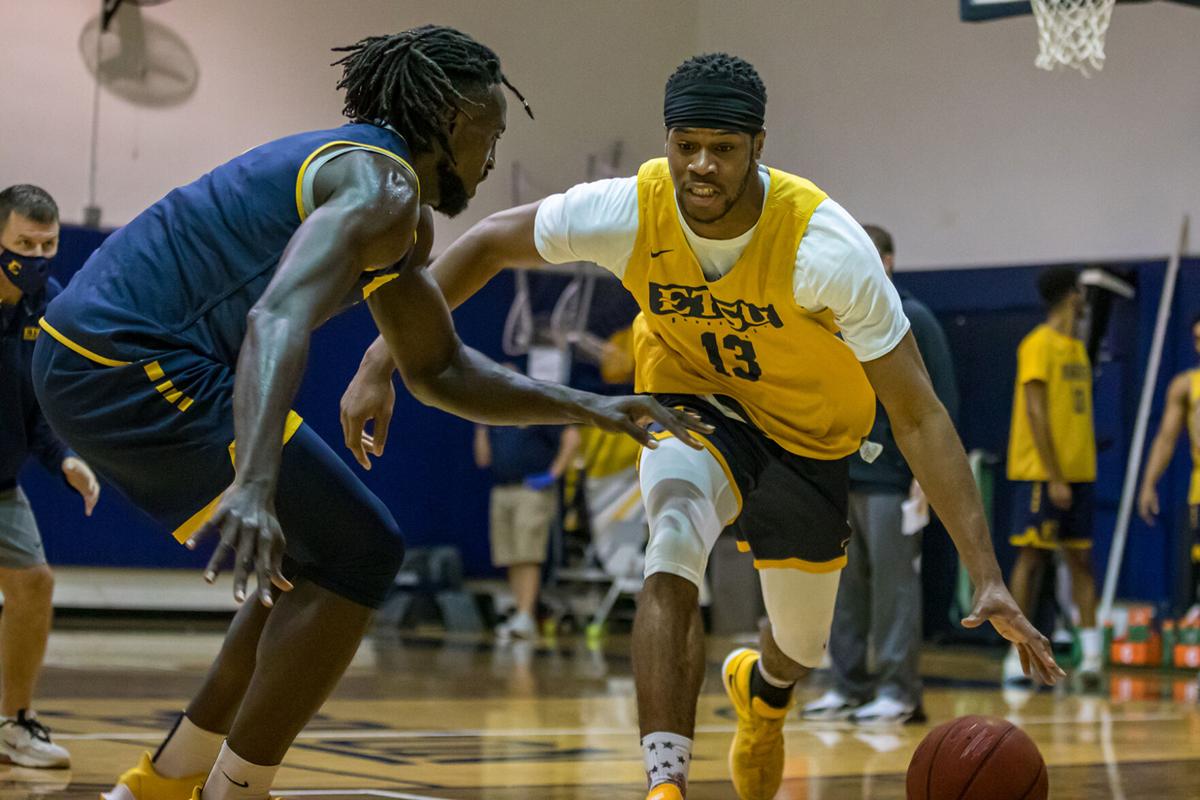 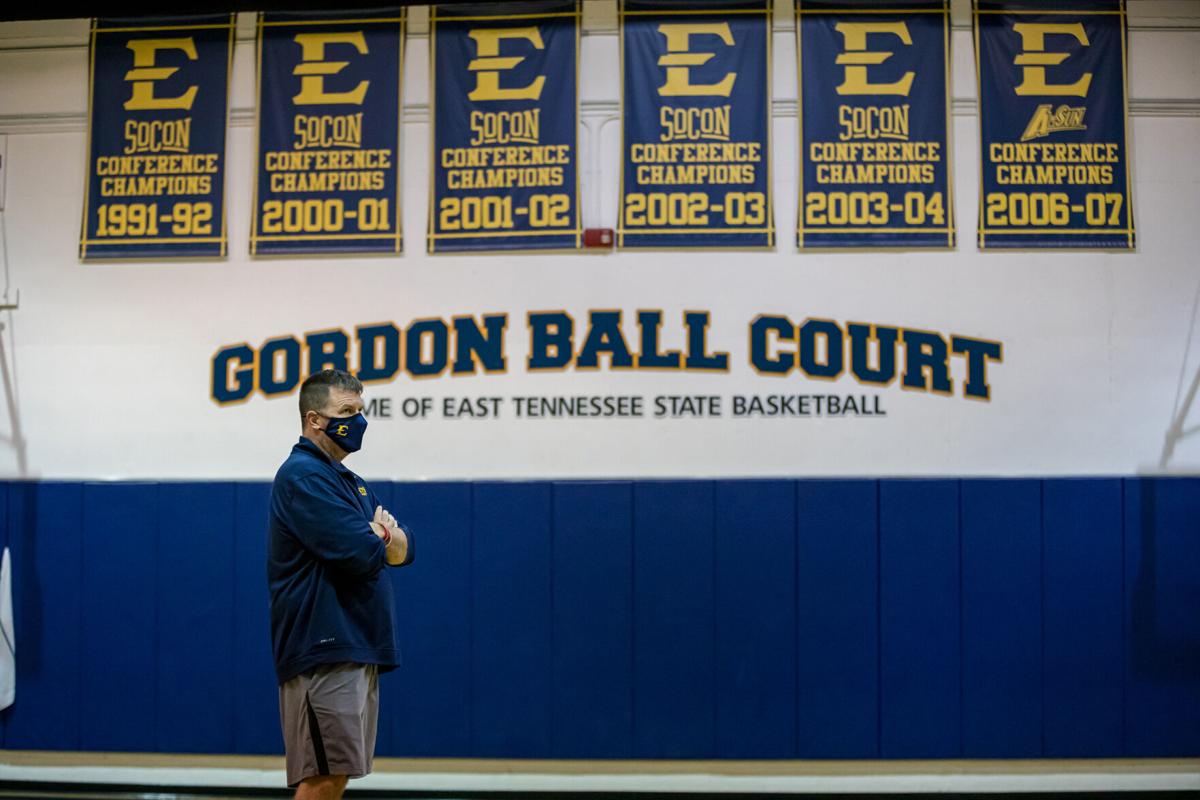 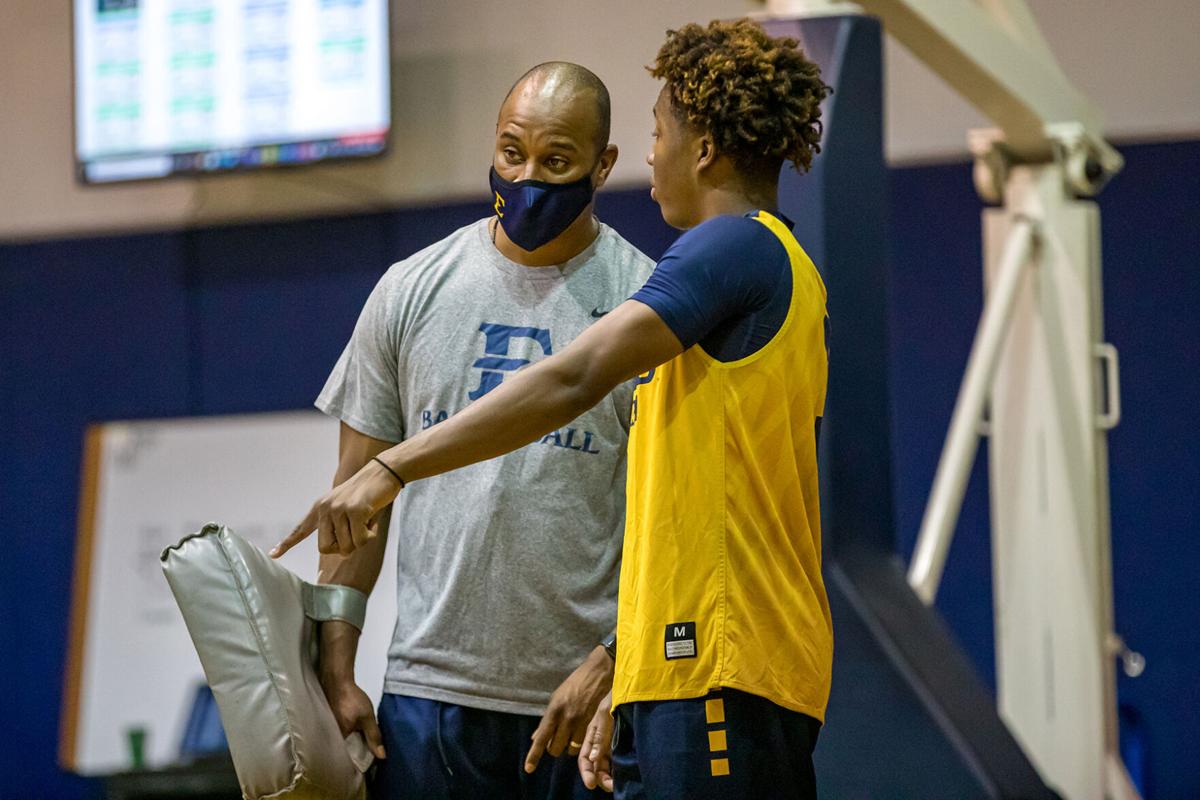 The Bucs, who have been working out in a limited capacity for a while, began official preseason practice at the Ball Practice Court. It was like no other preseason start as coaches wore masks and no media was allowed to watch the team.

With first-year head coach Jason Shay taking over for the departed Steve Forbes, ETSU practically has an entirely new roster.

The Bucs are coming off a 30-4 season, one in which they set the school record for wins. They also won the Southern Conference championship, but were denied an NCAA Tournament appearance when that event was canceled because of the coronavirus.

This season can start on Nov. 25, but ETSU hasn’t released its updated schedule.

Shay is expected to address the schedule and his team’s first practice Thursday during a video conference.

The ETSU women’s basketball team also began practice on Wednesday in Brooks Gym. As with the men, no media was allowed to attend.

ETSU announced Wednesday that the athletic department will transition to digital ticketing beginning this season. A new ticketing website, ETSUTickets.com, was launched.

Fans will enter each ETSU athletics venue by showing digital tickets on their mobile device.

“Digital ticketing is becoming the industry standard and a best practice utilized around the country,” said ETSU Senior Associate Athletic Director for External Operations Matt McGahey. “Digital ticketing will enhance the fan experience while providing additional convenience, safety, and security for our fans. Our staff looks forward to providing customer service to fans who have questions regarding our new ticketing process.”

Support will be available for fans who do not have access to a digital ticketing-friendly device.

The Bucs are in their second week of official fall practice, and they are practicing for a season that won’t begin until next semester.

“It felt good to be able to have the full pads on and see what the guys are made of,” ETSU coach Randy Sanders said. “We still have plenty of work to do to get where we want to be, but being able to make contact and have normal practices for the first time since November felt great.”

Although four Southern Conference schools — The Citadel, Western Carolina, Mercer and Chattanooga — are playing a limited fall non-conference schedule, the SoCon announced that the all-conference team would be announced after the spring season.

ETSU still hasn’t announced a date for its Blue and Gold game, which is usually held after spring practice in April but will be played in conjunction with this fall’s practice schedule.

ETSU will compete in the SoCon cross country championships, which have been moved back to the fall after originally being suspended until the spring. The meet will be held Nov. 21 in Macon, Georgia.

“I think our cross country athletes are excited to have an opportunity to compete for the first time in nine months when the Conference Championship rolls around next month,” said George Watts, ETSU’s director of cross country and track & field. “It’s been a challenge to stay motivated, but our women and men have done a good job of training at a pretty high level. There’s no substitute for competition and we all look forward to getting that feeling back that comes with toeing the line for the real thing next month.”

The meet was moved back to the fall so it wouldn’t conflict with indoor track & field.

Jake Amos’ team returns to action Sunday at the Maridoe Collegiate Invitational near Dallas. It will be the second and final tournament of the shortened fall season for the Bucs, who finished second at the Honors Course in their other fall appearance.