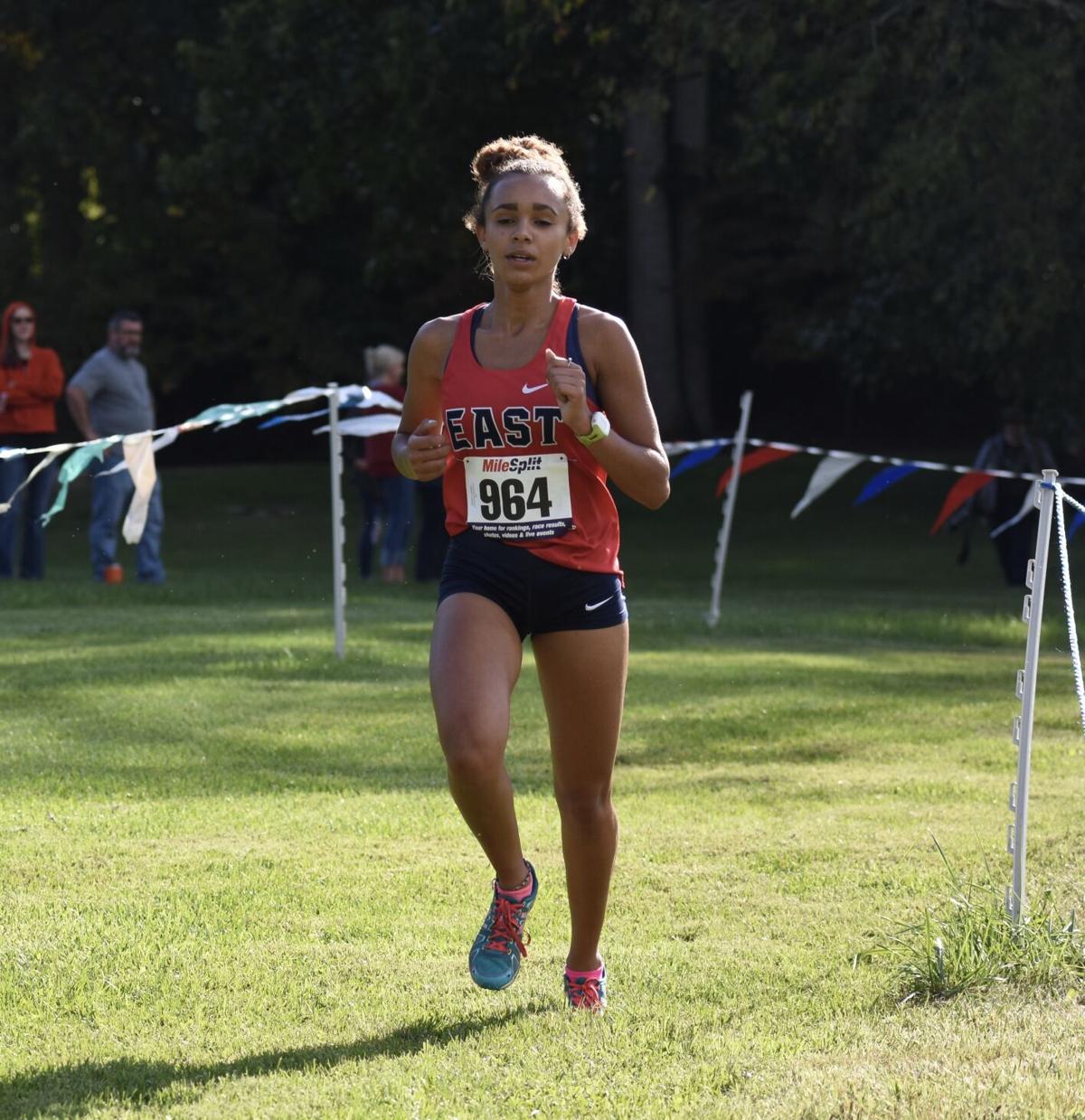 Sullivan East’s Mandy Lowery strides down the hill towards the finish line on her way to a win. 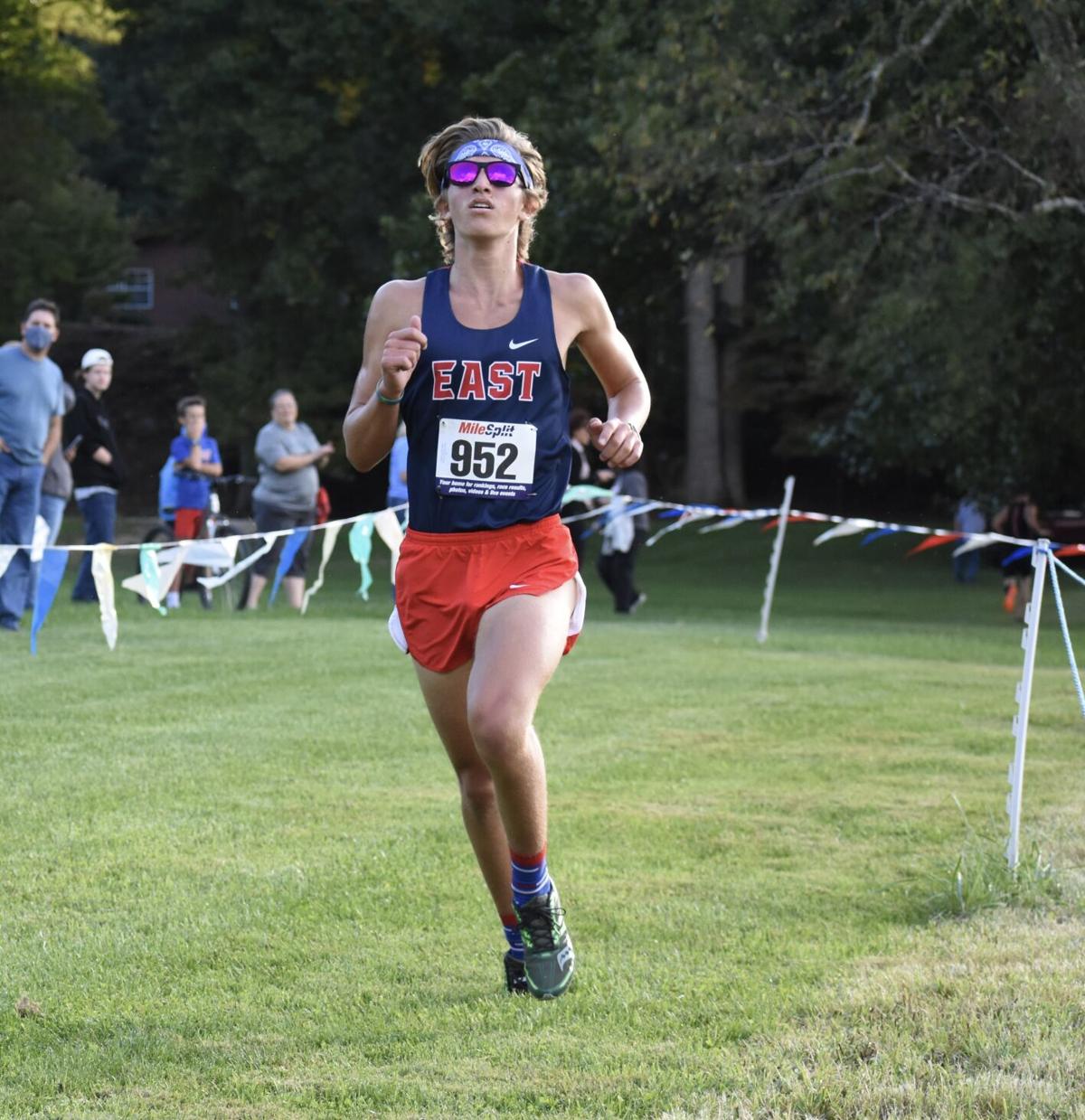 Sullivan East’s Drew Ledford had to come from behind to take the win in Thursday’s Three Rivers Conference Championships at the Doe River Gorge.

Sullivan East’s Mandy Lowery strides down the hill towards the finish line on her way to a win.

Sullivan East’s Drew Ledford had to come from behind to take the win in Thursday’s Three Rivers Conference Championships at the Doe River Gorge.

HAMPTON — The Three Rivers conference cross country honors were clad in red, white and blue on Thursday as Sullivan East easily swept the team and individual titles at a hilly 5-kilometer course at the Doe River Gorge.

Senior Drew Ledford came from behind within the last three-quarters of a mile to take the win in 18 minutes, 10.5 seconds as East accumulated a low score of 20 points.

“My coach told me to hold onto him at the beginning of the race,” Ledford said. “He’s been about 15 seconds ahead of me the whole season.

“We run a lot of hills over at the (South Holston) Dam, so when we get on hillier courses, it really plays to our advantage.”

Elizabethton senior Craig Newman led the majority of the way and had built a 30-yard lead before Ledford reeled him back during the last half of the race.

Lowery has finished in the top 10 every time this season and was coming off a personal best at Fender’s Farm two weeks ago by finishing third in 19:30.6.

“This course was definitely different,” Lowery said. “This has been a pretty exciting season. I took on the task of running with the boys on my team and it has been beneficial.

“I’m really hoping to go to state and hoping for that top 10.”

Lowery finished 11th last season, the first runner out of making all-region honors and a coinciding state berth. East coach Ryan Williamson believes that has fueled her to do better this season.

“We expected big things from her this year,” Williamson said. “Mandy is a competitor anyways, whether she was the last person in or the first person out. She’s still going to have that drive and desire to get better.”