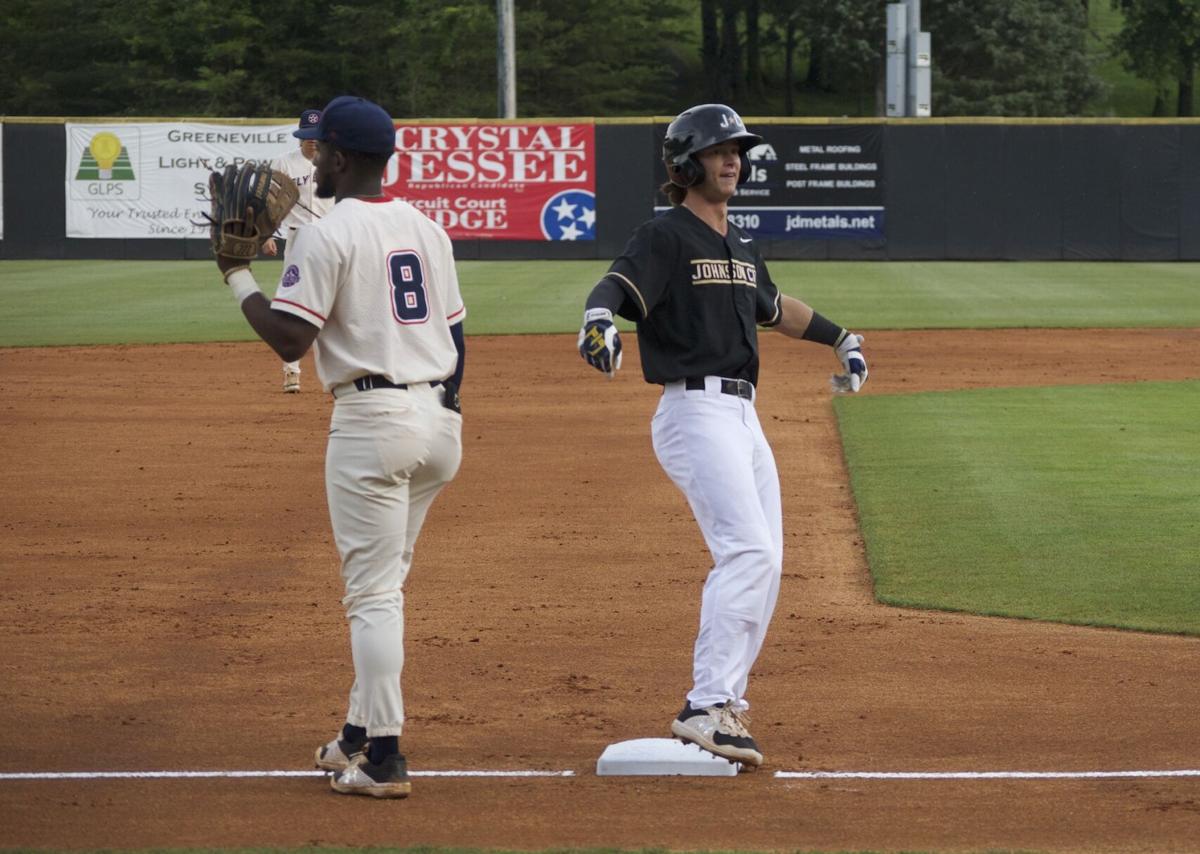 Johnson City shortstop Ashton King, who attends ETSU, reacts after advancing to third base in the second inning. 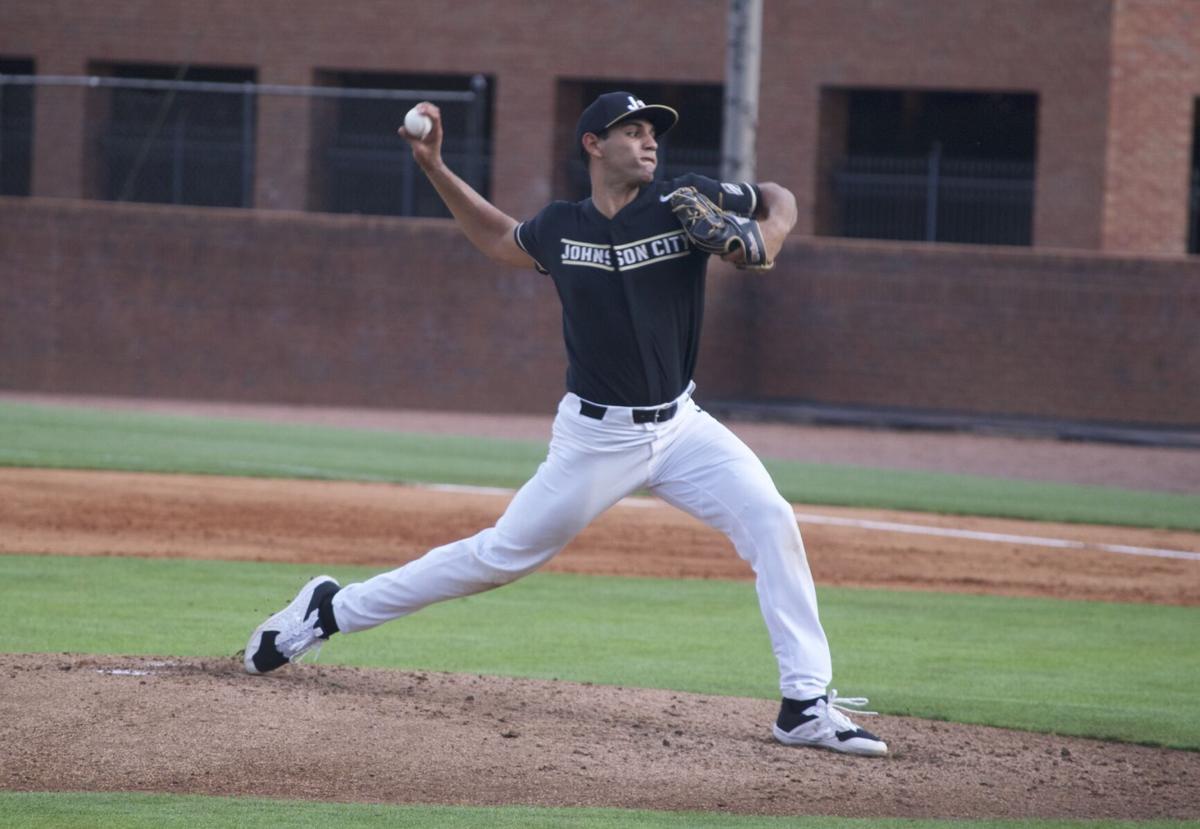 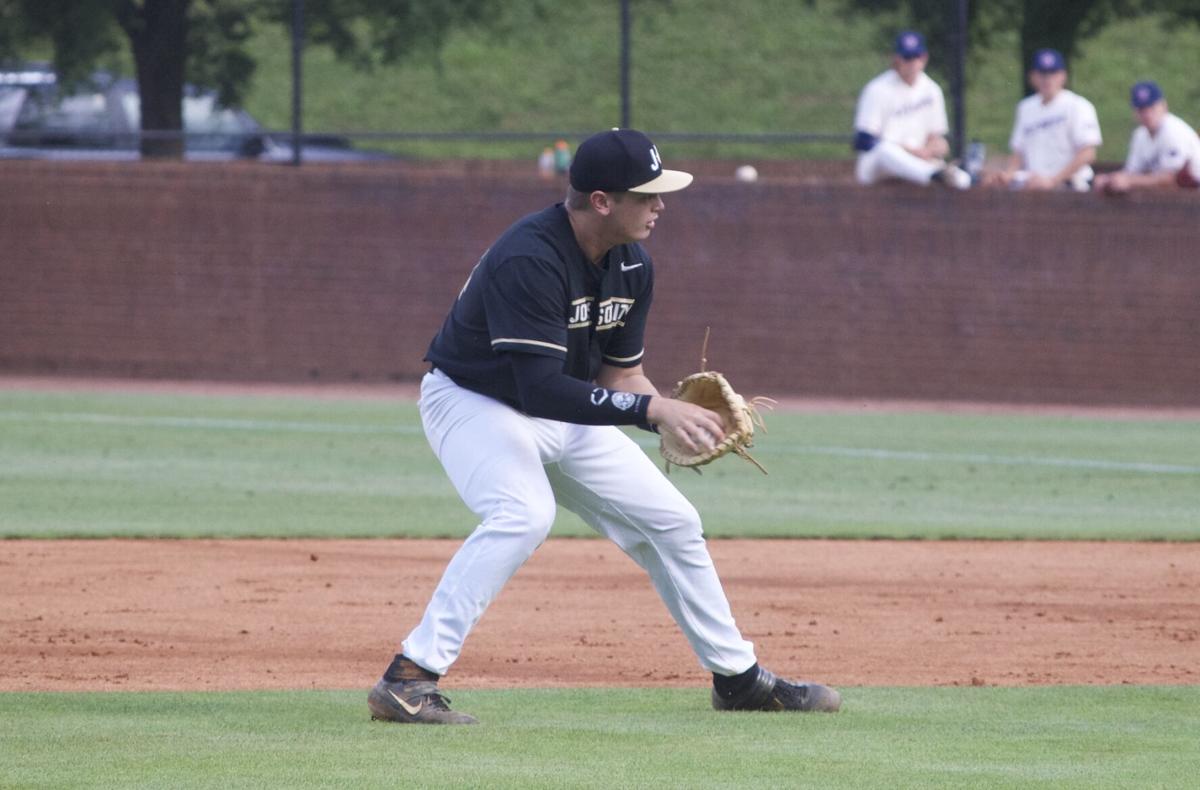 Johnson City first baseman Cherokee Nichols comes up to field a ground ball in the third inning of Wednesday's game.

Johnson City shortstop Ashton King, who attends ETSU, reacts after advancing to third base in the second inning.

Johnson City first baseman Cherokee Nichols comes up to field a ground ball in the third inning of Wednesday's game.

Crull, a centerfielder from Oklahoma State, had his first two-run double in the sixth inning and came through with the second one an inning later. He finished 4-for-6 at the plate with three doubles and the four RBIs.

Damani Thomas had two hits and scored twice, while Connor James, Cade Sumbler and Brady Cottom all scored two runs as the Doughboys (3-3) avenged a 12-5 loss to the Flyboys (3-3) the previous day.

Johnson City had 11 hits, five of them for extra bases.

Johnson City starting pitcher Jan Figueroa gave up five hits and five runs (two earned) in three innings of work. Figueroa didn’t strike out anyone, but he had no walks either.

Brett Banks picked up the action in the fourth, striking out three and allowing one hit over two innings. Ethan Courtney entered in the sixth, but had a rough time, recording only one out and giving up four runs.

Leo O’Shinski finished out the sixth before Richard Sanchez, a left-hander from Arkansas Pine-Bluff, closed with three strong innings. Sanchez struck out four and allowed only one hit.

Shortstop Ashton King, an ETSU player during the college season, got the offense started with a single in the second inning. He advanced to third on a fielding error by the Greeneville left fielder and came in to score on Connor King’s RBI double.

Sumbler’s sacrifice fly scored Cruse and advanced King to third. King scored on another Greeneville error for a 3-0 Doughboys lead. The lead was short-lived as the Flyboys tied with three runs in the bottom of the second.

Johnson City took the lead again in the top of the third as Thomas scored off a third Greeneville error. King later provided a 4-3 groundout to score Crull. Up 5-3, Greeneville answered again with two runs in the bottom frame.

There were more problems for the Greeneville defense in the sixth inning as Sumbler and Cottom scored after the Flyboys’ fifth error of the game. The Doughboys kept pouring it with Crull’s two-run double. However, Greeneville matched their efforts with four runs before the decisive seventh inning.