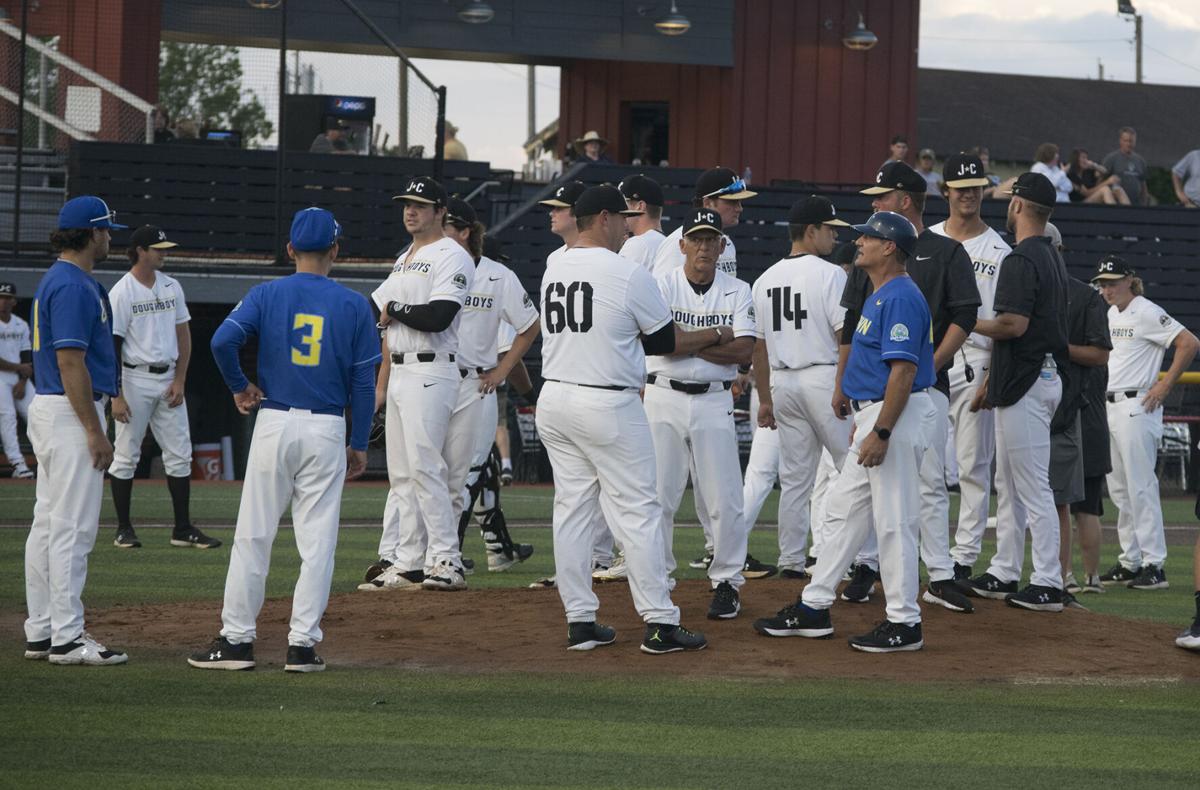 Coaches and players from the Johnson City Doughboys and Elizabethton River Riders talk at the mound before the decision to postpone Friday’s game. 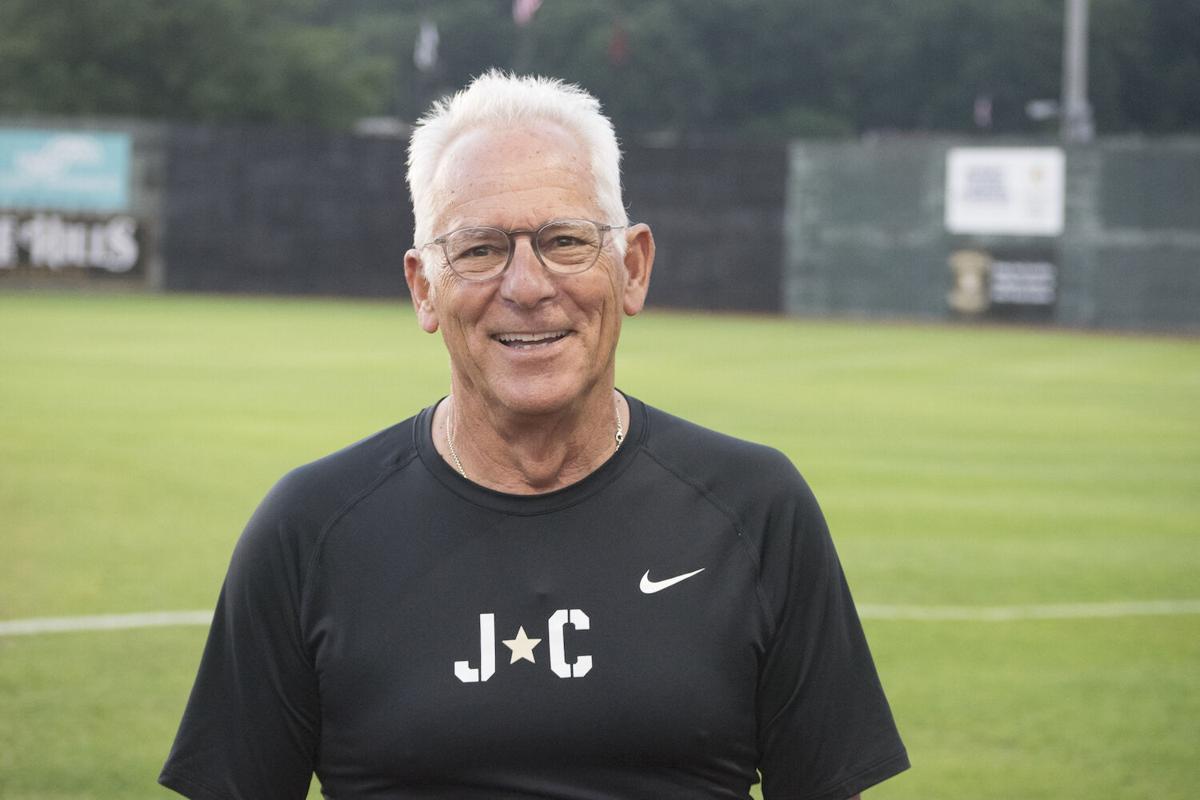 With persistent rain throughout the day, the game was first delayed before the decision to move it to Aug. 4 as part of a doubleheader consisting of two seven-inning games.

The Doughboys are 4-3 after the first week of play, coming off back-to-back wins over Greeneville and Elizabethton. They scored a season-high 16 runs in a Thursday victory, with a dozen of those coming in the first inning.

Cherokee Nichols, a 6-foot-3 first baseman from NW Florida State, leads the team with a .409 batting average — including seven doubles. He has also drawn 12 walks for a .649 on-base percentage.

Jaxson Crull, an outfielder from Oklahoma State, is second with a .367 average while leading the team with 11 hits, 11 runs and 14 RBIs.

Ashton King, a shortstop from ETSU, ranks third with a .267 average and is second on the team with 10 runs scored and tied for second with Nichols with eight RBIs.

Johnson City manager Rick Magnante, who began his career in 1987 as a manager for the Bristol Tigers, talked about his evaluation of the team after being together for one week.

WHAT WAS THE DECISION BEHIND THE POSTPONEMENT?

Magnante: “Our responsibility is the safety and well-being of the players. The mound is very soft and I don’t think it would have held up for nine innings. There was standing water on the warning track. We felt it was best to postpone the game and reschedule it.”

YOU’VE BEEN WITH THE PLAYERS FOR A WEEK. WHAT’S THE OVERALL IMPRESSION?

Magnante: “Right now, we’re like Gene Hackman (in “Hoosiers”) getting to know the boys. There are a lot of things to implement early like bunt plays, first and third double steals, rundowns, cut-offs and relays. There are the offensive signs, the signs from the bench to the catcher to control the game. There was no time with the rollout here, no spring training, so we’re learning on the fly. Along with that is getting familiar with our players and seeing what they’re capable of and to help them get better.”

YOUR FOCUS IS ON THE PLAYERS. DO YOU PAY ATTENTION TO THE ATMOSPHERE WITH TWO CROWDS AT 3,000?

Magnante: Having been in the Appalachian League in ‘87 in Bristol, we were in the division with Johnson City. I hoped if I got the opportunity to manage, it would be Johnson City. The Cardinals always brought people here and it was a good fanbase.

“It always makes it more enjoyable for the players. When the lights go on, they want to be their best. Even though it’s an amateur league, I felt the fans would support the players. So far they have and it’s appreciated.”

WHO HAVE BEEN SOME OF THE PLAYERS STANDING OUT?

Magnante: “We’re still in the evaluation process, but I certainly think the local kid, Ashton King, is a good-looking young player and has a future in professional baseball. Steven Ondina (the lead-off batter) is another interesting kid, a center-of-the-diamond guy. I’m sure he will get an opportunity to go out and play.

“Cherokee Nichols, our first baseman, is a guy who is disciplined with his pitch recognition and he has good power. Jaxson Crull from Oklahoma State looks like the prototypical outfielder. Those have been some bright spots to date.”

HOW ABOUT ANYONE ON THE PITCHING STAFF?

Magnante: “Andrew Ronne (a 6-foot-4 right-hander headed to ETSU) is a very interesting kid. He’s a high school kid in this league pitching above any competition he has faced. He’s showing he can compete.”