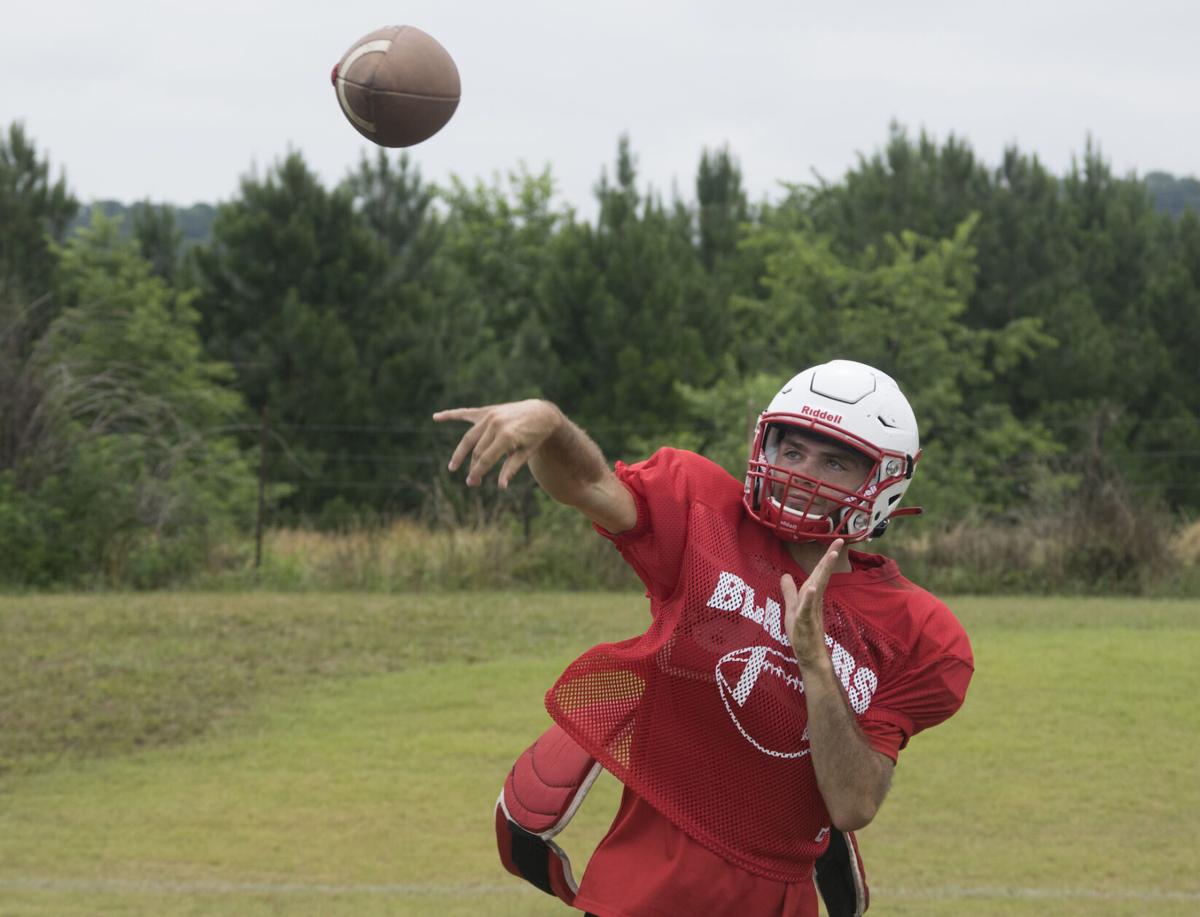 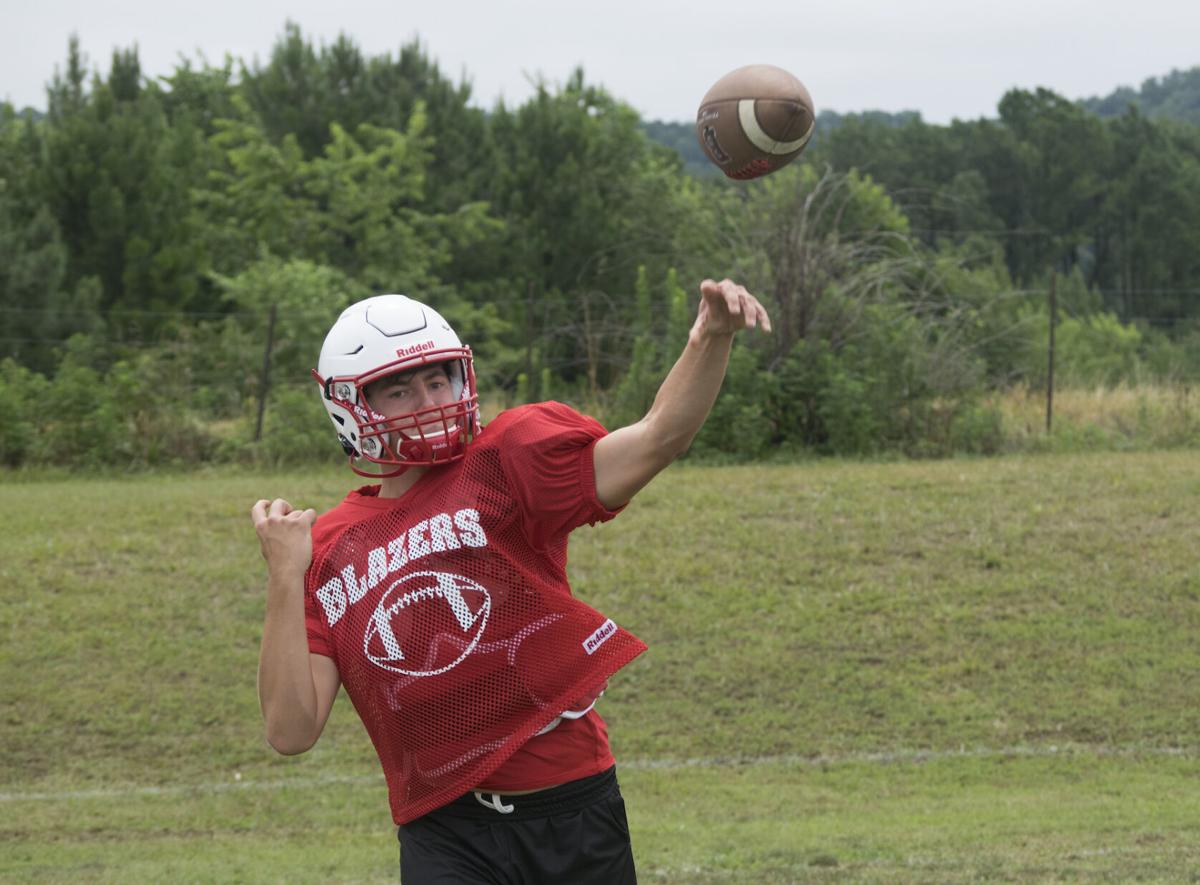 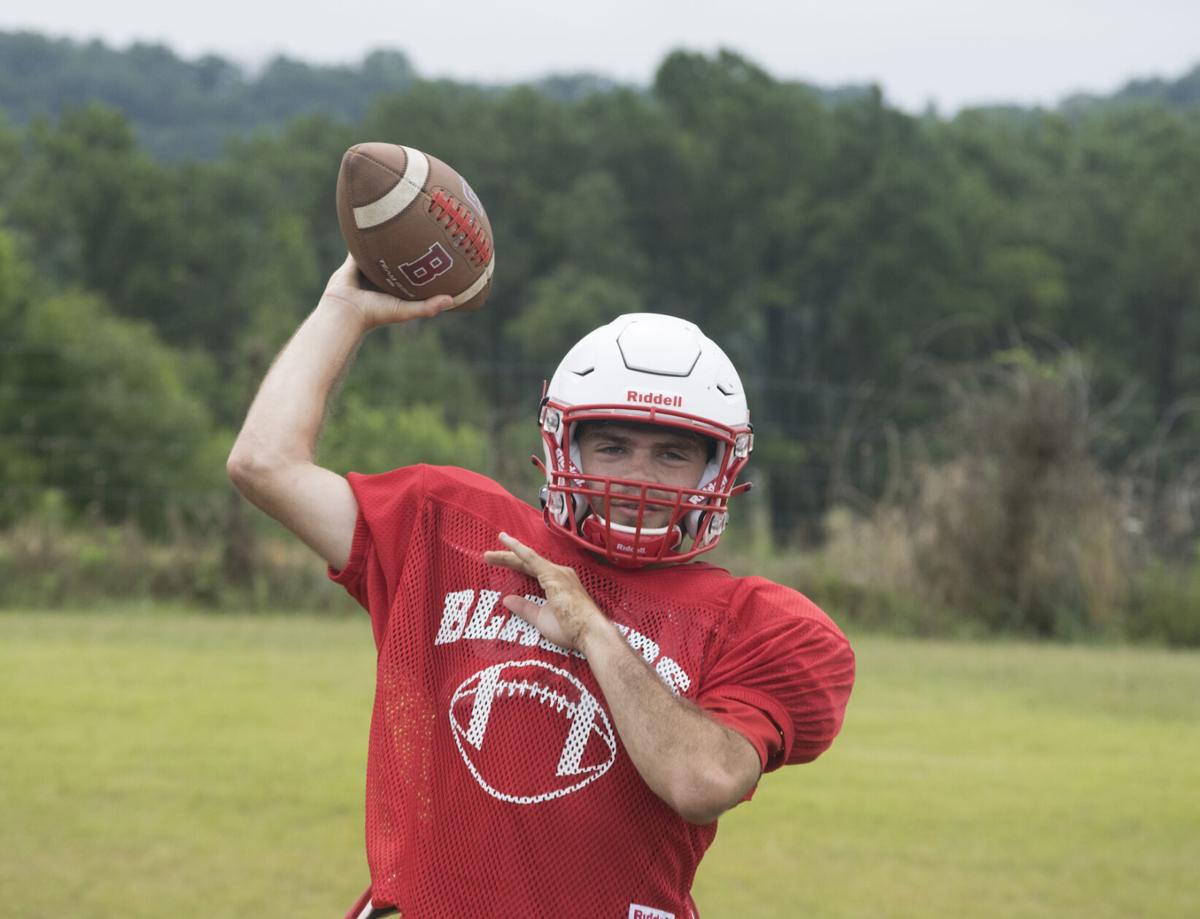 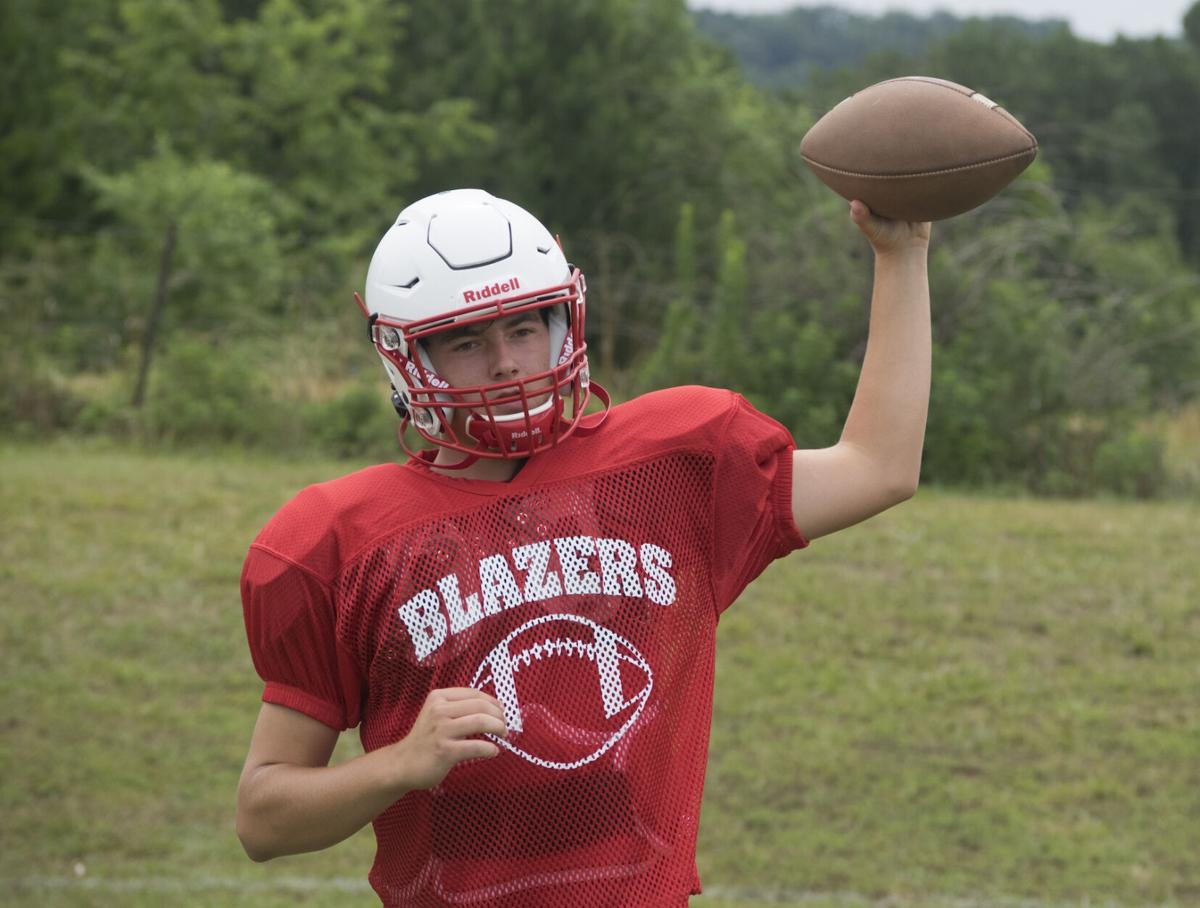 Senior Jackson Jenkins is a left-handed pocket passer at quarterback for the Daniel Boone Trailblazers.

Senior Jackson Jenkins is a left-handed pocket passer at quarterback for the Daniel Boone Trailblazers.

Daniel Boone football enjoyed some of its greatest success a decade ago with the two-quarterback system.

Coach Jeremy Jenkins has revived the concept with quarterbacks Kaleb Worley and Jackson Jenkins. One is an athletic right-hander as likely to run as pass, the other a left-handed thrower who prefers to stay in the pocket.

“Going into last year, Jackson was coming off a hip injury from baseball and we didn’t know how much he could do,” Coach Jenkins said. “He’s a smart player with a really good arm. Starting out the third series, we would roll him in there. He got better and better.

“Kaleb’s more of the athletic runner, who can make plays outside the pocket and Jackson is more in the pocket, but can run our stuff as well. It was the D-B game when we finally started one series, then one series.”

The Trailblazers ran the two-quarterback system in back-to-back seasons of 2009-10 with Austin Reppart and Kevin Connell. Those were perhaps the best teams during Jenkins’ tenure. Daniel Boone went 10-3 in 2009 with wins over the city schools of Science Hill, Dobyns-Bennett and Tennessee High.

Boone followed it up with a 9-3 season in 2010 which again included wins over Science Hill and Tennessee High.

Last season, the Trailblazers needed the talents of both quarterbacks as they overcame key injuries to post a 7-5 season that included a 32-3 win over Knox Halls in the first round of the TSSAA Class 5A playoffs.

With the boys having varied skill sets, it makes it hard for opponents to prepare.

“Most of the teams were preparing for me to run,” said Worley, a junior signal- caller. “When 6 comes in, it’s like they think I’m going to run. When Jackson came in, they didn’t know if he would run or not. We have different aspects of our games. I can break down a defense throwing as well.”

This season, Worley will be expected to do more with the defense, playing in the secondary.

Jackson Jenkins, who is the coach’s son, started his high school career on the offensive line. He wore No. 54 as a freshman center and had to change jerseys to a different number when he came in as a backup quarterback.

His sophomore year was lost from the hip injury suffered in baseball before sharing time behind center last year. His dad is glad to have him back as he gives the team an extra dimension.

“He’s a real heady player who wants to do everything perfect,” Coach Jenkins said. “He wants to learn more and more, and has a good grasp of the offense and what we’re doing. I run the defense and he will throw against us. He likes it when he has a good day against us.”

Worley had no problem going from the starter to sharing snaps as both players have bought into what’s best for the team. Each cheers for the other to have success and believe the contrast in styles making the alternating series so effective.

“We’ve helped each other and it’s worked really well,” Jackson said. “It’s so tough on the other team because a lefty and righty have such different spins on the ball. They have to look at us differently, where we have our different strengths and weaknesses.”

It’s a thing of beauty for the coach when the two-quarterback system works as designed. Perhaps, the best example was Boone’s win at Cocke County last season.

With Worley behind the controls early, the Trailblazers took the lead on a nine-yard quarterback run. Jenkins later came in and threw a pair of touchdown passes to Phillip Page as Boone rolled to a 30-13 victory.

“At the end of the year, they were both playing their best football,” Coach Jenkins said. “Then, we had (running back) Brennan (Blair) going as well. Offensively, we feel they can do some stuff to make us successful.”