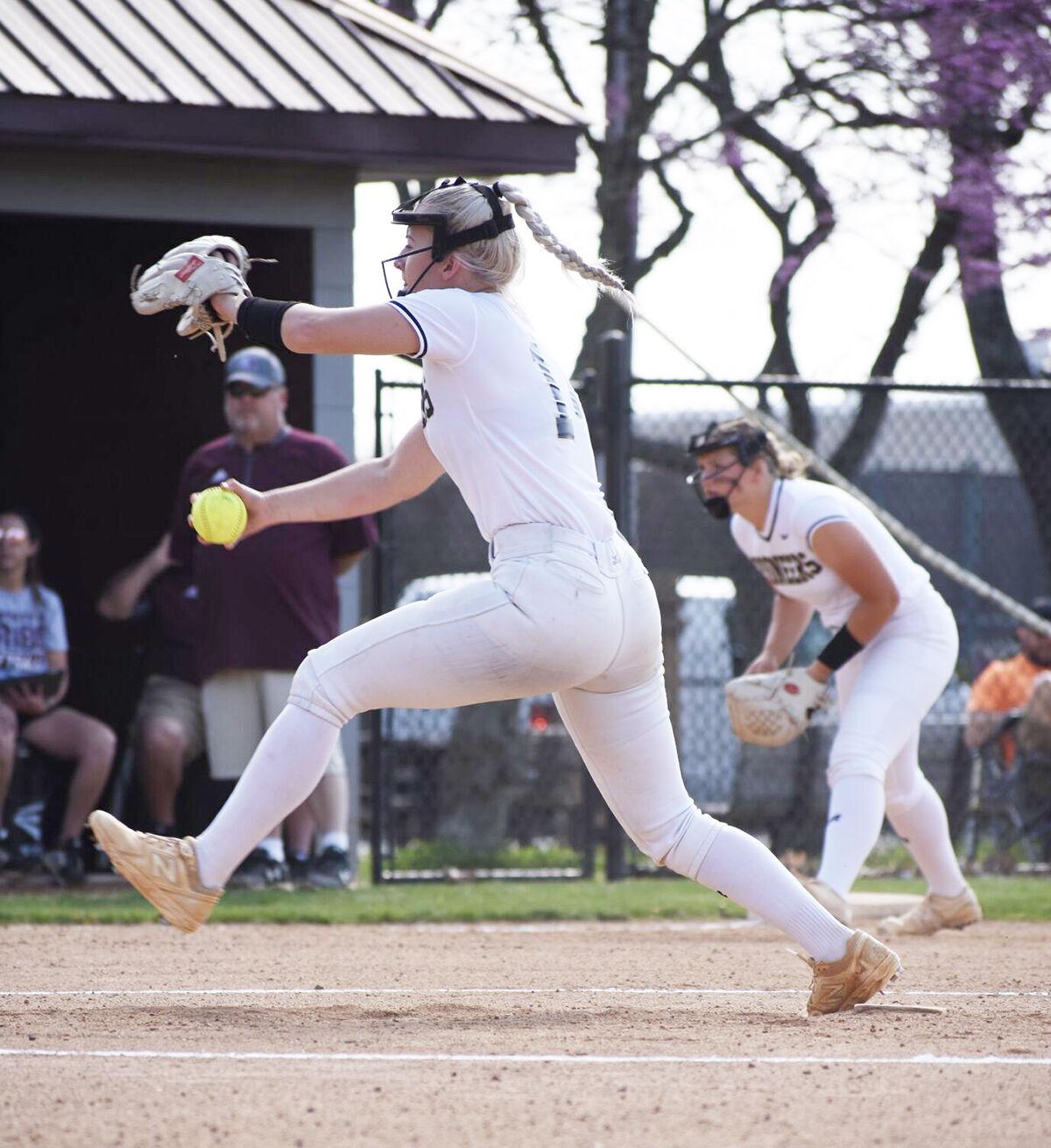 David Crockett’s Kennedy Broyles makes contact during the first inning of Tuesday’s game with Dobyns-Bennett. She went 3 for 4 and drove in four runs on the day.

David Crockett’s Kennedy Broyles makes contact during the first inning of Tuesday’s game with Dobyns-Bennett. She went 3 for 4 and drove in four runs on the day.

KINGSPORT — David Crockett’s 10-9 Big Seven Conference softball win over Dobyns-Bennett on Tuesday at Indian Highland Park was not the prettiest victory of the season, but all victories look the same in the record book.

“We were fine until the sixth inning and that’s when our defense fell apart for a few minutes,” Crockett coach Carla Weems said. “We lost focus and I don’t really know what happened.”

Winners of nine straight, the Lady Pioneers held off a late Tribe rally in the final two frames, due mostly to eight errors.

“Matty did a fantastic job all night long and should’ve had a shutout,” Weems said. “It was just error after error. Matty is pitching really well and she’s overcoming adversity.”

Kennedy Broyles had a big day at the plate for Crockett, going 3 for 4 with two singles, a double and four RBIs. Leadoff hitter Sydney Hodges and Ashlyn Dulaney were each 2 for 3 and had two RBIs.

Megan Davis was 2 for 4 with a pair of RBIs as well for Crockett. The Lady Pioneers scattered 15 hits across seven frames and were 8 for 17 with runners in scoring position.

Even though the wacky comeback from down 8-0 going into the bottom of the sixth inning came up short, Lady Indians coach Andy Hubbard was proud of the fight from his squad.

“We’re young and battling. I’m proud of them, but we can’t get behind in the first three innings,” Hubbard said. “Crockett is a quality team and they’re as good as anybody we’ve played all year.

Kierstyn Judd belted a two-run home run to center in the seventh. Emma Anthony and Emma Allgood each had an RBI for the Lady Indians.

Starting pitcher Sophia Dean earned the loss, but freshman reliever Hannah Frye came in during the fourth and finished out the game on a strong note.

She held the potent Crockett offense scoreless in the fourth and fifth.

“We haven’t thrown her much because she’s almost an everyday player on defense,” Hubbard said. “We’re going to throw her more. It felt good to come back and get in the game.”

You can reach Tanner by email at tcook@timesnews.net.