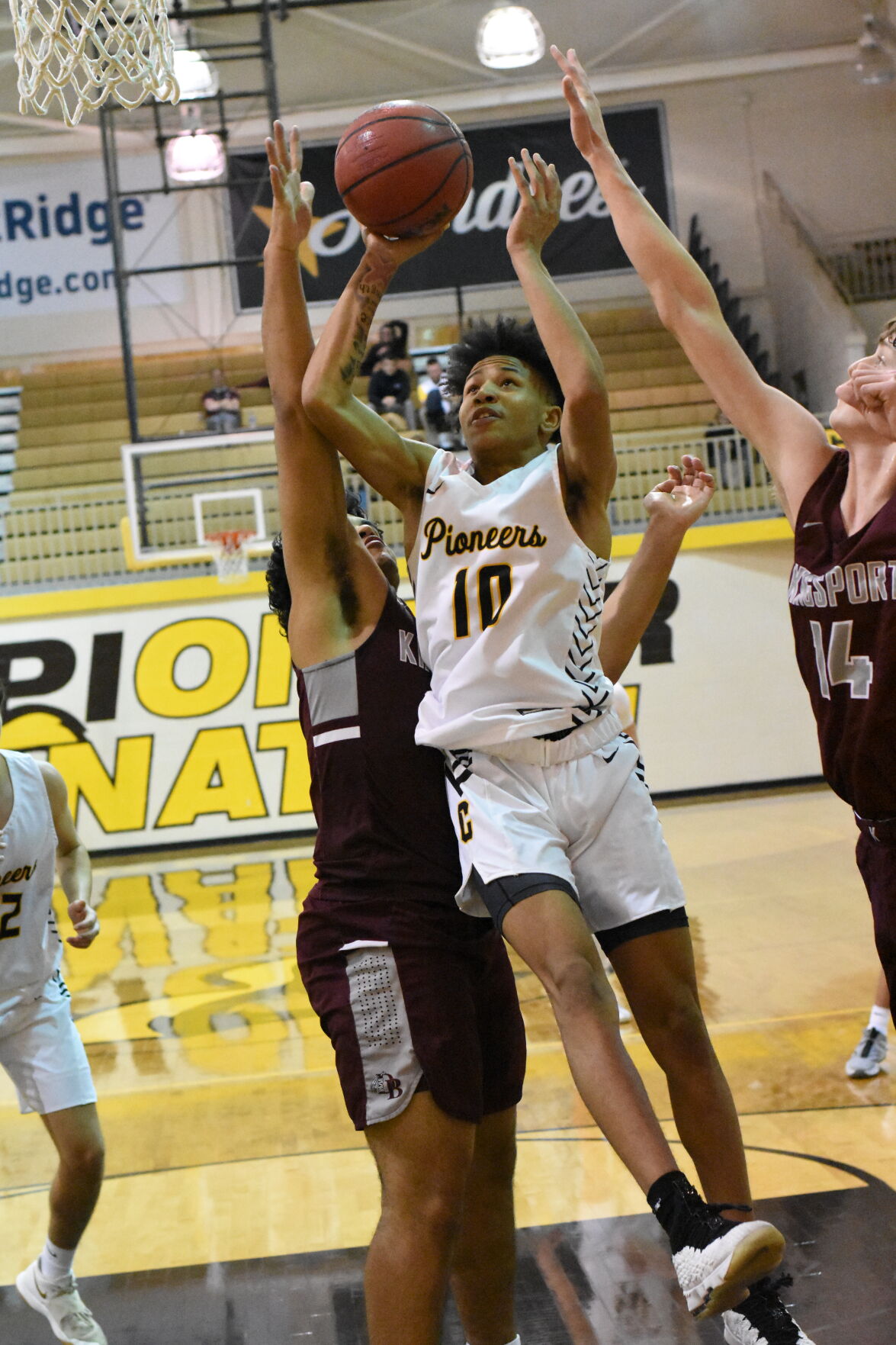 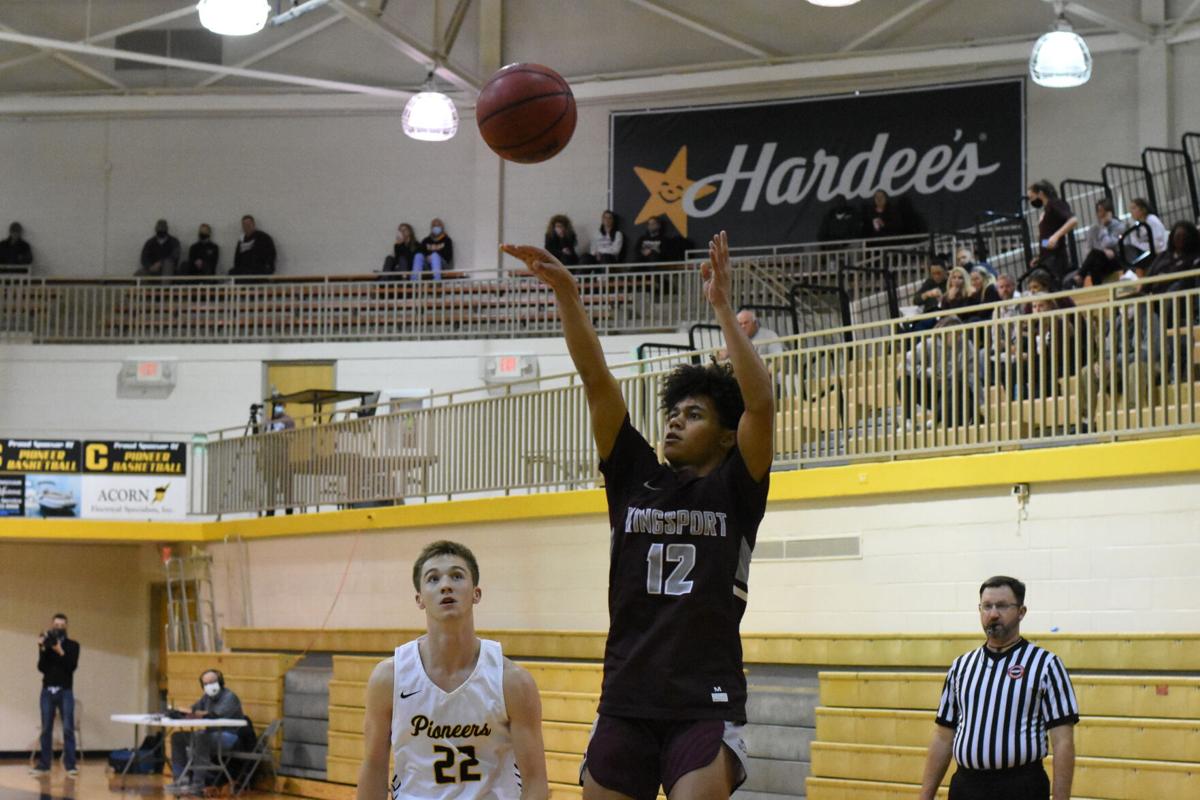 D-B’s Jonavan Gillespie had 23 points on Tuesday night, shooting 7 of 13 from the field. 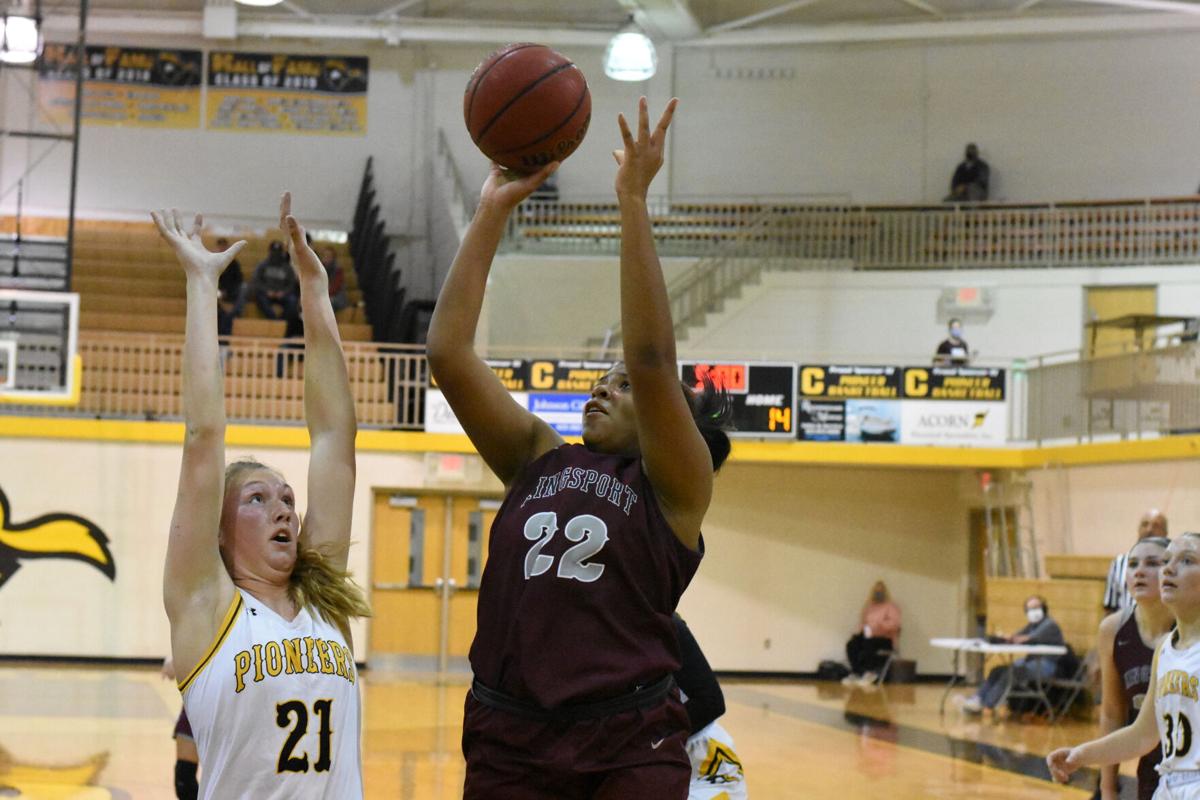 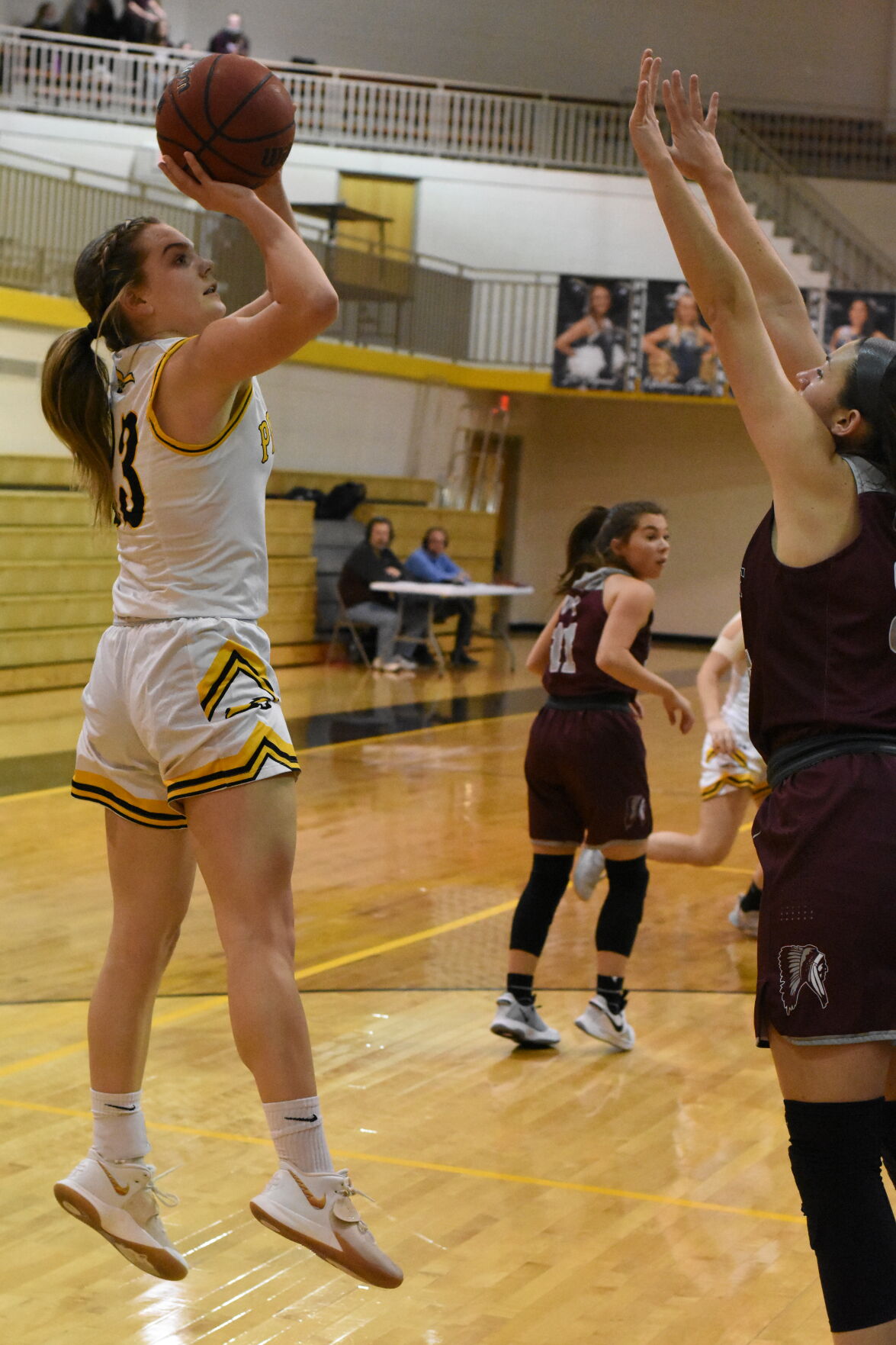 David Crockett’s Emma Gouge, left, shoots a jump shot over a D-B defender. Gouge made her final five shots from the field and finished with a game-high 18 points as the Lady Pioneers ousted D-B for the first time since December of 2005.

D-B’s Jonavan Gillespie had 23 points on Tuesday night, shooting 7 of 13 from the field.

David Crockett’s Emma Gouge, left, shoots a jump shot over a D-B defender. Gouge made her final five shots from the field and finished with a game-high 18 points as the Lady Pioneers ousted D-B for the first time since December of 2005.

McKinley Tincher had a standout night for the Tribe, netting a game-high 24 points and making 6 of 8 from long range. He missed only his final two shots in the fourth quarter.

“A lot of that is our team’s willingness to share the ball and move it,” Indians coach Chris Poore said. “We look out for one another and we have a lot of guys that are skilled. Tonight was a big night for McKinley.

“Our guys want that for each other, too. That’s pretty special when you have a group that loves to see others succeed.”

Jonavan Gillespie pitched in 23 on 7 of 13 and made both of his free-throw attempts. Malachi Hale also finished in double figures with 10, including a one-handed tomahawk dunk in the first quarter to energize the Tribe.

Jahson Dennis had a solid night as well, tallying 11.

“Jonavan is a fun kid because he plays so laid back and you wonder if he’s playing hard or not,” Poore said. “He’ll come out and have a good amount of points and he shoots the ball well. He’s just got talent.”

The Pioneers had a tough night, going 2 of 14 from 3-point range and shooting just 37.8% overall. Isaiah Lang and Ayden Begley each had nine points for the Pioneers.

The Tribe committed just five turnovers on the evening while forcing 13.

The Lady Pioneers, behind senior guard Emma Gouge’s big night, notched their first win over D-B since December of 2005. It also dealt the Lady Indians their first conference loss of the season.

Gouge finished with a game-high 18 points and made her last five shots from the field. Her stellar second half included a layup with 24.6 seconds to go that gave Crockett a 46-42 lead.

“That felt like it was supposed to be the dagger, but we went down and committed a silly foul,” Crockett coach Thomas Gouge said. “I’m just so proud of these girls and we’re going to build off of this win towards something even better.”

Jabrea Johnson led D-B with 10 points and made two crucial free throws with under 15 seconds to go to bring the Tribe within a bucket. However, Jaden Potts’ shot to tie the game went wide as time expired.

The Lady Indians were a woeful 8-for-29 from 3-point range and were only 2 of 20 at halftime. D-B also had 10 turnovers in the second half and a string of four straight led to a 6-0 run for Crockett to start the fourth quarter.

“The seniors have been through so much for four years and we’ve been battling,” Gouge said. “We’ve blown a few leads over the last few weeks, but this feels so good to beat Dobyns-Bennett because they’re a great team and well-coached.”

Crockett was 20 of 47 from the field, but made just two of its 11 shots from long range. The Lady Pioneers were guilty of just one turnover in the final stanza.