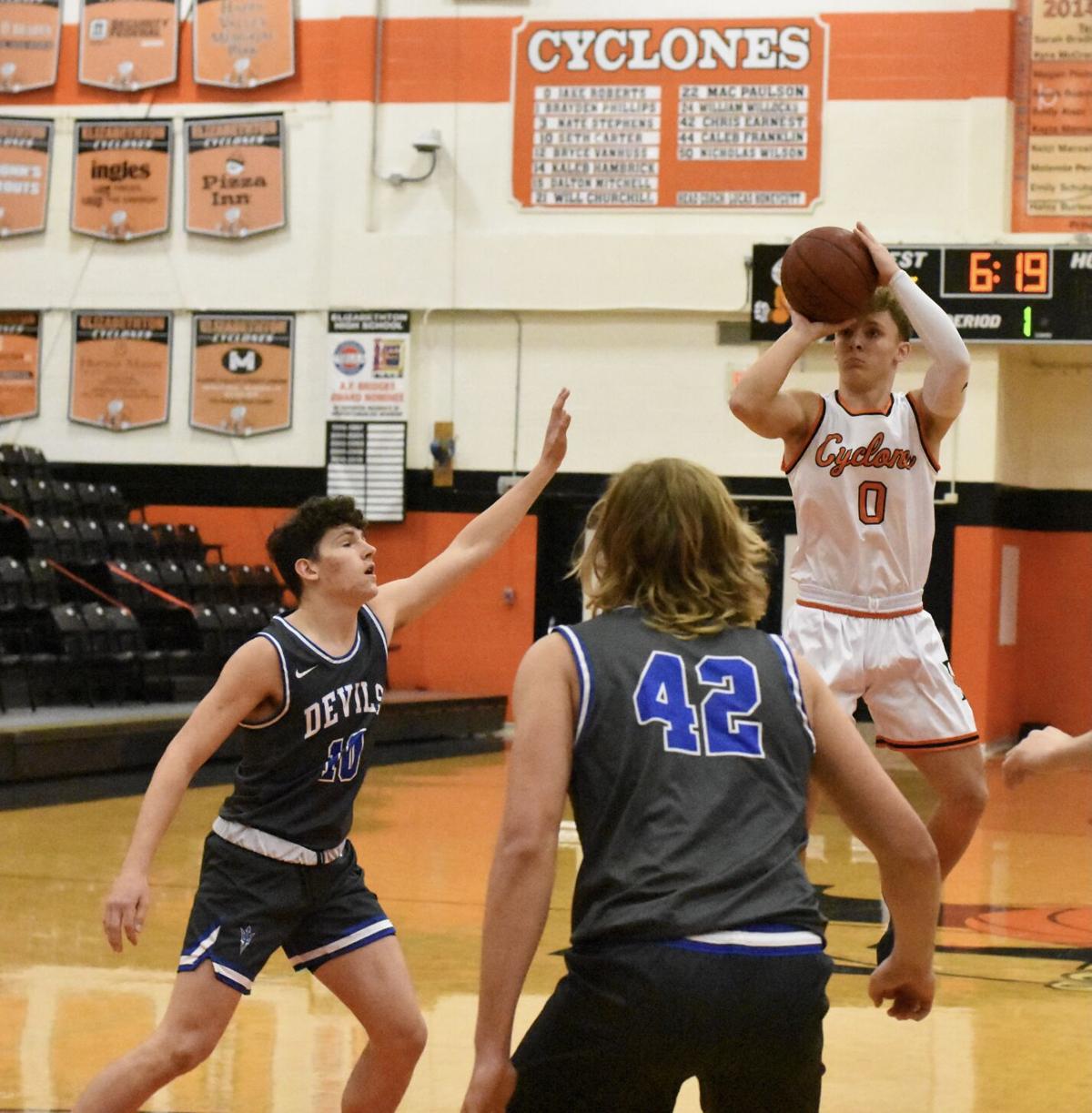 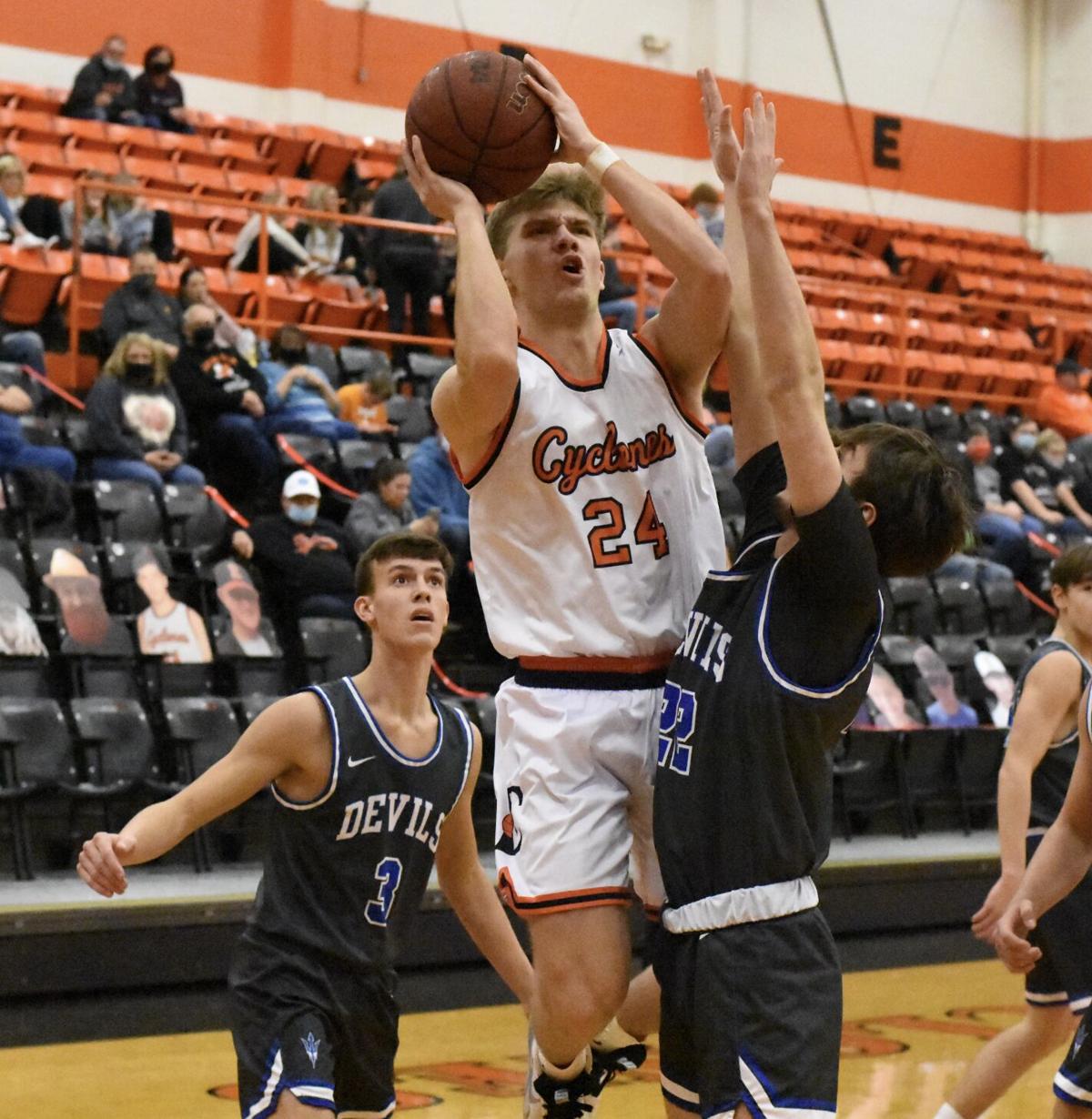 Elizabethton’s William Willocks (24) had 16 points, including a crucial 3-pointer, in the Cyclones’ 73-63 win over Unicoi County. 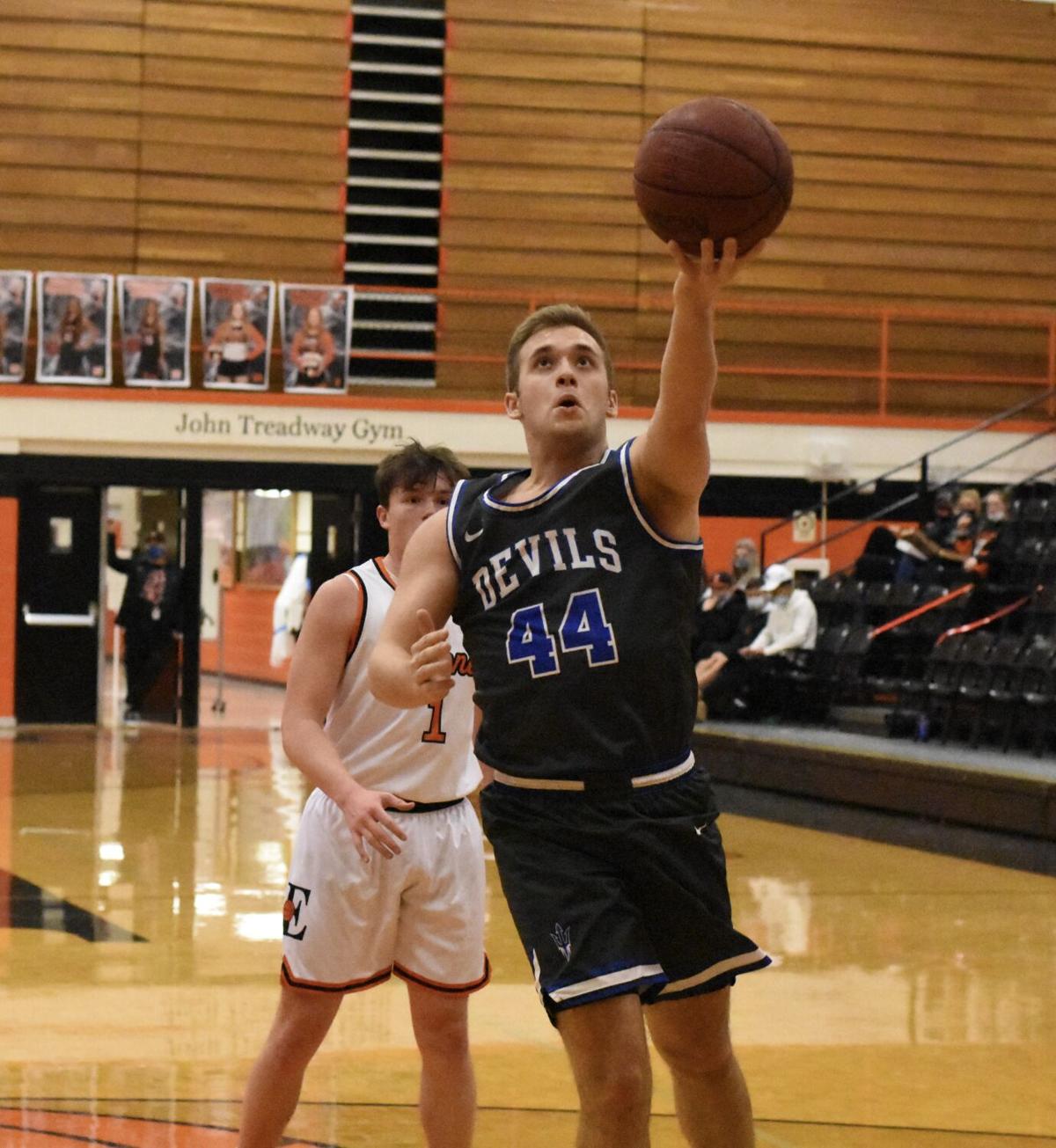 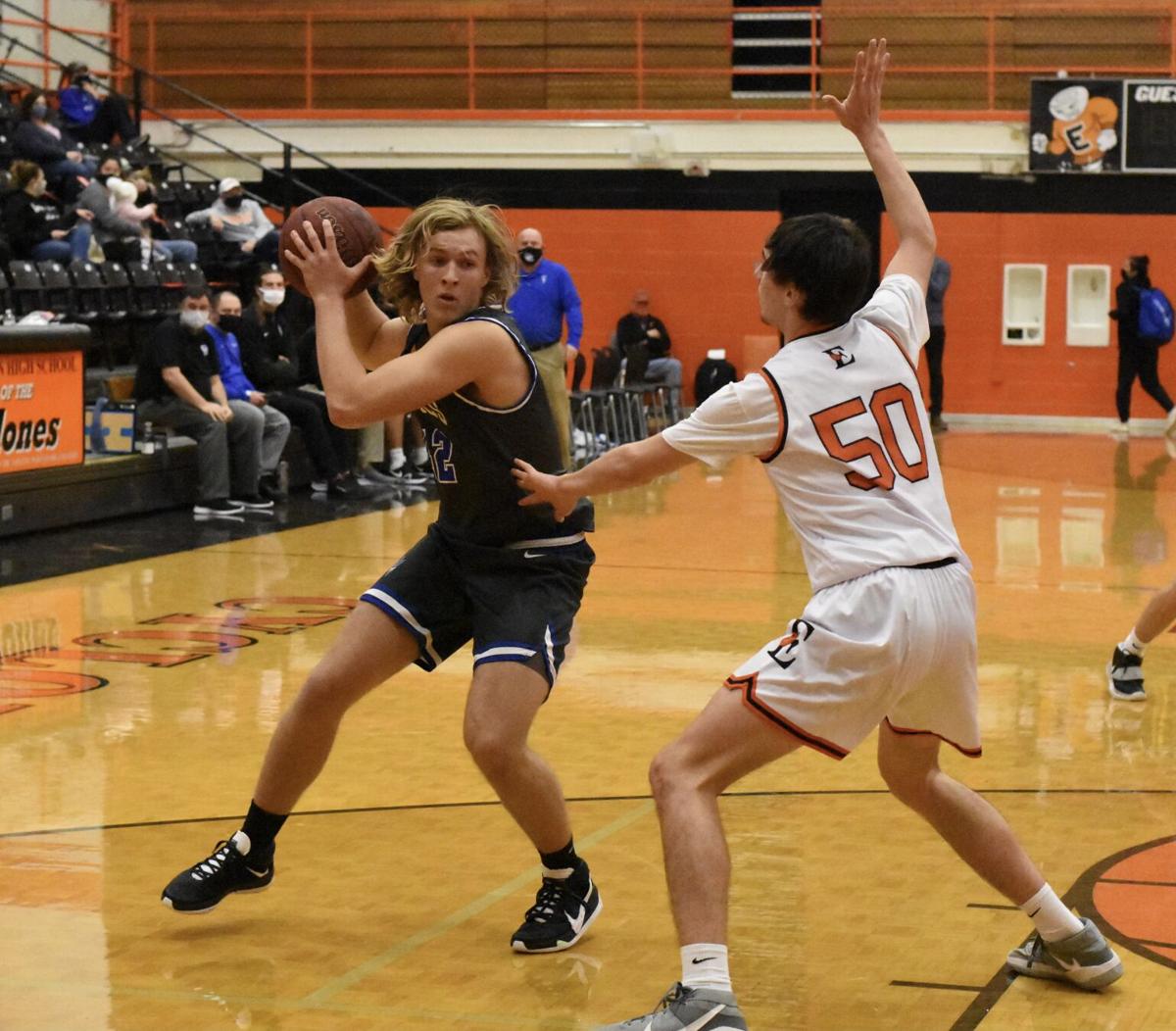 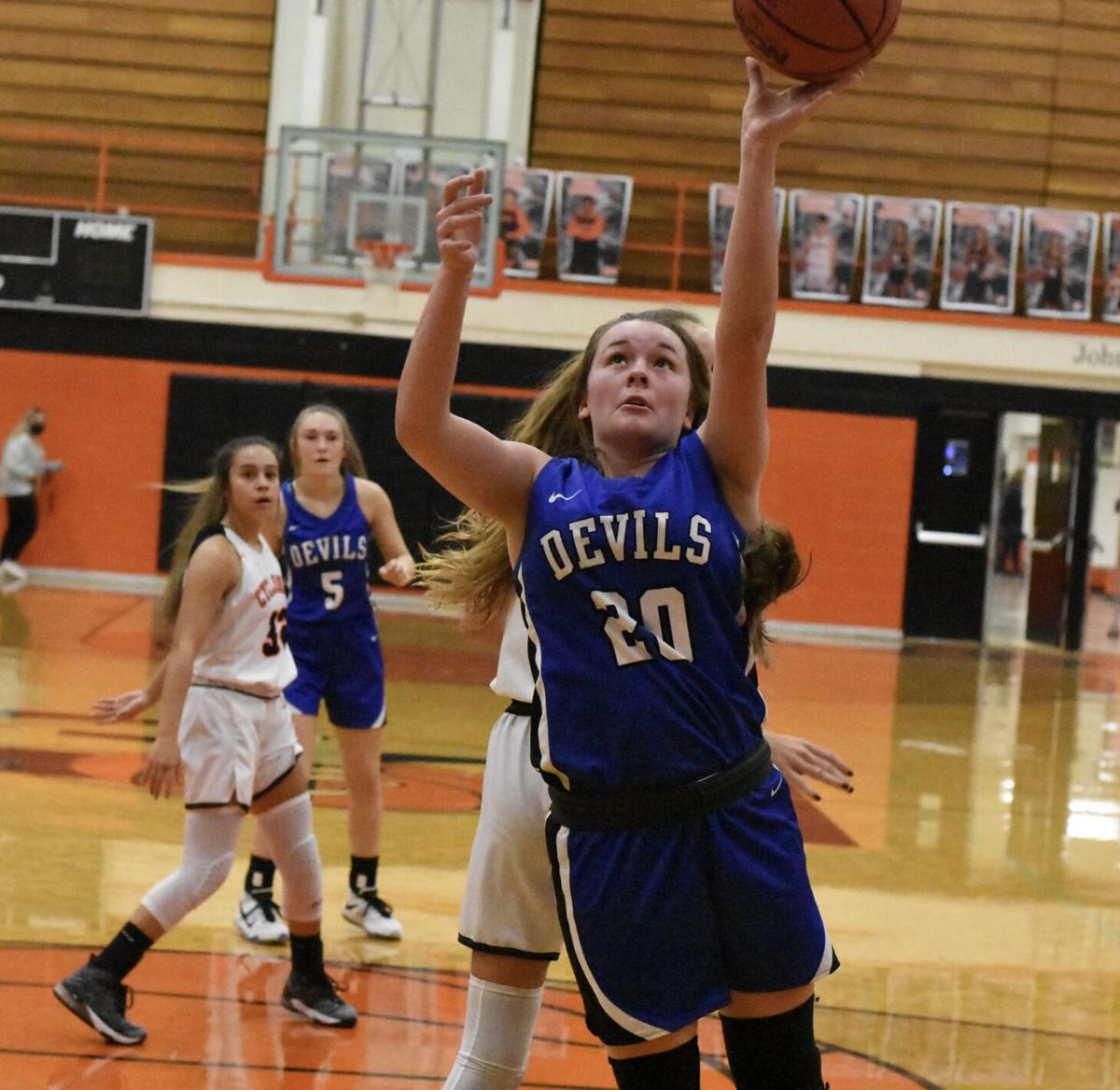 Unicoi County’s Allie Lingerfelt goes up for the layup. 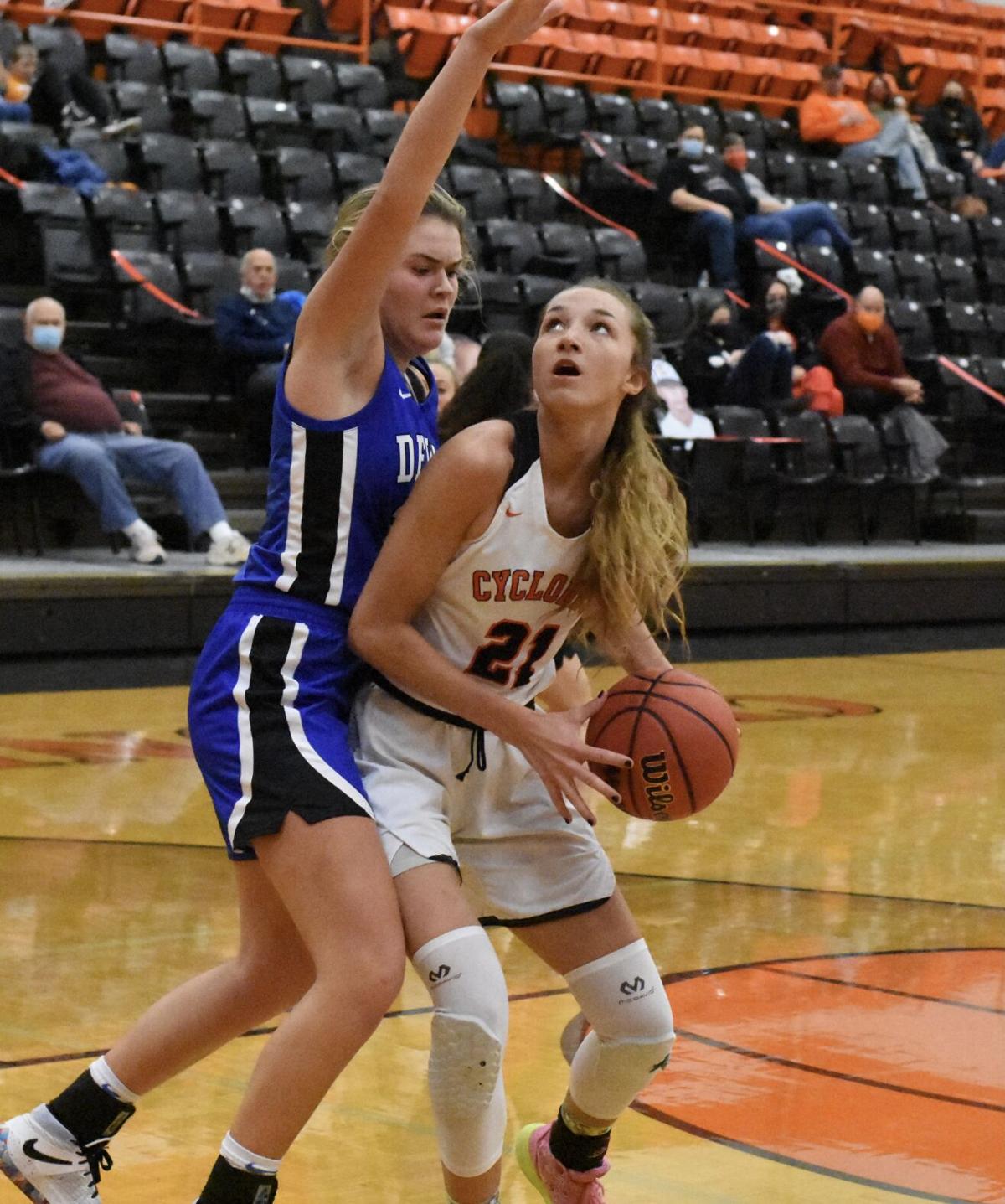 Elizabethton’s Morgan Headrick (21) is guarded by Unicoi County’s Caroline Podvin in the paint. 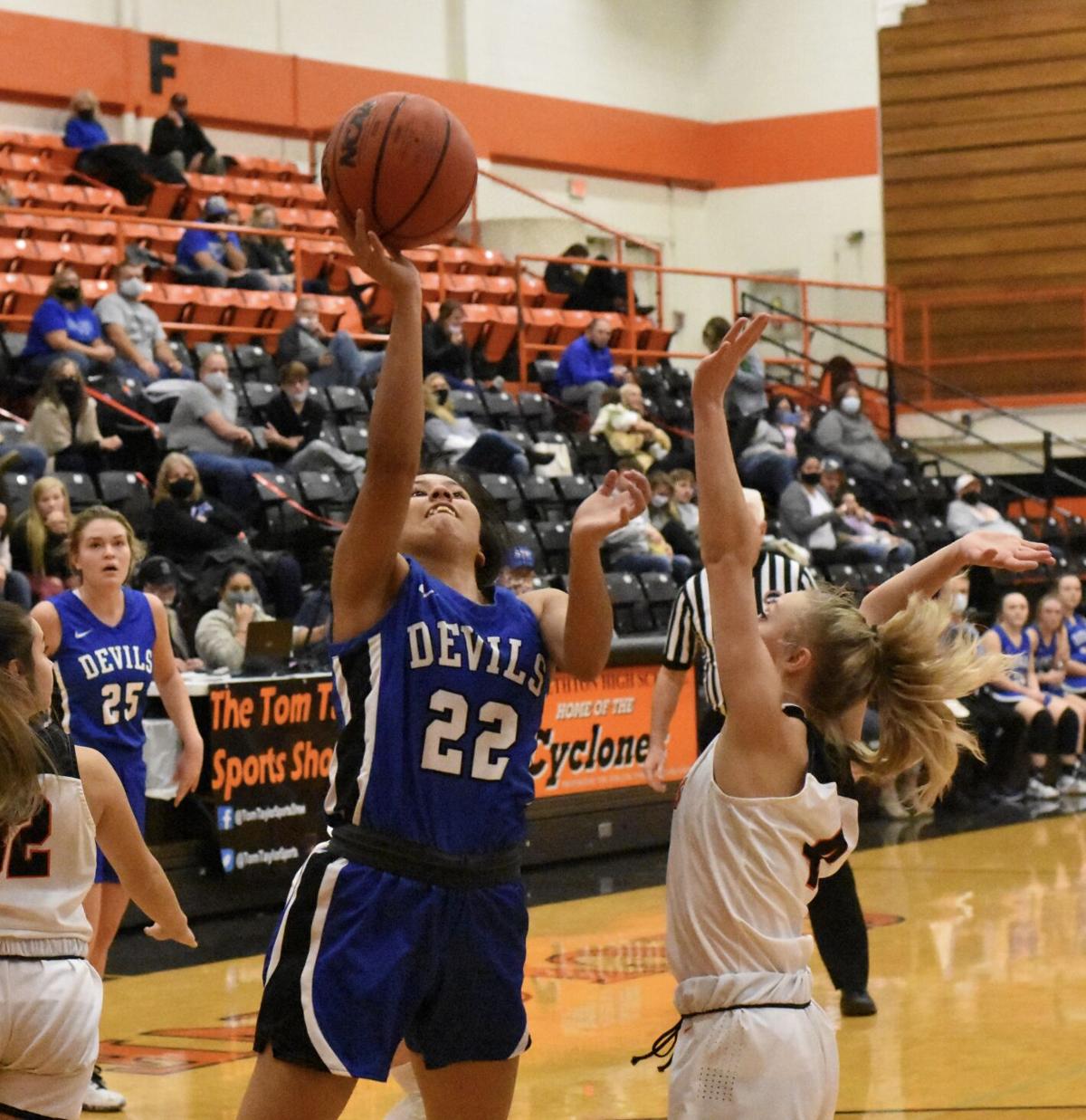 Elizabethton’s William Willocks (24) had 16 points, including a crucial 3-pointer, in the Cyclones’ 73-63 win over Unicoi County.

Unicoi County’s Allie Lingerfelt goes up for the layup.

Elizabethton’s Morgan Headrick (21) is guarded by Unicoi County’s Caroline Podvin in the paint.

Roberts tickled the twine for a game-high 29 points with 10 coming in the fourth quarter — and arguably the game-changing basket to end the third period.

“When shots fall, it’s contagious,” Elizabethton coach Lucas Honeycutt said. “The energy in the building was amazing with the low number of people that we had in here. Hats off to our fans for that.”

The momentum shifted at the end of the third quarter as Roberts made a big 3-pointer as time expired, putting Elizabethton up 49-48.

From there, the Cyclones increased the lead behind a big 3-pointer from William Willocks that made it a three-possession game with under three minutes to go.

He finished with 16 points on 4 of 7 shooting and made 7 of 8 at the free throw line. Elizabethton shot 27-for-54 for the contest and was guilty of only eight turnovers.

“We changed our starting lineup a little bit tonight and we had two point guards out there at times,” Honeycutt said. “There weren’t a lot of turnovers and that was something good. We were able to relax and get into some of our offensive sets.”

Unicoi County got a big game from Grant Hensley, little brother of the school’s all-time leading scorer Trevor, who now stars for Milligan.

Hensley racked up 22 points on 7-for-9 from the field — including 5 of 7 from long range — and making all three of his free throws. He did not, however, tally any points in the final stanza.

“We lost him in transition a few times,” Honeycutt said. “It felt like we were playing his big brother Trevor a few years ago. He stretched the floor on us tonight, but no points in the fourth quarter. That’s our kids seeing it and adjusting.”

Luke Slagle had a solid night as well for the Blue Devils, netting 17.

Unicoi County shot 21-for-46 from the field, but turned the ball over 13 times.

The Lady Cyclones held off a strong Unicoi County rally in the fourth quarter to register their first conference victory of the season.

Morgan Headrick and Torrie Roberts each had 12 to lead Elizabethton.

“They’re Unicoi and they’re never going to go away quietly,” Elizabethton coach Lucas Andrews said. “They’re physical, tough and they get after it.”

Coach Andrews’ outfit was guilty of 15 turnovers on the evening, but shot a somewhat respectable 42% from the field. Unicoi finished at 38.5%.

“We’ve not played since last Thursday and the shots will eventually start falling,” he said. “I feel like our defense is good enough to win us ballgames.”

Caroline Podvin netted 12 to lead Unicoi County, which had a chance to tie the game with 2.9 seconds left. A cross-court pass was thrown to Abigail Rush, but the Elizabethton defense collapsed and made the sideline an extra defender.

Time ran out before the Lady Blue Devils were even able to get off a shot.

“Our girls executed,” Andrews said. “We changed up how we guarded some side out-of-bounds plays and we did a really good job so that they didn’t get a quick touch then a turnaround shot.

“They swarmed the ball there and played good defense. That’s a stressful situation because we’re playing a lot of young kids right now and I was proud of them for that.”