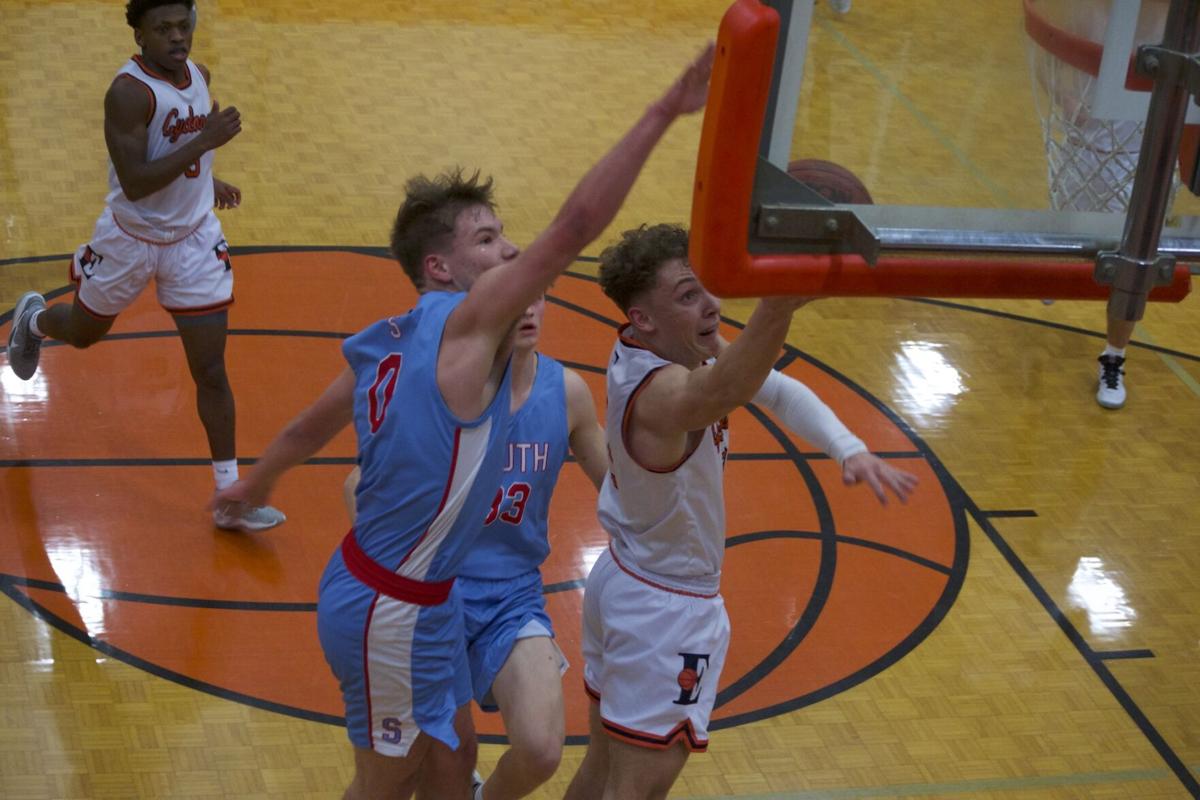 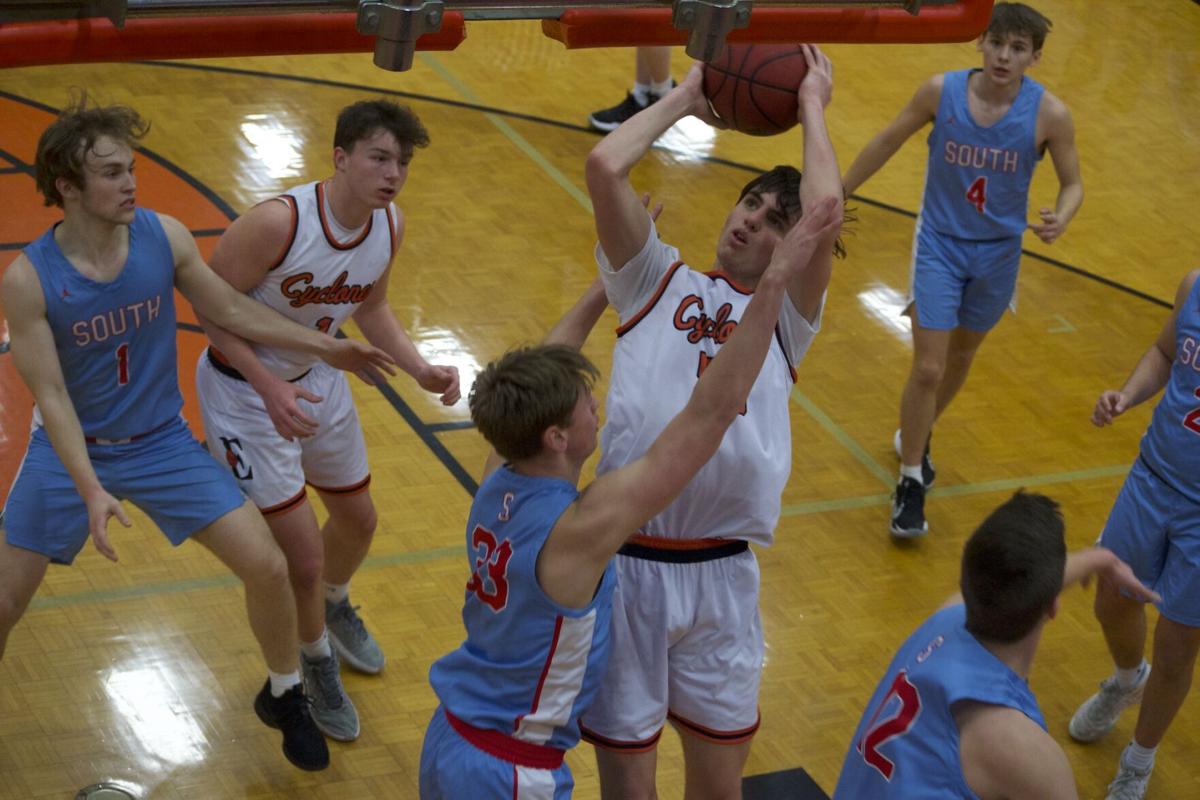 Elizabethton's Nick Wilson goes up for the score against Sullivan South's Aaron Holmes (33) in the second quarter of Saturday's game. 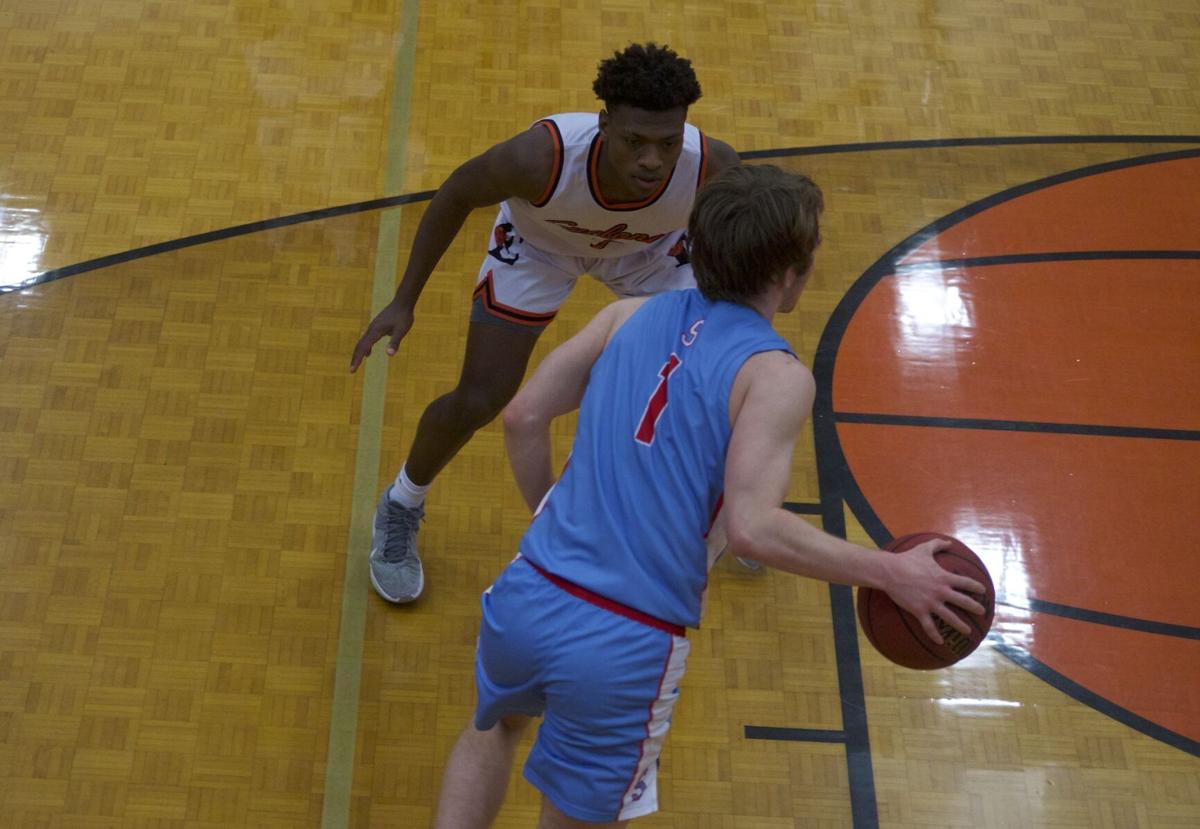 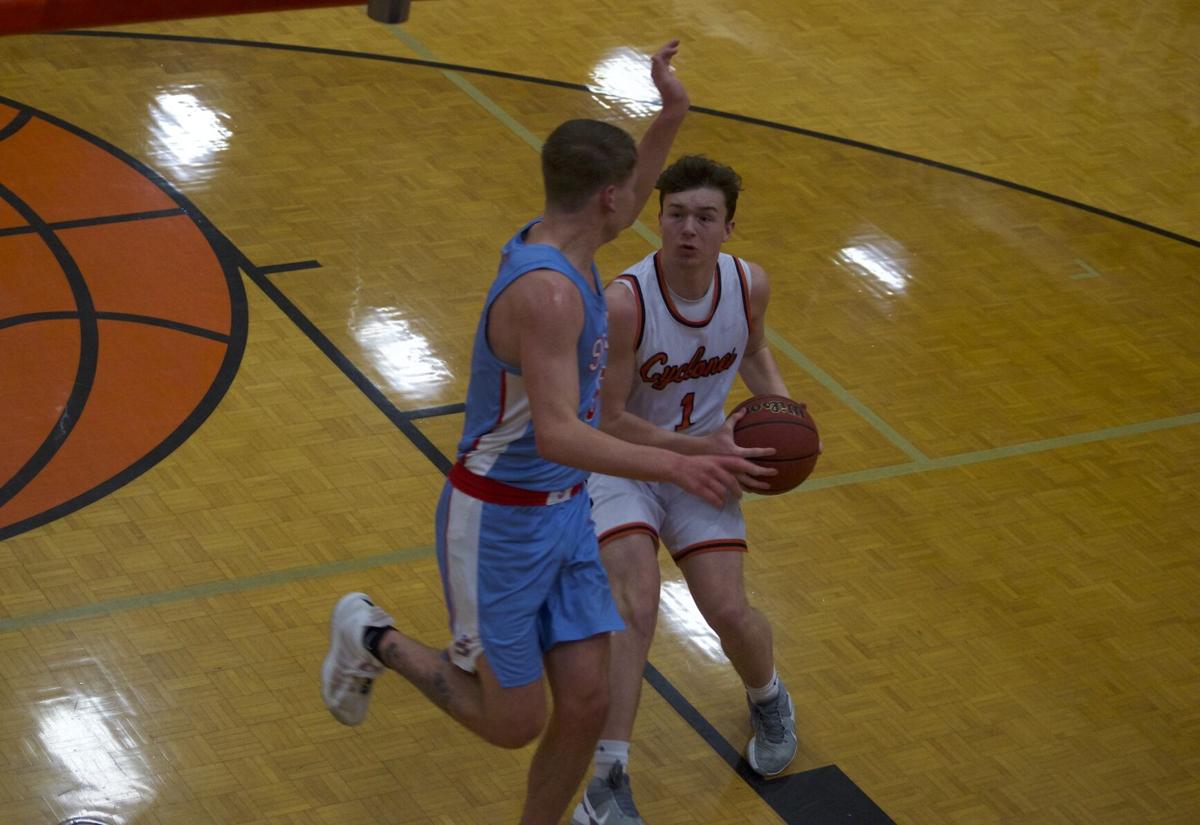 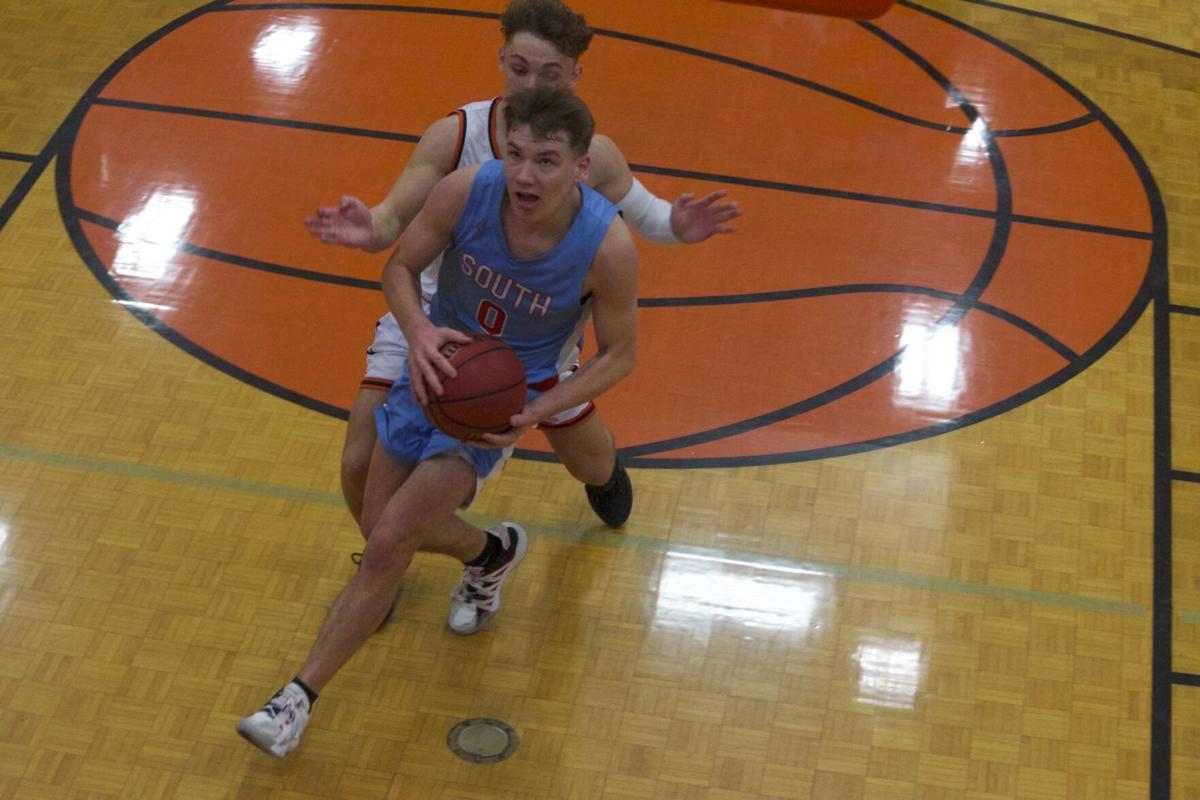 Sullivan South's Nick Ellege goes in for the layup as Elizabethton's Jake Roberts looks to catch up. Ellege scored a team-best 22 points for the Rebels.

Elizabethton's Nick Wilson goes up for the score against Sullivan South's Aaron Holmes (33) in the second quarter of Saturday's game.

Sullivan South's Nick Ellege goes in for the layup as Elizabethton's Jake Roberts looks to catch up. Ellege scored a team-best 22 points for the Rebels.

ELIZABETHTON — With Elizabethton on the attack and Sullivan South showing no intention of backing down, the teams played a thriller in the District 1-AA basketball tournament for a second straight year.

This time, the homestanding Cyclones got the best of the Rebels in a 72-63 double-overtime victory Saturday night at Treadway Gymnasium.

Elizabethton (17-6) is scheduled to go on the road to Sullivan East, an 83-76 winner over Unicoi County in the other semifinal, for the district championship Tuesday at 7 p.m.

Jake Roberts led the way for the Cyclones with a game-high 26 points. They included him making three straight free throws after being fouled as Elizabethton trailed 50-47 with 11 seconds left in the first overtime.

“You can’t think about too much when you’re at the line,” Roberts said. “Otherwise, things start getting in your head and you’re missing those shots. It’s something we practice every day, so I just looked at it as free-throw practice.”

Roberts had appeared to put the game away in regulation. He hit a 3-point shot from the left corner out of a timeout to put Elizabethton ahead 43-38. However, South’s Cooper Johnson and Nick Ellege thought otherwise.

Johnson stripped the ball from Roberts and scored on a layup with 45 seconds left. Ellege then buried a game-tying, 3-pointer to tie the game 43-all at the end of regulation.

Ellege led the Rebels (11-11) with 22 points. He was followed by Drew Hoover with 15 points and Johnson with eight.

“It was a great battle to get to overtime and the kids played extremely hard,” South coach Mark Pendleton said. “They’ve been waiting for a game like this in a district semifinal. Cooper, Nick and Drew are leading us, but guys like J.D. (Jackson Dean) and Will (Harris) are stepping up. Aaron Holmes came in and played well for us. I couldn’t have been prouder of the effort.”

In the second overtime, the Rebels tried their best to keep pace with the Cyclones, but every time Elizabethton answered. William Willocks had 10 of his 22 points in the second overtime period. Nick Wilson was a force inside throughout the game and had 14 in the victory.

“Every time we felt like we needed a bucket, William got it for us,” Elizabethton coach Lucas Honeycutt said. “Of course, Jake made the shots people expect him to hit. Every kid from our squad that came on the floor was ready to go. That’s impressive because our last game was Tuesday before last. We’ve been practicing the entire time.

Both teams gave it their all Saturday with neither team able to gain much of an advantage.

The Rebels led 11-9 at the end of one quarter, but Elizabethton pulled ahead by eight points in the second quarter. It was the largest lead all night. Johnson knocked down a short jumper with a second left on the clock as South rallied to trail 20-16 at halftime.

Playing even through the third quarter, the Cyclones took a four-point lead into the final period. The Cyclones took a 39-38 edge on an old-fashioned, 3-point play by Wilson with 3:16 left and stayed ahead until Ellege’s shot at the end.

Asked why the Cyclones and Rebels so often tend to go down to the wire, Roberts had the answer.

“It’s the competitive nature between both teams,” Roberts said. “Neither one of us want to lose a close game like that and we’re going to do everything we can to win.”