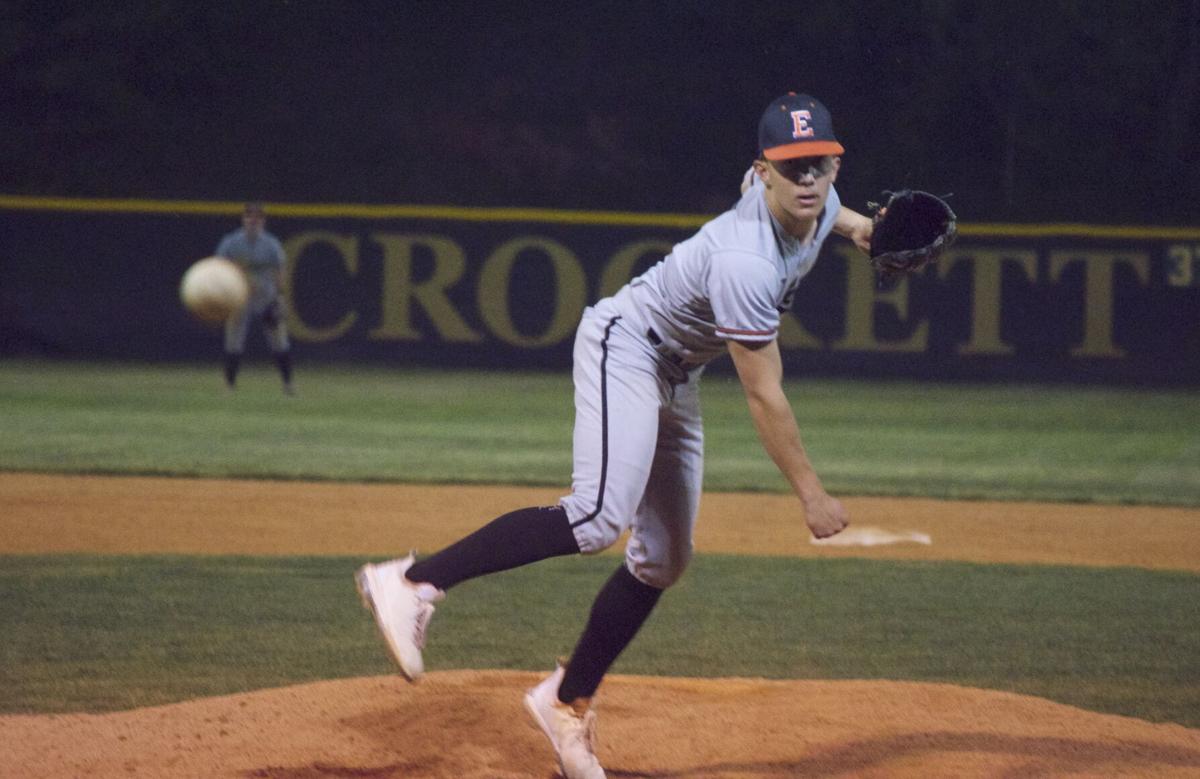 Elizabethton pitcher Gage Treadway had a solid outing to pick up the win for the Cyclones. 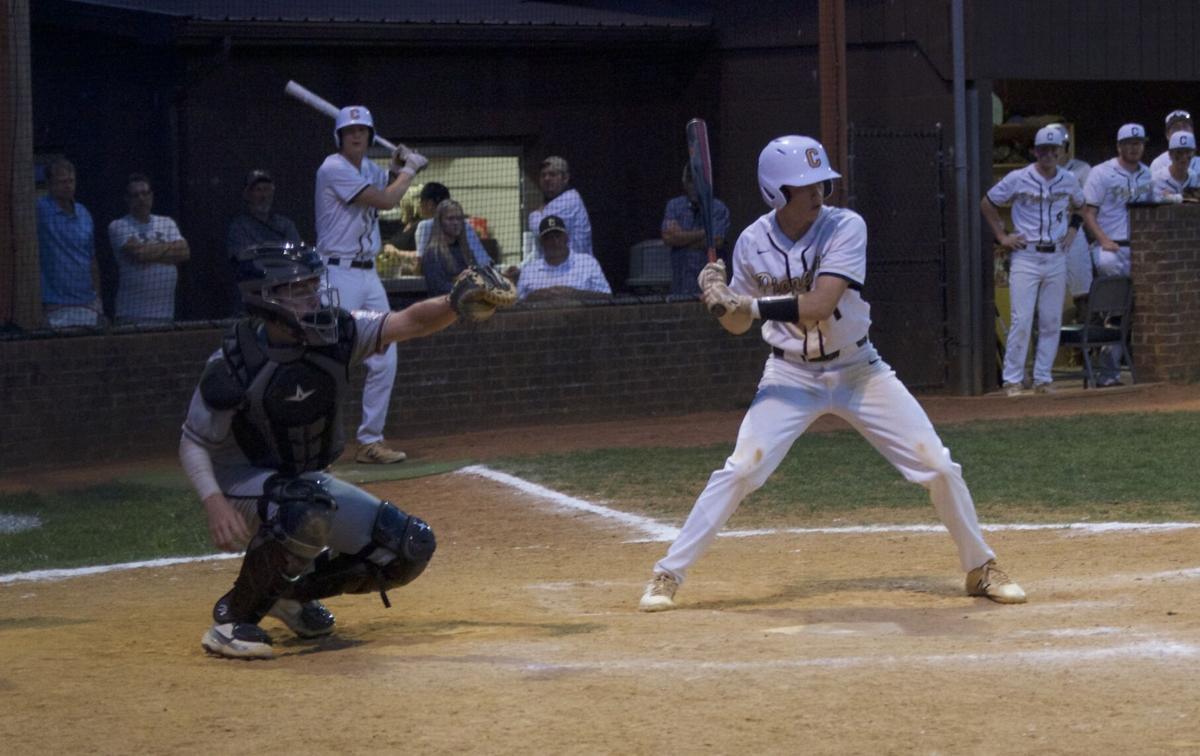 David Crockett's Hayden Osburn takes a pitch in the second inning. He scored the game's first run, one night after his walk-off hit gave the Pioneers a win over Cherokee.

Elizabethton pitcher Gage Treadway had a solid outing to pick up the win for the Cyclones.

David Crockett's Hayden Osburn takes a pitch in the second inning. He scored the game's first run, one night after his walk-off hit gave the Pioneers a win over Cherokee.

It’s not the overpowering Elizabethton baseball team of recent years.

That’s not to say this group of Cyclones is less talented. They’re just finding more creative ways to score as evident in an 8-6 win over David Crockett on Wednesday night at Sonny Miller Field.

The Cyclones (16-7) used a combination of 12 hits, six walks, five stolen bases and a sacrifice bunt to get runs across. Jaden Anderson set the tone in the lead-off spot. He was 4-for-5 at the plate and scored three times.

“It was a good back-and-forth affair, especially this time of year,” Presnell said. “Even if we had lost that game, I liked the way we battled, the looks we got. We got some good ABs in pressure situations. That’s the type of non-conference game you want to have.”

“That’s not something we’ve had to do the last few years. We’ve had a lot of power, a lot of gap-to-gap guys,” Presnell said. “Kind of surprisingly, we’ve had to work on manufacturing runs, trying to move runners and things like that. But, our guys have done a great job of adapting and taking the coaching we’ve given them.”

Starting pitcher Gage Treadway battled as well. He went five innings before giving way to Anderson in the sixth. Bryson Rollins closed it out in the seventh for the save, but Treadway going so long, sets the Cyclones up well for other non-conference games coming up.

Anderson also made a huge impact on the field, coming up with some stellar defensive plays at second base.

David Crockett (13-11) hung with the Cyclones to the end, getting out to a 2-0 lead on Dakota Stout’s single to score Hayden Osburn and Carson Mosier.

Elizabethton scored two runs in the third, fourth and fifth innings for a 6-2 lead, but the Pioneers responded with three runs in the bottom of the fifth.

Stout finished with two hits, including a double, and three RBIs. Mason Britton had two hits and reached base four times, while Caleb Blackburn also had two hits.

Cody Wheeley suffered the loss, also going five innings before being relieved by Garrett Richardson. The Pioneers left 10 on base and were hampered by a pair of costly, late-inning, base-running blunders.

On the defensive side, Crockett coach Spencer Street saw too many times that the Cyclones were able to extend innings.

“We didn’t play bad, but we didn’t do a good job of stopping the bleeding when we had chances,” Crockett coach Spencer Street said. “We put a lot of focus on manufacturing runs and they’re one of the better teams we’ve seen do that. We were able to take some of that from when we played them the first time. We’re better now than we were a few weeks ago. We just are trying to get it lined up for (the district tournament) next weekend.”