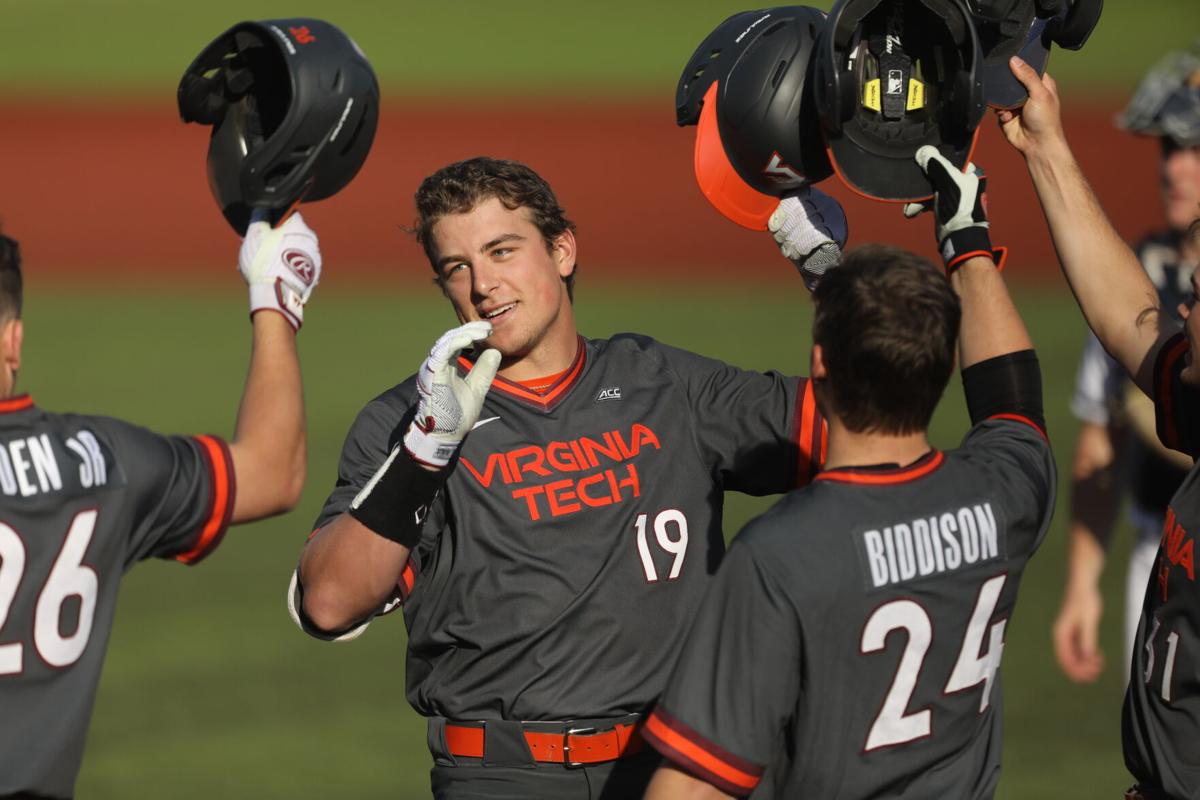 Virginia Tech’s Gavin Cross, a Bristol native, is congratulated by his teammates after belting a second-inning grand slam. 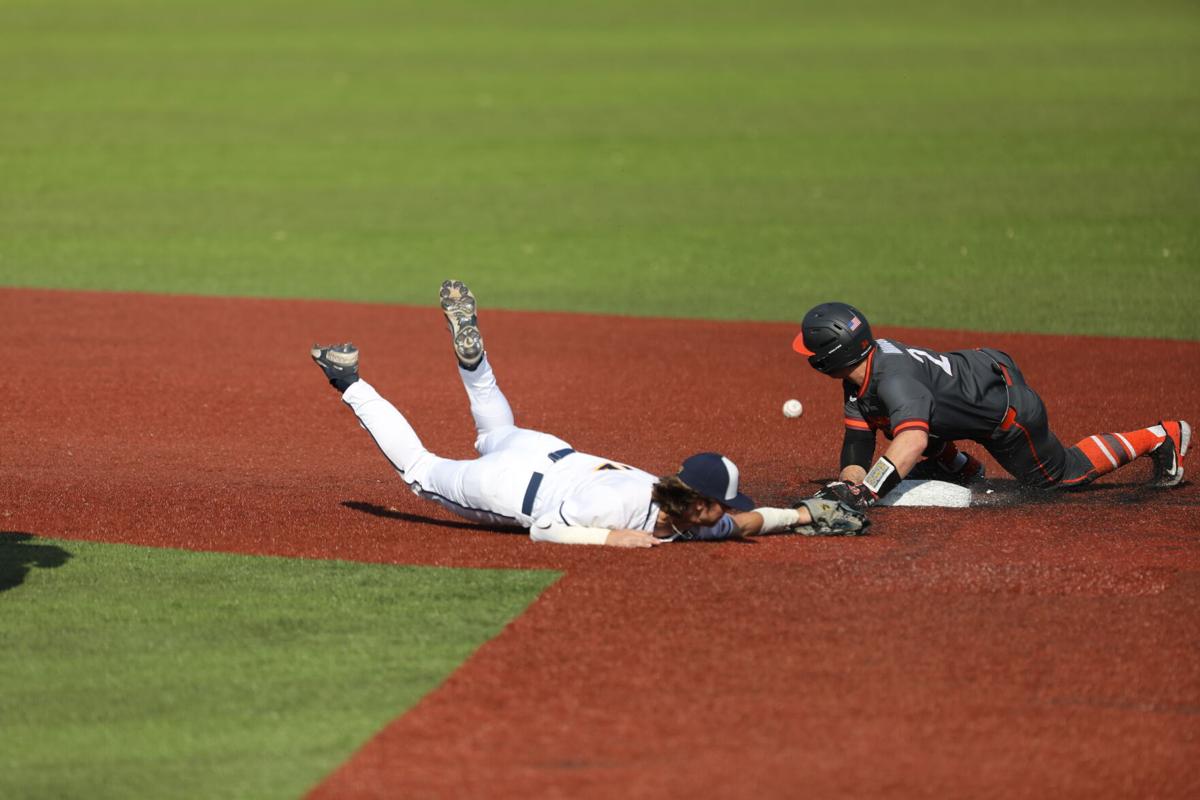 Virginia Tech’s Nick Biddison slides into second with a stolen base as ETSU’s Ashton King can’t come up with the ball.

Virginia Tech’s Gavin Cross, a Bristol native, is congratulated by his teammates after belting a second-inning grand slam.

Virginia Tech’s Nick Biddison slides into second with a stolen base as ETSU’s Ashton King can’t come up with the ball.

Talk about a homecoming.

Gavin Cross celebrated his return to the Tri-Cities on Tuesday night by hitting for the cycle and driving in seven runs, leading No. 23 Virginia Tech to a 15-5 victory over East Tennessee State in a non-conference baseball game at Thomas Stadium.

Cross, a freshman from Bristol who played at Tennessee High, put the Hokies on top for good with a second-inning grand slam. The Hokies’ right fielder completed the cycle with an RBI single up the middle with two outs in the top of the ninth inning. He had a triple in the fourth inning and his two-run double in the fifth put the Hokies on top 14-5.

Virginia Tech had 15 hits and improved to 16-9, while the Bucs fell to 15-12. ETSU committed four errors and didn’t score after putting up five runs over the first two innings.

Cross, whose father Adam played at ETSU, was a freshman All-American last year with the Hokies. He played 16 games before the season was shut down because the coronavirus pandemic. That shortened season didn’t count, so he’s a freshman again this year.

He came into the game hitting .378 and finished 4 for 6 and scored twice. The grand slam was his seventh home run of the season.

Lucas Donlon added a two-run homer in the fifth inning, a shot that put Virginia Tech up 12-5.

After Cross’ grand slam keyed a five-run second inning that left the Hokies up 6-2, the Bucs scored three times in the bottom of the second to make it 6-5. That was as close as they would get. Virginia Tech scored eight runs over the next three innings to ensure the victory.

For the Hokies, Donlon, Nick Biddison, Jack Hurley and Tanner Thomas each had two hits. Donlon drove in four runs.

Peter Sakellaris, the third of eight Virginia Tech pitchers, earned his first win of the season. He held the Bucs scoreless for 1 1/3 innings.

ETSU starter Walker Trusley (0-1) was the loser after giving up five runs in 1 2/3 innings. Only one of the runs charged to him was earned.

The two teams will meet again in Blacksburg, Virginia, on April 27.