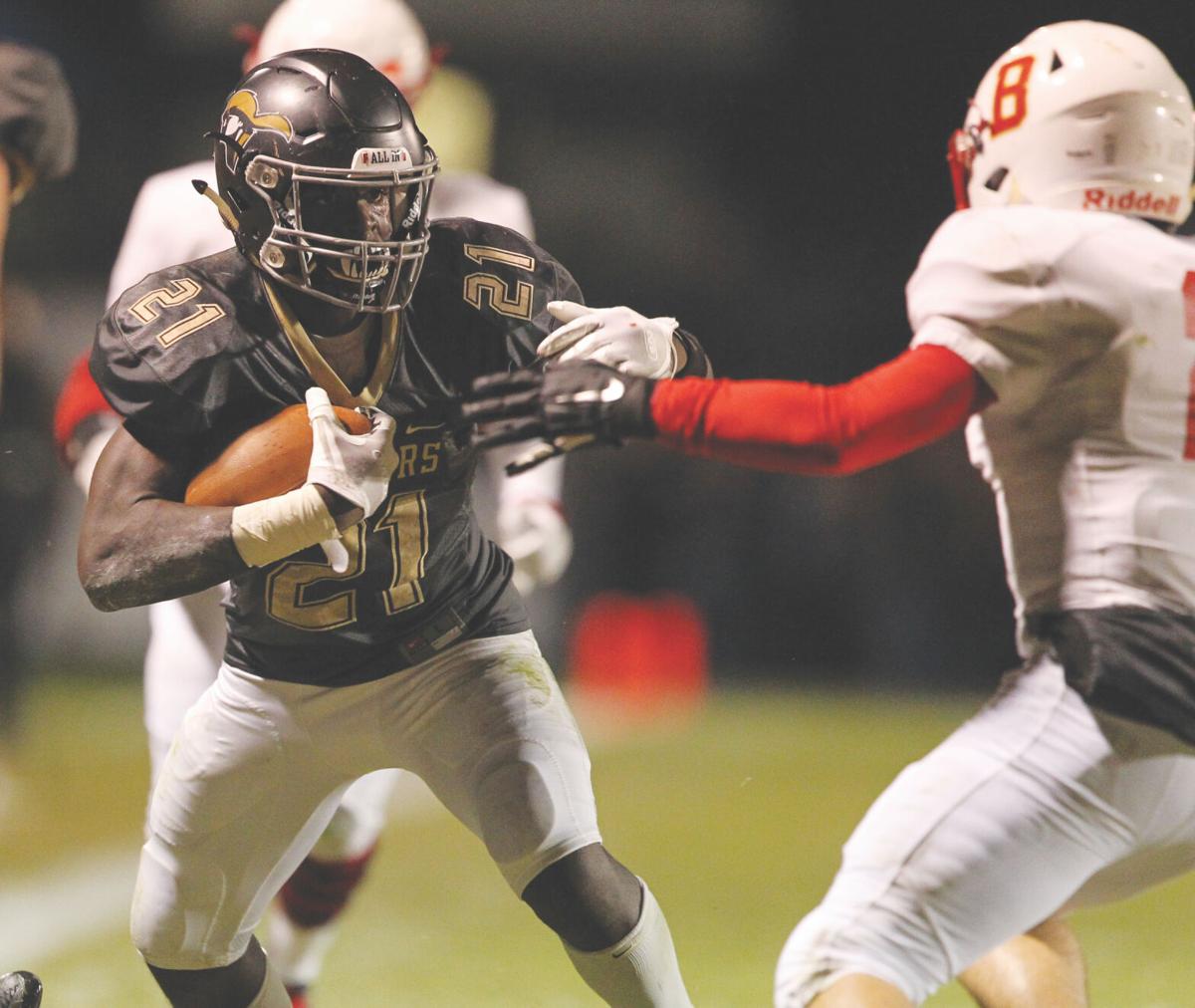 David Crockett’s Prince Kollie rose to the top of the Elite 11 team with a standout senior season. 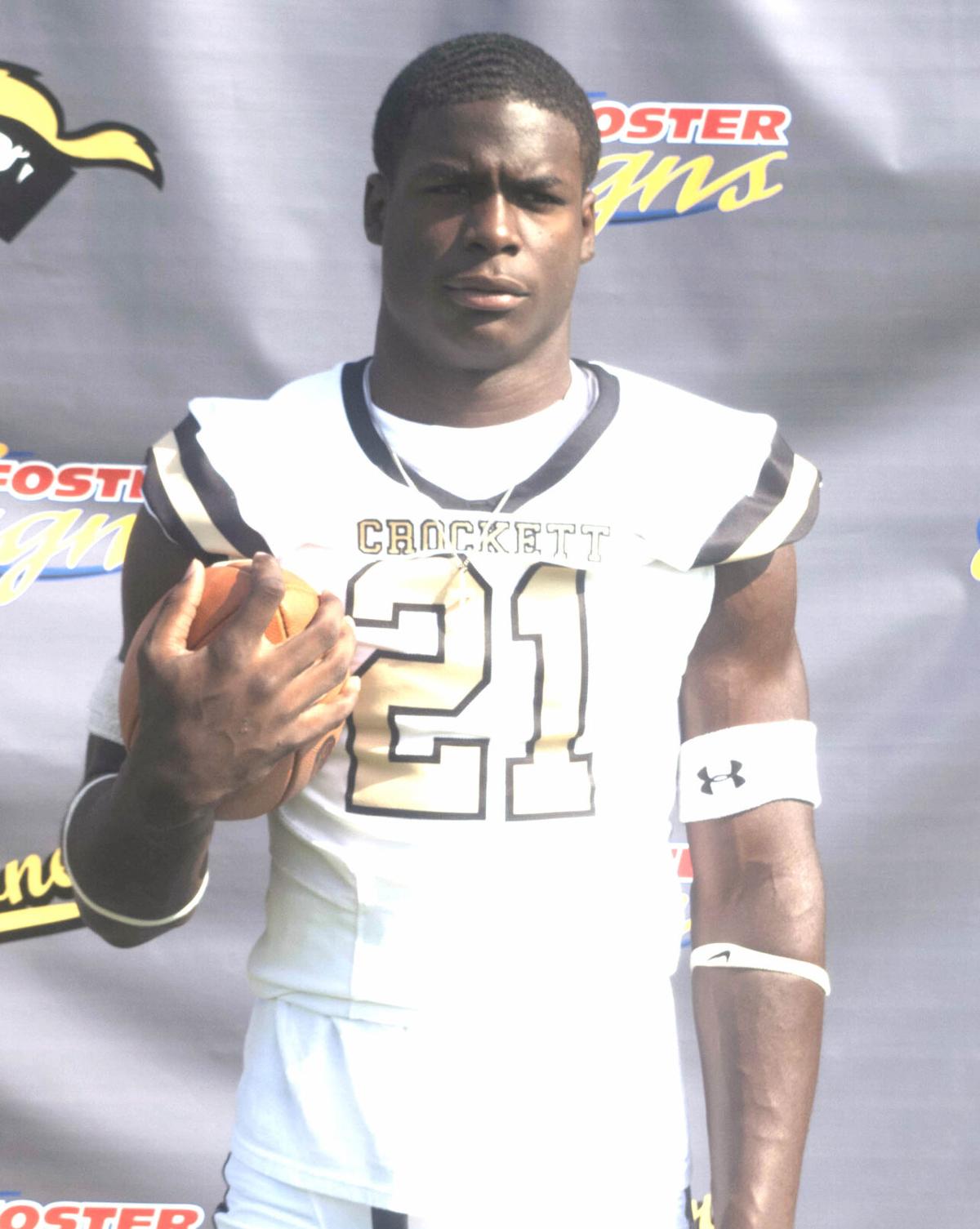 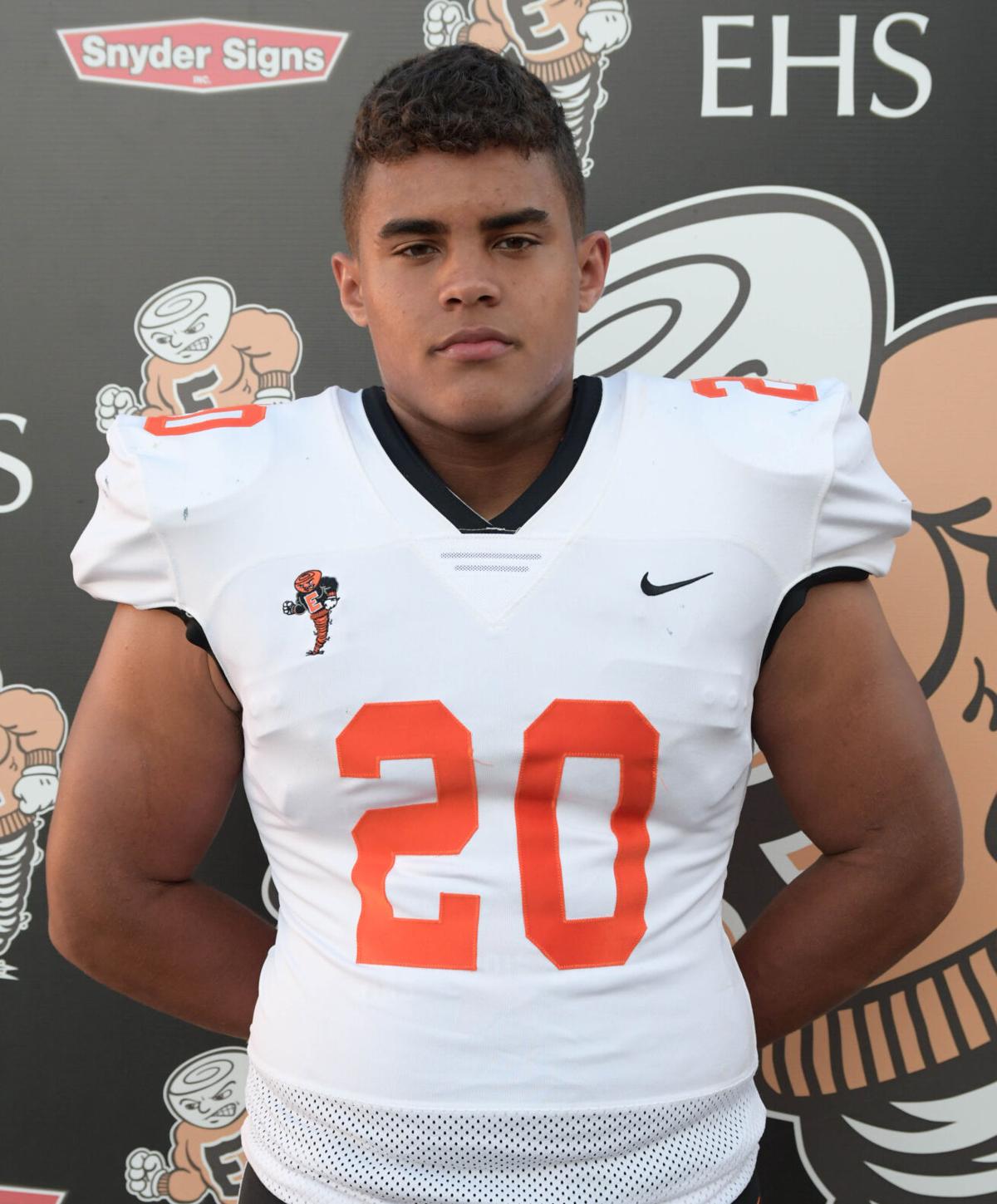 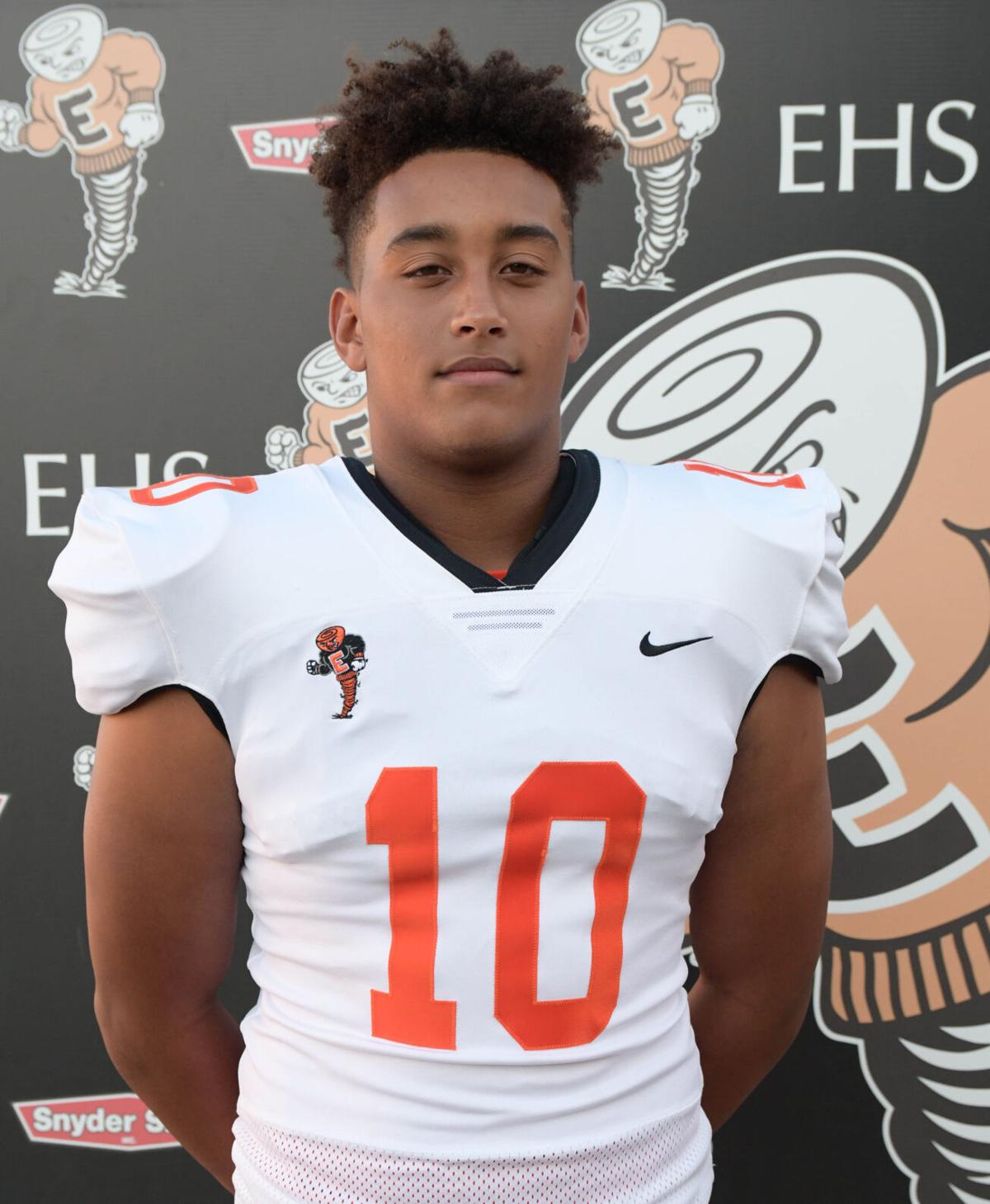 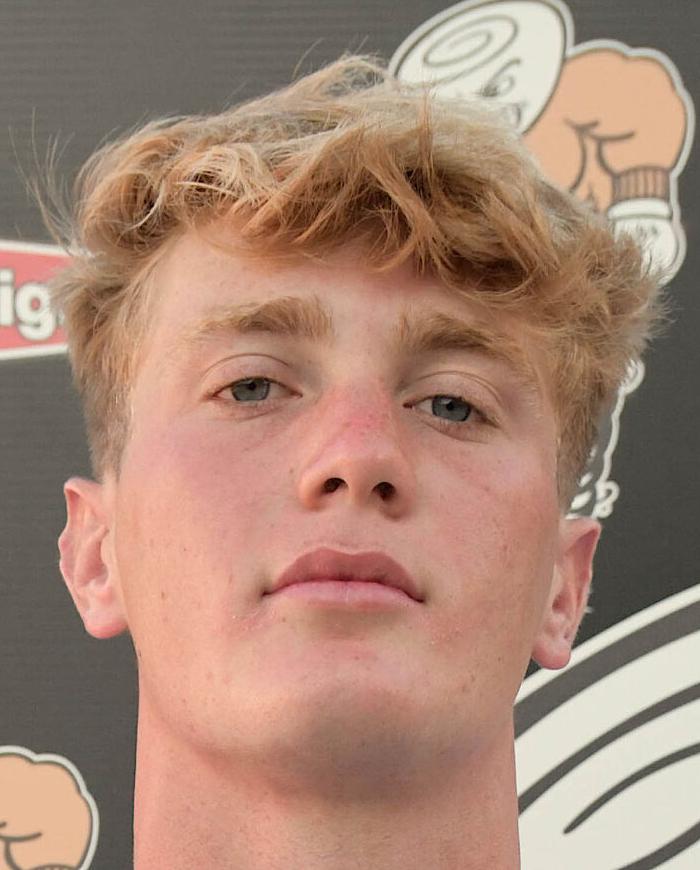 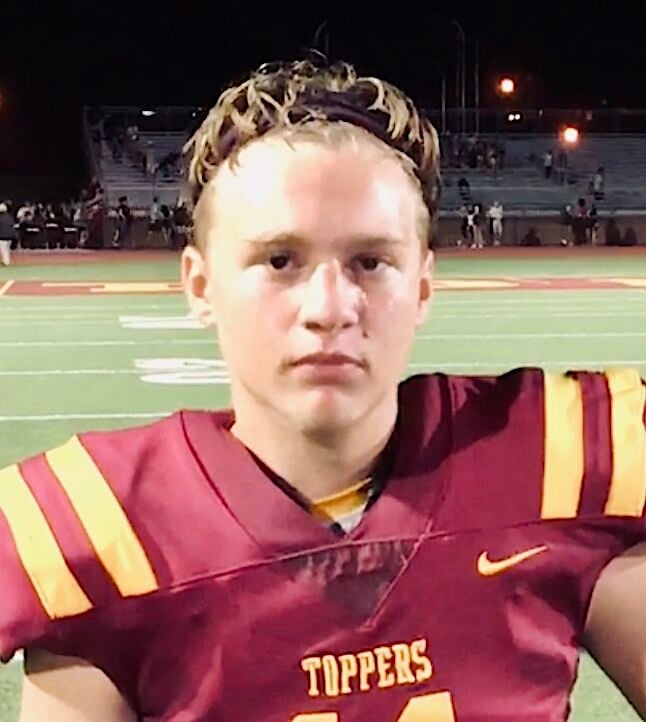 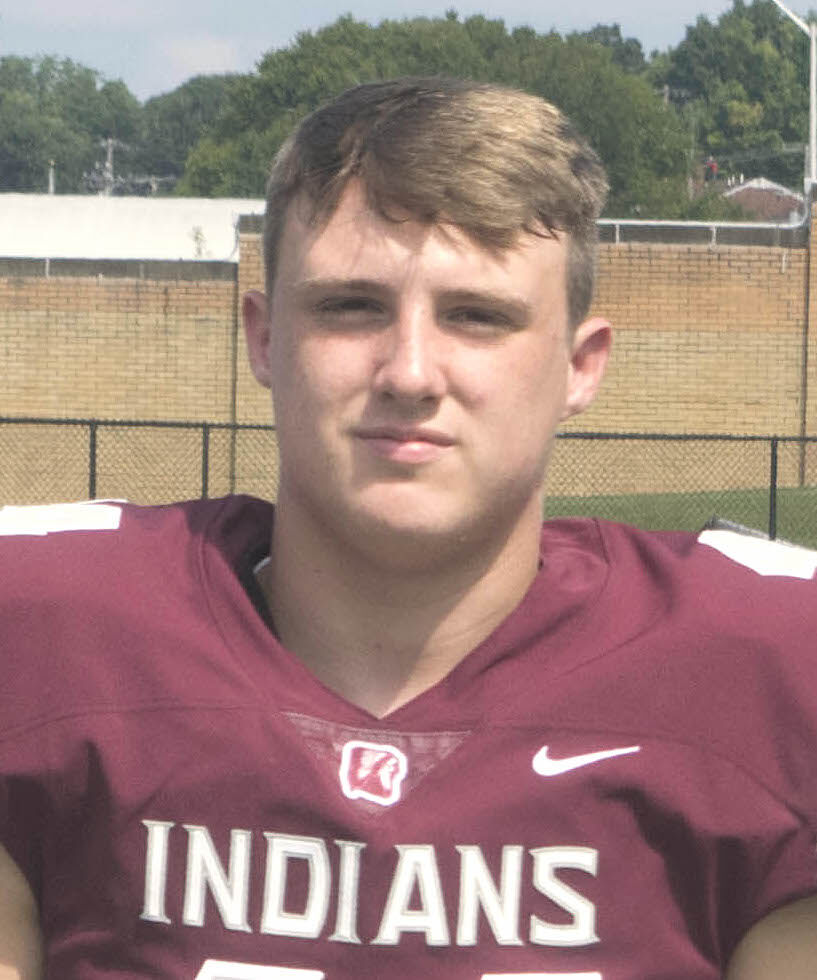 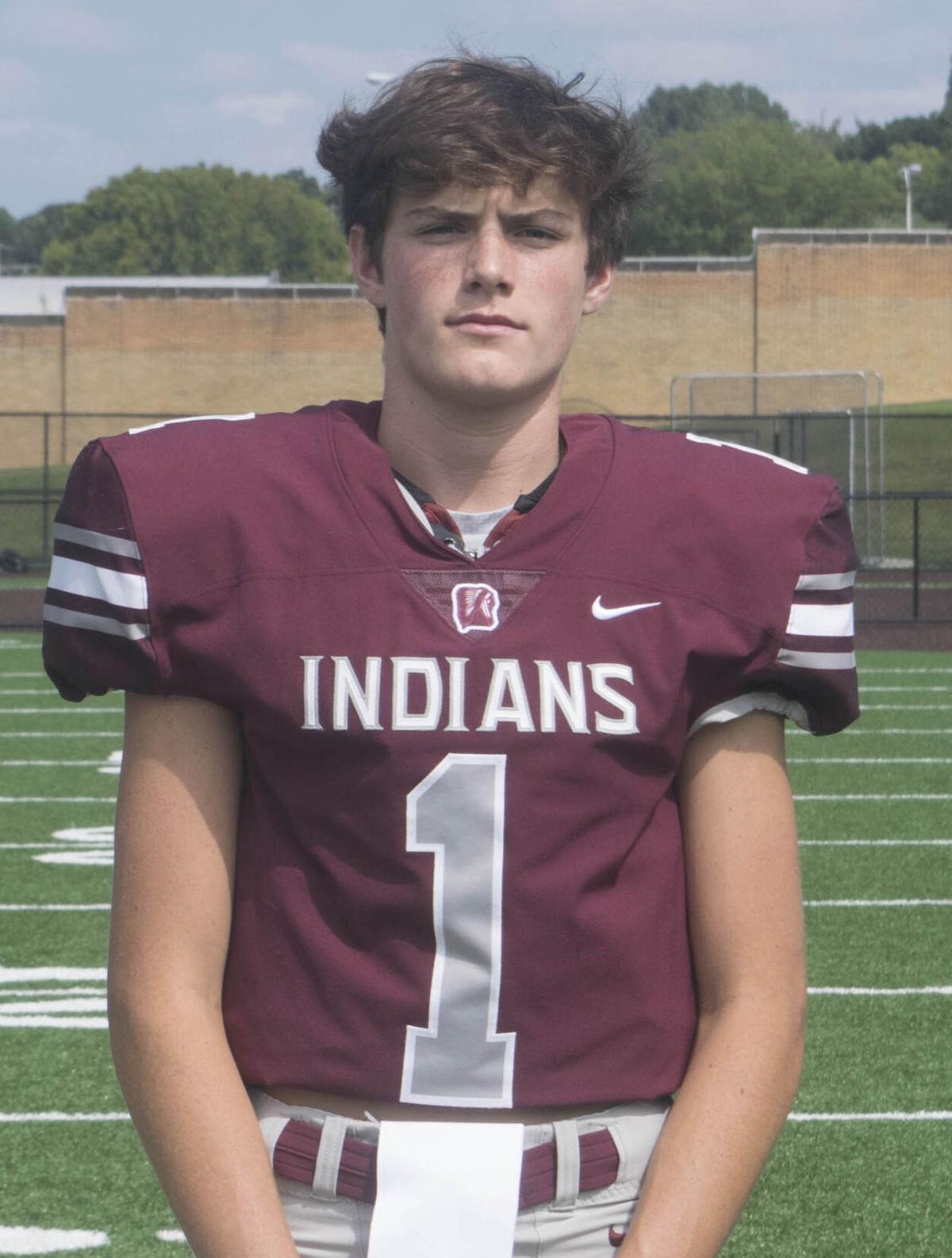 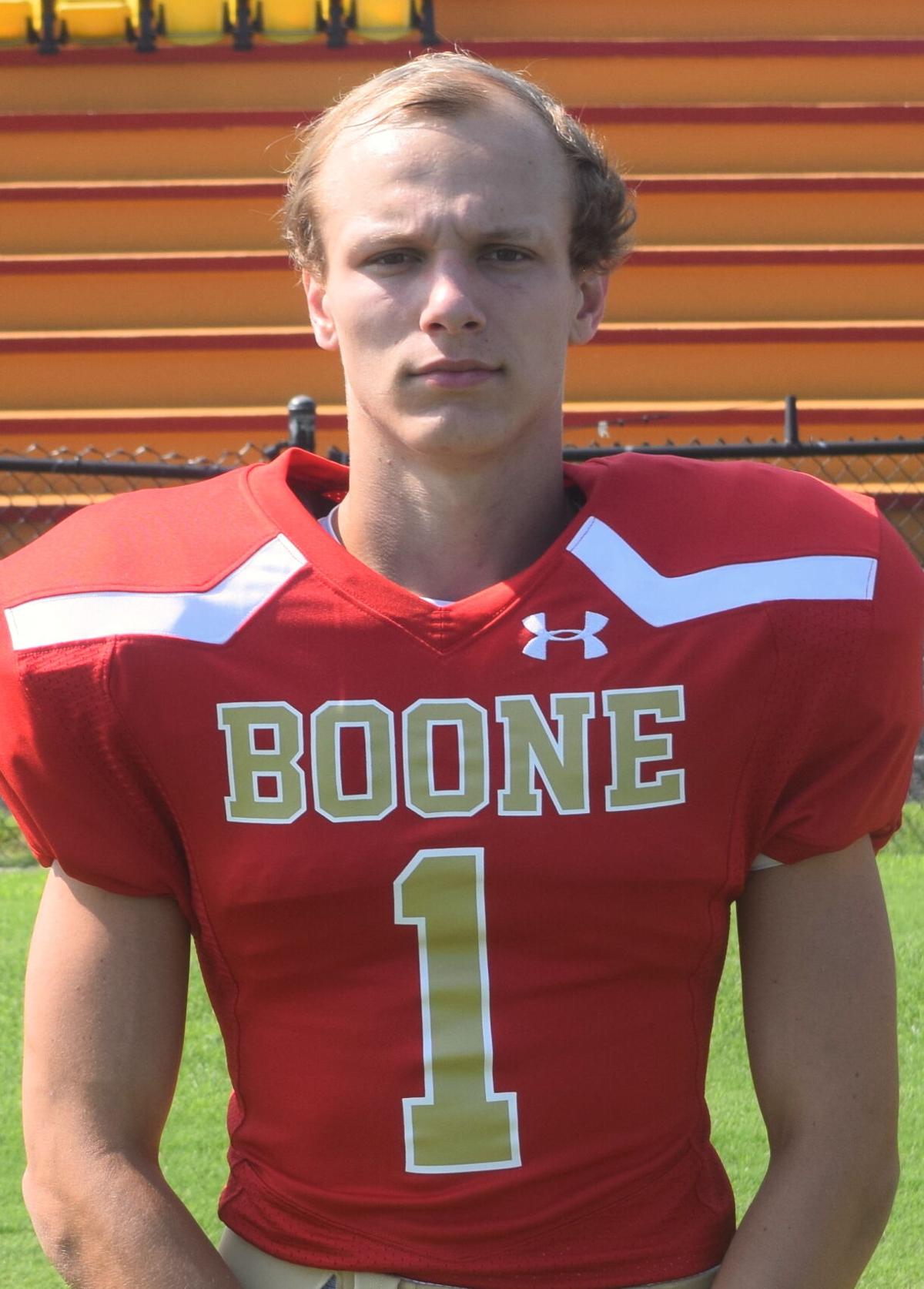 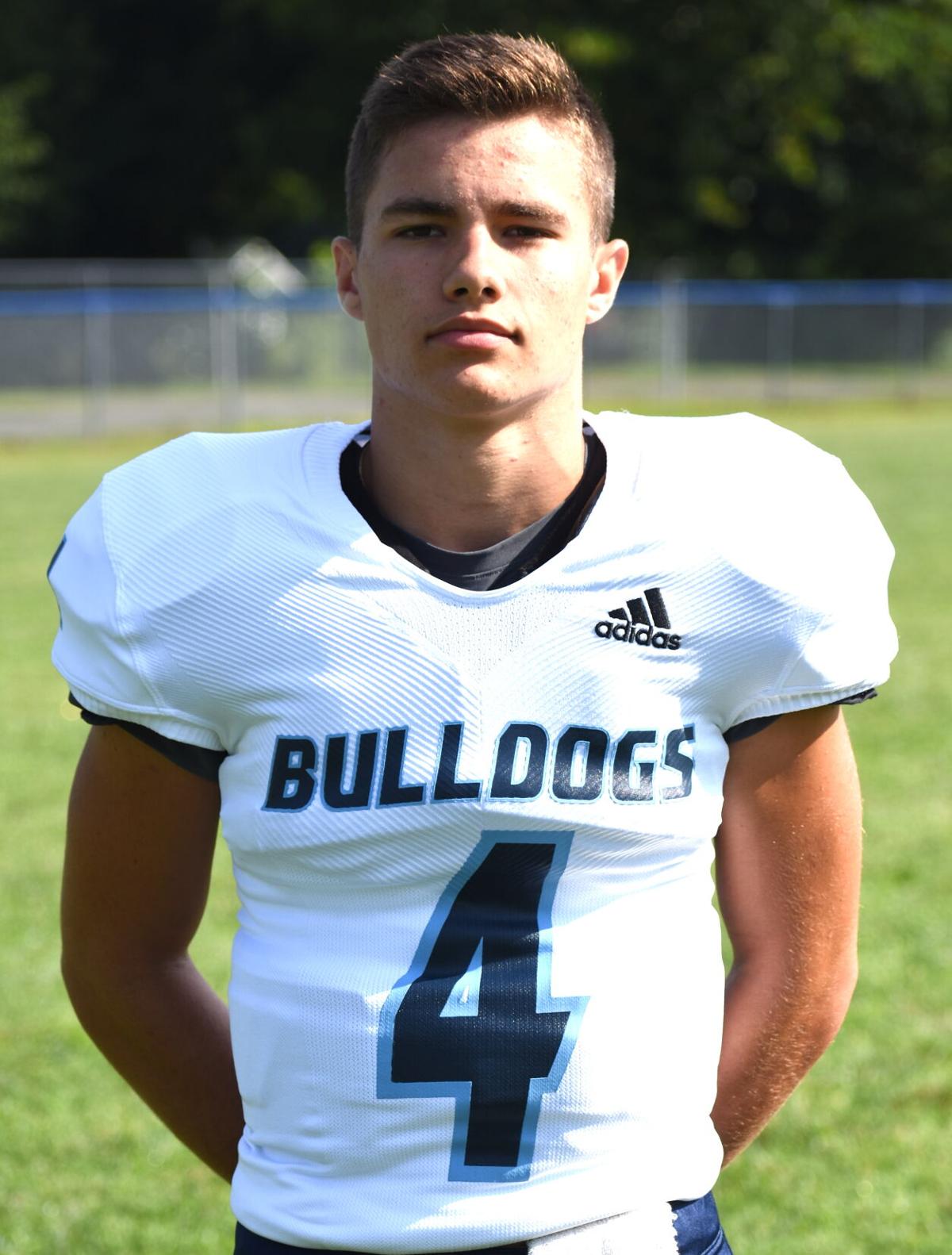 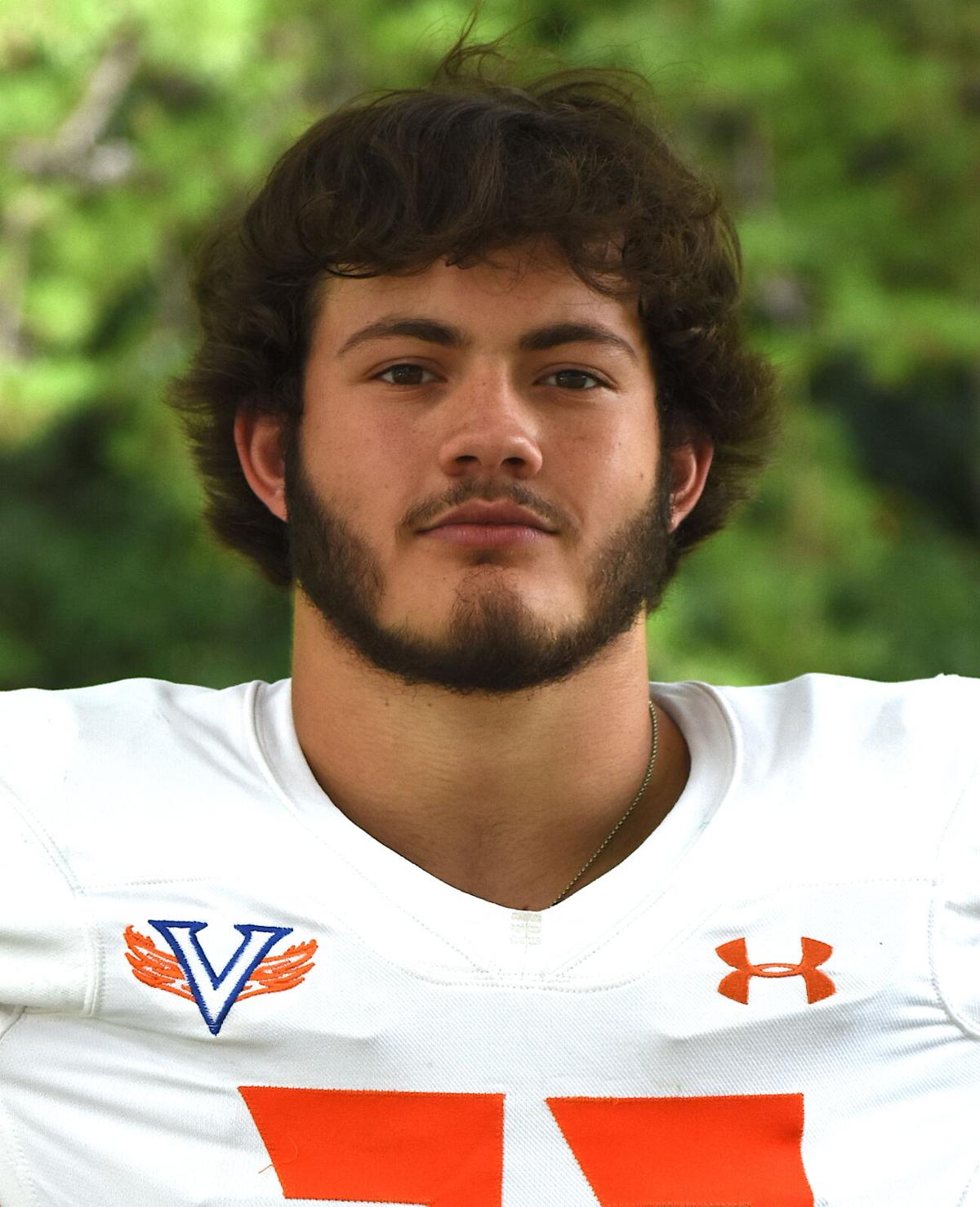 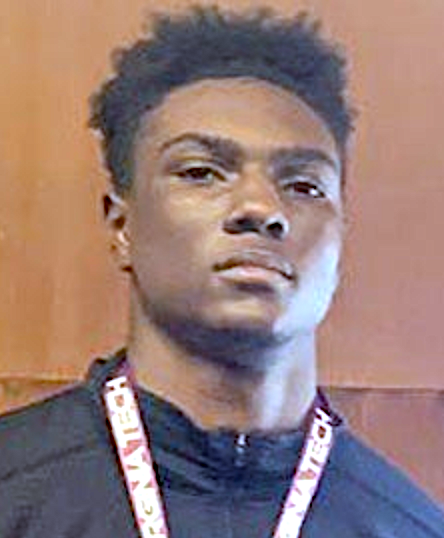 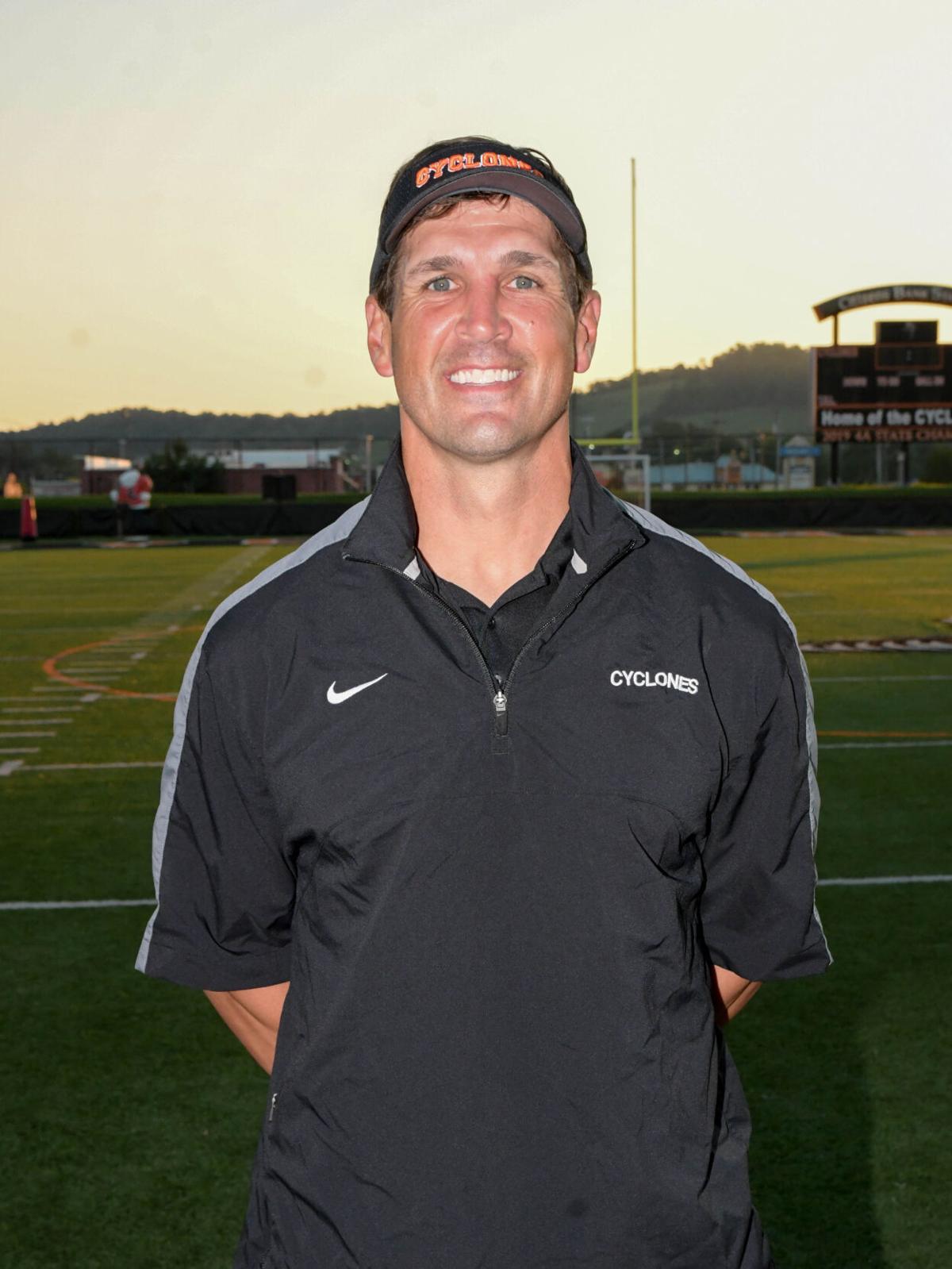 Some people may not have noticed how good Prince Kollie was in 2019 as a receiver for Cade Larkins, arguably the best quarterback in Northeast Tennessee history.

But Kollie opened everybody’s eyes in 2020.

And he elevated into the conversation of former area greats like Jason Witten, Vince Redd and others who have gone on to play in the National Football League.

Kollie was chosen Wednesday as the Johnson City Press/Kingsport Times News Elite 11 player of the year.

Joining him at the top of the honor roll was Elizabethton linebacker Deuce Morton, who was the pick as the defensive player of the year. Also for the Cyclones, Shawn Witten earned his second straight coach of the year honor.

After a 1,000-yard receiving season last year, the Notre Dame commitment moved to running back and didn’t miss a beat.

A finalist for the Class 5A Mr. Football award, the senior led the Pioneers to a 9-3 finish. They won the Region 1-5A championship and advanced to the second round of the playoffs.

Kollie rushed for 1,562 yards and scored 26 touchdowns with multiple rushing scores in each of his last 10 games. He also caught 13 passes for 290 yards.

As a linebacker — the position he will likely play at Notre Dame — he was a beast with 109 total tackles. Eleven of those were for loss.

The senior was a picture of consistency, playing a key role on a Cyclones’ defense that stresses sound fundamental play.

He leads the team with 105 tackles and seven of those have been for loss.

For the best snapshot of what Morton brings to the field, his standout performances have come in the Cyclones’ most competitive games: 17 tackles against Daniel Boone, nine in the first game against Greeneville, and 11 in the quarterfinal victory over the Greene Devils.

It has been a dominant campaign for the junior quarterback, who has helped his team to a record of 13-0 as it heads into Friday’s state semifinal contest against Nolensville.

Rollins is closing in on 2,000 yards passing (1,973) and has 27 touchdown tosses with four interceptions.

The senior has developed into one of the state’s best receiving threats.

He is third in Tennessee with 1,222 yards and leads with 18 touchdown receptions. Hughes, a Class 4A Mr. Football finalist, has at least one touchdown catch all but two games this year.

In the playoffs Hughes has become a threat out of the backfield, rushing for 242 yards and three touchdowns on just 23 carries.

As a safety, he leads the Cyclones with five interceptions.

Limited to nine games because of the pandemic, the junior quarterback averaged over 200 yards passing per contest.

He finished with 1,870 yards through the air with 22 touchdowns and six interceptions.

Diamond helped the Hilltoppers to a record of 7-3, a win over Dobyns-Bennett, and a Class 6A playoff berth.

When the Indians leaned on their ground game, Tesnear was the go-to guy.

The senior running back finished the season with 1,518 yards rushing and scored 16 touchdowns. Included in the mix was an impressive 141 yards and two scores in the Class 6A state quarterfinal loss to Maryville.

With Whitson at the controls, the Indians’ offense was tough to contain.

The senior quarterback passed for 1,796 yards on the season with 16 touchdown tosses and only two interceptions. He also rushed for 305 yards and scored four touchdowns.

In the tough 35-28 loss to Maryville, Whitson totaled 290 yards of offense.

A beast out of the backfield, the senior running back helped Boone make another late-season charge.

In just nine games, Blair rushed for over 1,342 yards as Boone reached the Class 5A playoffs before getting bumped off by South-Doyle. He also racked up 17 touchdowns.

Hampton dialed up another standout season, and Jones was a key part of the 9-2 finish.

The junior quarterback totaled 944 yards passing with 12 scores. On the ground, he had 1,041 yards and scored 19 touchdowns.

It was a tough season for the Falcons in terms of victories, but they were competitive in many games mainly because of Johnson.

The senior not only rushed for 1,065 yards and scored 12 touchdowns, he was also a kick-return weapon (totaling 313 yards) and a major factor on defense. Johnson totaled 71 tackles on the season.

It was a bumpy ride for the Vikings because of the pandemic, but Keller provided a threat every time they got on the field.

The senior, who has committed to Virginia Tech, was one of the area’s best linebackers this season and also a big threat at both receiver and running back.

The Cyclones have been consistent throughout the season, not only winning 13 straight games but taking 11 of those by at least three touchdowns.

And in the close games, against Daniel Boone and Greeneville, Witten’s well-coached team has come up with the plays needed to win.