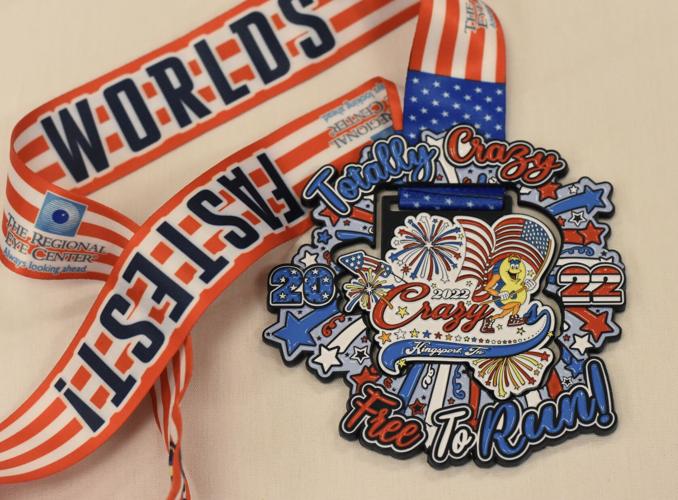 The 'Totally Crazy' finishers medal was unveiled at Monday’s press conference. The medal is given to those runners that finish both the Almost Crazy 3K and Crazy 8s 8K on July 16. 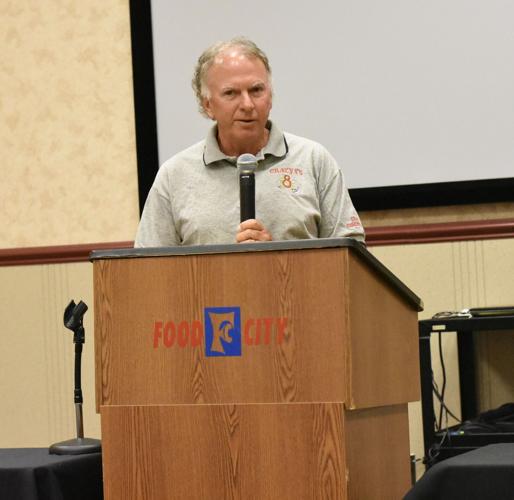 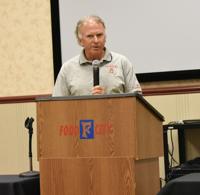 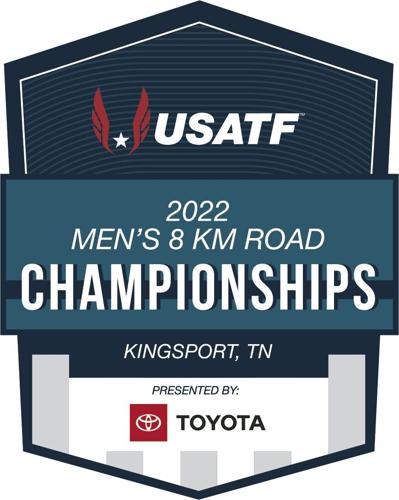 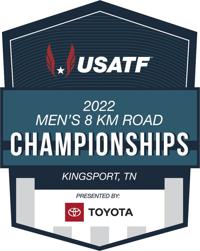 The 'Totally Crazy' finishers medal was unveiled at Monday’s press conference. The medal is given to those runners that finish both the Almost Crazy 3K and Crazy 8s 8K on July 16.

KINGSPORT — In less than a month, droves of folks will be both lining and running the streets of the Model City for the 32nd edition of the Ballad Health Crazy 8s 8-kilometer road race.

On Monday, race organizers announced this year’s torchbearers, awarded the first medals and unveiled some of the featured participants in the USA Track and Field national championship race presented by Toyota.

The race helps kick off the 41st Fun Fest, which lasts nine days. The Crazy 8s 8K will begin at 8:58 p.m. on Saturday, July 16 in front of Dobyns-Bennett  on Fort Henry Drive.

“We can’t wait for the race to happen this year,” said event co-director Hank Brown. “I’m like a kid at Christmas right now. We are receiving an excellent response from runners and agents from around the country and fully expect to host a very competitive national championship. The people in Kingsport are in for a real treat.”

AN EVENT UNLIKE ANY OTHER

This is not the first time Kingsport has hosted a USATF event.

In 1993 and 1994, the now-defunct Eastman 10K hosted the championship races that featured the likes of then-world record holder Arturo Barrios, BYU great Ed Eyestone and the late Pat Porter.

This year, the national championship race is only for the men, but it will not be separate from the race everybody else participates in.

“I can’t think of any other sport where you can line up with the professionals. It will truly be an unforgettable experience for some.”

The winner will be crowned a national champion and receive a prize of $5,000, sponsored by Associated Orthopaedics of Kingsport.

The Regional Eye Center is also offering an American record bonus of $10,008. The current record of 22:04, held by Alberto Salazar, has stood since 1981. The oldest American road racing record, it eclipsed the mark Peter Githuka of Kenya set at the 1996 Crazy 8s.

“It sure would be interesting to break Salazar’s record a second time,” Brown said.

The top 10 men will receive prize money in addition to a prize purse for the women plus the top local finishers for men and women.

This year's event promises to be one of the deepest races in the last decade.

Kenya-born Leonard Korir has been on a tear lately, winning the prestigious Bolder Boulder 10K in Colorado on Memorial Day weekend and recently capturing both national championships at 25K and the half-marathon.

Recent BYU graduate Conner Mantz will be taking on the same streets Eyestone, his college coach, dominated in the 1993 Eastman 10K. Eyestone recorded the fastest road 10K ever run in the Tri-Cities (28:38.0).

Mantz, a two-time NCAA cross country individual champion, won the USATF half-marathon title in 2021 a mere two weeks after his second cross country title in his professional debut, beating out Sam Chelanga in 1:00:55.

John Dressel also is among the favorites. Coming off a big victory at the Bank of America Chicago half-marathon, winning in 1:02:17, Dressel has a notable personal best of 13:26 on the track for 5,000.

The state champion Dobyns-Bennett boys basketball team will serve as Crazy 8s torchbearers. The Indians won the TSSAA Class 4A title earlier this year, the program's first since 1945.

“I’d like to thank Hank and the race organizers for letting us be the torchbearers this year,” Tribe coach Chris Poore said. “It means a lot to our guys. I know this race means a lot to the city and I’ve come to Fun Fest the last five years and partaken in a lot of events. This is one I haven’t been to, though.

“I’m very excited and when I was asking around with our players and coaches, this was the one that everyone talked about.”

Brown’s wife and event co-director Natalie Whitlock presented the year's first Crazy 8s medals to the families of two We Run Events crew members who passed away in the past year.

Longtime crew member Ian Wilson was an Eagle Scout and had helped out with countless races.

“I knew Ian before he was born and remember getting the call that he was born,” Whitlock said. “I got to see him grow into a fine young man because I work closely with Ian’s mom.

“The first race he worked was actually Crazy 8s. I can’t begin to describe all of Ian’s fine qualities. Even as a teenager, he was always looking out for others.”

Shannon Kirk — one of Whitlock’s childhood friends — had recently joined the We Run Events crew. One of the first races Kirk worked was the Crazy 8s, serving as a road guard.

“Shannon was my best friend in high school,” Whitlock said. “I was lucky that We Run Events brought Shannon back into my life a few years ago. It was a blessing to reconnect with her, even though we had stayed in touch through Facebook.

“She was like a mom or a sister to everyone not to overdo it or step in anytime someone needed help.”

** — en route to half marathon

Local Records (all courses since 1990)