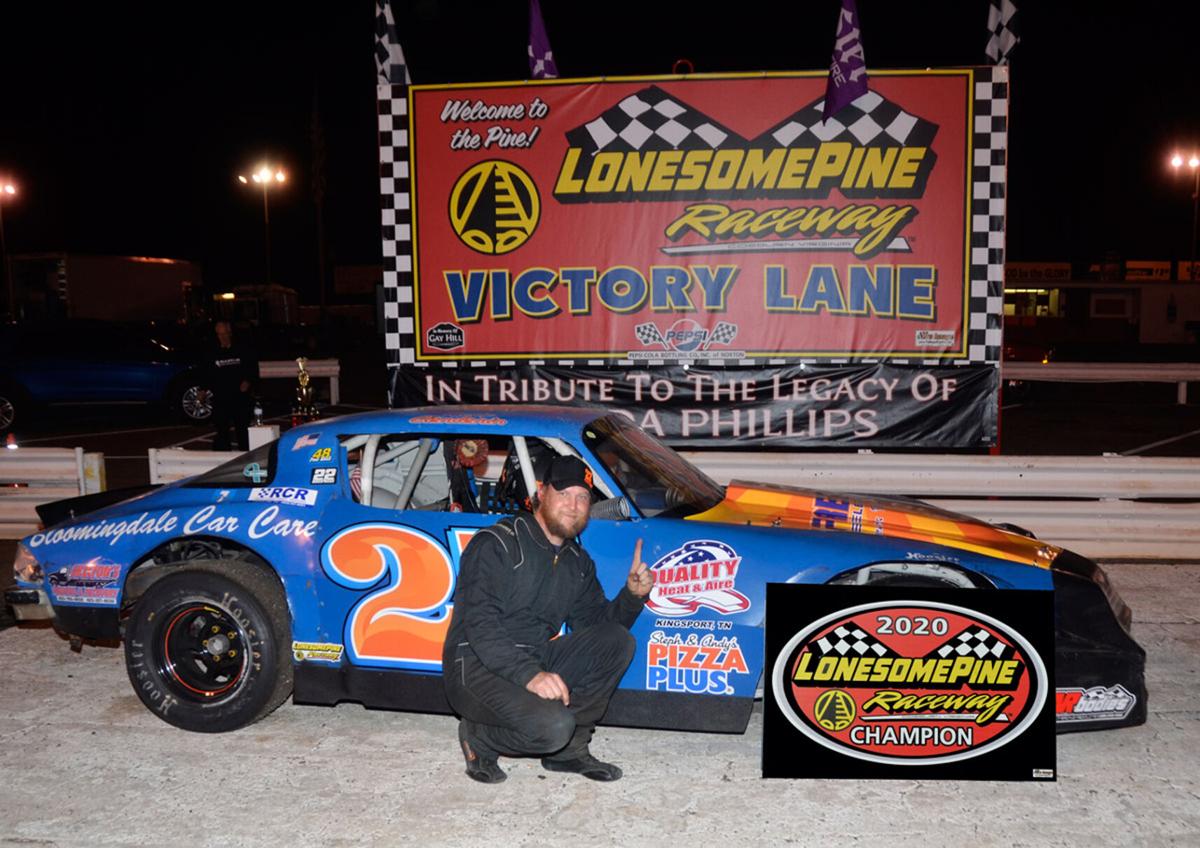 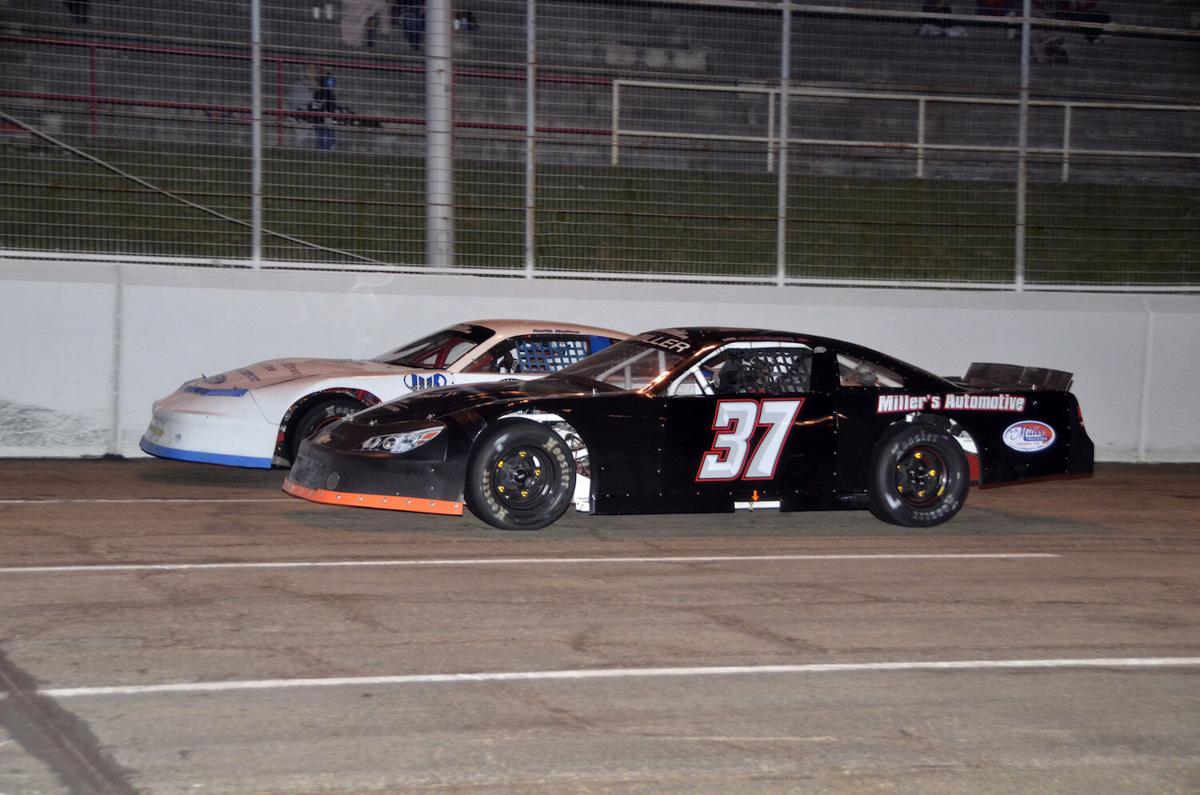 Kirby Gobble (37) goes to the inside of Keith Helton in a battle for the lead Saturday night at Lonesome Pine Raceway. 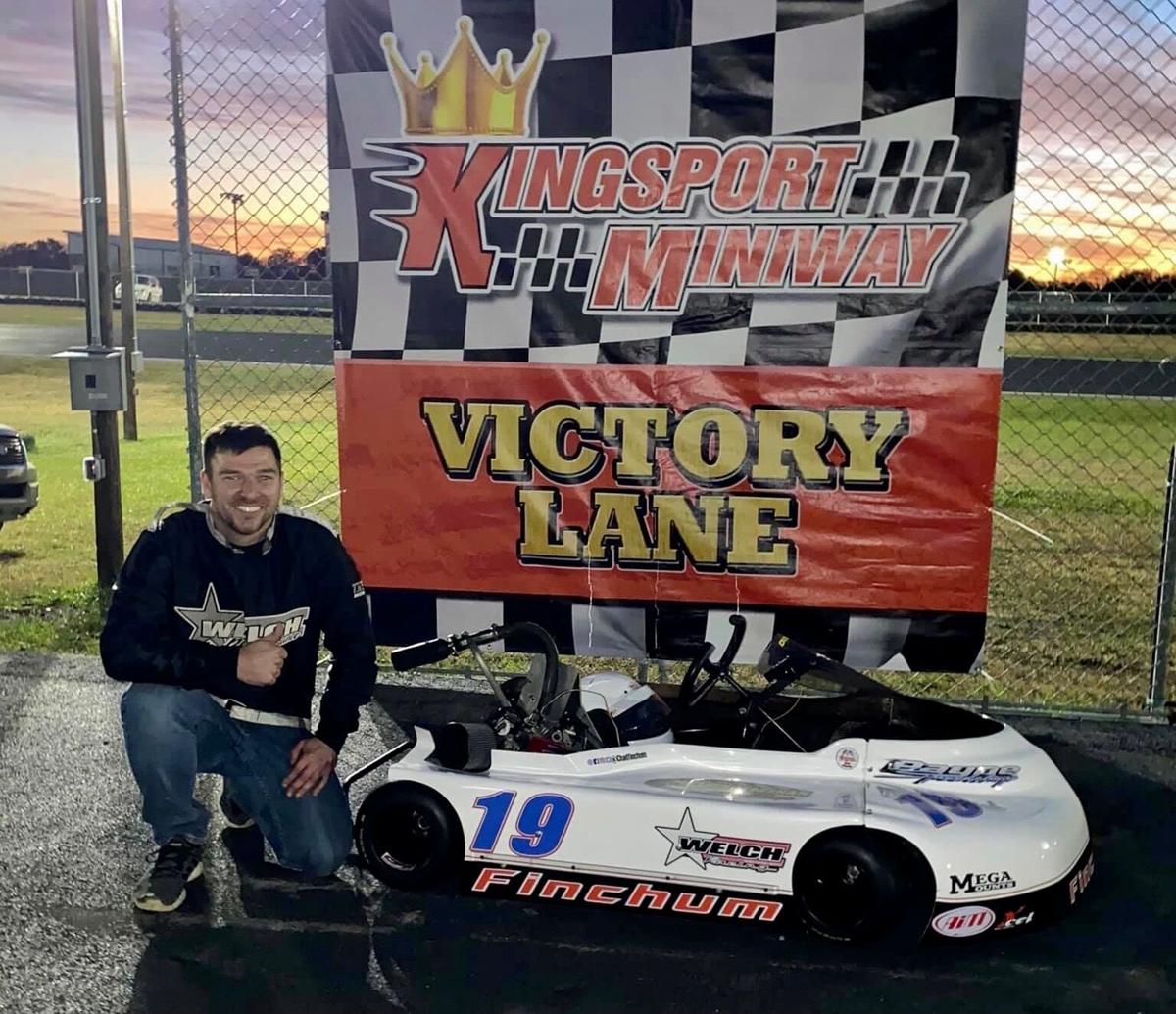 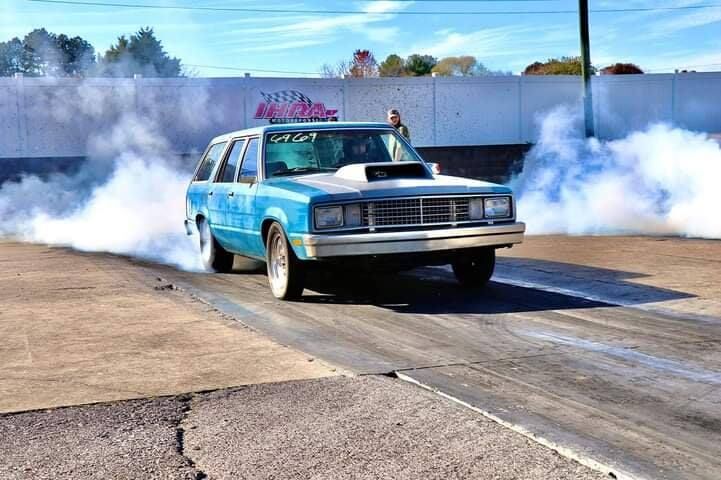 Virgil Clontz does a burnout in his Ford station wagon at Cherokee Drag Park.

Kirby Gobble (37) goes to the inside of Keith Helton in a battle for the lead Saturday night at Lonesome Pine Raceway.

Virgil Clontz does a burnout in his Ford station wagon at Cherokee Drag Park.

Rusty Clendenin capped off a memorable 2020 season by being crowned Modified Street champion at Lonesome Pine Raceway on Saturday night.

The Church Hill racer drove his blue No. 27 Camaro to a win in the first race of the season. He finished behind Elby Harrison in Saturday’s season-finale on the 3/8-mile asphalt track in Coeburn, Virginia.

“It was neat to win the opening race right after they had swapped back from dirt to asphalt,” Clendenin said. “It’s even a greater feeling to say we’re the first to win a track championship since they’ve gone back to asphalt.”

In addition to his championship effort at the Pine, Clendenin drove a white No. 27 Camaro to third in the Sportsman standings at Kingsport Speedway. Incredibly consistent, he earned top-five finishes in all 13 points races.

“The first couple of races we finished fourth and fifth. Then, we kind of hit our stride,” Clendenin said. “We were pretty much top-three after that.”

Clendenin explained the race car he races at Kingsport is quite different from the one at Lonesome Pine.

“It’s night and day different. The white car at Kingsport is a full-tube chassis car and you have all kinds of adjustments on it,” he said. “The blue car at Lonesome Pine is a stock-frame Camaro with leaf springs and a traditional-type Street Stock.”

Kirby Gobble of Abingdon, Virginia, won two features to cap off the season. Driving the No. 37 Chevrolet for Erwin car owner Alan Miller, he edged Kingsport driver Keith Helton for the Limited Late Model victory. Gobble also drove the No. 08 Chevy to the Mod 4 victory.

Kingsport driver John Ketron was the winner in Pure 4, while Austin finished off his year with the Pure Street win. Elby Harrison didn’t ask for a recount, driving a Trump 2020 car to the win in the Mod Street class.

New COVID-19 restrictions in Virginia have forced the cancellation of the Turkey Trot race originally scheduled for Saturday.

Finchum, a former track champion at the adjacent Kingsport Speedway, won races for the 375 Clone Trophy and Money classes. He was driving a white No. 19 kart with the paint scheme similar to what he raced with his Late Model Stock car.

Derek Lane, who finished second in the 2020 Sportsman point standings at the speedway, won the Sr. Champ Clone Trophy race, with Tyler Prosperi second and Austin Brooks, who ran as a teammate to Lane at the speedway, in third.

Chris Lumpkins won in the final round in the Open Comp class at the Cherokee No Prep race last Saturday at the 1/8-mile drag strip.

It was a partnership with the Nightmare on Your Street program, something similar to the popular Street Outlaws, with plans for the Rogersville track to host more of these events in 2021.

Michael McCoy, from Grundy, Virginia, won races in the Small Tire and Street classes, while Peter Rozinski won in both Hard Tire and Stick. Chris Candi captured the other victory.

Cherokee Race Park has a test-and-tune scheduled Friday with a bracket race Saturday. It features a $1,200-to-win Pro race and a $1,000-to-win No Box race with a 30-car guarantee. There are also races for Motorcycles and Junior Dragsters.

Gates open at 10 a.m. with time trials to start at noon.