You are the owner of this article.
Edit Article Add New Article
You have permission to edit this article.
Edit
Home
News
Sports
Obituaries
Living
Photo & Video
Opinion
Classifieds
Send Us Your News
About & Policy
Contact Us
Special Sections
1 of 10 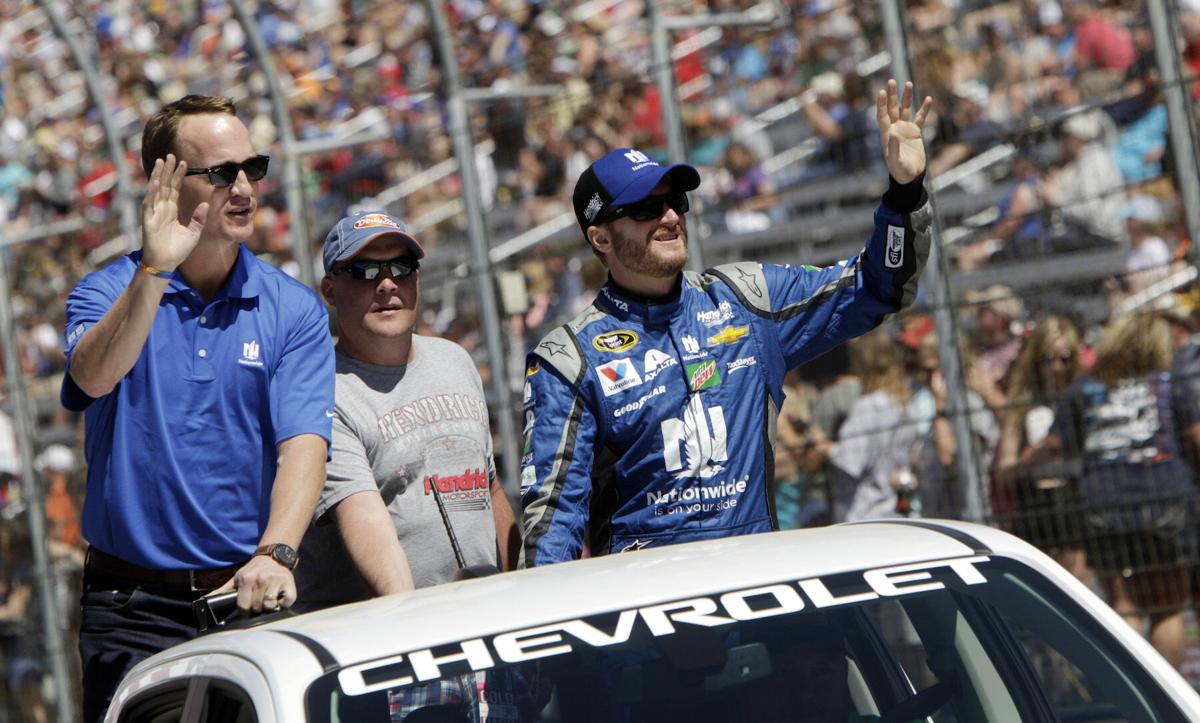 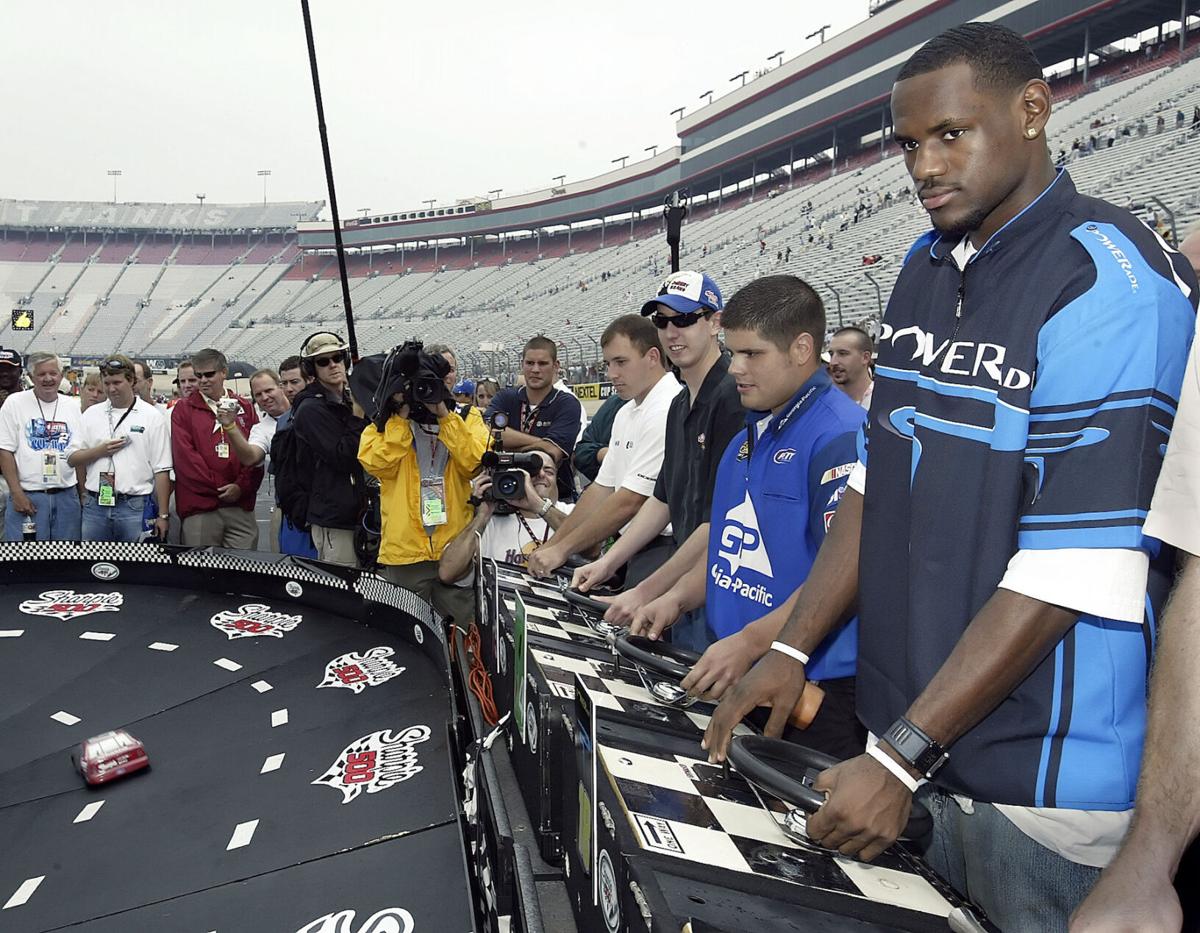 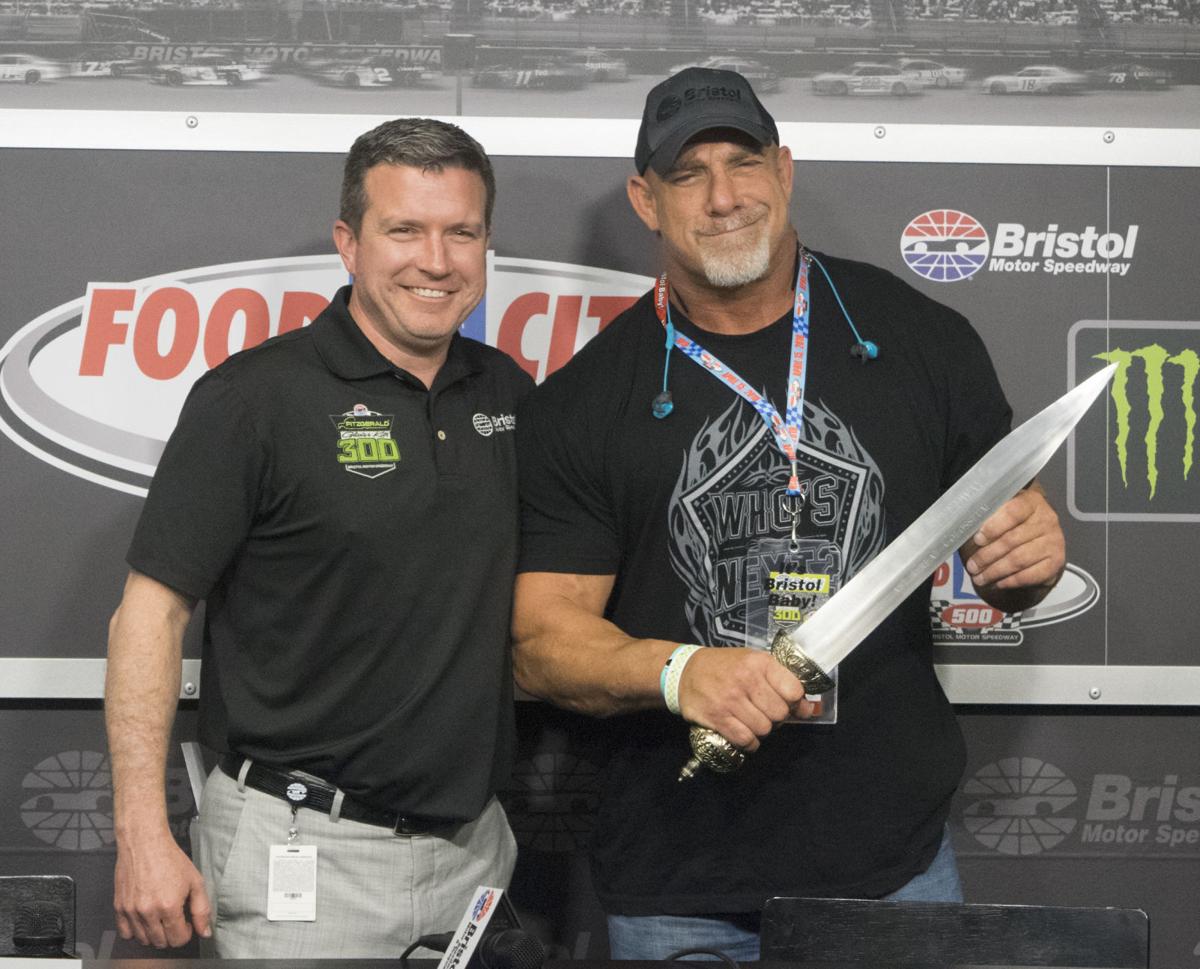 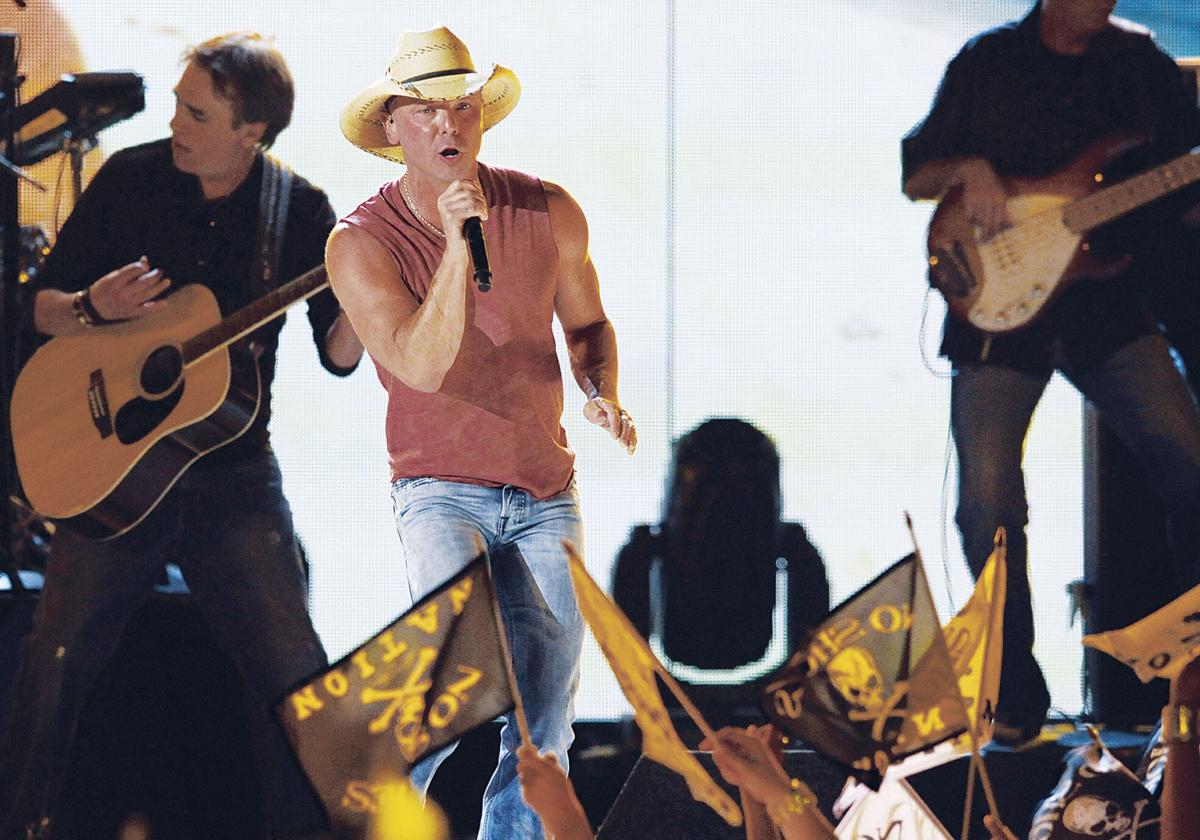 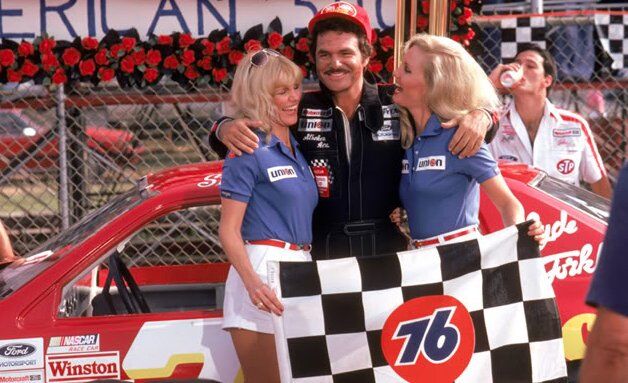 Burt Reynolds starred in the movie Stroker Ace about a stock car racer. He was a co-owner with Hal Needham on the No. 33 Skoal Bandit which Harry Gant drove at Bristol Motor Speedway in the 1980s. 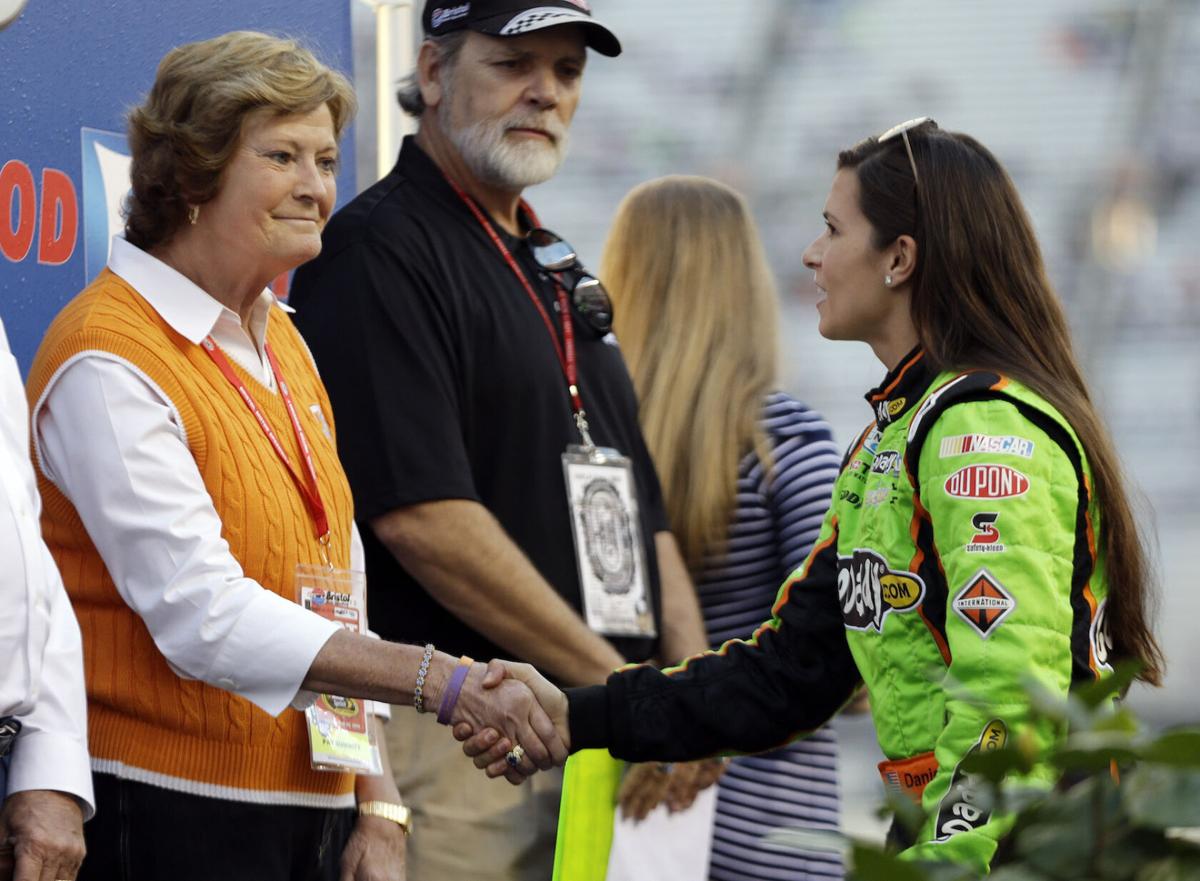 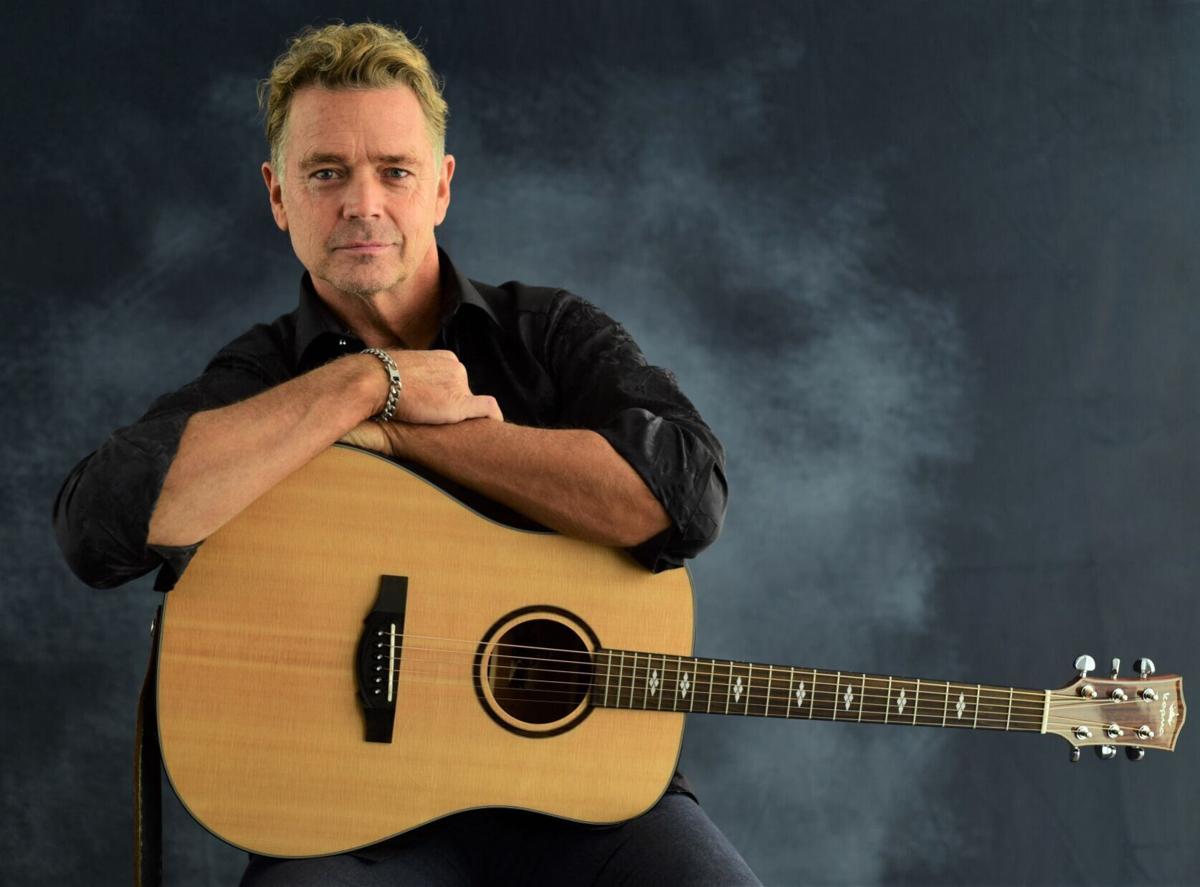 John Schneider, who portrayed Bo Duke on the Dukes of Hazzard television show, made a special appearance at BMS for sponsor Autotrader in 2018. He recently raced an Open Wheel Modified car at Volunteer Speedway. 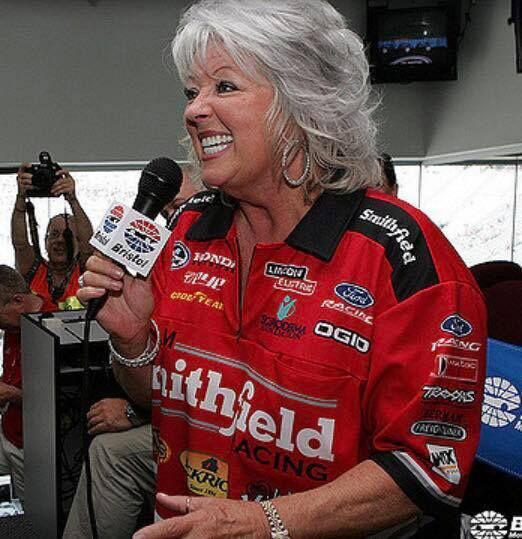 Celebrity cook Paula Deen made an appearance at BMS on behalf of Smithfield Foods. 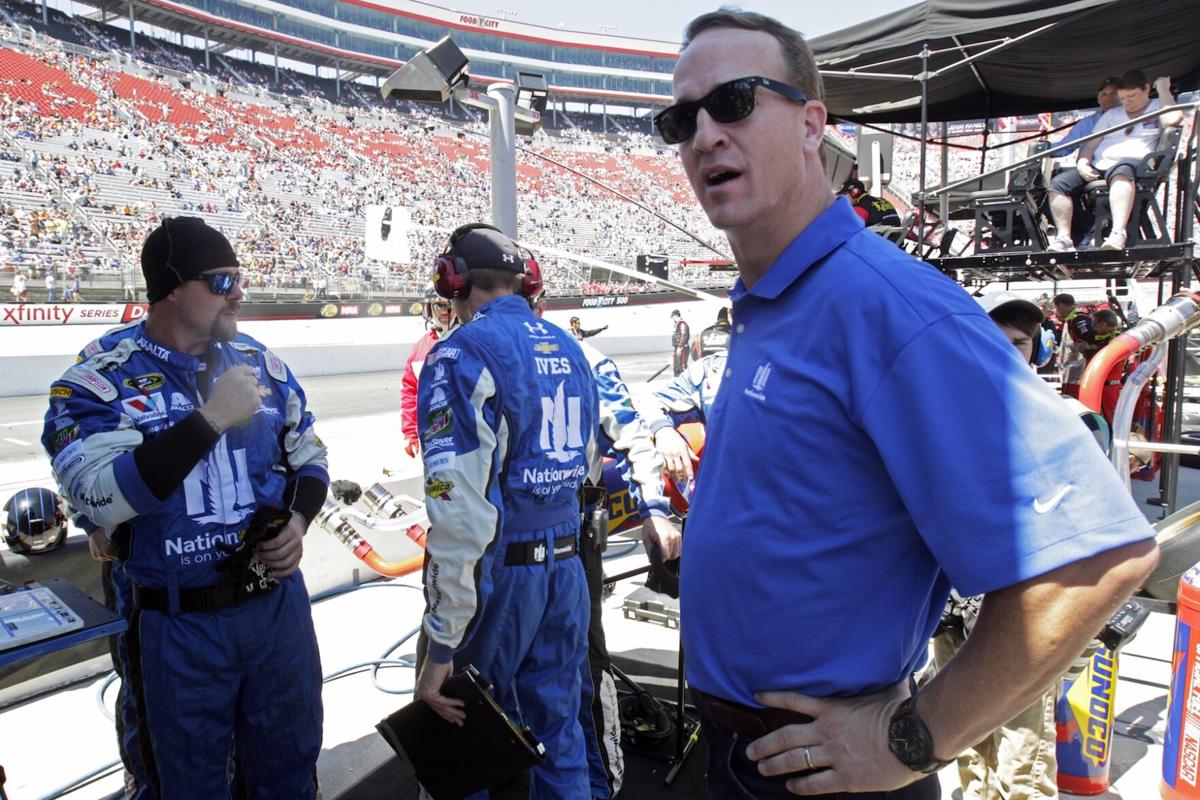 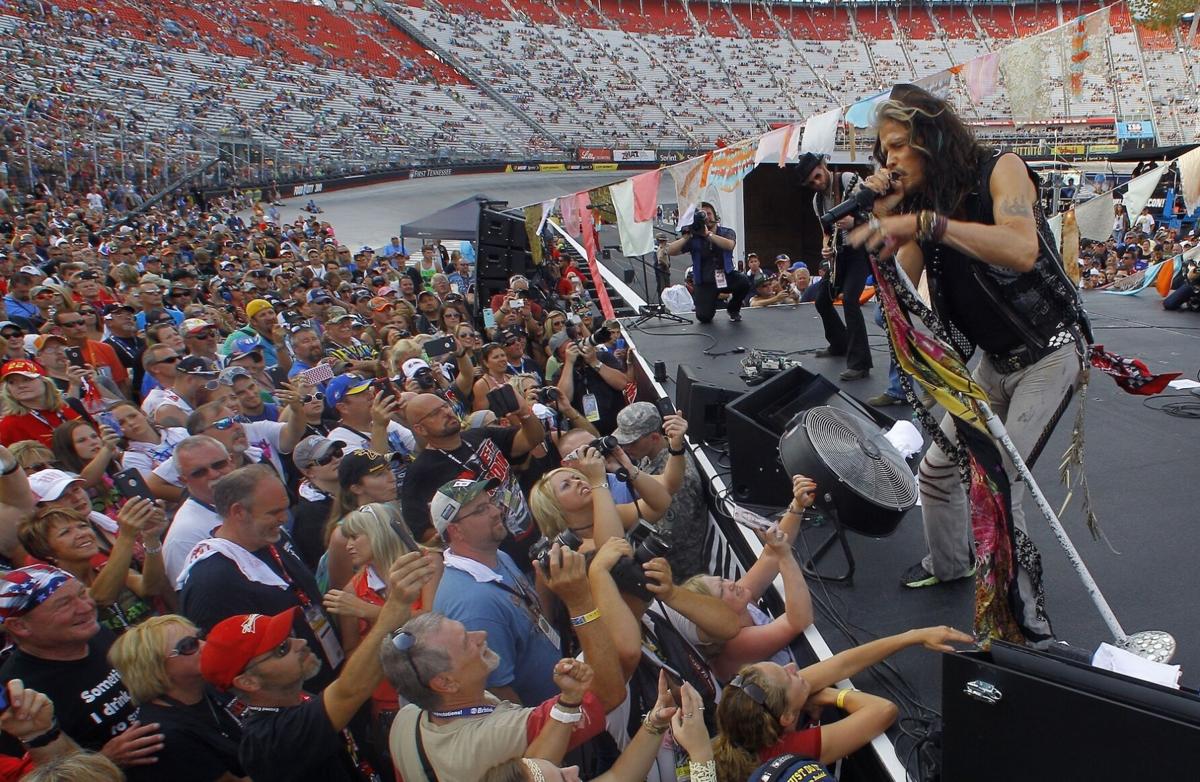 Burt Reynolds starred in the movie Stroker Ace about a stock car racer. He was a co-owner with Hal Needham on the No. 33 Skoal Bandit which Harry Gant drove at Bristol Motor Speedway in the 1980s.

John Schneider, who portrayed Bo Duke on the Dukes of Hazzard television show, made a special appearance at BMS for sponsor Autotrader in 2018. He recently raced an Open Wheel Modified car at Volunteer Speedway.

Celebrity cook Paula Deen made an appearance at BMS on behalf of Smithfield Foods.

Want to spot a celebrity in the Tri-Cities? Then Bristol Motor Speedway is your place to be.

From sports legends to the top-selling musicians and popular actors, some of the biggest names in the sports and entertainment industries have come to the “Last Great Colosseum.”

Besides being home to the “World’s Fastest Half-Mile,” Bristol is also “The Birthplace of Country Music.” Several of the top stars like Charlie Daniels, Hank Williams Jr. and Old Crow Medicine Show have been part of the pre-race entertainment at the speedway.

Kenny Chesney, The Band Perry and Old Dominion performed in the largest concert in Tri-Cities history before the “Battle at Bristol” football game in 2016.

It’s not limited to country music as the fast cars, loud engines and high energy also appeal to rock stars.

Aerosmith frontman Steven Tyler was another musician to play in the pre-race concert. Pitbull, nicknamed “Mr. Worldwide,” is part owner of the No. 99 Trackhouse Racing Chevrolet driven by Daniel Suarez. Others have simply shown up as fans.

There was quite the buzz when legendary guitarist Eric Clapton was in Todd Bodine’s pit for a NASCAR Truck Series race, while Kid Rock and his then-girlfriend, actress Pamela Anderson, spent an entire weekend attending both the Xfinity and Cup Series races at Bristol.

Burt Reynolds, arguably the biggest movie star of the 1970s, was co-owner of the Skoal Bandit Race Team with stuntman Hal Needham. The familiar green and white No. 33 was driven by the NASCAR veteran Harry Gant. Another stuntman, Stuntman Stanton Barrett, known for his work on movies like the Spiderman and the Jurassic Park series, competed in three Cup Series at BMS.

John Schneider, star of the television show the “Dukes of Hazzard,” made an appearance at BMS on behalf of Team Penske sponsor Autotrader. Not leaving all the fun to the NASCAR drivers, Schneider now races an orange No. 01 Open Wheel Modified car painted like the TV show’s “General Lee.” He recently raced at nearby Volunteer Speedway.

Michael Jordan, considered by many as the game’s greatest player, is more involved as the co-owner of 23XI Racing with Denny Hamlin. Besides the No. 23 car driven by Bubba Wallace, plans are to add the No. 45 with former NASCAR champion Kurt Busch in 2022.

Former NBA all-star Brad Daugherty, a former teammate to Jordan at the University of North Carolina, has been a long-time car owner, now with drivers Ryan Preece and Ricky Stenhouse Jr. He’s also a television analyst and even competed in a celebrity race at the speedway.

Will Perdue, an NBA champion with Jordan on the Chicago Bulls, was a guest of seven-time champion Jimmie Johnson.

The most popular celebrity spokesperson in these parts is Peyton Manning, former University of Tennessee quarterback and a two-time Super Bowl champion. Manning was a special guest of fellow Nationwide Insurance spokesperson Dale Earnhardt Jr. at the 2016 Food City 500, a race in which Earnhardt finished second.

Legendary University of Tennessee women’s basketball coach Pat Summitt was honored at BMS with Knoxville driver Trevor Bayne piloting the “We Back Pat” No. 60 Ford in the Food City 250 in 2012 — when the coach was in the early stages of dementia.

Plenty of NFL players have been involved in NASCAR ownership, including quarterbacks Terry Bradshaw, Brett Favre, Roger Staubach, Troy Aikman and Dan Marino. Reggie White, the greatest defensive player in University of Tennessee football history, was key in the development of NASCAR’s “Drive for Diversity” program.

Jason Witten, a future NFL Hall of Famer from nearby Elizabethton, served as honorary starter for the 2010 Food City 500. Kingsport native Daniel Kilgore, who played in two Super Bowls, has done the whole Bristol experience, camping out with friends.

Of all the sports connections, Joe Gibbs is a NFL Hall of Fame coach with three Super Bowl wins and a NASCAR Hall of Fame owner with four Daytona 500 wins.

Bristol Motor Speedway is known for its beating, banging and torn-up sheet metal. It’s a place where heavyweight boxing champions Rocky Marciano and Evander “The Real Deal” Holyfield have attended races. Ditto for pro wrestling superstars like “Stone Cold” Steve Austin and Ricky Morton, one half of the legendary Rock and Roll Express.

Wrestling icon Bill Goldberg is arguably the speedway’s biggest celebrity fan, attending multiple races. If you want to see a famous face in the Tri-Cities area, Bristol Motor Speedway is the best place to do so.