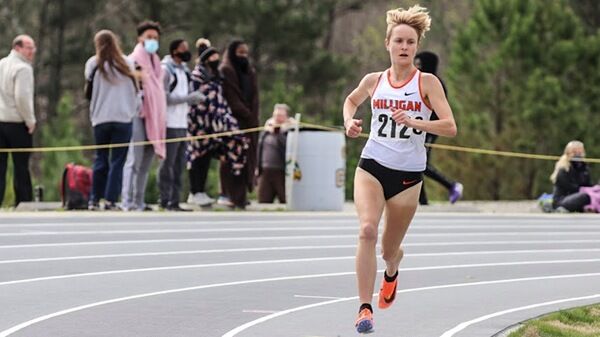 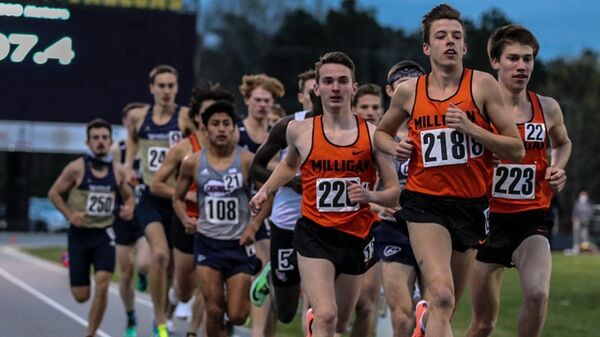 The outdoor track season is young, but the Milligan distance crew is already making headlines.

To cap off the indoor season, the Buffs had two individual NAIA national champions on the men’s side and three runner-up finishes for the women.

Tim Thacker won the mile in 4:12.25, which was more than three seconds ahead of second place. Nathan Baker reclaimed the 3,000 meter title with a winning time of 8:35.74, recreating the 2018 race in which he out-kicked the field over the final 100 meters.

“The only thing we can really take credit for is recruiting the right kids to Milligan,” Layne said. “In Nathan’s race in particular, I think experience played a lot into him winning again. He had COVID-19 over the Christmas break and he got behind, but that just speaks to his persistence.”

Jake Crow also earned All American in the 3k at eighth, the Milligan University men’s distance medley relay team took an all-American spot at fourth, and the Buffaloes ran to an eighth-place team finish.

In the DMR, Baker ran the opening 1200 meters and Thacker ran the final mile leg. Ethan Pfister and Sam Wehner ran the two middle legs, all in helping the Buffs earn an all-American spot at fourth. Their time of 10:11.62 missed third by 0.6 seconds and the runner-up spot by less than two seconds.

“We take a tremendous amount of pride in our local kids doing well and they also are incredibly successful in the classroom,” Layne said. “I think our local high schools do a really good job of leaving room for kids to develop and succeed at the next level.”

Back in mid-March, the Buffs made big headlines at the CIU Rams Invitational in South Carolina as five men broke the 15-minute barrier in the 5,000, which is quite an accomplishment at any level.

“Personally, I think that track at CIU is one of the fastest in the Southeast and they actually moved it back to the evening,” Layne said. “It ended up being the perfect storm. The men’s team just has a bunch of momentum coming off of indoor nationals.”

For a little bit more icing on the cake, grad transfer standout Emily Kearney had a superb day, winning her 5K in a personal best time of 15:39.65. Her mark leads all divisions whether it be NCAA, Junior College or NAIA.

“Before the race, you could sense how important it was to her to get on the track and race,” he said. “You could see it in the picture of her crossing the finish line being super rewarding and knowing that we’re doing right by her.”

“All of the success that she’s seeing right now is her taking advantage of the great opportunities she’s had so far,” Layne said.

For Layne, he blinks and the cross country national meet is just around the corner.

Both Buffs squads will suit up for the big dance on April 9 in Cedar Rapids, Iowa to go after even more honors.

“We’re sending our best kids,” Layne said. “We’re trying not to do anything fancy with training because our women are running 5K and the men are doing 8K. We’re not trying to reinvent the wheel.

“I feel pretty good about our kids going in. The men are ranked ninth and the women are fourth. If we come back with two top five finishes, I’ll be celebrating on the inside.”

On Wednesday, the first national rankings for outdoor track came out and the men are ranked second while the women are sixth.

The Buffs have 14 different athletes ranked in the top 20 in 29 different events along with one relay. Thirteen of those marks are top five.