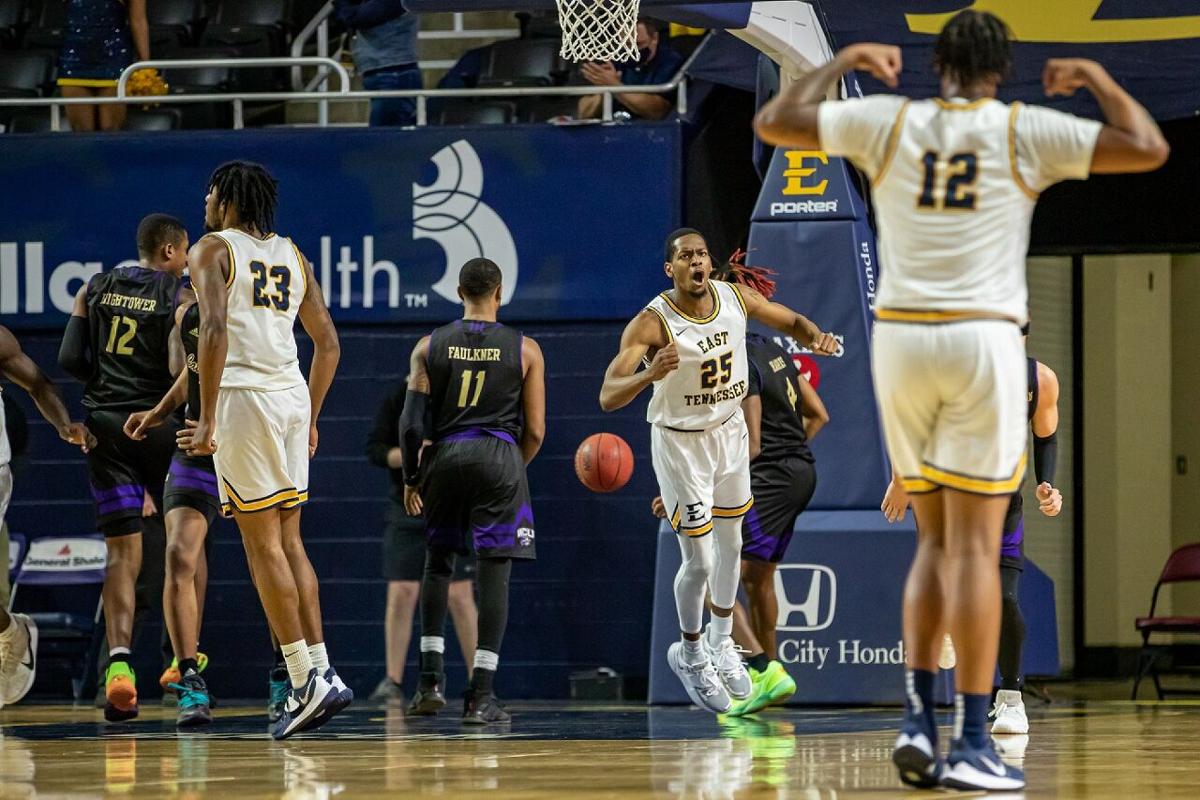 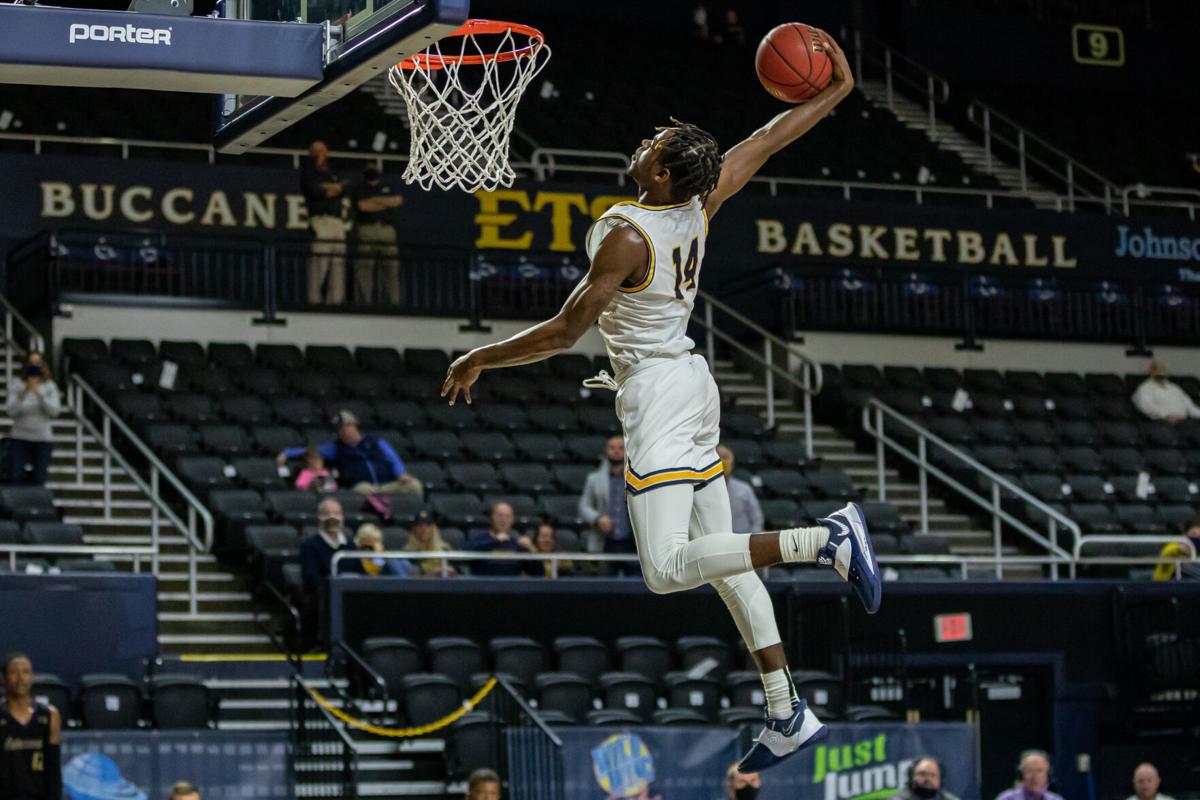 Ty Brewer soars for a dunk against Western Carolina as part of his 24-point effort in the Bucs’ win. 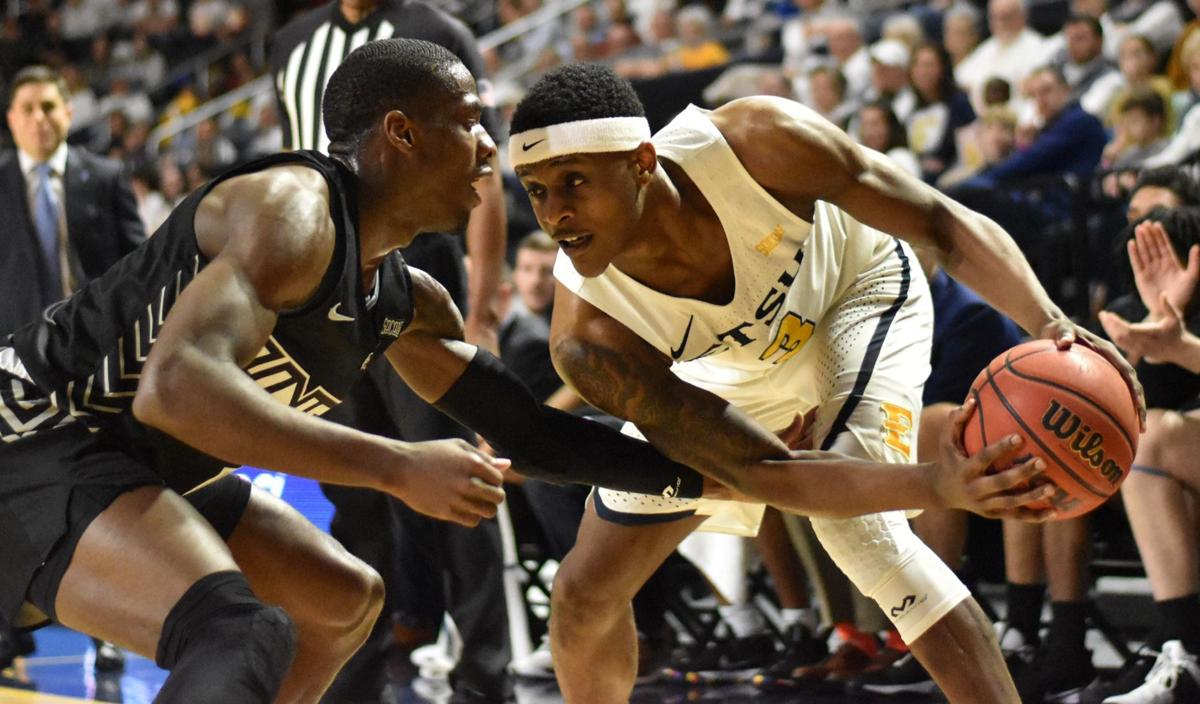 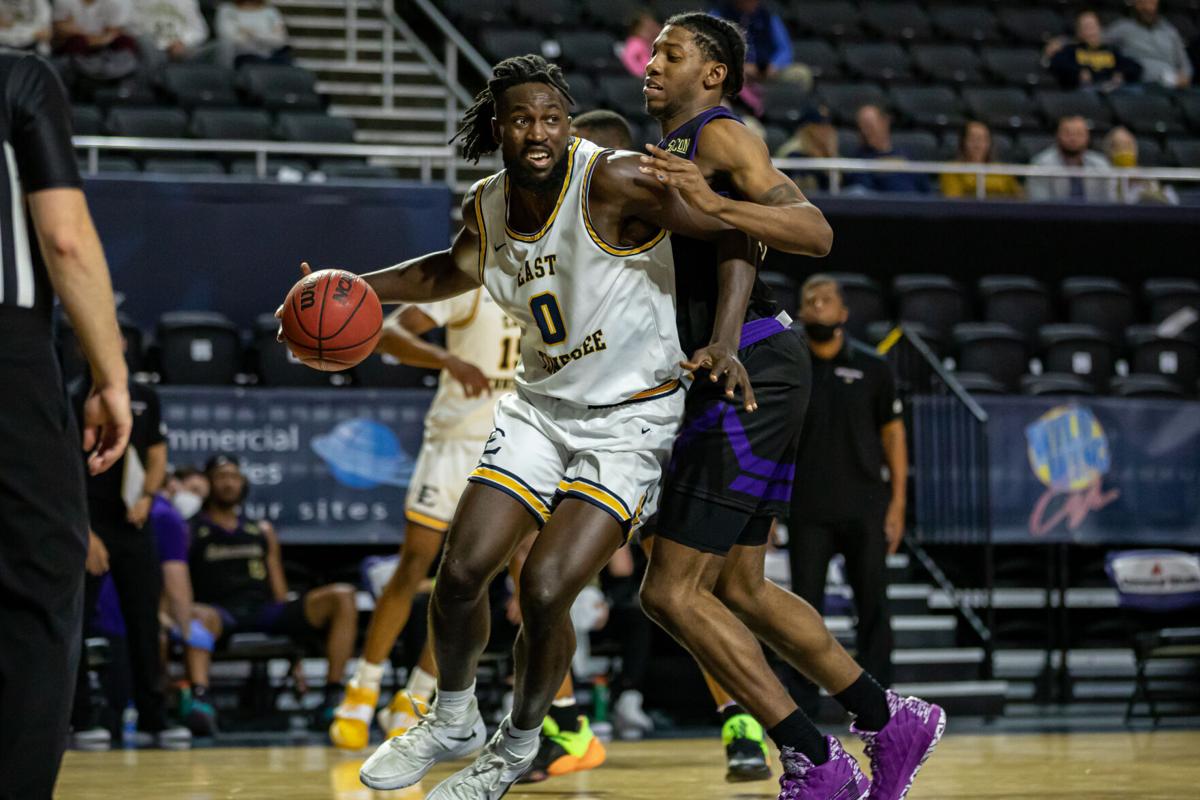 ETSU center Silas Adheke goes strong to the basket against Western Carolina. Adheke and the Bucs will take on UNC Greensboro on Saturday in a matchup that has proven to be consistently competitive over the last few seasons. DAKOTA HAMILTON

Ty Brewer soars for a dunk against Western Carolina as part of his 24-point effort in the Bucs’ win.

ETSU center Silas Adheke goes strong to the basket against Western Carolina. Adheke and the Bucs will take on UNC Greensboro on Saturday in a matchup that has proven to be consistently competitive over the last few seasons. DAKOTA HAMILTON

The Bucs play at UNC Greensboro on Saturday at 5 p.m. and if recent history is any indication, it’ll be a battle until the end.

ETSU vs. UNCG has turned into one of the more competitive rivalries in the SoCon. At least one of the two teams has been in the conference tournament championship game in each of the last five years. During that span, ETSU has won two titles and UNCG has won one. They’ve met in the finals twice, splitting the two games.

“There’s a pride over there,” ETSU coach Jason Shay said. “They’ve finished in the top three in the league since I’ve been here. They are competitive games. It’s a competitive series.”

While Shay was an assistant under Steve Forbes, the Bucs and Spartans met 12 times with each team winning six.

The Spartans are 5-3 overall and will be playing their first SoCon game. Their scheduled opener was postponed on Wednesday when The Citadel was forced to back out after positive COVID-19 tests.

UNCG is 2-0 at home and has not allowed any fans into Greensboro Coliseum. ETSU comes in 5-4 overall, 1-0 in the conference.

The game is being televised locally by ABC Tri-Cities as part of the SoCon’s Nexstar package.

The Bucs used a rousing second-half comeback to win their SoCon opener, 86-78 over Western Carolina. ETSU trailed much of the night, but the Brewer brothers put on a show to give Shay his first SoCon win.

Ty Brewer came off the bench to score 24 points, going 9 of 11 from the field and 4 of 5 from 3-point range, and Ledarrius Brewer added 21 points. Ledarrius became the 27th NCAA Division I player since 2010-11 to record at least 21 points, seven rebounds and seven steals. He also tied for the team lead with four assists.

Seven minutes into the game, Ledarrius was the only ETSU player to have made a basket and he kept the Bucs in the game early.

“We needed somebody,” Shay said. “We missed point-blank shots that were heartbreaking and we were a step or two slow getting back and they were scoring in transition, which we can’t do. If it wasn’t for LA’s (Ledarrius) aggressiveness early, things could have gotten out of hand.”

ETSU faced Western Carolina without the services of point guard David Sloan. The Kansas State transfer sat out as a disciplinary measure. Shay wouldn’t elaborate on the reason.

Shay said Friday night that Sloan’s status would be a “game-time decision.”

Looking at the SoCon statistical report, you wouldn’t know this is a game between two of the top programs in the league. Saturday’s game features the two lowest scoring teams as well as the worst two shooting teams – overall and from 3-point range.

The result could come down to defense and that’s where both teams shine.

Isaiah Miller, the do-it-all senior guard, comes in averaging 18.4 points per game. He is the reigning SoCon player of the year and a two-time defensive player of the year. He averaged 17.8 points last year and his 89 steals ranked second in the country.

Miller hasn’t been perfect this season. He has as many turnovers (26) as he does assists and he’s shooting 17% from 3-point range.

Sophomore forward Khyrie Thompson is the team’s second-leading scorer at 9.1 points per game. He scored 18 against Coppin State.

After facing UNCG, the Bucs will return home Wednesday to play host to VMI at 7 p.m. Then it’s back on the road for a game at Wofford on Saturday, Jan. 9.