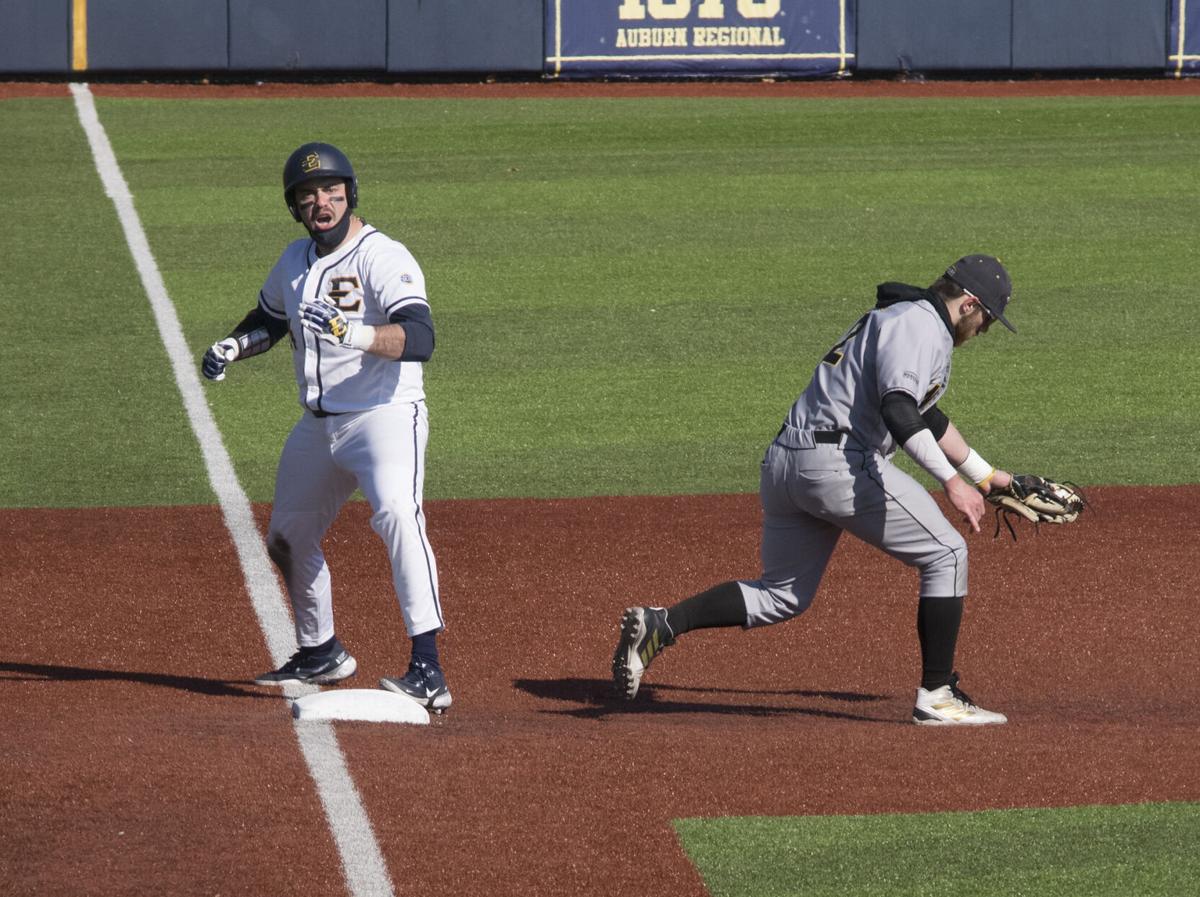 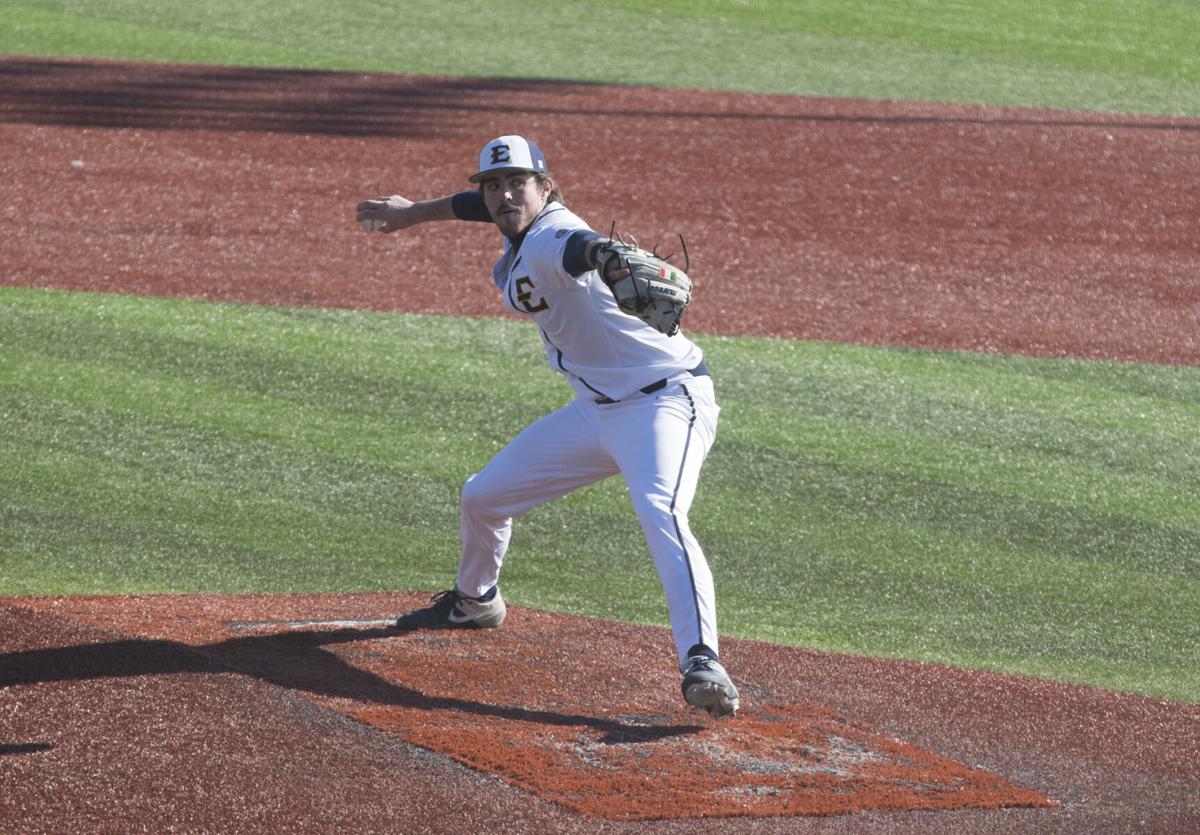 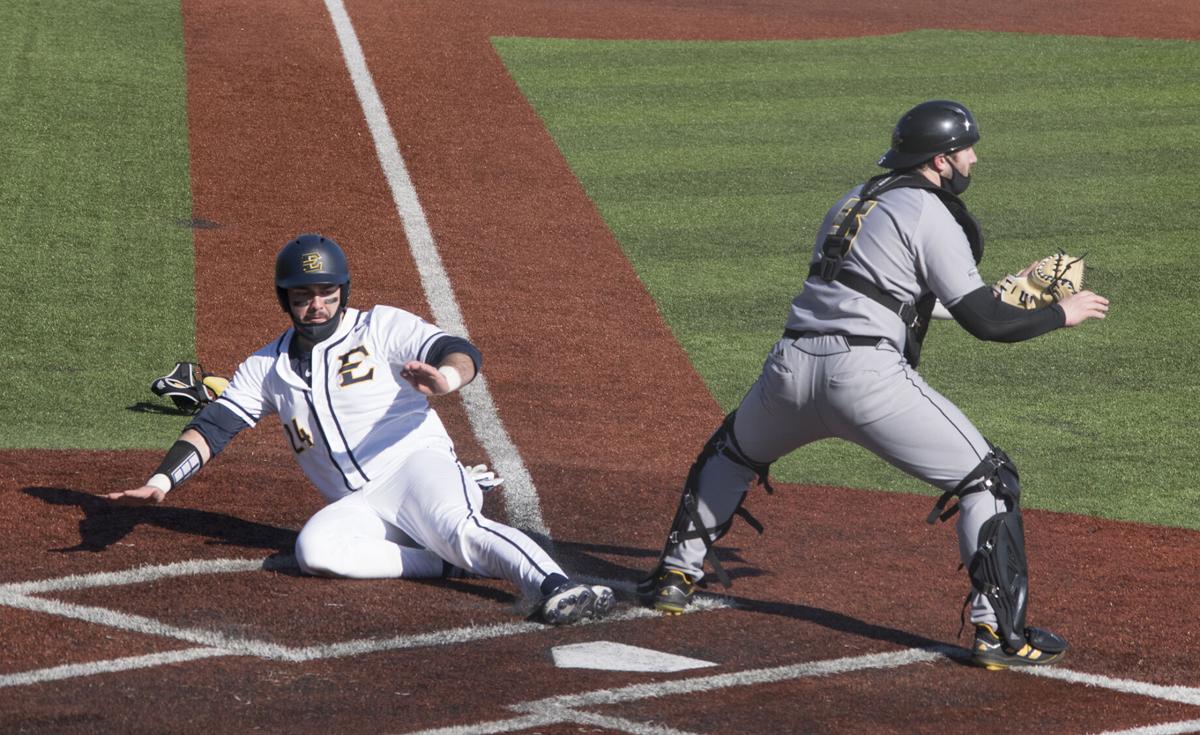 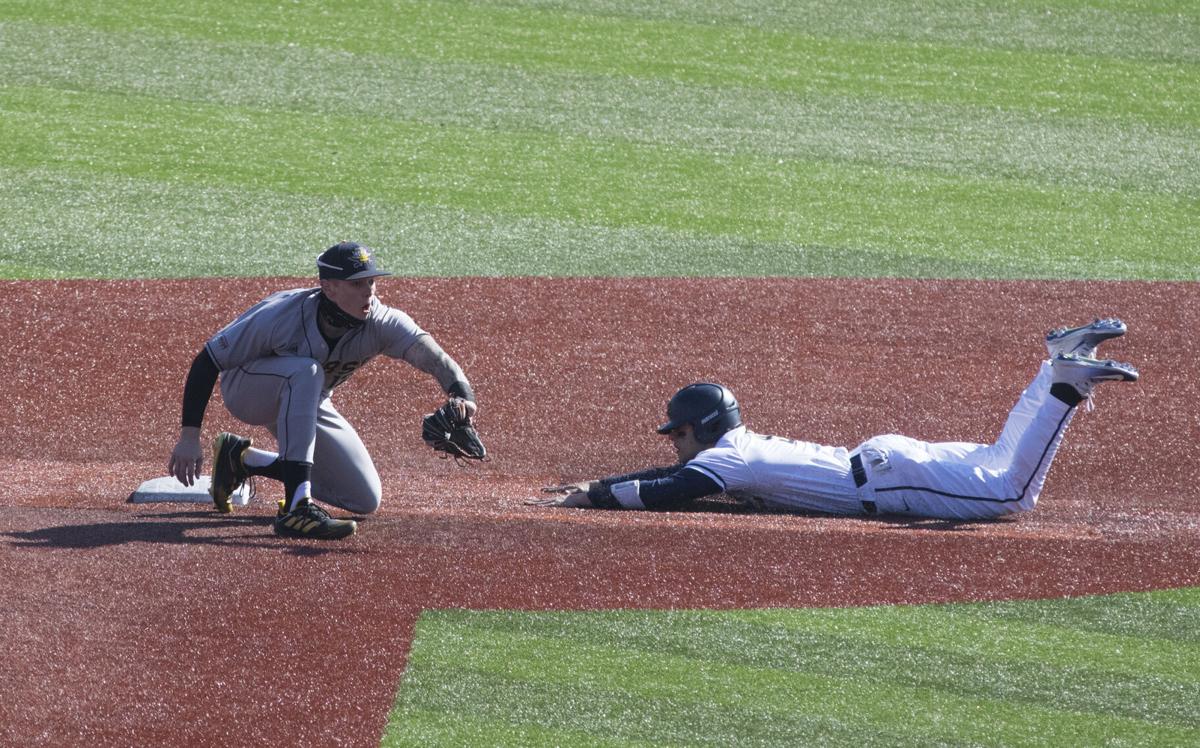 ETSU's Jake Lyle slides to steal second base as Northern Kentucky infielder Noah Fisher reaches for the ball in the second inning of Saturday's game.

ETSU's Jake Lyle slides to steal second base as Northern Kentucky infielder Noah Fisher reaches for the ball in the second inning of Saturday's game.

The big bats were out for East Tennessee State in Saturday’s season-opening win over Northern Kentucky.

Six of the Bucs’ nine hits were for extra bases. It allowed ETSU to lead 3-0 after one inning and 6-3 after three.

“We got some timely hits, scored early and scored first, which was a good thing,” ETSU coach Joe Pennucci said. “It was good to see the guys have some quality at-bats and put the ball in play for RBI situations. We had a few too many punchouts, but we had some guys tack on some runs in the end.”

MIDDLE OF THE LINEUP

Cady in the five-spot had an RBI double in the first inning, followed by a two-run double by King with the next at-bat. They added to the lead in the third inning with a two-run triple to right center field by Cady and a sacrifice fly by King.

In the middle of the lineup, Cady went 2-for-3 with the three RBIs and two runs scored.

“I just saw a curveball on my triple and it was up, so I got a good swing on it,” Cady said. “I showed a lot of emotion (afterwards) because my first year here I didn’t do so hot. I know my ability and today showed what our team can do.

“I think our offense is pretty well balanced. If some of the guys are having bad days, we have others to pick us up. That’s what Ashton and I did today, getting some good RBIs in good situations.”

While the Bucs (1-0) showed plenty of muscle, starting pitcher Hunter Loyd struck out nine batters and walked just one over 5 1/3 innings. The sophomore right-hander from Knoxville gave up four hits and three runs to earn the win.

Joseph Acosta didn’t allow any hits in 1 2/3 innings of relief. Seth Chavez had four strikeouts to only one hit and no walks to close the game.

“It was good to see Hunter out there and how he gave us a chance to win,” Pennucci said. “He pitched really well and then Joe gave us the middle-inning outs that we really needed. Seth did a good job on the back end, getting on top of hitters and throwing strikes.”

Pennucci remains undefeated as the Bucs’ skipper on opening day. He is 4-0 in season openers with the current streak of five opening-day wins the longest in program history.

“It’s good to get off to a good start,” Pennucci said. “I was happy they were able to play well and get the win. It’s a long season and you have to ride the wave as it goes.”

Northern Kentucky starter Ben Gerl struck out 12 of 24 batters he faced over five innings. He threw 65 strikes in 95 pitches, but gave up six hits and six runs to be tagged with the loss.

No Norse batter had multiple hits.

The teams are scheduled to play a doubleheader Sunday with first pitch for game one starting at noon. Left-hander Colby Stuart is penciled in to start. Game two is scheduled for a 3:30 p.m. start with Hunter Townsend on the mound for the Bucs.

“Just to get out there and play, there’s a lot of emotion,” Cady said. “Our guys are going to be ready to play tomorrow. With Colby and Hunter Townsend, they’re going to come out ready to compete and our hitters are ready to go.”