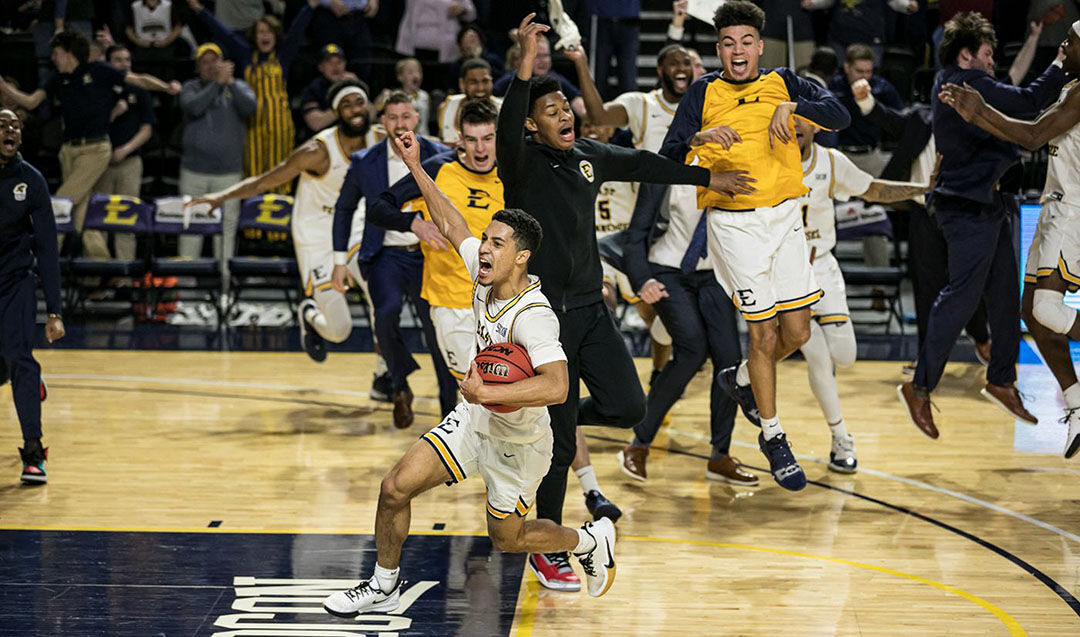 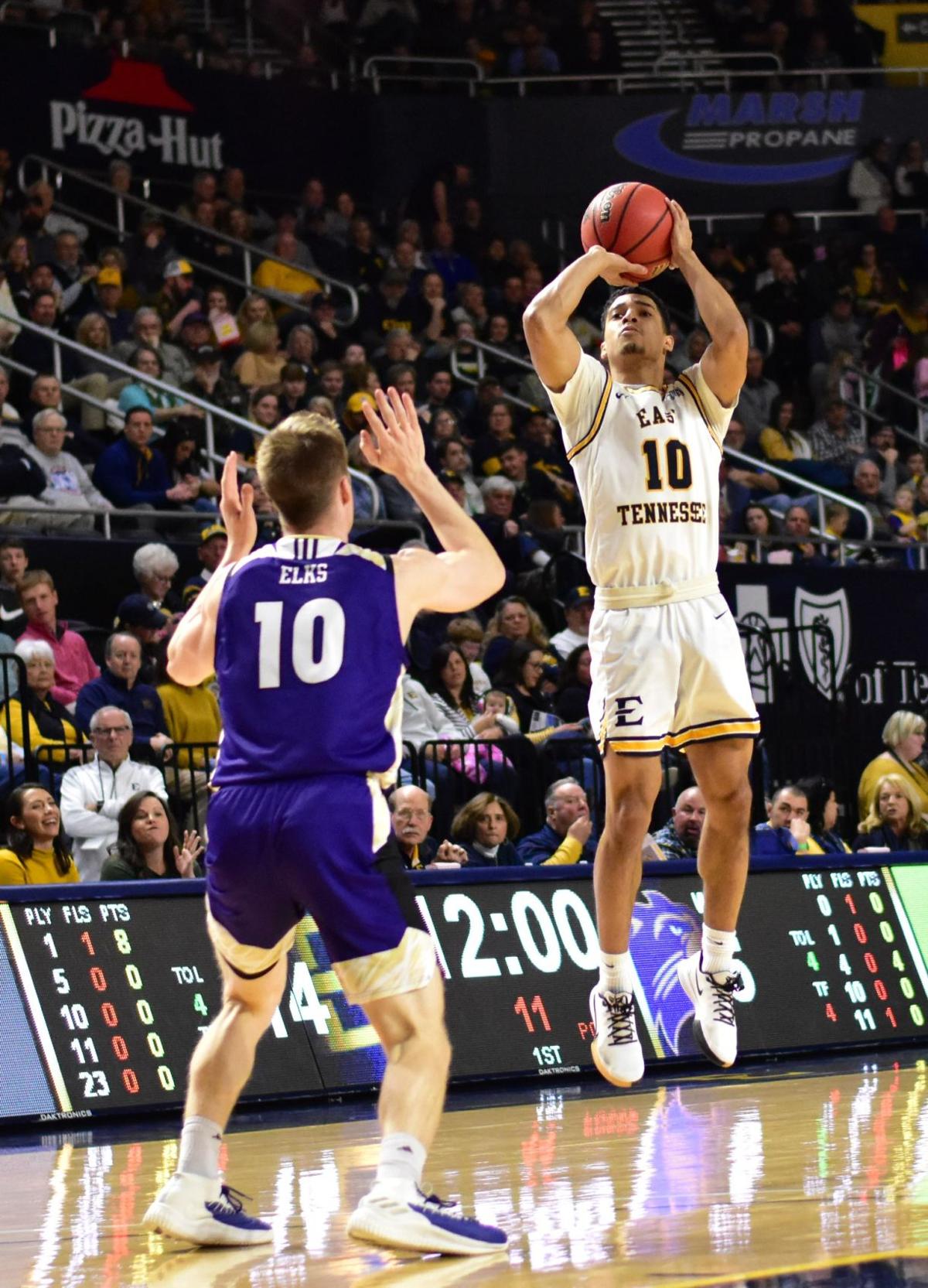 Patrick Good goes up for a shot during his historic game against Western Carolina. 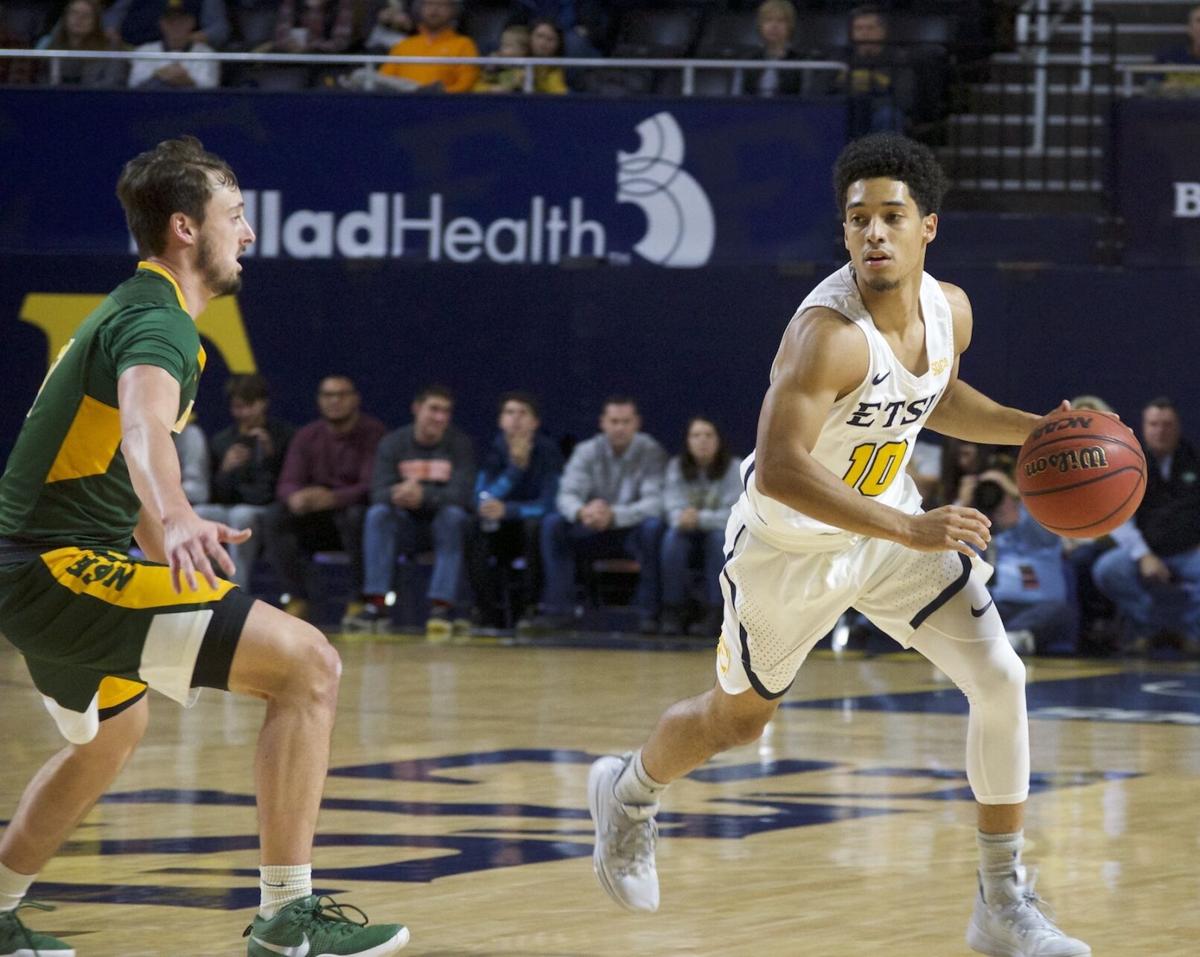 Patrick Good goes up for a shot during his historic game against Western Carolina.

When new East Tennessee State basketball coach Jason Shay watches his team practice, he sees a lot of talent. What he doesn’t see is a lot of familiar faces.

With an almost complete turnover of the roster and coaching staff, the Bucs are a work in progress.

That’s where Patrick Good comes in.

Good, in his fourth year with the program after transferring from Appalachian State, is the senior citizen of the bunch and he knows he’s being counted on to provide leadership.

“With the new guys coming in and new coaching staff, they want to be a part of history and I want to be on a special team as well,” Good said. “The year that we had last year, I know what winning looks like and I know how to get there.”

Good, a shooting guard, admittedly struggled at times last season, going several games in a row without making a 3-point basket. He made up for lost time when his team needed him the most.

In the final game of the regular season, with ETSU needing a win to claim the outright Southern Conference regular-season championship, Good put the team on his back and carried it to a 68-67 victory over Western Carolina.

He scored 17 points in the final five minutes, including the game-winning 3-pointer. Good scored 24 of ETSU’s final 30 points and made seven of his last nine 3-point attempts.

It helped the Bucs keep momentum going into the SoCon tournament, where they swept three games to win the title.

Now, he’s a leader on a team trying to find its own identity.

“We have so much individual talent,” Good says. “Just get everybody on the same page chemistry wise. I feel like we’re moving in that direction.”

When asked what he likes about his almost entirely new team, Good was quick to answer.

“I would say the competitive spirit that we have as a collective group,” he said. “Everybody just wants to compete at a high level and wants to get better each and every day. I feel like that is huge and just everybody wanting to prove themselves.”

Good and forward Vonnie Patterson are the only two players on the roster who started games on last season’s 30-4 team.

GONE BUT NOT FORGOTTEN

While the Bucs will obviously miss Bo Hodges and Daivien Williamson, who transferred after coach Steve Forbes left for Wake Forest, Good says he has no ill feelings toward his former teammates.

“I transferred from App State, so I know how it feels,” he said. “I feel like each and every guy has to do what’s best for their situation, their individual self and their family. You only get one crack at it and I feel like living with regret is one thing that a college student should never have to do. It goes by fast and you just have to take advantage of every single opportunity that you have. I understand that they’re doing what’s best for them and their future and they have my ultimate support to the fullest.”

Good, who has already graduated with a degree in sports management, has begun work on his Master’s degree. He wants to parlay his status as a hometown hero and basketball star into a business venture when his playing days are over.

“I feel like I have enough knowledge and I have enough connections to be able to help the kids out and give them the same dream that I had when I was a young kid,” he said. “Ultimately I want to open up a gym and to be able to bring kids in and work with them and to give them all the knowledge that I have. Just show them what hard work will do and how far it can take you.”

Good grew up having access to a gym since his father is a coach and he wants to make sure kids who don’t have that access get somewhere to play.

“It was easier for me and I’ve never been on the other side of the fence where it has been difficult to be able to go to camps and to meet different coaches, different players and to be able to be around the game of basketball,” Good said. “I know some kids don’t have the same opportunities that I had. I feel like me being in the place that I’m in as a person and as an athlete, I feel I could be able to give back and if I could help two or three kids get into college, then, then I’m doing something right.”