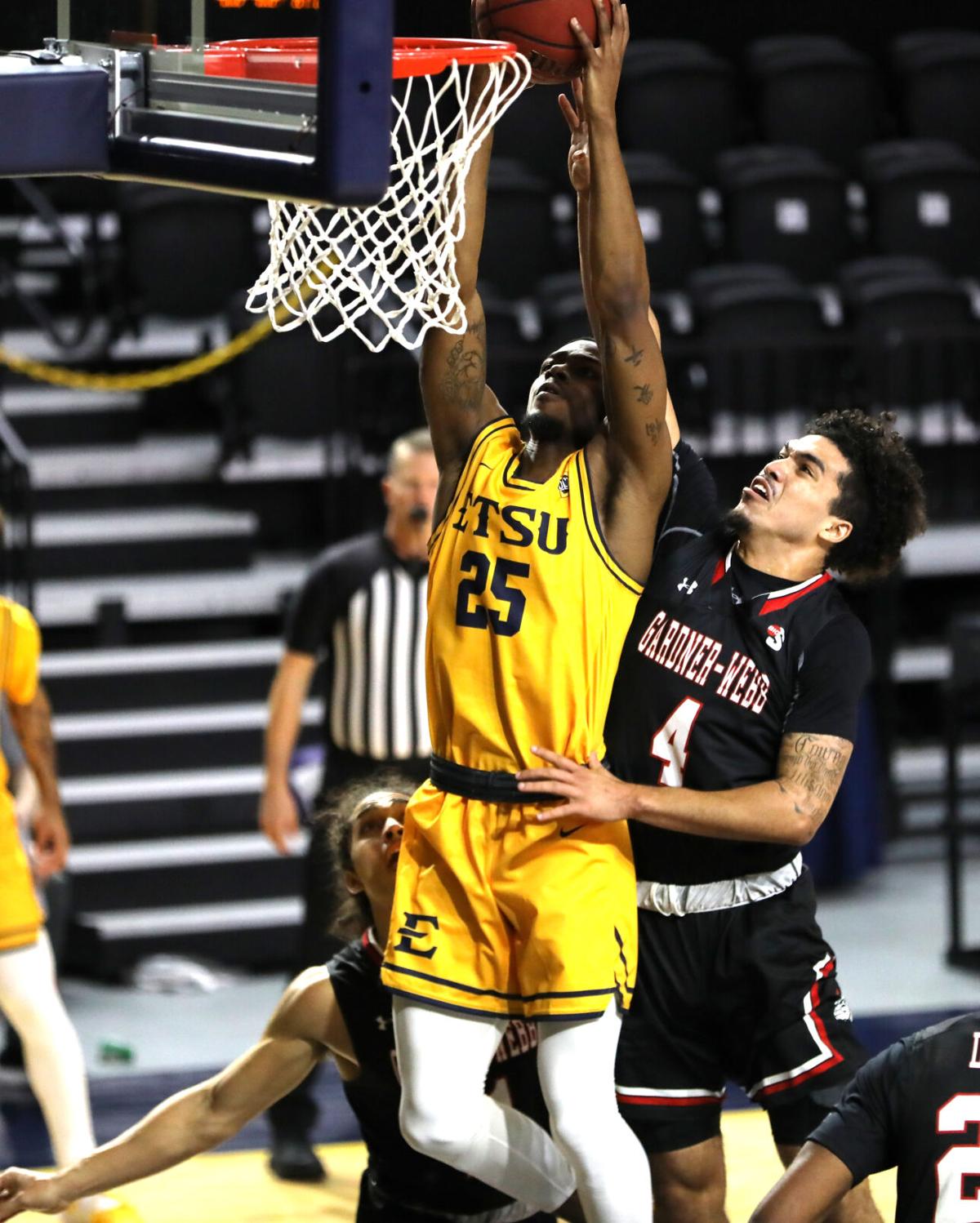 Ledarrius Brewer throws down a dunk after a pass from his brother Ty while being fouled by Gardner-Webb’s Maurian Williams. 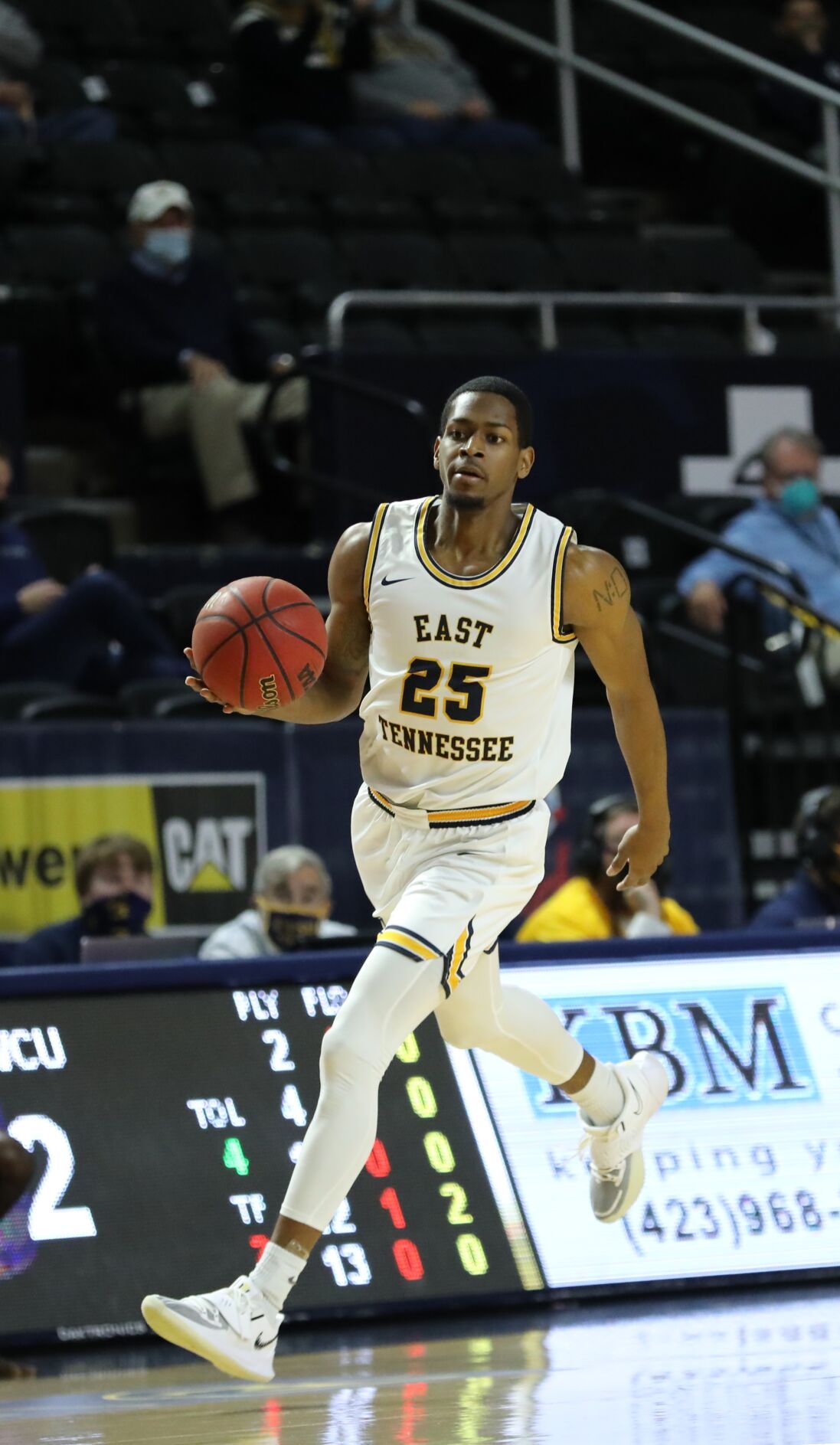 Ledarrius Brewer has been handling point guard duties from time to time for the Bucs. 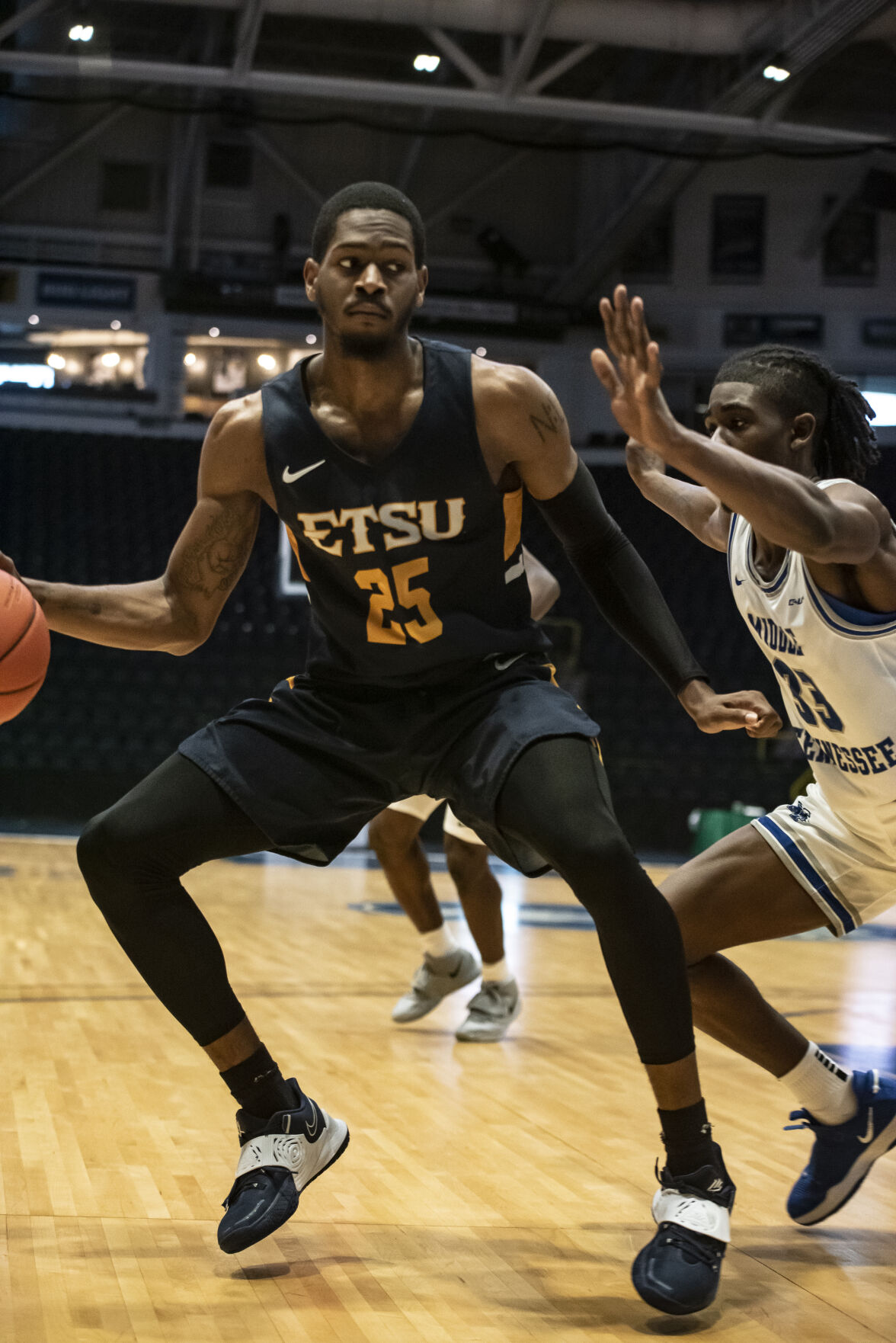 Ledarrius Brewer throws down a dunk after a pass from his brother Ty while being fouled by Gardner-Webb’s Maurian Williams.

Ledarrius Brewer has been handling point guard duties from time to time for the Bucs.

Last year, as the East Tennessee State basketball team rolled to its best record in school history, Bucs coach Steve Forbes said the team’s best player might not even be playing.

Ledarrius Brewer was sitting out because of NCAA transfer rules and he had a front-row seat as the Bucs went 30-4. Brewer’s role was one of scout-team star and by all accounts, he played it to perfection.

Now, with Forbes gone to Wake Forest and Jason Shay running the show at ETSU, Brewer has been showing what he can do on the court. And he’s lived up to his billing.

The 6-foot-5 junior guard has flashed the kind of all-around game that ETSU was hoping for when he transferred from Southeast Missouri State. He’s led the Bucs in scoring in five of their 10 games, has been improving as a rebounder and has even run the point.

In the Bucs’ two Southern Conference games, wins over Western Carolina and UNC Greensboro, Brewer has averaged 19.5 points and nine rebounds while leading the team in assists in both games.

“He’s a natural scorer,” Shay said. “He’s coming around very well. I think he’s playing well, putting himself in great position. His numbers reflect why we’ve gotten off to a good start in the league.”

Brewer’s scoring average has been climbing all season. He’s up to 16.3 points per game while shooting 47.6% from the field. Both of those numbers rank 10th in the SoCon.

“I have now moved him somewhat out of position,” Shay said. “He’s been the primary ball handler, being the point guard for us, yet he’s still found a ways to score. He needs to step up in other areas on the defensive end, being more disruptive because of his length and athleticism.”

Brewer looks just as comfortable launching a step-back 3-pointer as he does throwing down a big dunk. Now that Shay has him stretching his horizons running the point, he’s turning into a do-it-all player.

It might not have been a coincidence that his first SoCon game seeing action at point guard — while starter David Sloan was serving a team suspension — was the night his brother Ty Brewer had his biggest game at ETSU, 24 points against Western Carolina.

“I had to just fill my role and my position,” Ledarrius Brewer said. “Coach had me running the point so I was just facilitating more than worrying about scoring. I had to get those other guys involved.”

With 10 new players on the roster, everybody knew it would take some time to jell. It all started to come together as the Bucs posted a 71-61 victory at UNC Greensboro in their last game.

“I think that is us playing together, learning what everybody can do and where everybody can’t do,” Brewer said. “You want to just put players in the best position you can and once you put them in a position to make shots, I mean all of us are pretty capable.

“That’s going to be very dangerous going down the stretch, getting everybody involved when we’ve got people on the bench coming in to score. We have depth and a lot of teams in our conference probably don’t have that.”

Brewer and the Bucs are on hold as the team had had three consecutive games postponed because of a positive COVID-19 test in the program. Games against VMI, Wofford and Samford have been called off. The conference is working on rescheduling them.

ETSU is scheduled to return to action Jan. 16 at Furman.