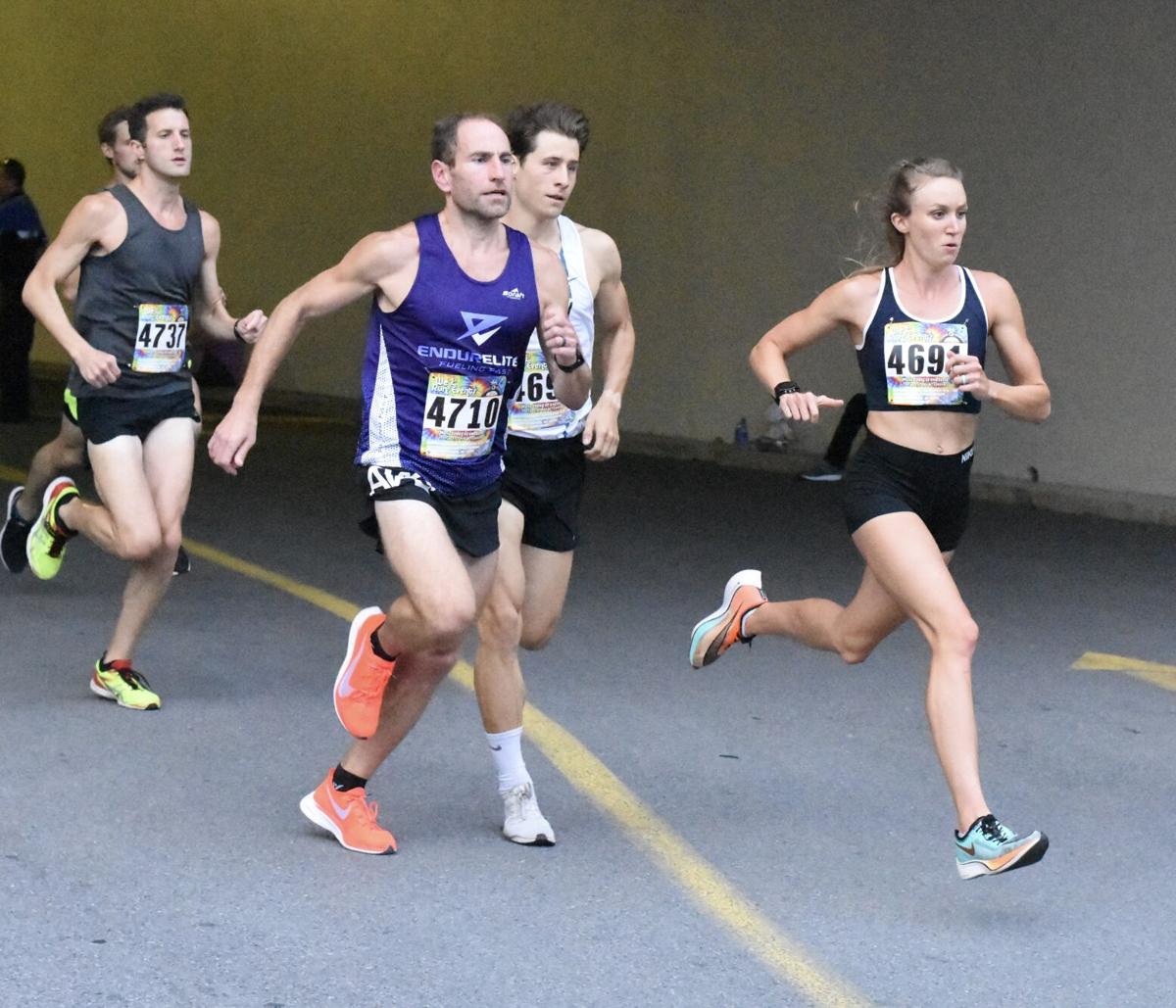 Sophie Watts, far right, leads the pack early on in the 2020 ‘Not-So’ Downtown Mile on Thursday at the Johnson City Mall. Mitchell Bronstetter, second from right, would wind up winning in 4:38. 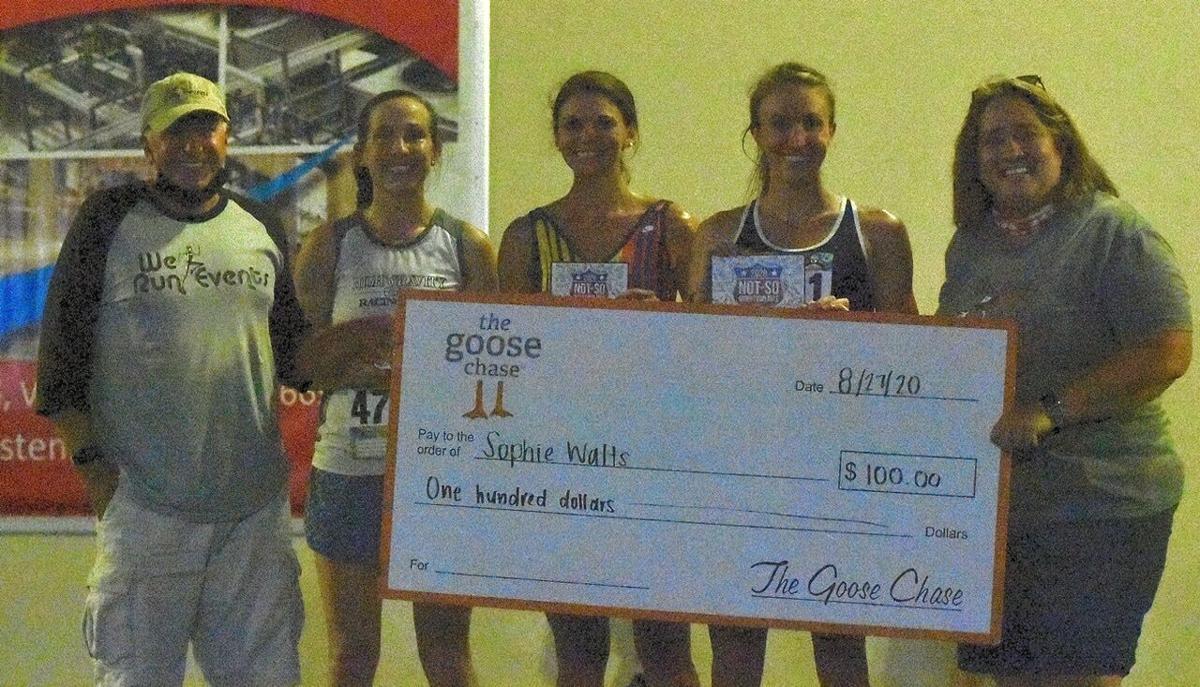 Sophie Watts, far right, leads the pack early on in the 2020 ‘Not-So’ Downtown Mile on Thursday at the Johnson City Mall. Mitchell Bronstetter, second from right, would wind up winning in 4:38.

The fourth annual Downtown Mile had a new look to it on Thursday at the Johnson City Mall, but most participants were glad to be back out racing.

There was a new elite event record set in the women’s event as Kingsport’s Sophie Watts (Chase) — a seven-time Virginia Group AAA champion from Lake Braddock and former Stanford standout — crossed the line in 4:48, blasting Hannah Segrave’s old record of 5:01 from 2017. Watts was also fourth overall.

“This was super fun and I’m so thankful for the people at the Goose Chase for getting this race together,” Watts said. “It was just so nice to be able to run.”

After completing her collegiate career, Watts turned professional for triathlon and is in training for some upcoming races in Europe that are pending.

“The specific triathlons that I do are actually sprint and Olympic distances,” she said. “We actually do what’s called the mixed team relay, which is a really short triathlon and the last leg is actually a 1,500-meter run.

“A lot of my training actually does touch on that mile threshold and I get to do a lot of speed. I really wanted to use this race to kind of gauge where my fitness is at.”

Former Daniel Boone and Milligan standout Mitchell Bronstetter won the elite overall title with a run of 4:38, well off Simeon Roberts’ event record of 4:23 from 2018.

“The first part of the course was really fun, getting to run by all the people that were socially distanced, of course,” Bronstetter said. “I felt really good about my race. I haven’t had a lot of time to train lately, but it was nice to come out here and race since my senior season got cut short.”

Bronstetter had to hold off a hard-charging Ryan Woods (Boone, N.C.) in the closing stages of the race. Woods wound up second in 4:40 and Johnson City’s Matthew Leonard was third in 4:43.

In the women’s division, Whitney Elliott (LaFollette) was second in 5:37 while Science Hill girls cross country coach Evan Meeuwenberg was third in 5:47.

For their wins, Bronstetter and Watts each received a $100 payday while second and third came away with $50 and $25 respectively for each gender.

In the open division, Greeneville’s Phil Roberts won the men’s division in 5:44 while Carissa Chambers was victorious for the women in 6:27.

New look on all levels for Downtown Mile

On Thursday, the popular Johnson City Downtown Mile road race is scheduled to go off, but with a new course and many new social distancing guidelines.