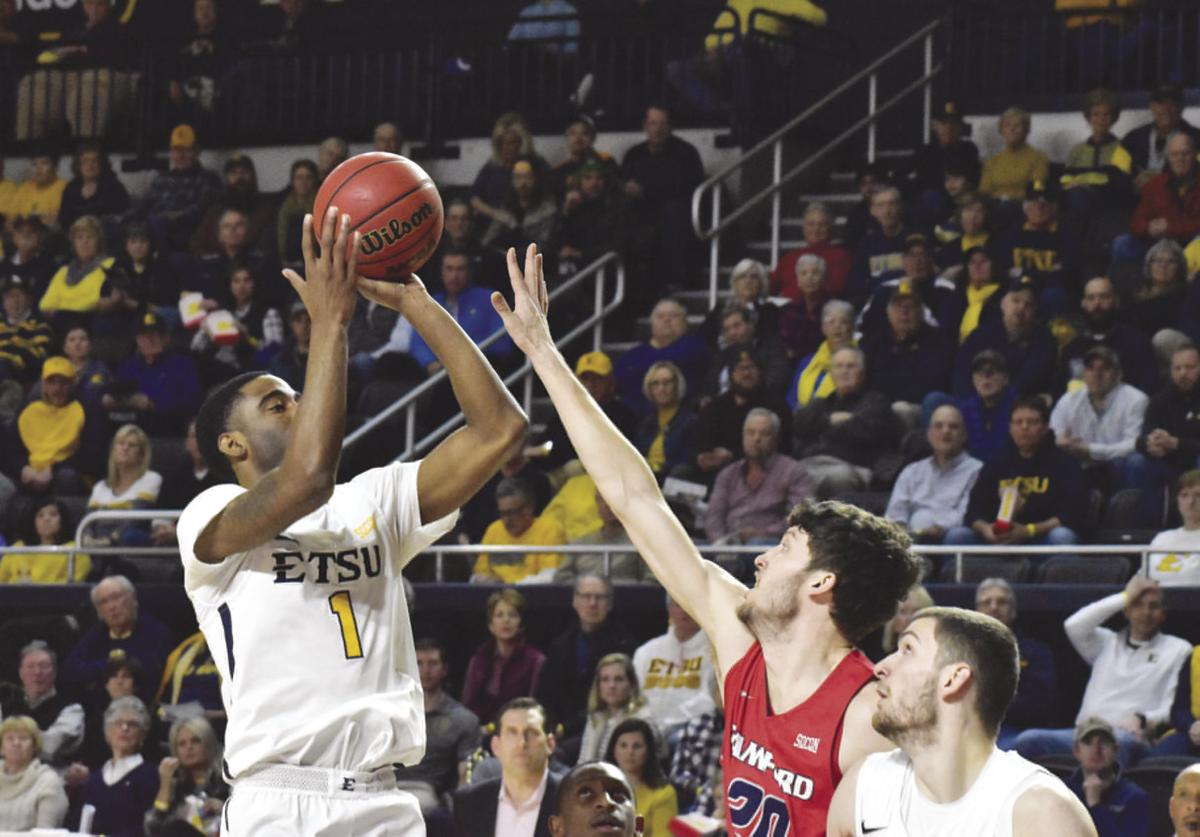 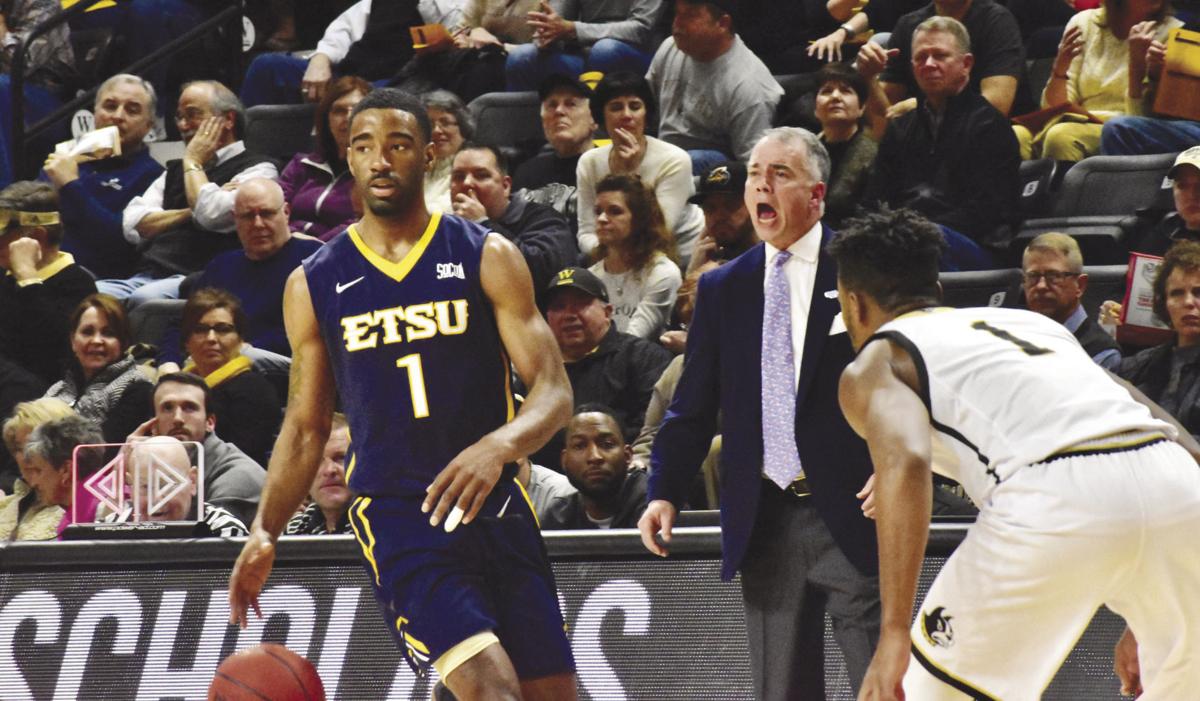 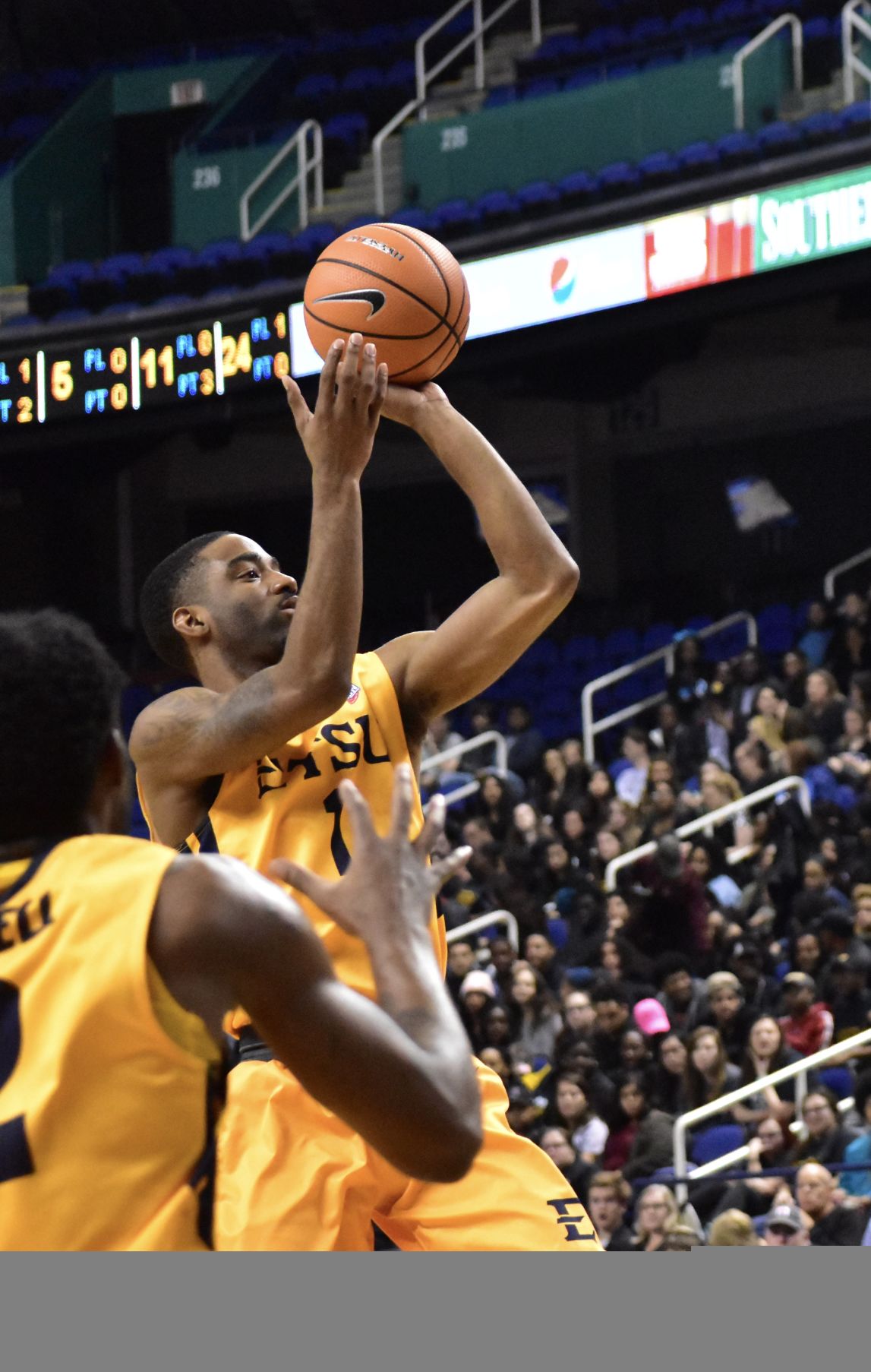 Desonta Bradford was part of a Southern Conference championship basketball team at East Tennessee State as well as the conference’s player of the year.

Now he’s a member of the coaching staff.

Bucs head coach Jason Shay announced Thursday that he has hired Bradford as an assistant for player development.

“I think he has a lot to offer,” Shay said. “He has achieved things that our players I think would like to also achieve themselves.”

Bradford was the SoCon’s player of the year during the 2017-18 season, when he averaged 15.4 points, 5.8 rebounds and 3.5 assists per game. The Bucs went 25-9 and lost in the SoCon tournament championship game during his senior season, a year after they won it all and went to the NCAA Tournament.

“I always felt like I would get into coaching sooner or later,” Bradford said. “It just so happens to be sooner now. I enjoyed playing, but now I like to watch the game and think the game from the coaching side, so I think it’d be good for me.”

Bradford was an honorable mention All-American as well. He also played professionally overseas for a bit.

Shay said Bradford’s versatility and leadership on the court will suit him well for his new position.

“I think it’s always good to bring back former players because they understand the system and they can help with some of the nuances in the teaching,” Shay said. “It’s also good to understand the culture and the standards and they know that’s how we do things.”

After seeing newcomer Silas Adheke on the court, Shay was impressed with the 6-foot-9, 245-pounder, a graduate transfer from Northern Kentucky.

“He looks like he could play defensive end or tight end,” Shay said. “He does some things that we value as far as getting rebounds with two hands. I told him ‘I’m going to throw you in the fire and you’re going to have to learn on the run.’ He’s a smart player and he’s picked up on things quickly. I think he’s skilled, more than people think. And so I think he’s gonna be a huge asset for us on the court.”

Richard Amaefule, a 6-foot-9 forward who was the latest player to sign with ETSU, has not practiced with the team yet. He is a British citizen and his passport was going to expire within six months, so he has to get a new one before he can come back to the United States.

The NCAA is supposed to announce on Sept. 16 when the college basketball season will start and what it will look like. The season is scheduled to begin Nov. 10, but alternative start dates of Nov. 25 and Dec. 4 have been floated around,

“I think it’s important that, as a mid-major program, we need nonconference games,” Shay said. “So the sooner that we can start closer to November 10 is the best. We’re for the November 25 start date rather than the December 4 start date. How that is going to look is the uncertainty until the NCAA comes out and makes their statement on September 16, so right now we’re trying to come up with contingency plans.”