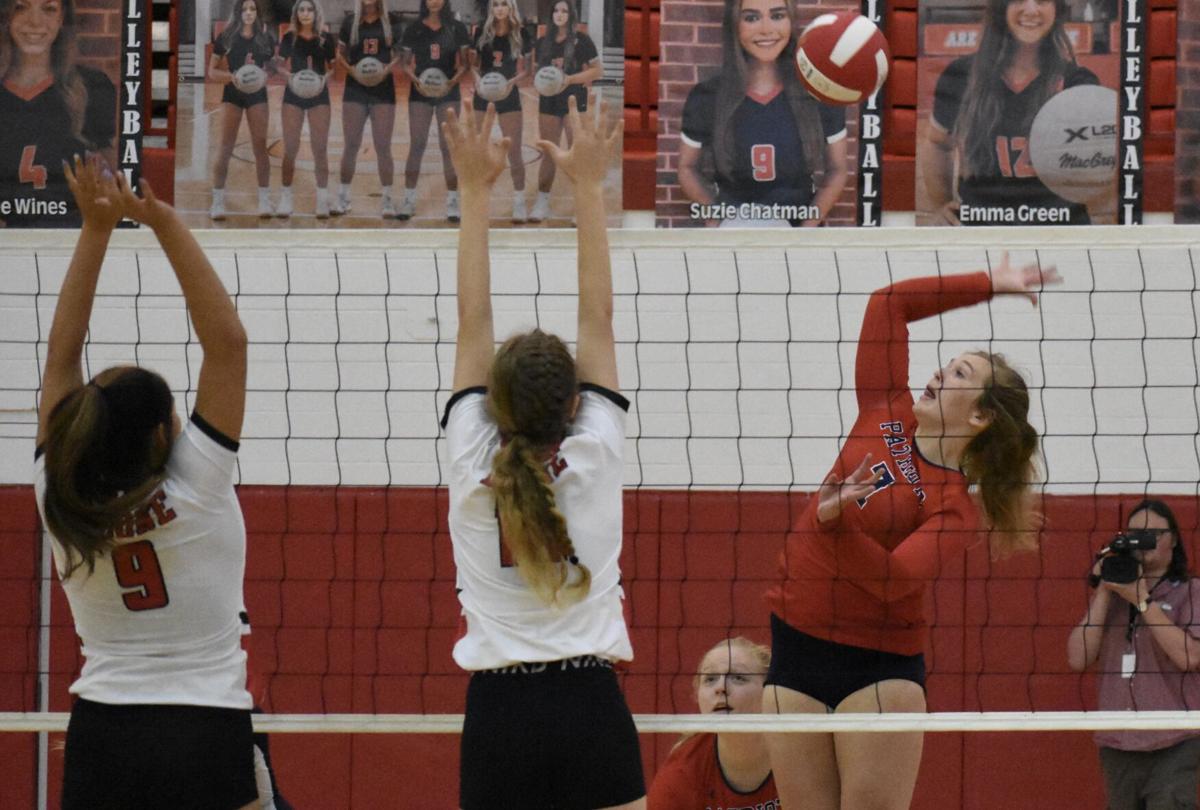 Sullivan East’s Jenna Hare (7) searches for a shot to get past the Boone wall Wednesday. 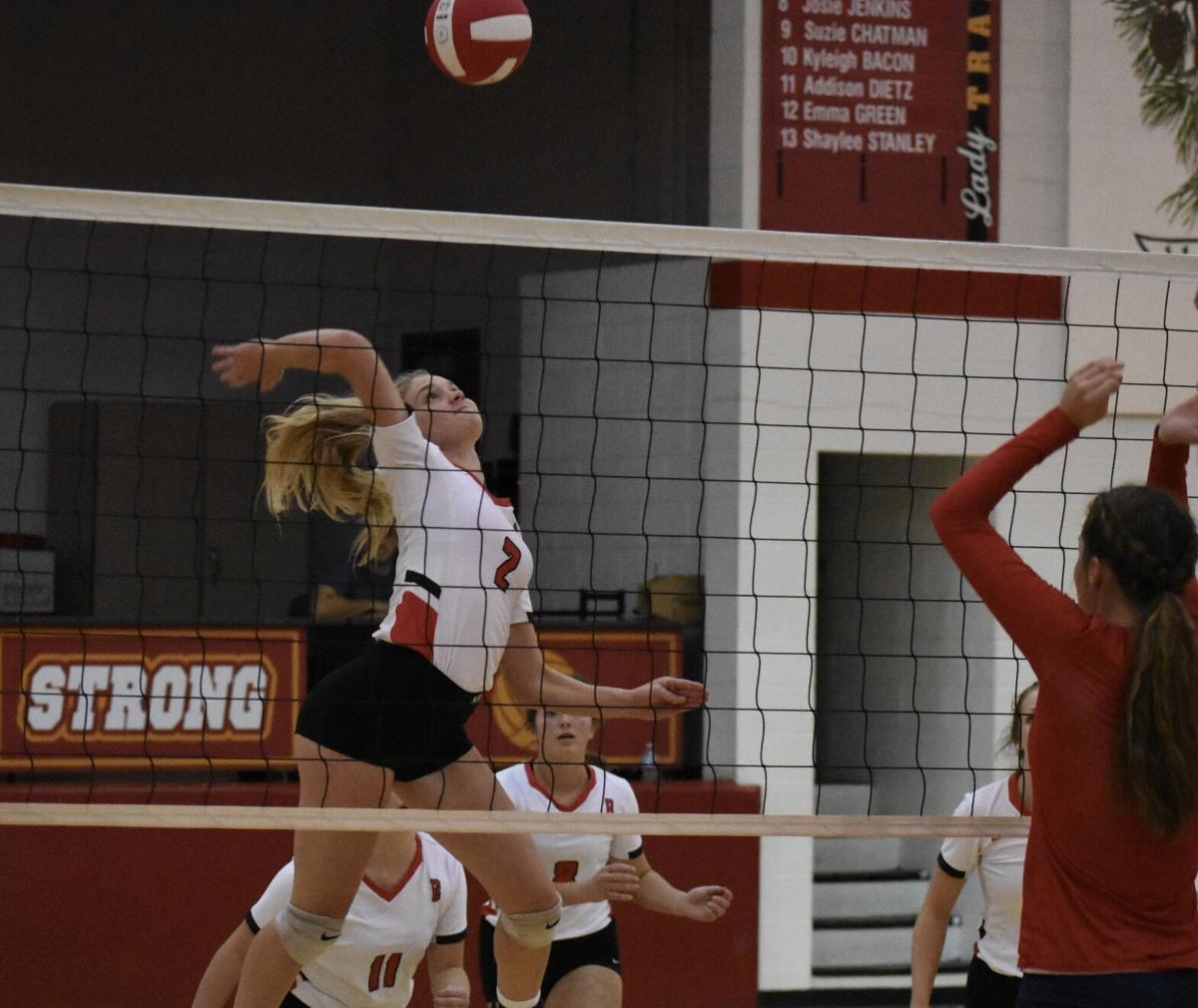 Daniel Boone’s Riley Brinn (2) waits on the ball for the spike Wednesday in the Lady Trailblazers’ 3-0 win over Sullivan East.

Sullivan East’s Jenna Hare (7) searches for a shot to get past the Boone wall Wednesday.

Daniel Boone’s Riley Brinn (2) waits on the ball for the spike Wednesday in the Lady Trailblazers’ 3-0 win over Sullivan East.

A night after a lackluster performance against Science Hill, the Daniel Boone volleyball team redeemed itself with a sweep of nonconference foe Sullivan East inside Bobby Snyder Gymnasium, 25-20, 25-20, 26-24.

The Lady Trailblazers trailed big time in the first set, but seized momentum and carried it into the rest of the match.

“The girls showed a lot of heart tonight,” Boone coach Tennille Green said. “It helps being at home and having a student body here. I changed up quite a bit of things, like not having a set outside or a set right side.”

Trailing 20-15 late in the opening set, Boone was in need of some sort of change in momentum.

Senior Emma Green got a big rally started for the Lady ’Blazers and it turned into 10 straight points to win the opening set.

The come-from-behind effort obviously gave Boone a huge confidence boost as it turned the momentum into a win in the second set, leading the entire way.

“I have to have everyone stepping up and playing big from here on out,” Green said.

Rylee Wines had another big night with 30 assists and 10 digs for the Lady ’Blazers. Riley Brinn had 10 digs, five kills and three aces.

Shalee Stanley had some good swings with six kills and four key blocks.

Allie Davis, Addison Dietz and Josie Jenkins each had 10 digs.

EAST PUTS IN A SURGE

The Lady Patriots fought with Boone tooth and nail in the third set and were leading 20-16, but Boone again had a late rally.

“We started out pretty well and then at 20-15, we passed a couple of balls and there was some miscommunication,” East coach Tracy Graybeal said. “Then we got in a serve-receive funk. The left-handed girl for (Boone) served very aggressively and took us to school.

“We sometimes struggle with that hard floater. The movement on that ball is pretty impressive.”

Riley Nelson had 12 kills to lead the offense while Hannah Hodge had seven and Avery Johnson tallied six.

Mia Hoback had 31 assists while Hayley Grubb led the defensive effort with 27 digs.

Nelson also had a pair of blocks while Hodge contributed 16 digs.

Sullivan East — which can finish no worse than second in the Three Rivers — finishes up conference play on Thursday with a road game at Unicoi County.

Boone is back in action on Monday against Elizabethton at home for senior night.