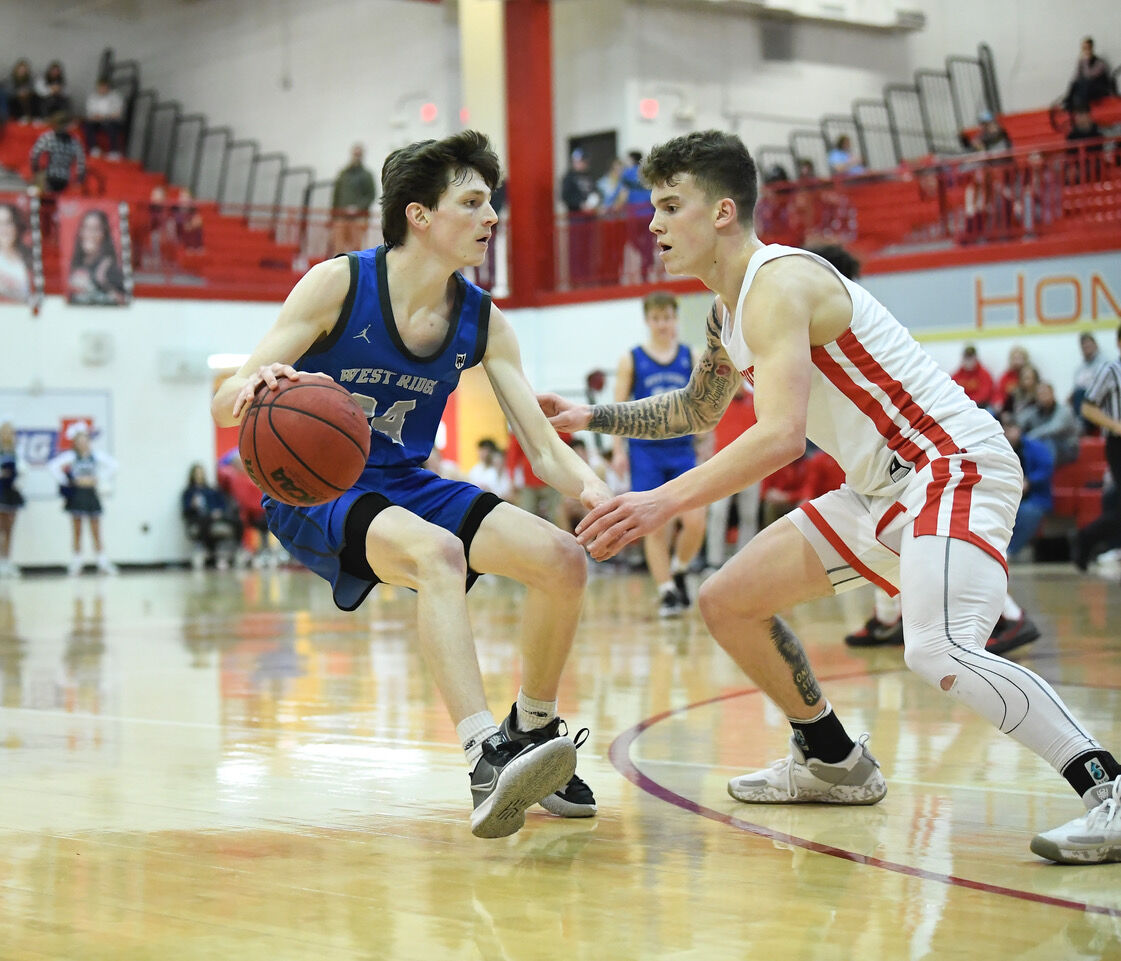 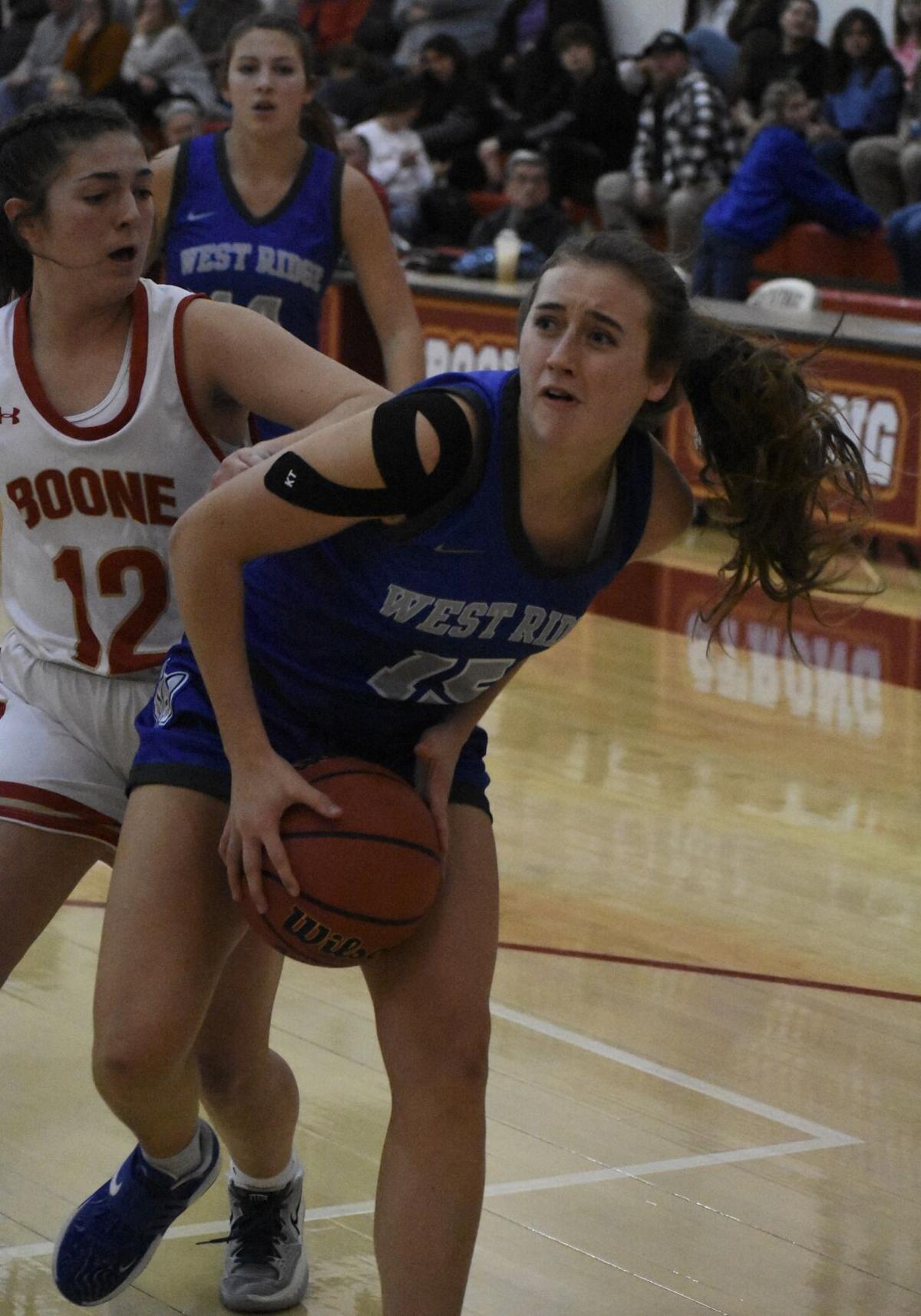 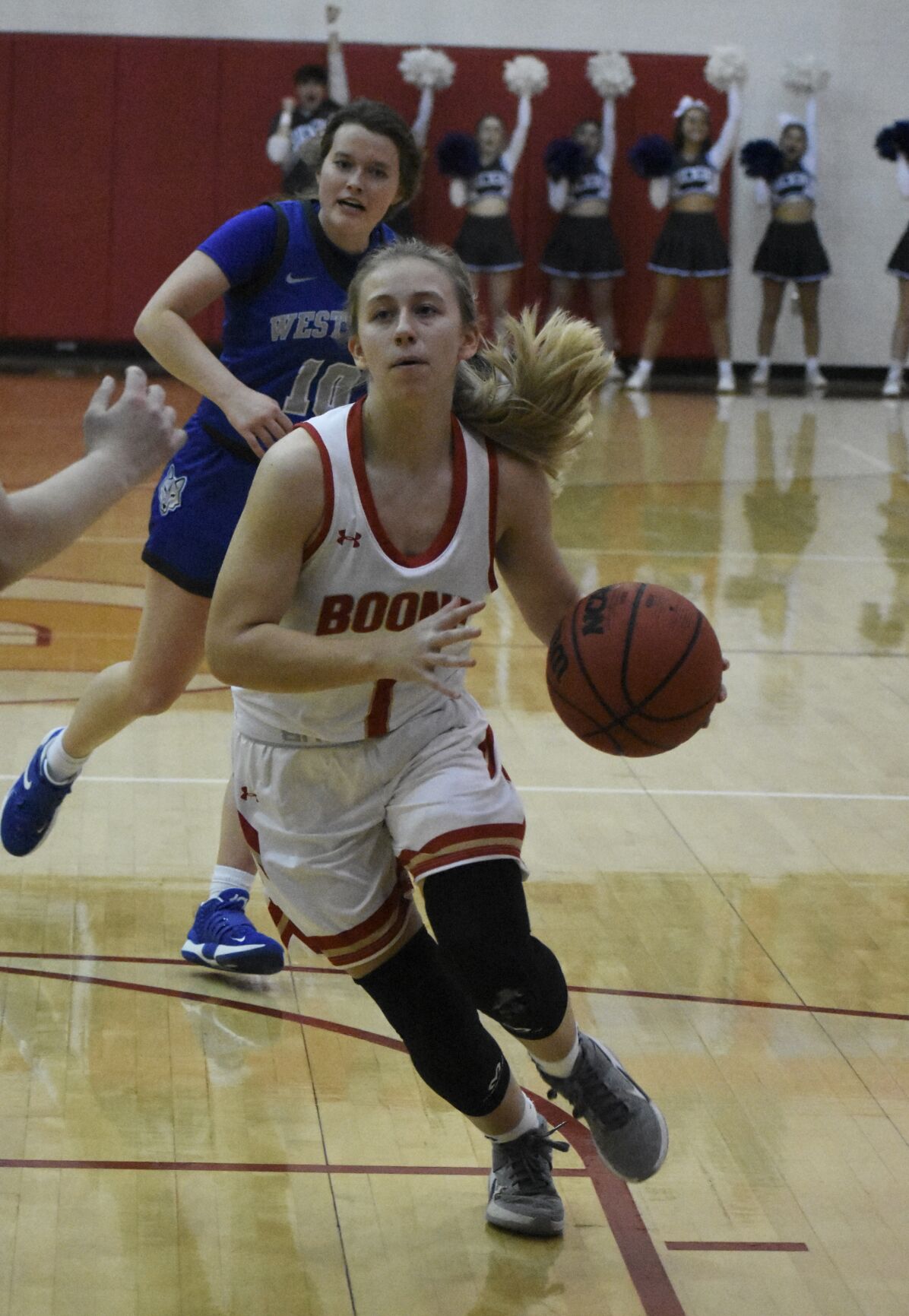 First impressions are everything as the old saying goes.

The West Ridge boys basketball team got a sour first visit to Bobby Snyder Gymnasium on Tuesday night as it fell to Daniel Boone in Big 5 Conference play, 55-52.

“We know what kind of game it’s going to be every time you play in this conference,” Boone coach Chris Brown said. “It’s a challenge, but when we hit some adversity, it makes it a tight ballgame. Credit to our guys and them, too, because we all made some big plays.”

Brayden Blankenship led the way for Boone, scoring a game-high 19 points on 7-of-12 shooting and making all three of his 3-point attempts.

“Brayden makes big plays. He’ll turn the ball over sometimes, but he’s such a warrior and a competitor that we want the ball in his hands,” Brown said. “I thought Luke Scott was huge for us tonight. He had some great rebounds and some big buckets inside for us.”

The Trailblazers, when it got down to crunch time, did a good job of holding onto the basketball, as opposed to previous games this season. Boone had only two turnovers in the fourth quarter, when the game was down to a single possession for most of the period.

“When the game got into the fourth and the game got tight, we’ve struggled in those situations before,” Brown said. “I thought we settled down and executed and made some plays.”

The Wolves were led by Cooper Johnson’s 11 points, but John Dyer’s quintet could not overcome its woeful start. The Wolves ended up at only 5-of-23 from long distance.

Beau Hauldren likes to make sure the fans get their money’s worth.

His Lady Trailblazers (8-9, 2-0) pulled out another heart-pounding Big 5 Conference win, this time over West Ridge as Kyleigh Bacon hit a 3-pointer with 5.5 seconds left.

“It was another great game that went down to the wire,” Hauldren said. “I thought our girls executed really well, especially on that last possession. Even on the couple of possessions before that, they did exactly what they were supposed to.”

Josie Jenkins, the heroine in Friday’s game against Science Hill, led all scorers with 13 points while Allison Lambert led West Ridge with 11.

The Lady Wolves (13-6, 0-2) held the lead throughout the first half, but Boone turned it on in the second half and took as much as a five-point lead.

One of the biggest differences was the hot 3-point shooting of Boone, which made eight of its 19 attempts. West Ridge was woeful, going 1-of-17 from distance.

Boone also cut way down on turnovers in the second half, giving the rock away just four times.

“We were going to take the last shot if at all possible,” Hauldren said. “The guards stayed high and we got into it at about 15 or 16 seconds. It’s a play that we’ve run quite a bit and we executed it well.

“Macy was supposed to skip it to Bacon in the slot if it was open and thankfully it was.”