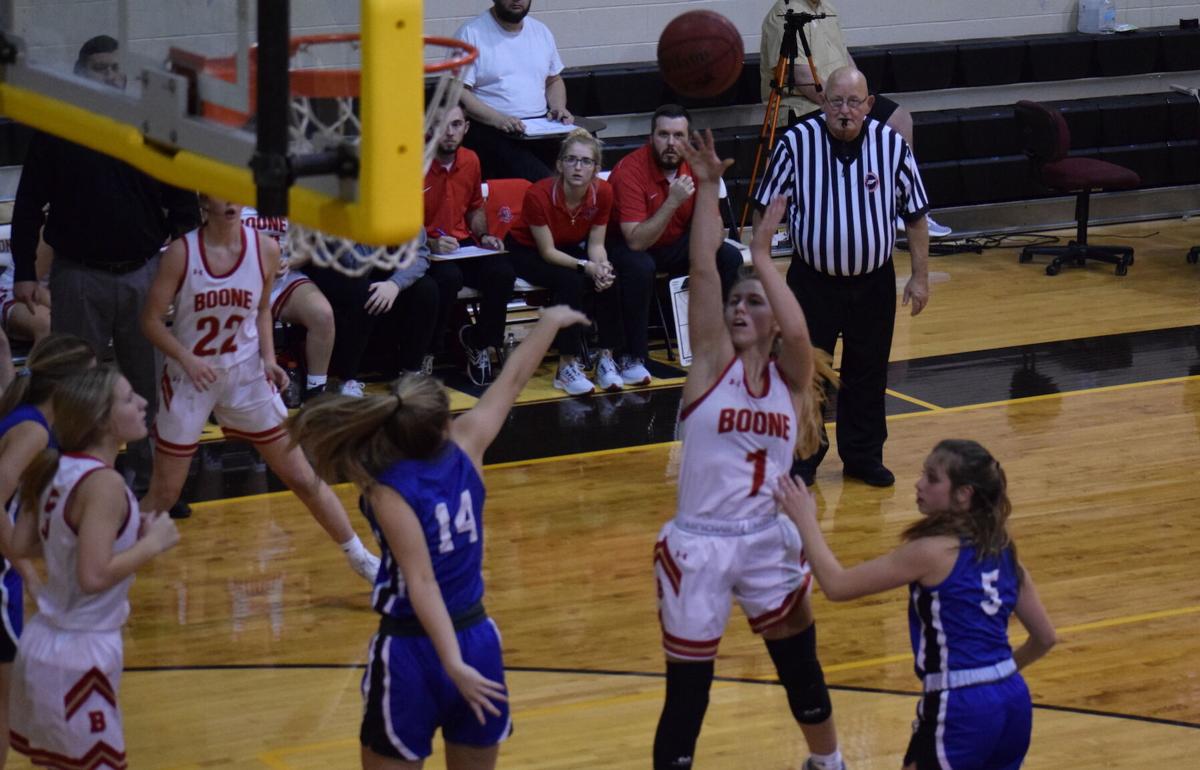 Daniel Boone’s Jayden Riddle goes up for a jump shot against the Unicoi County defense in the second quarter of Monday’s game at the Hardee’s Classic basketball tournament. 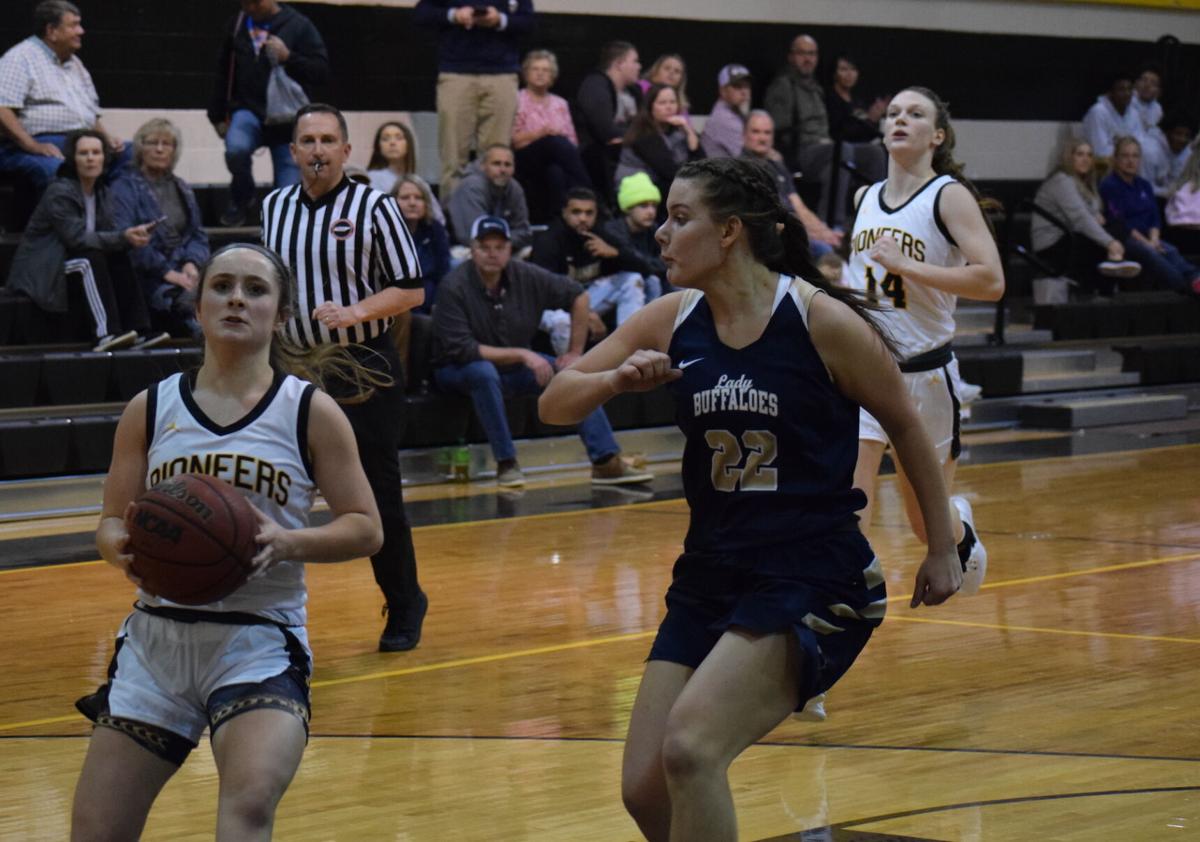 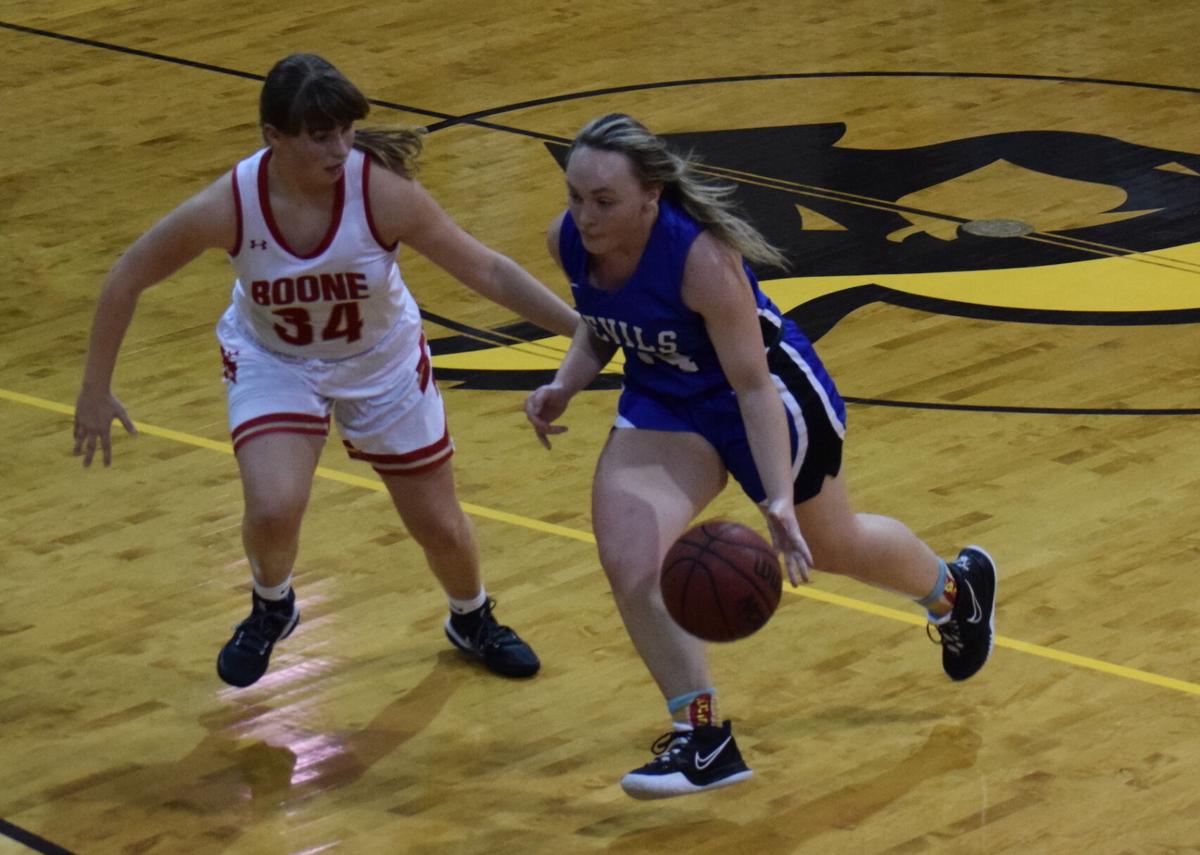 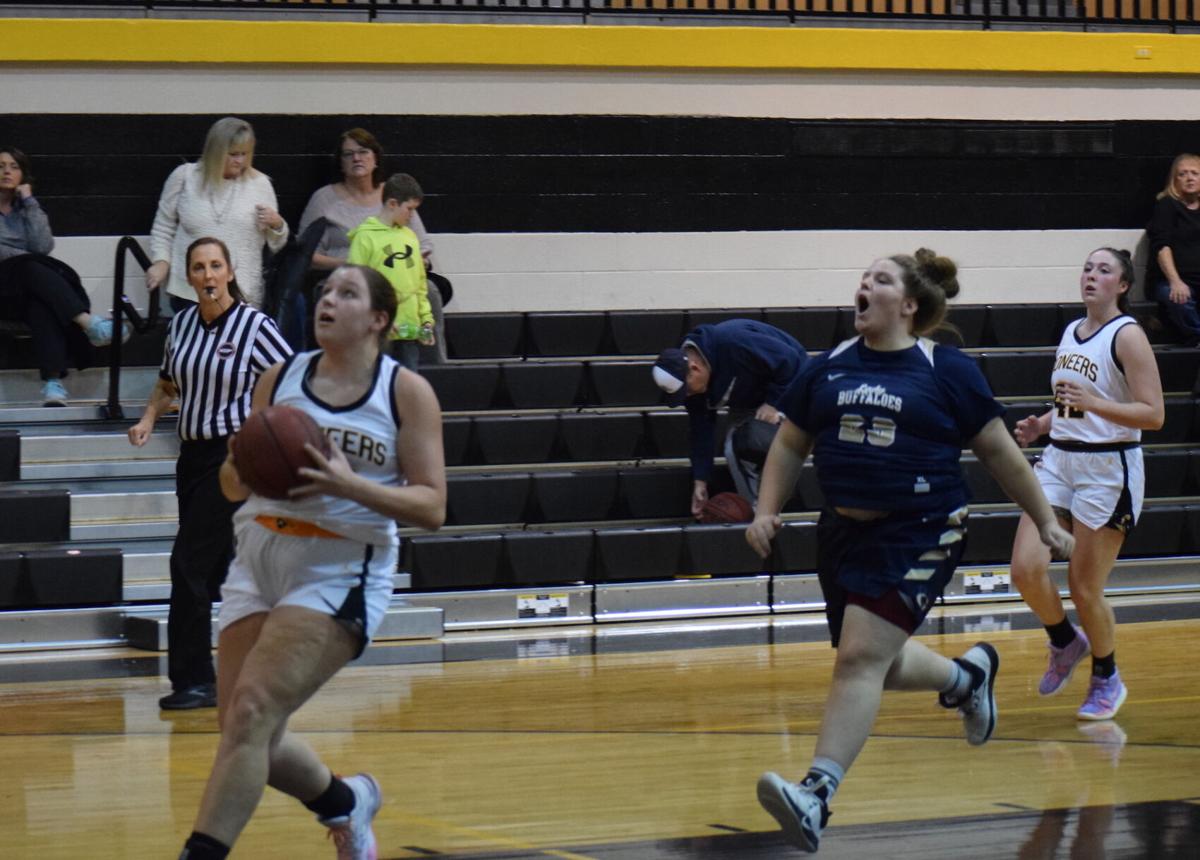 David Crockett’s Kadence Fannon goes in for the layup as West Greene’s Breanna Cloran yells for her to miss.

Daniel Boone’s Jayden Riddle goes up for a jump shot against the Unicoi County defense in the second quarter of Monday’s game at the Hardee’s Classic basketball tournament.

David Crockett’s Kadence Fannon goes in for the layup as West Greene’s Breanna Cloran yells for her to miss.

The Daniel Boone girls survived against Unicoi County and homestanding David Crockett ran roughshod over West Greene on Monday in the opening round of the 32nd annual Hardee’s Classic basketball tournament.

Kyleigh Bacon finished with 12 points, four steals and three assists to lead Daniel Boone in its 54-52 win over the Lady Devils. She was particularly big down the stretch, hitting free throws to clinch the game.

“She’s struggling from the field right now. In the three games we’ve had, she’s like 10 for 50,” Boone coach Beau Hauldren said. “Obviously at the end, we run a play to her. Right now, she’s the alpha on the team and everyone knows she’s the alpha.”

Camryn Sarvis was the next highest scorer for the Lady ’Blazers (2-1) with 11 points. Jayden Riddle and Cassidy Richmond accounted for nine points apiece. Boone’s offense has improved from the previous season, evidenced by the fact the team has scored more than 50 points in all three early games.

Jocelyn Metcalf and Hannah Shelton each hit three shots behind the 3-point arc for Unicoi County. Metcalf led the Lady Devils with a dozen points and Shelton had 11. Laurel Osborne and Faith Bennett each ended with eight.

“We spend a lot of time shooting. We will shoot the first 20-30 minutes of practice,” Unicoi County coach Brandon Broyles said. “It’s something that I value and put a lot of emphasis on because if you can’t score, you can’t win.

“But I can’t fault the kids’ effort. Boone just got some easy baskets in transition, which hurt us. That’s a good basketball team we played. They’ve got kids, athletic and quick, going to play Division 1 softball. It’s another sport, but you have to be a good athlete to play Division 1.”

The tournament host easily overmatched the Lady Buffaloes, scoring the first 11 points of the game and racing out to an 18-3 lead at the end of one quarter. It was 37-12 by the half and 55-18 at the end of three quarters.

“That was a point we made — to hit them early, get them shell-shocked and let our defense carry us,” Crockett coach Thomas Gouge said. “I think we outrebounded them by 15 or so and it started quick.”

“Kadence played great with the double-double and being such a presence inside,” Coach Gouge said. “She’s strong, physical and can finish well. Bella Ferguson had a great night, made some big shots and got the ball where it needed to go.”

Jaelyn West and Fallon Taylor each had big blocks down the stretch as the Lady Wolves held on against the Lady Falcons.

The Wolves’ size proved too much for Volunteer in the end. Jaelyn West paced West Ridge with 12 points and nine rebounds. Emma Niebruegge and Taylor each finished with 10.

Allie Jordan had her nine points from a trio of treys in the first quarter and Taylor came up with four steals.

Audrey Evans was the lone double-digit scorer for Volunteer with 10. Like a straight poker hand, Ava Jackson was next with nine, followed by Kendra Huff with eight, Barton with seven and Naomi Strickland with six.

Cherokee controlled the action throughout, leading 20-9 at the end of one quarter and 37-20 at the half.