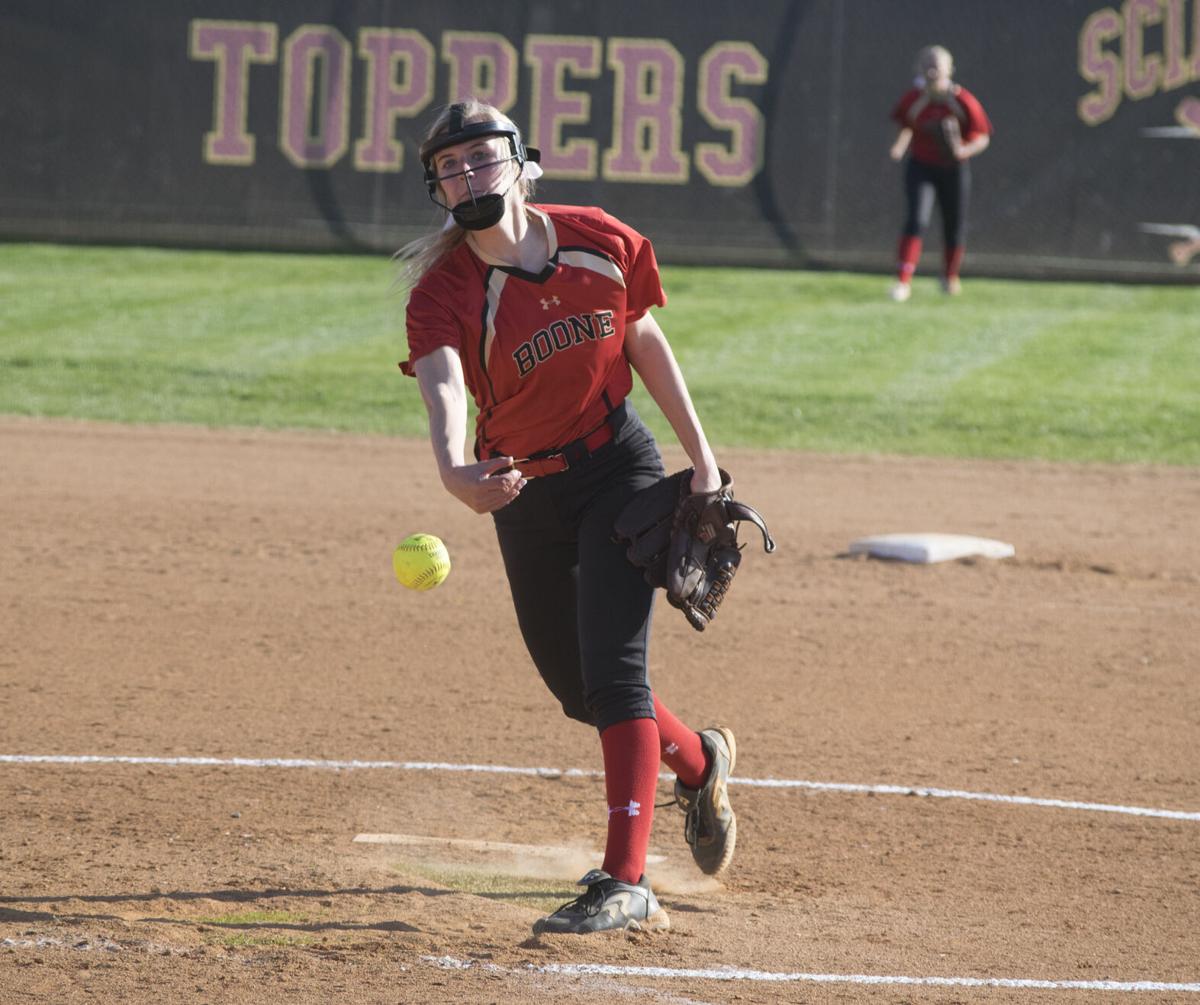 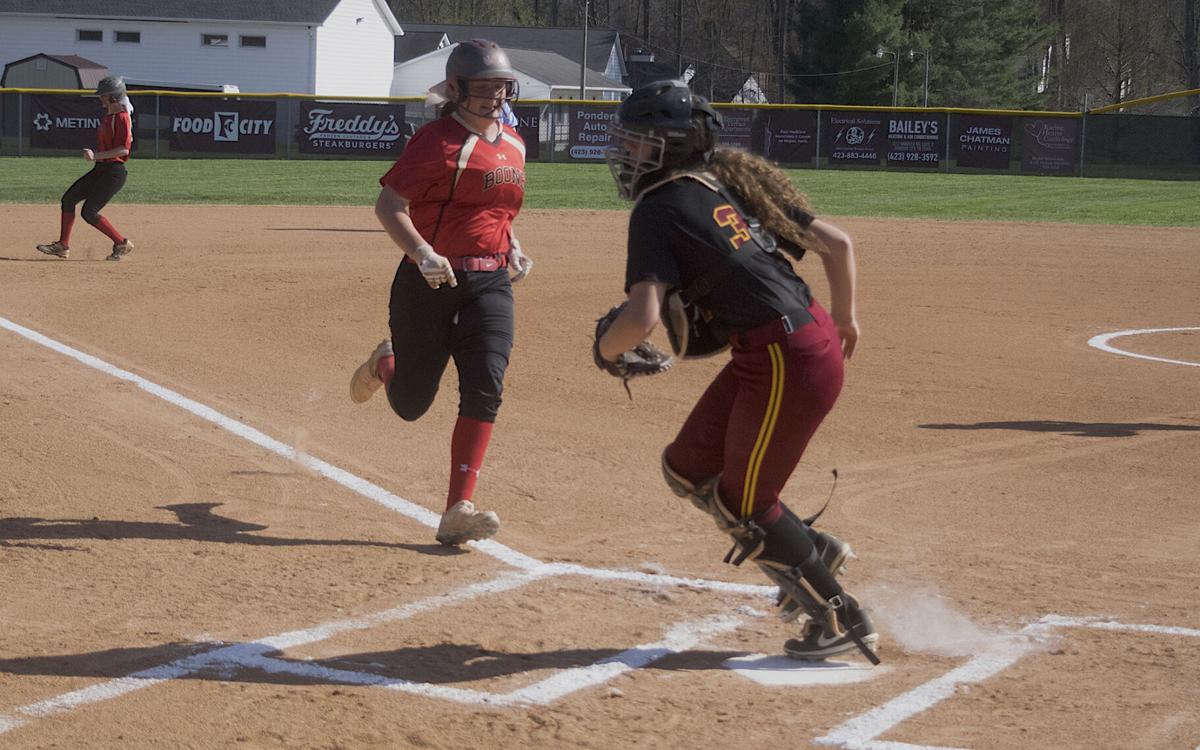 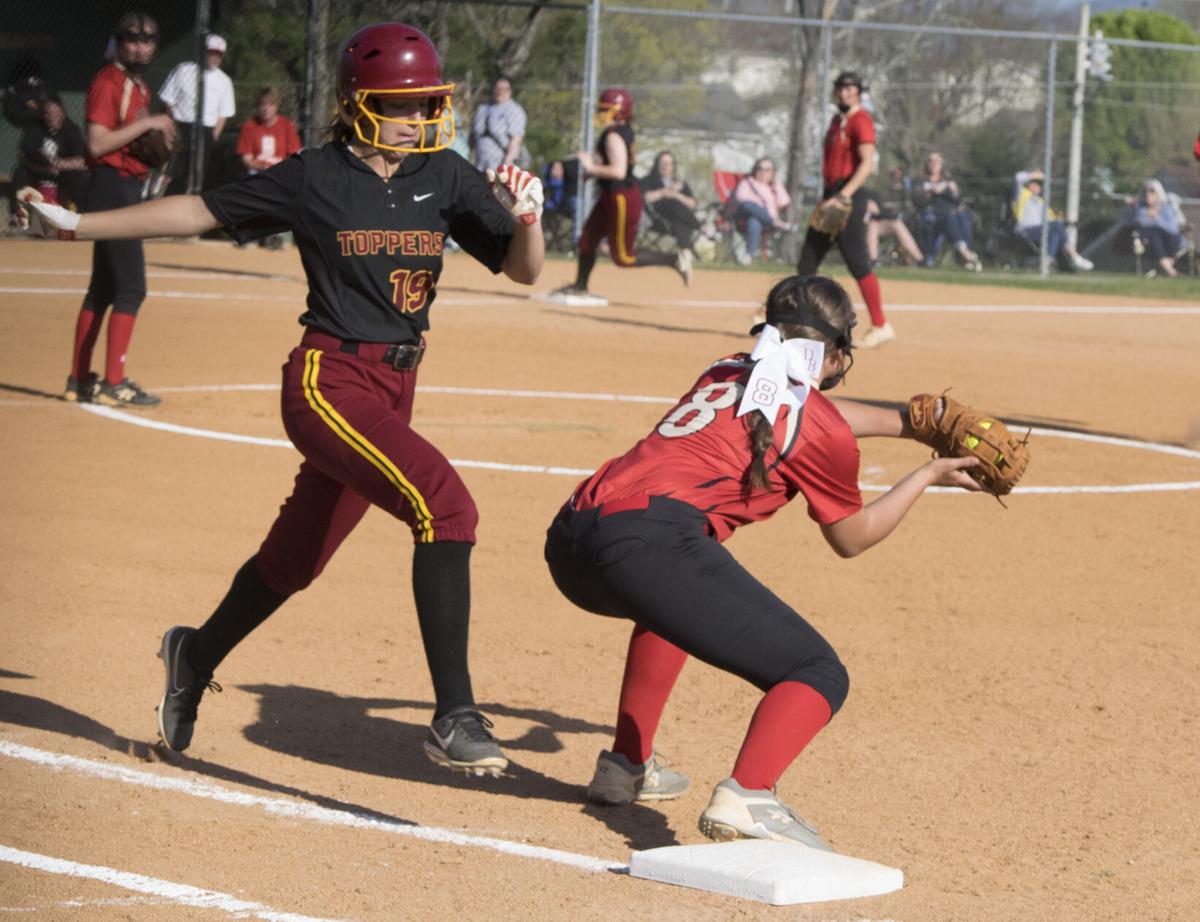 Daniel Boone first baseman Kyleigh Bacon (8) gets the out before Science Hill’s Maddie Holstein (19) can reach base. 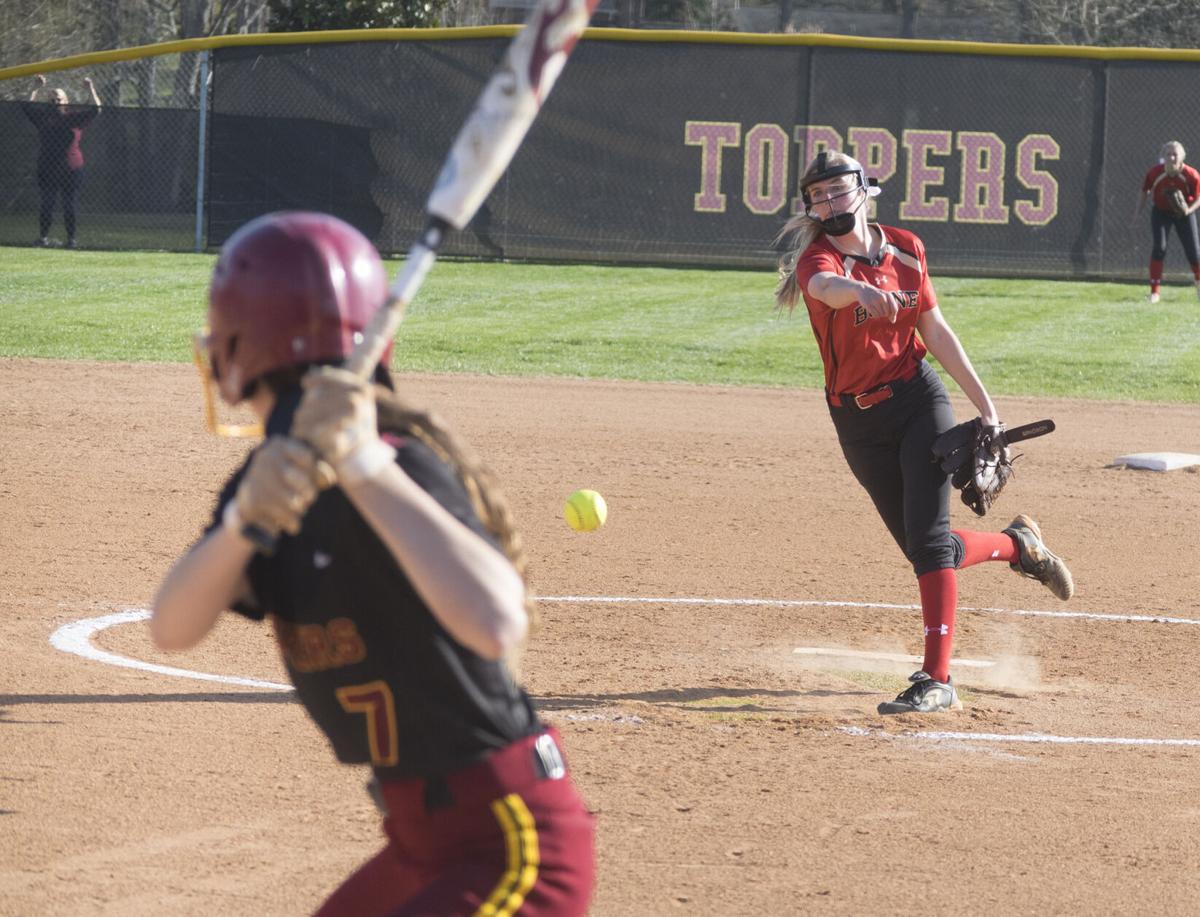 Daniel Boone first baseman Kyleigh Bacon (8) gets the out before Science Hill’s Maddie Holstein (19) can reach base.

The Lady ’Blazers certainly did that in a 9-0 victory over Science Hill at Metro-Kiwanis Park. Hillman was a key component, scattering seven hits over seven innings in the complete-game shutout. She wasn’t overpowering with just two strikeouts, but relied on the defense with shortstop Camryn Sarvis and second baseman Josie Jenkins making a couple of spectacular plays behind her.

“We had a really good day today on the mound and with our defense too,” Hillman said. “We had a good talk earlier today when we were hitting about working together as a team and having fun. They really backed me up today and it makes it easy on me when the defense is on like that.”

Boone (13-3, 3-1) remained one game behind rival David Crockett in the Big Seven Conference race as Hillman improved to 7-1 in the circle.

Science Hill (13-2, 2-2) suffered a major blow when star pitcher Sejal Neas went down in the first inning with a knee injury. Hitting a ground ball, Neas came down awkwardly as she raced toward first base. Still hurting, she left the field in the third inning.

Bree Presnell took over pitching duties in the second inning. She suffered the loss, although there wasn’t any run support.

“I said the other day (when Science Hill beat D-B) if the other team doesn’t score, they don’t win. It works both ways,” Science Hill coach Jerry Higgins said. “Sejal went down, but you still have to play because the game doesn’t stop. We just didn’t score.”

On the other hand, Boone got all the offense it needed.

Emma Robinette crushed a two-run home run, her sixth of the season. She also contributed an RBI single, a sacrifice bunt and two runs.

McKenna Dietz hit a solo home run near the same spot as Robinette’s for her second round-tripper of the season. She also scored two runs as did Maci Masters and Sarvis, who went 3-for-5 at the plate.

Kyleigh Bacon’s productive day included going 3-for-3 with a walk and three RBIs. Boone coach Jeremy Jenkins said Monday’s performance was an extension of his team’s play in the Upper Cumberland Classic tournament over the weekend.

“We’ve been hitting the ball well and we gave up five runs in three games this past weekend,” Jenkins said. “Maggie has been leading the way for us. She’s doing a good job getting ahead in the count and the girls have done a good job catching balls behind her. I thought from top to bottom, we played a pretty clean game.”

Science Hill, which got two hits each from Pridemore, Glaspie and Brynee Goines, will try to return to the win column Tuesday at Volunteer. Daniel Boone hosts Cherokee in another Big Seven matchup.