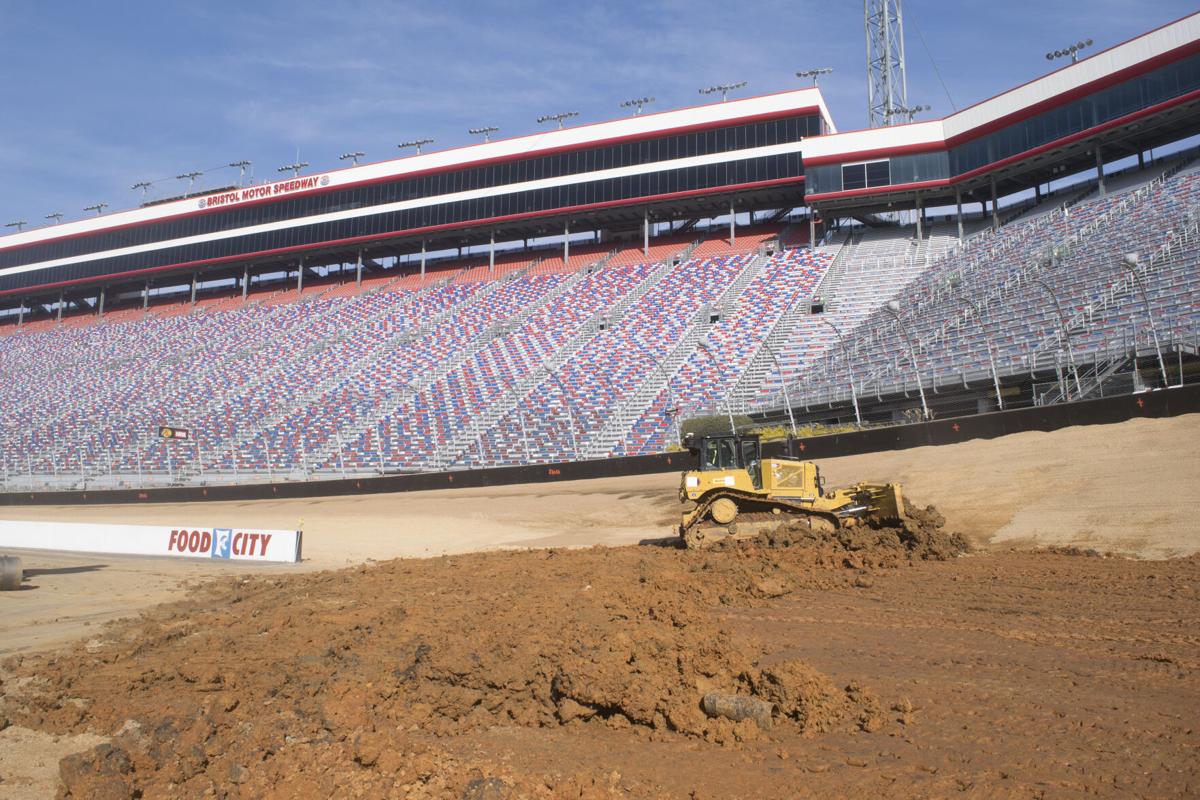 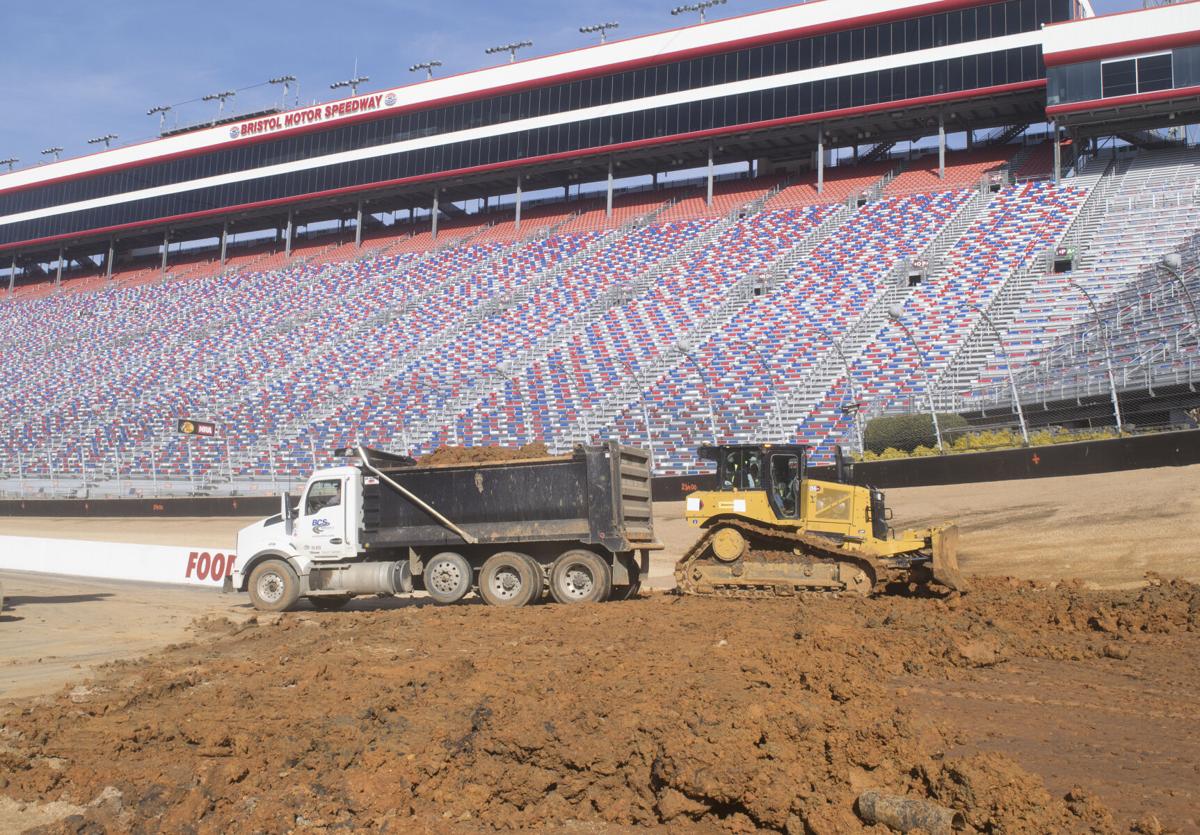 A dump truck from Baker Construction Services brings in a load of dirt for the Bristol Motor Speedway racing surface. 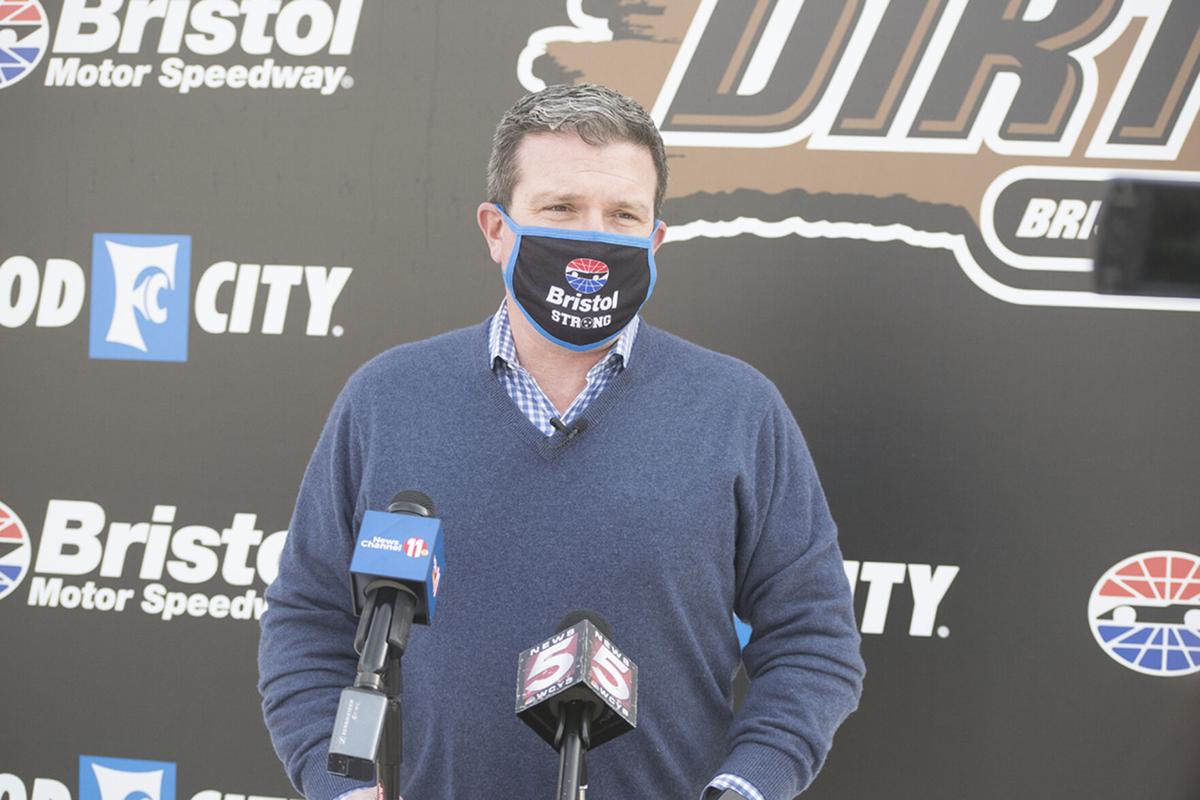 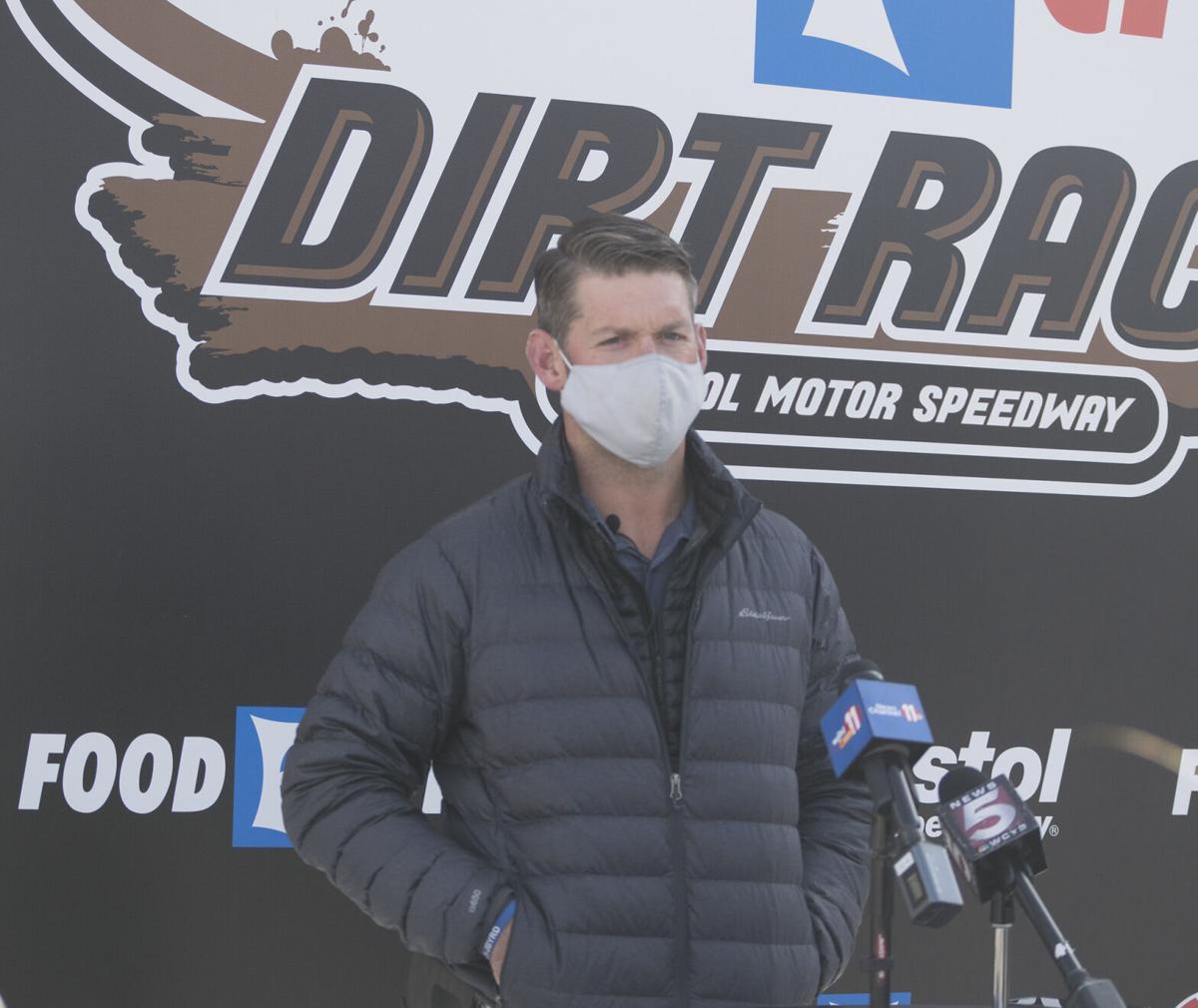 A dump truck from Baker Construction Services brings in a load of dirt for the Bristol Motor Speedway racing surface.

BRISTOL — Now covered in sawdust, the first loads of dirt have been dumped on Bristol Motor Speedway in preparation for the NASCAR Cup Series Food City Dirt Race on March 28.

It’s part of the massive transformation from a concrete track with 28-degree turns to a dirt track with 19-degree banking.

The response from NASCAR fans have been overwhelming with socially distanced grandstand tickets for the race, the first Cup Series race on dirt since September 1970, already sold out.

BMS Executive Vice President and General Manager Jerry Caldwell has seen a tremendous amount of interest from the fans into all aspects of preparing for the race.

“We’ve seen a ton of fans at their homes clicking on the cam to see what’s going on,” Caldwell said Thursday at a press conference at the track’s victory lane. “They’re so interested to see how this place changes. It’s a testament to Bristol Motor Speedway. Whether it was a dirt track 20 years ago, hosting a football game or the largest NASCAR events, and now turning back to the dirt, it’s special, something people want to see.”

Ticket sales have been brisk with BMS reaching socially distanced grandstand capacity one week ago. Other events like the NASCAR Pinty’s Truck race, the Bristol Dirt Nationals for eight different classes of cars and World of Outlaws Late Model and Sprint Car races have also drawn huge interest.

“We’ve been blown away by the response,” Caldwell said. “Whenever we opened up for the Bristol Dirt Nationals the week before the Food City Dirt Race, they filled it up with 1,200 cars. The event was full from a participant standpoint in less than 12 hours. That speaks to the excitement of that.”

Caldwell didn’t give a total number, but said the crowd will be in excess of 30,000 for the Food City Dirt Race. He also expected the Pinty’s Truck Race on March 27 to be at capacity.

“I believe we will reach a sell out. Tickets are going very well,” Caldwell said. “When’s the last time anyone had back-to-back sell outs on a NASCAR weekend?”

Steve Swift, Speedway Motorsports senior vice president of operations and development, also met with the local media to discuss the process in transforming the track.

He explained the base of sawdust and dirt varies in thickness before the top layer of dirt is installed. The thickest fills will be 9-10 feet with the end product a track with the 19-degree banking.

With the smaller banking meaning slower speeds, the safer barriers have been removed from the track. As for the infield, the pits will remain paved.

Swift talked about the challenges of doing such a project in the winter months.

“Naturally, it’s never a great time to place dirt in the middle of winter fighting the rain and snow,” Swift said. “We’ve been blessed with great weather this week. We’re on schedule and moving forward.”

Swift and his team estimated a four-week period for the transformation. They’ve built in extra time for delays with the Bristol Dirt Nationals still two months away.

In addition, a partner in the project is Baker Construction Services, which hauled in materials the last time BMS was transformed to a dirt track in the early 2000’s. There’s also plenty of support throughout the dirt-racing community.

“As a company, we have three dirt tracks at Charlotte, Las Vegas and Texas, so we have some background in dirt,” Swift said. “None of them have the concrete underneath like the “World’s Fastest Half-Mile,” so that makes it more difficult.

“But, we’ve had so many of the local tracks from Maryville, Seymour, Bulls Gap and Wytheville reach out to us. We’ve also reached out to groups from California, Ohio, Missouri, different places. It’s not only big for us, it’s a big win for the dirt world.”