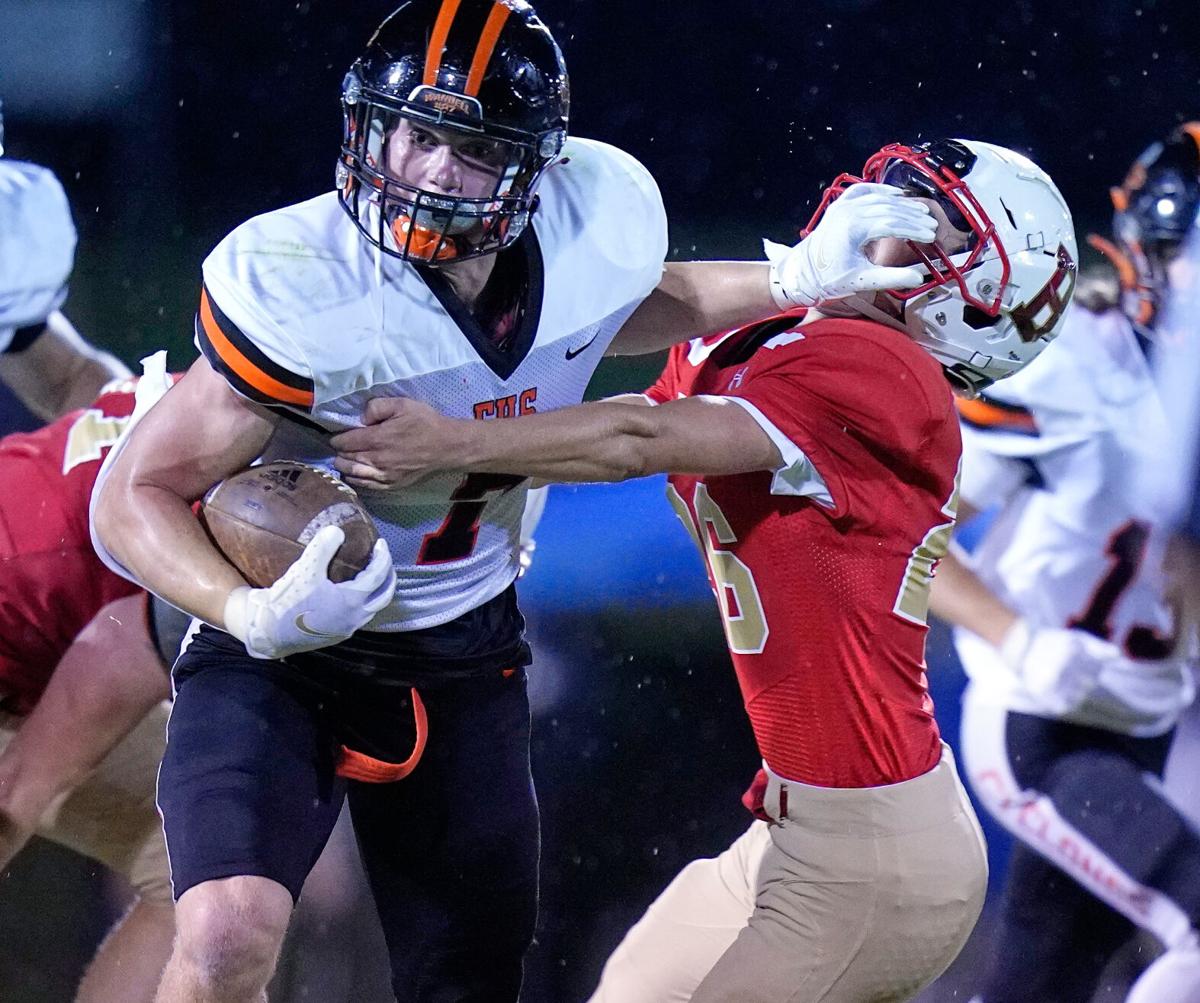 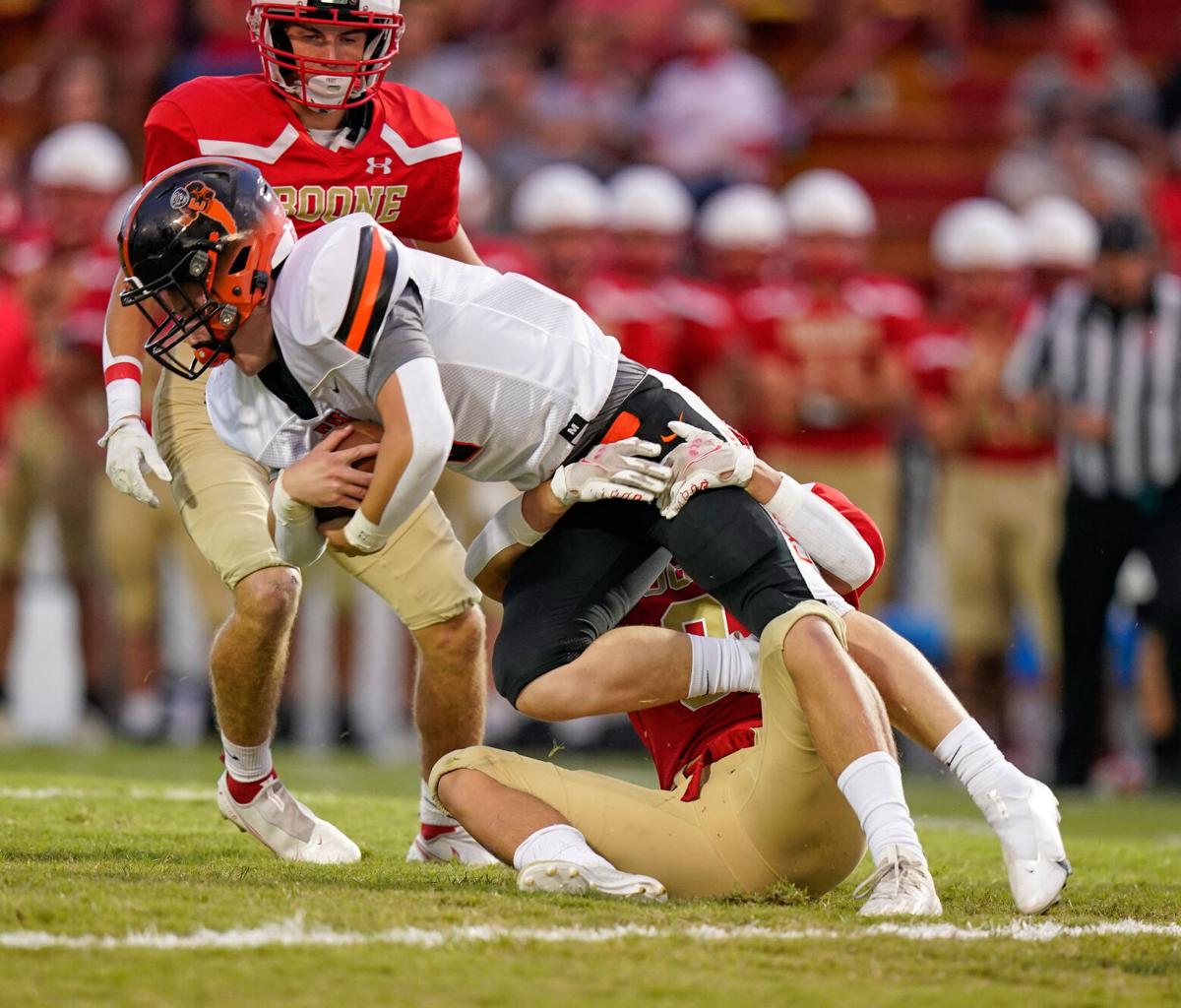 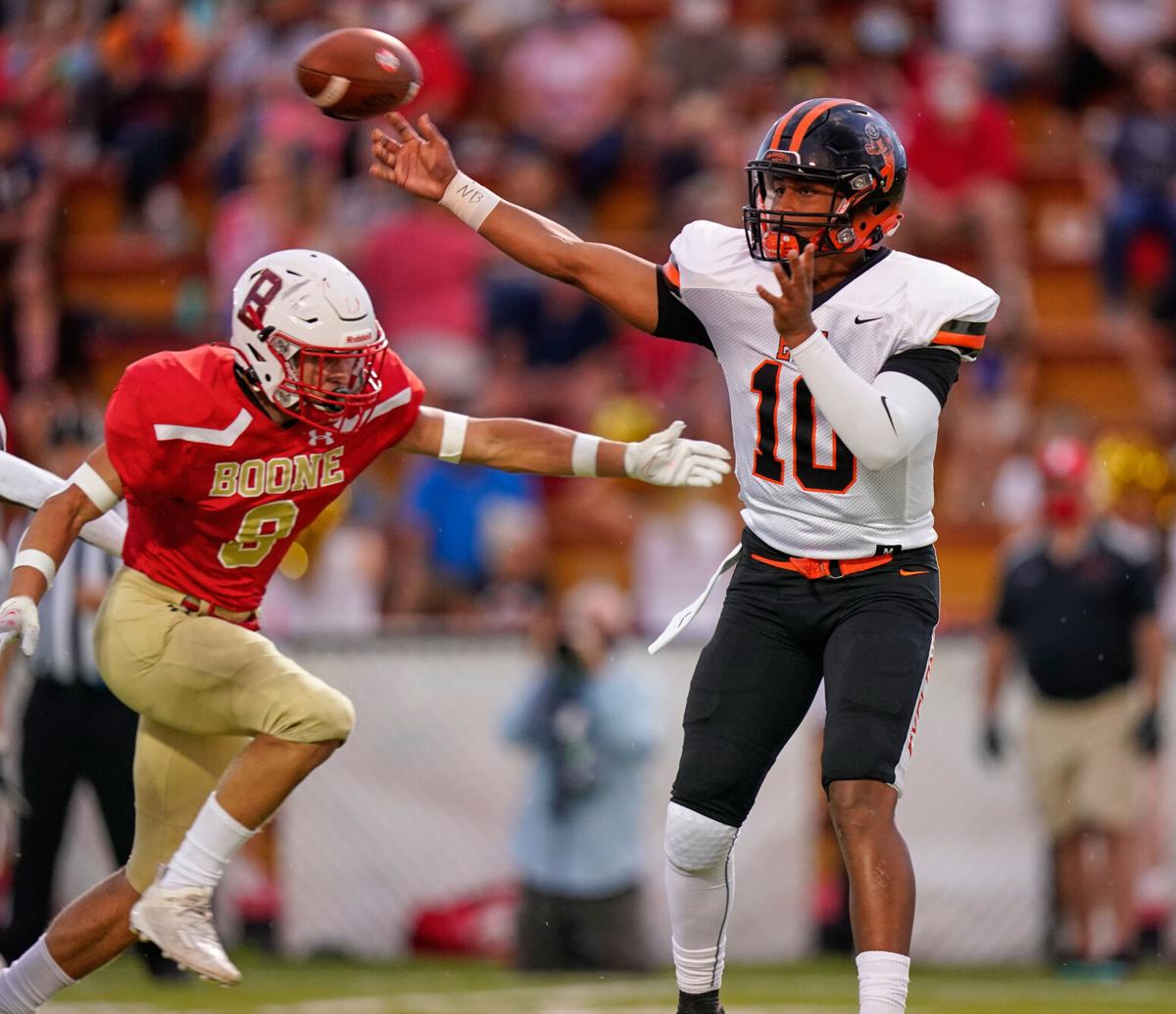 Elizabethton's Bryson Rollins (10) goes to the air in the first half (Todd Brase photo). 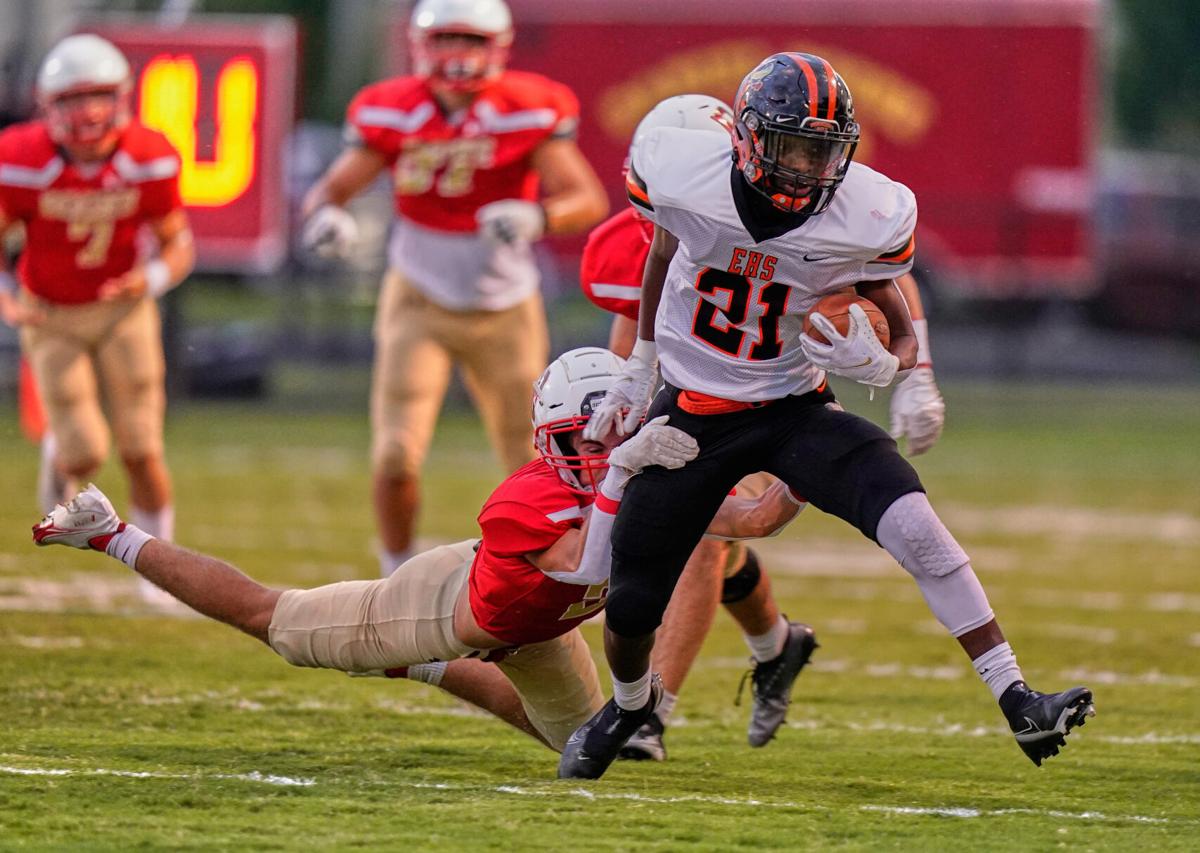 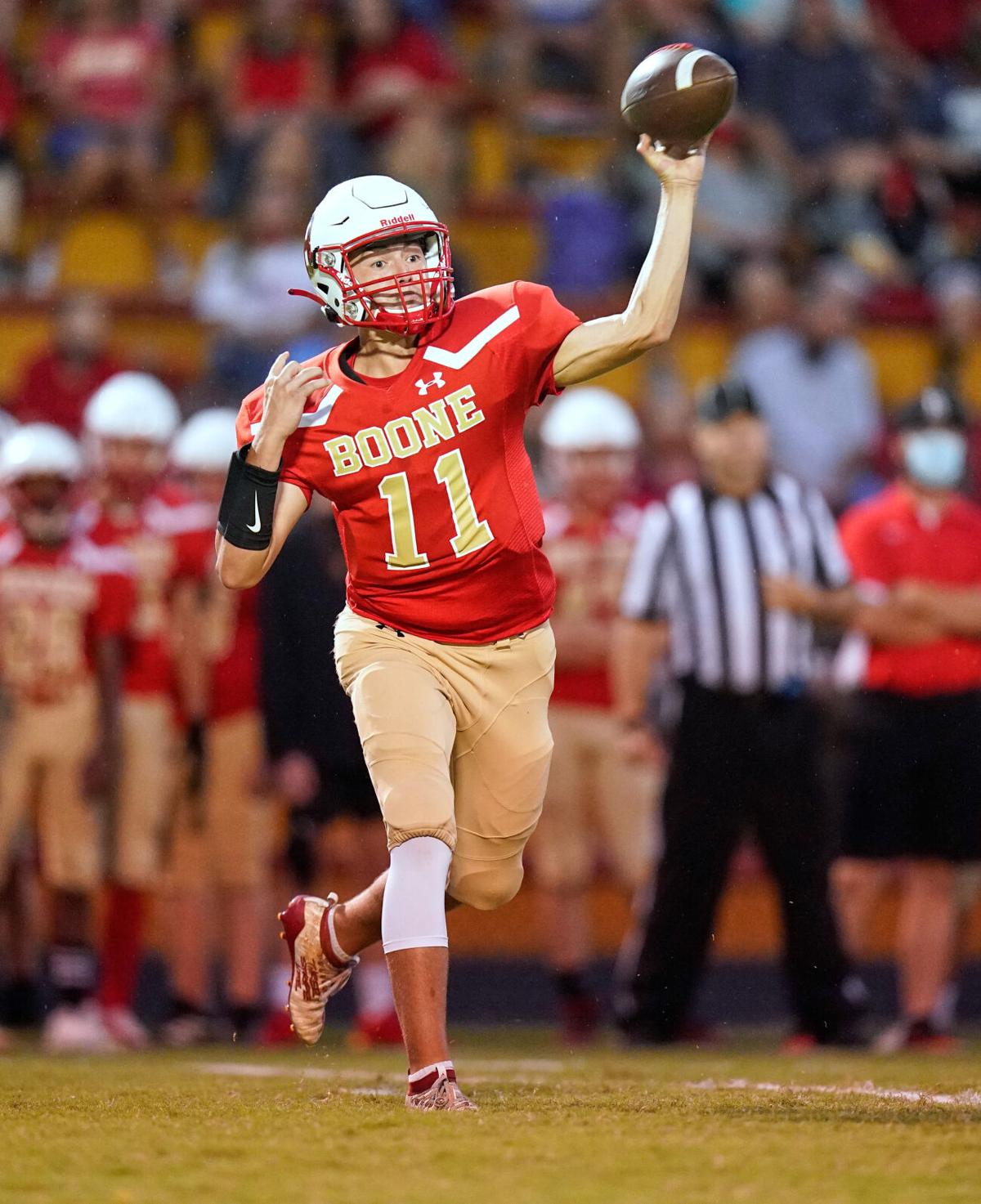 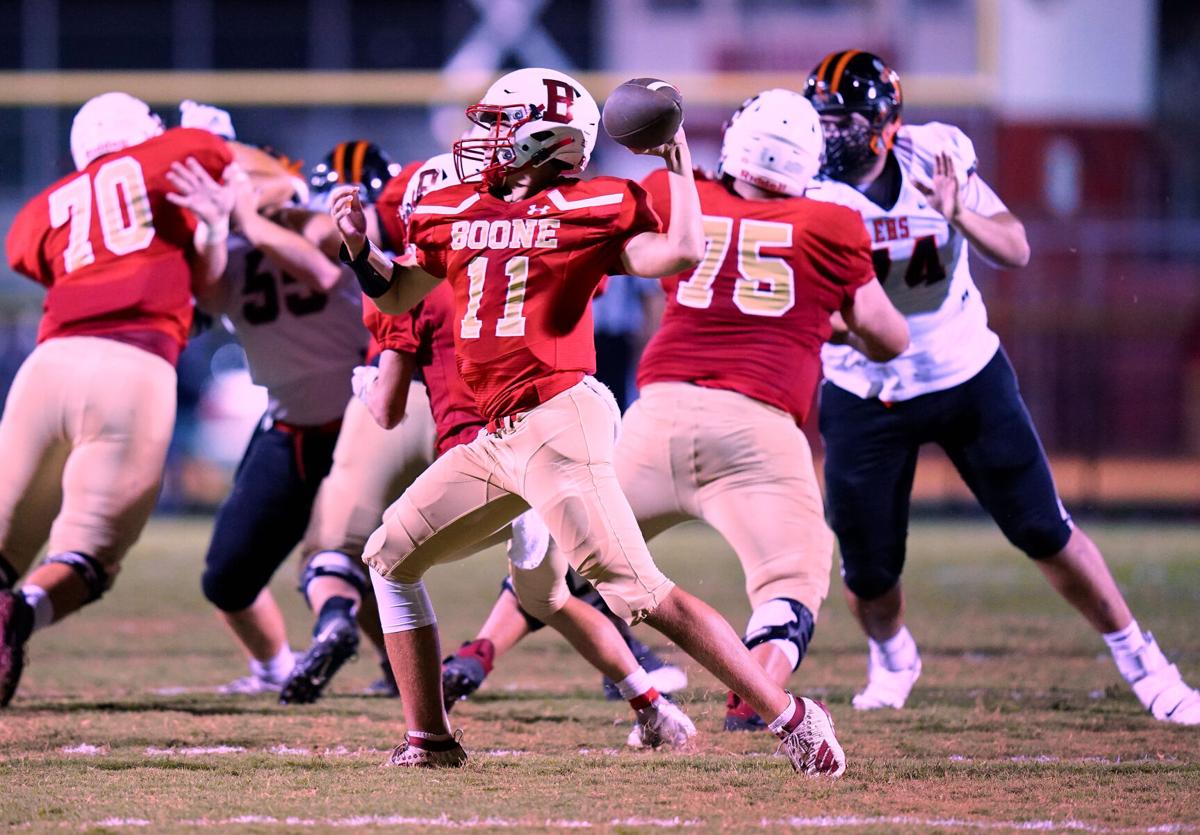 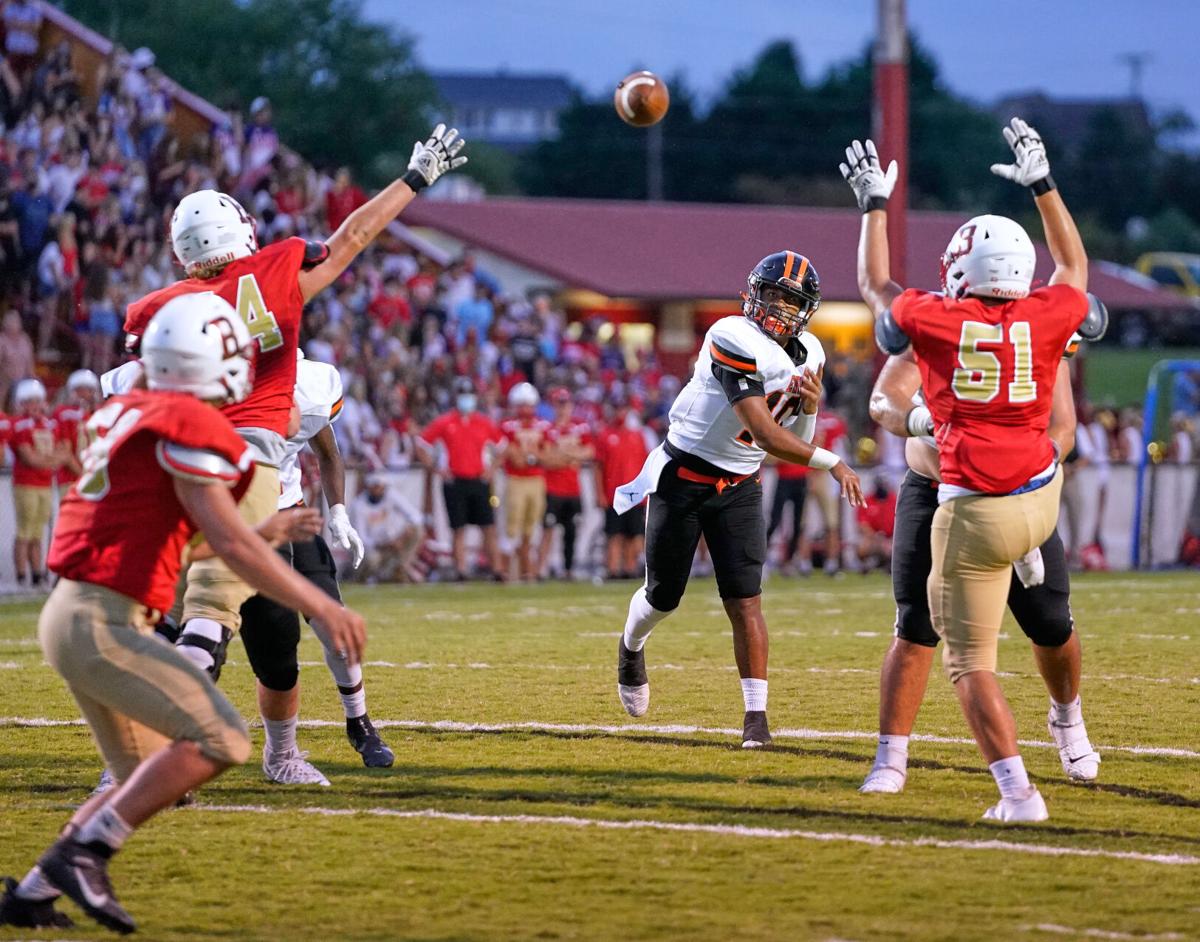 Elizabethton's Bryson Rollins finds a passing lane into the end zone only to have to pass broken up by Daniel Boone's defense. (Todd Brase photo) 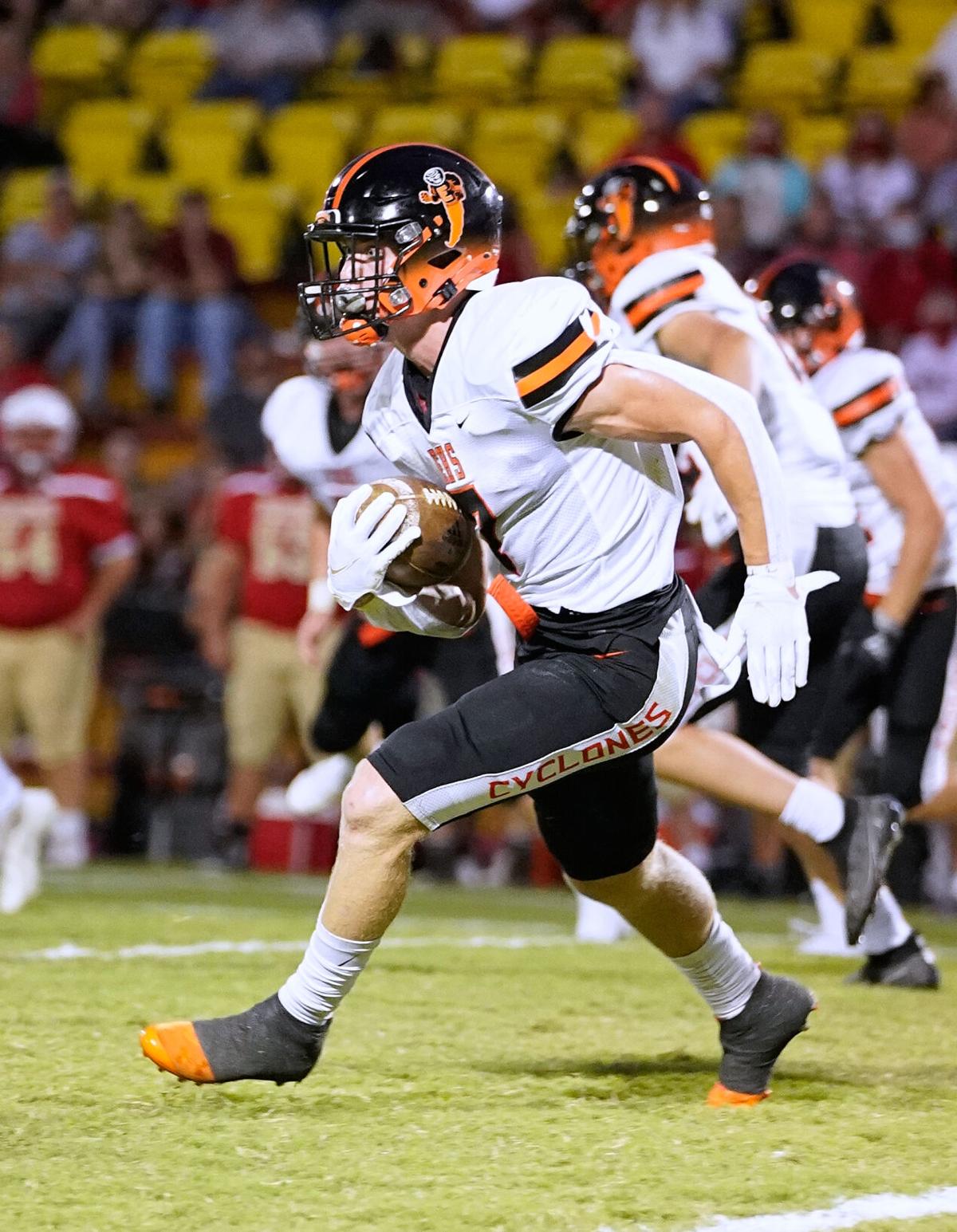 Elizabethton's Bryson Rollins (10) goes to the air in the first half (Todd Brase photo).

Elizabethton's Bryson Rollins finds a passing lane into the end zone only to have to pass broken up by Daniel Boone's defense. (Todd Brase photo)

A senior money player of epic proportions, Hughes blocked a 23-yard field goal with 53 seconds to play, enabling the Cyclones to win their 18th straight football game with a 23-21 non-conference decision over broken-hearted Daniel Boone.

“Their kid made a play there in the end,” said Boone coach Jeremy Jenkins. “Heck, number 7 (Hughes) was the playmaker all night.

“He blocked the kick, he caught those two touchdown passes and he even threw the block that sprung the kid on their other TD. He’s the best player in the area and we knew it coming in, yet he still showed everything that he’s got.”

Boone (1-3) was on the cusp of beating the defending Class 4A champion after defensive tackle Aaron Ford intercepted a Will Hamlin deflection of a Bryson Rollins pass and rumbled 25 yards to set up the Trailblazers with a first and 10 at the Elizabethton 25 with 2:40 left to play.

Five handoffs moved the ball to the Cyclone 6 to position Ben Shrewsbury with a chance to fire a fourth-down shot that would’ve been heard around the state.

But Hughes would have nothing of it and flat smothered the kick.

“I knew we had to block it for us to win the game,” the 6-foot-2, 200-pound Hughes said. “I didn’t know if I could get it, but I just used my speed and came across the end and just got to it and blocked it.”

“He’s a great player who’s worked really hard,” Witten said. “He’s a gamer and he wants it. We sent in ‘max block’ and that’s a senior stepping up for us.”

HUGHES, ROLLINS GET IT DONE

Hughes snared Rollins touchdown passes of 12 and 10 yards in the first half to give Elizabethton (3-0) a short-lived 14-7 lead with 8:14 left on the clock.

The wide receiver finished with five receptions for 73 yards and the two scores.

Rollins, meanwhile, completed 14 of 23 passes for the one interception and three TDs. A steady junior signal-caller, Rollins also ran 24 times for 123 yards.

Down 21-17 after Sean Smithdeal made a 24-yard field goal to end the first half, the Cyclones took the lead for good on their first possession of the second half, when Rollins completed a short bubble screen to Jake Roberts, who capitalized on a Hughes block and raced 37 yards to the end zone.

Boone could not have played much better over the first two quarters, matching the ‘Clones step by step (both had just over 200 total yards in the initial half) and gaining its four-point halftime lead when Jackson Jenkins connected with Phillip Page for a 48-yard TD pass with one minute left before intermission.

Jenkins was on target all night, completing 16 of 20 tosses for 124 yards and the one touchdown. Page caught six balls for 67 yards.

The ‘Blazer running game was handled quite well by Brennan Blair, who carried 31 times for a total of 132 yards, scoring on runs of 34 and 13 yards.

Boone shot itself in the foot on more than one occasion with bad center exchanges and botched snaps in shotgun or pistol formations.

“We played so hard and our effort was certainly there,” Coach Jenkins said. “Our first half was outstanding, but our second half we made some mistakes that we just couldn’t overcome.”