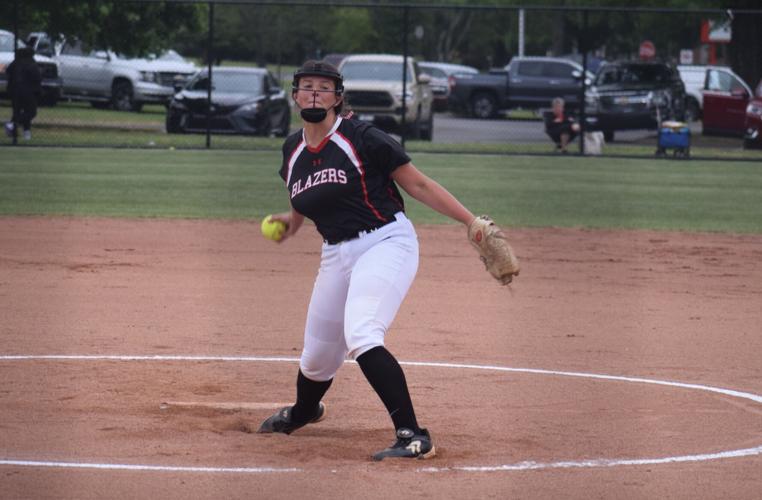 Daniel Boone starter Kayleigh Quesinberry reaches back to throw a pitch for a strike in the first inning of Tuesday’s state playoff game against Clarksville. 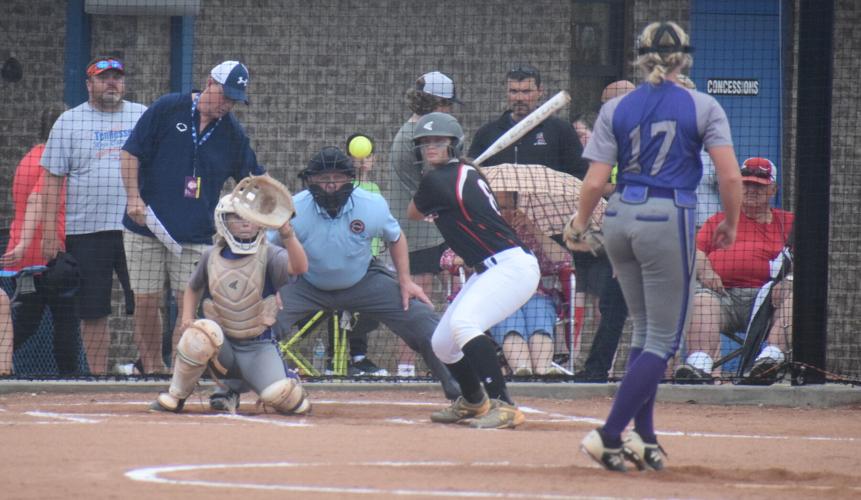 Daniel Boone starter Kayleigh Quesinberry reaches back to throw a pitch for a strike in the first inning of Tuesday’s state playoff game against Clarksville.

Clarksville is nicknamed the Wildcats, but it was Daniel Boone that tried to claw back in Tuesday’s opening round of the TSSAA Class 4A state softball championships.

The Lady ’Blazers fell behind by seven runs before rallying to give themselves a chance in a 9-4 loss at McKnight Park. They cut the lead to just three with runners on base before Clarksville (33-10) added a couple more runs in the bottom of the sixth.

Boone (35-9) will now face Summit (20-12) in a losers’ bracket game Wednesday at 12:30 p.m. The Lady ’Blazers head coach felt Clarksville pitcher Emberly Nichols did a good job keeping them off balance. Nichols ended with nine strikeouts, but was particularly effective at the start of the game with three no-hit innings.

“We knew coming down here we were going to face some quality pitching and she was really good,” Daniel Boone coach Jeremy Jenkins said. “I thought we competed in the box one inning. Other than that, we had worked on it two days about laying off the high stuff and being selective at the plate. Tonight, she was better than we were.”

Clarksville was able to hit the gaps and also bunted effectively. The Wildcats scored three runs by the squeeze play.

Daniel Boone came to life in the fourth inning as Brylee Mesusan led off with a bunt single. Audrey Moorhouse singled the next at-bat and Kayleigh Quesinberry delivered an RBI double. The Lady ’Blazers weren’t able to push more runs across, leaving them with a six-run deficit.

They weren’t finished, however, as they plated three more in the fifth to cut the lead to 7-4. Quesinberry was hit by a pitch with bases loaded. Maci Masters added a sacrifice fly to left field and Savannah Jessee followed with a RBI single.

Quesinberry, who suffered the loss in the circle, produced two RBIs. Ava Saul went 2-for-3 at the plate.

“I thought our pitchers attacked the zone, but they hit the ball and forced us to make some plays,” Jenkins said. “They executed at a high level, executed better than we did. It’s a one-game season now. We’ve made it a little harder now. If we win against Summit, we stay alive. If we don’t, we don’t.”

If Daniel Boone is able to get by Summit, it will have a 6:30 p.m. game against the loser of Springfield and Farragut.