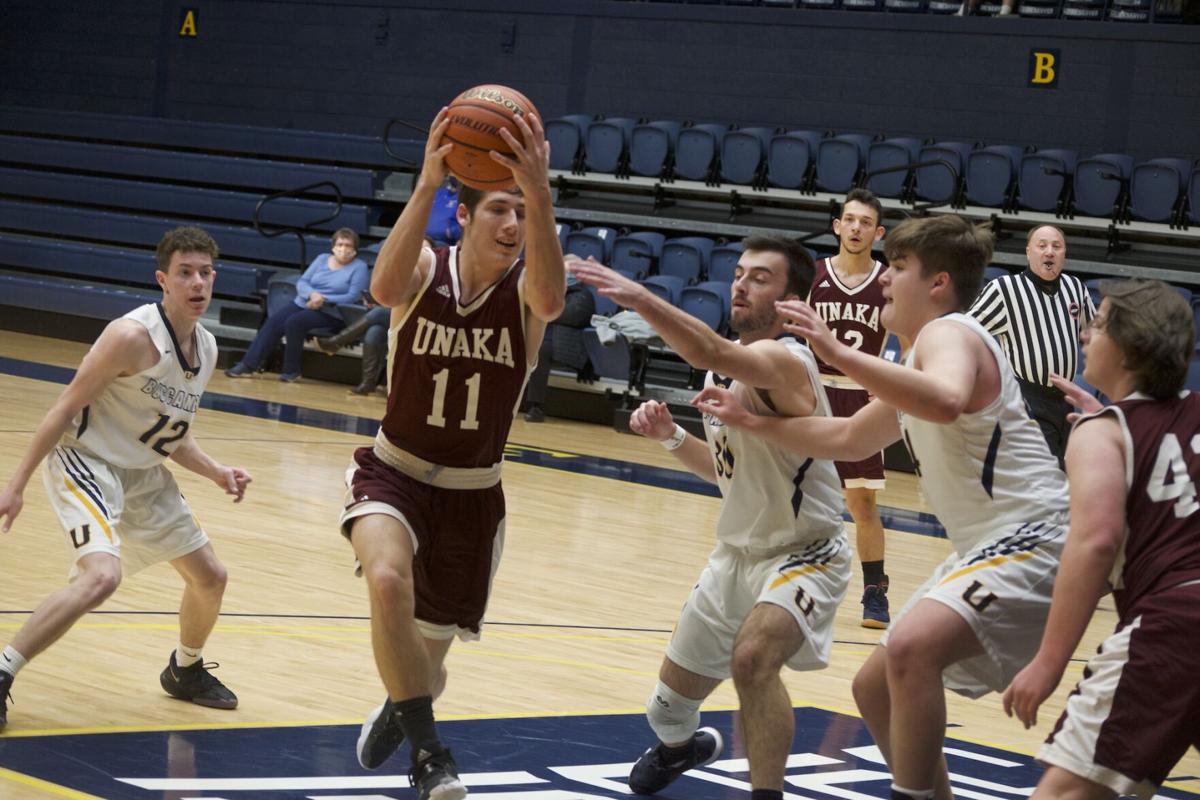 Unaka’s Will Sexton, left, drives into the teeth of the University High defense Friday. Sexton scored 33 of the Rangers’ 50 points in the win. 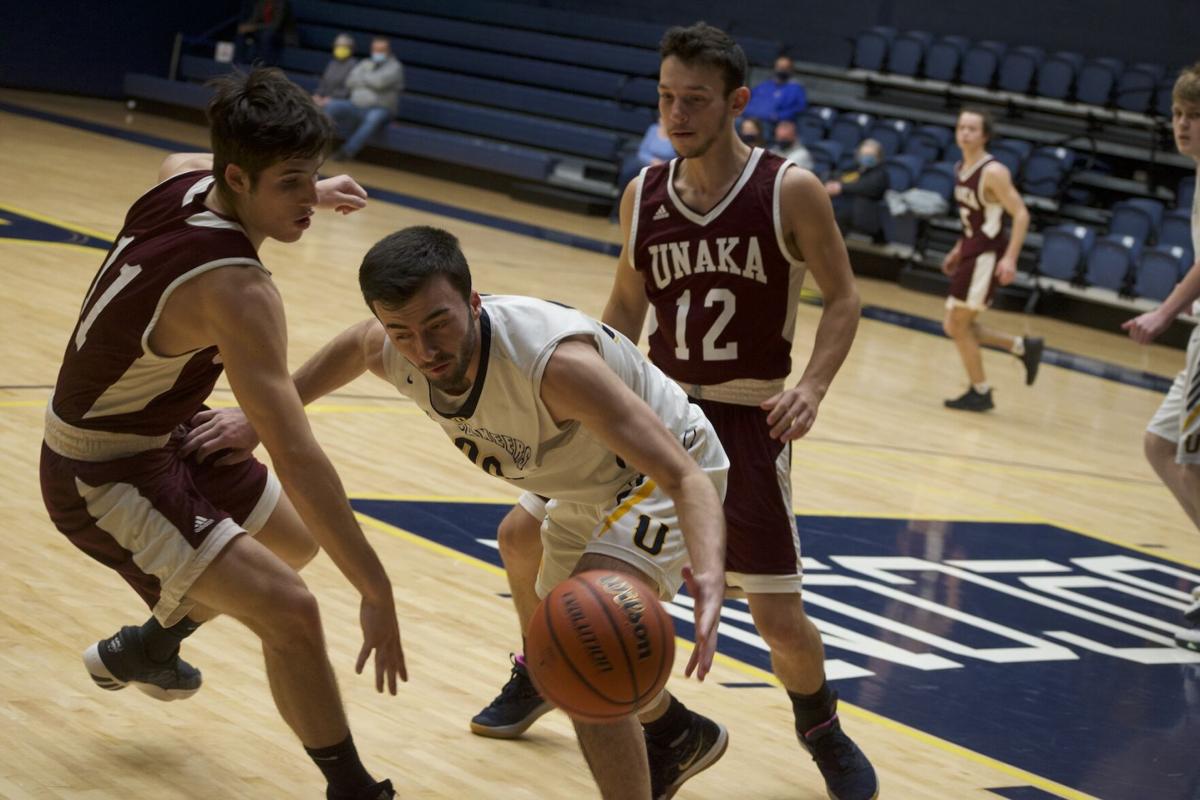 University High’s Kaleb Meredith (30) and Unaka’s Will Sexton (11) go after a loose ball in the first half of Friday’s District 1-A quarterfinal. 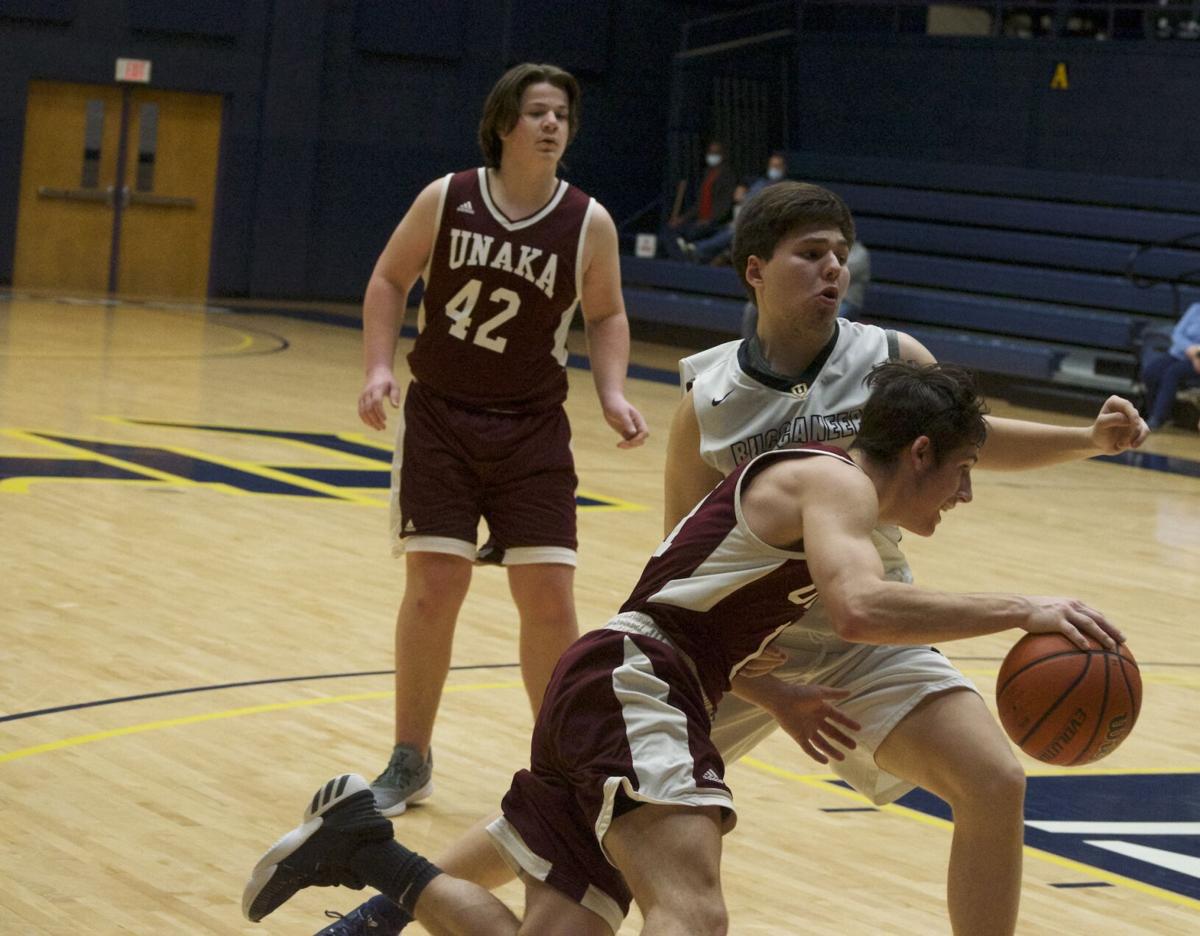 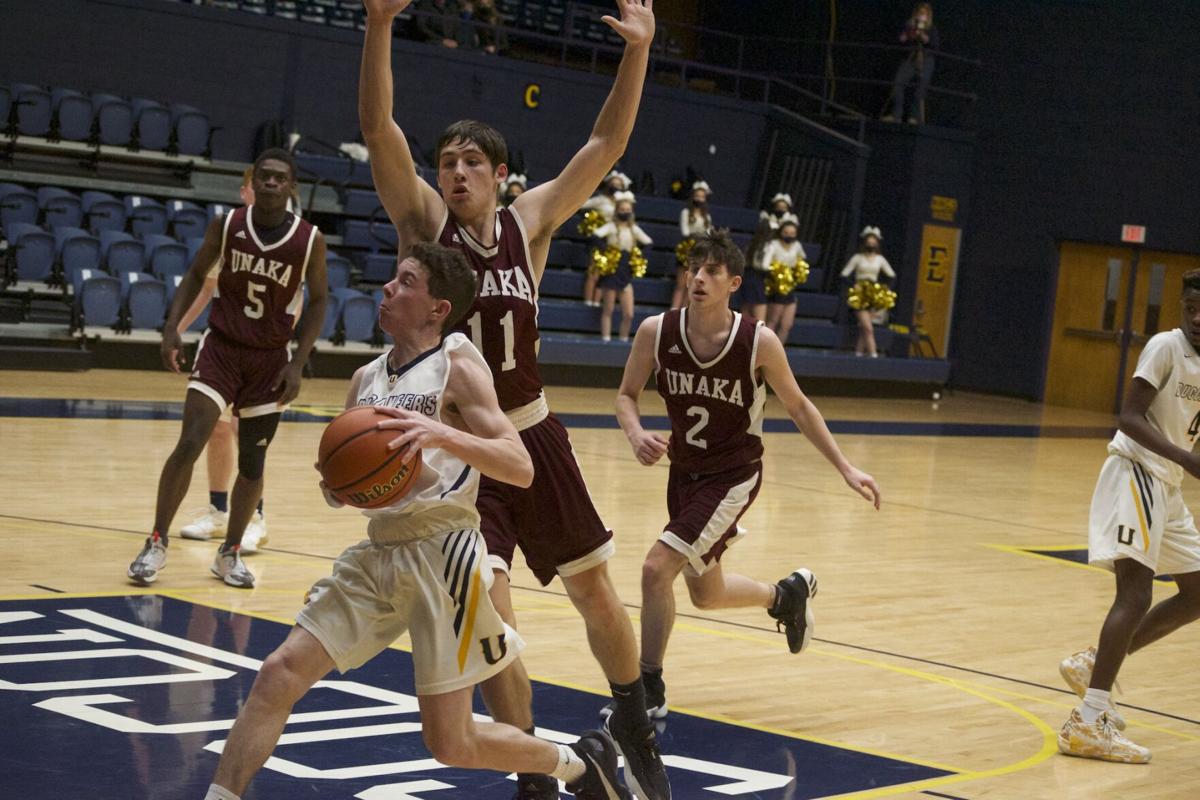 University High's John Carter drives to the basket as Unaka's Will Sexton defends. 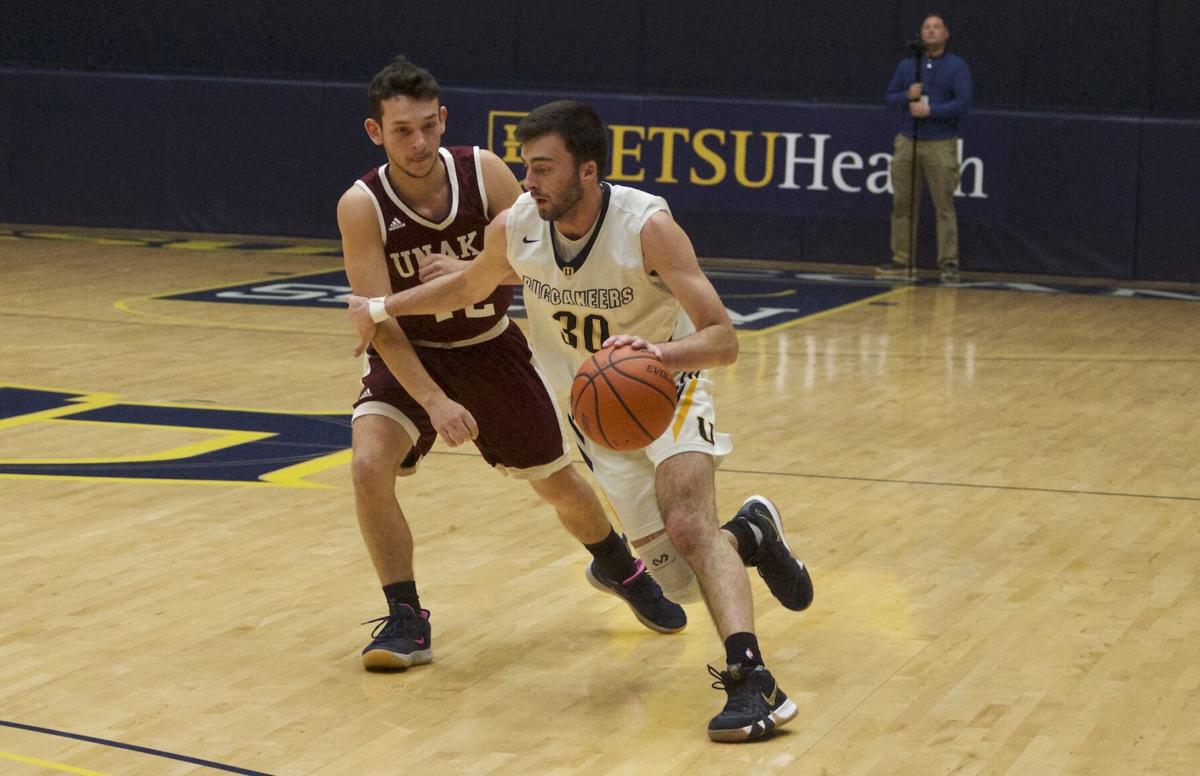 Unaka’s Will Sexton, left, drives into the teeth of the University High defense Friday. Sexton scored 33 of the Rangers’ 50 points in the win.

University High’s Kaleb Meredith (30) and Unaka’s Will Sexton (11) go after a loose ball in the first half of Friday’s District 1-A quarterfinal.

University High's John Carter drives to the basket as Unaka's Will Sexton defends.

Will Sexton proved there was more than one all-star player on the court Friday night.

The Unaka guard torched the nets for 33 points to lead the Rangers to a 50-45 victory over University High in the District 1-A basketball tournament at Brooks Gym.

He was able to slice through the Bucs’ defense often in the second and third quarters. He added to the total by hitting a trio of 3-point baskets.

“(Kaleb) Meredith is a great player, but Will is a gamer too,” Unaka coach Aaron Dugger said. “Big games, he comes through for us. He’s the hardest working kid I’ve ever coached. For him to take the game over, that’s what it’s supposed to be.”

Sexton added, “That’s a good win for our whole program. Year-in and year-out, we’ve played them and they’ve sent a lot of our seniors home.”

Unaka (7-18) will go on the road to face top-seed North Greene in Saturday’s semifinal round.

While Sexton was lighting it up, the Unaka defense focused on Meredith, University High’s all-state guard who was honored before the game as the third-leading scorer in Northeast Tennessee history.

Facing constant double teams, Meredith was held to two points in the first half. He bounced back to finish with a team-best 18 points in an end to his brilliant high school career.

“He’s been the face of the program during his time here,” University High coach Herman Rice said. “He doesn’t draw a lot of attention to himself, but he just goes out and plays. He’s the ideal coach’s player, the hardest worker in practice and does everything you ask him to do. My heart breaks for him because it shouldn’t have ended this way.”

Getting revenge for a 14-point loss a week earlier, Dugger talked about the defensive effort against Meredith

“My kids did a great job, but what can you say about him? I’ve been coaching for 14 years and I’ve never been so afraid of one player,” Dugger said. “He can beat you by himself. He’s that talented. Look what he did in the second half.”

Hank Stott totaled nine points and Jacob Pealer added seven for the Bucs, who ended their season at 10-13. Rice lamented University High’s slow start. They trailed 9-8 at the end of the first quarter after a 3-pointer by Unaka’s Joseph Slagle.

They fell behind by double digits in the second quarter before a trey by A.J. Murphy and a free throw by John Carter pulled them within 26-19 at halftime.

“We knew what they were going to do and prepared for it, but we just didn’t guard them,” Rice said. “I told the kids at the end of the game, it breaks my heart for Kaleb and Ben (Vargo), our seniors — but you can’t play half a game in tournament play.”

Still, University High rallied to take the lead in a nip-and-tuck fourth quarter. The Rangers finally gained control at the end as Joe-Z Blamo iced the game with four free throws in the final 24 seconds as part of his 10-point performance.

“For a sophomore, he’s played well all year long,” Dugger said about Blamo. “We have a lot of faith in him and I’m proud of him. This was a good program win for us.”