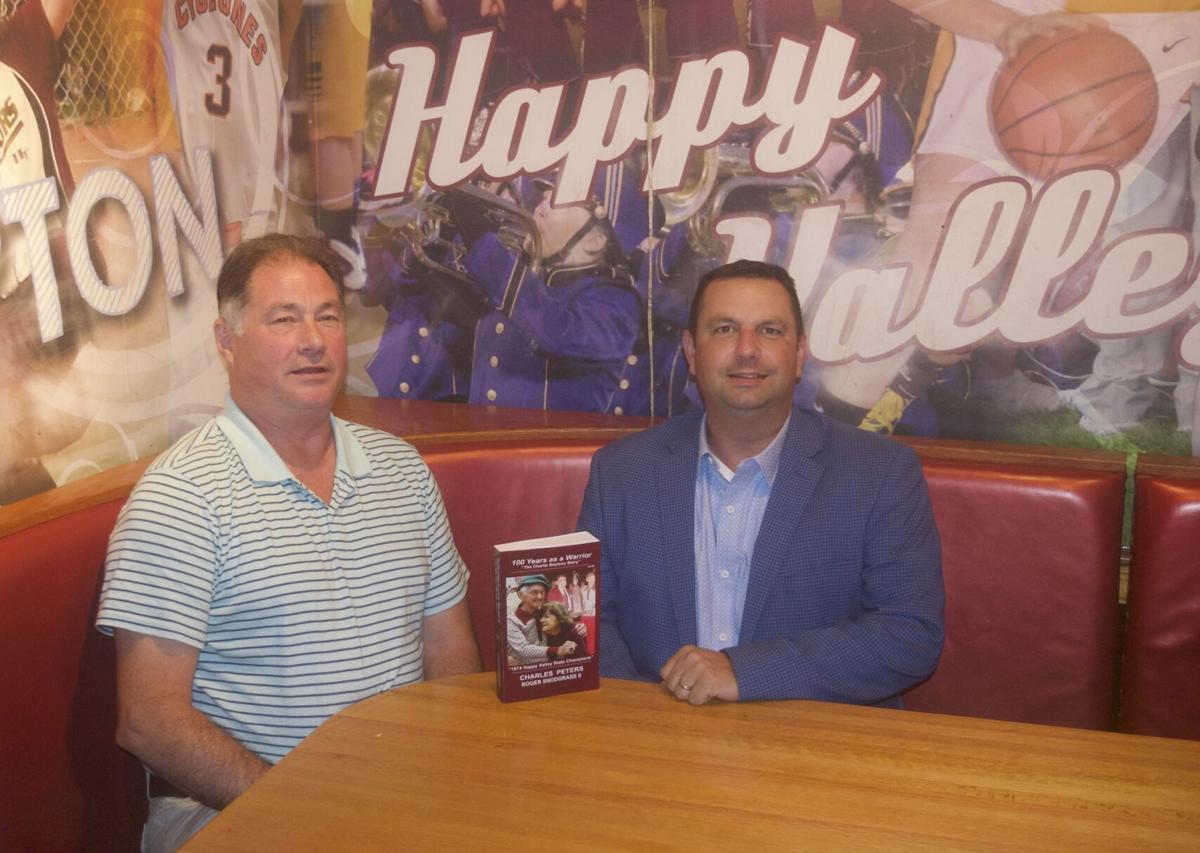 Charles Peters and Roger Snodgrass II have teamed up for the book ‘100 Years as a Warrior: The Charlie Bayless Story.’ 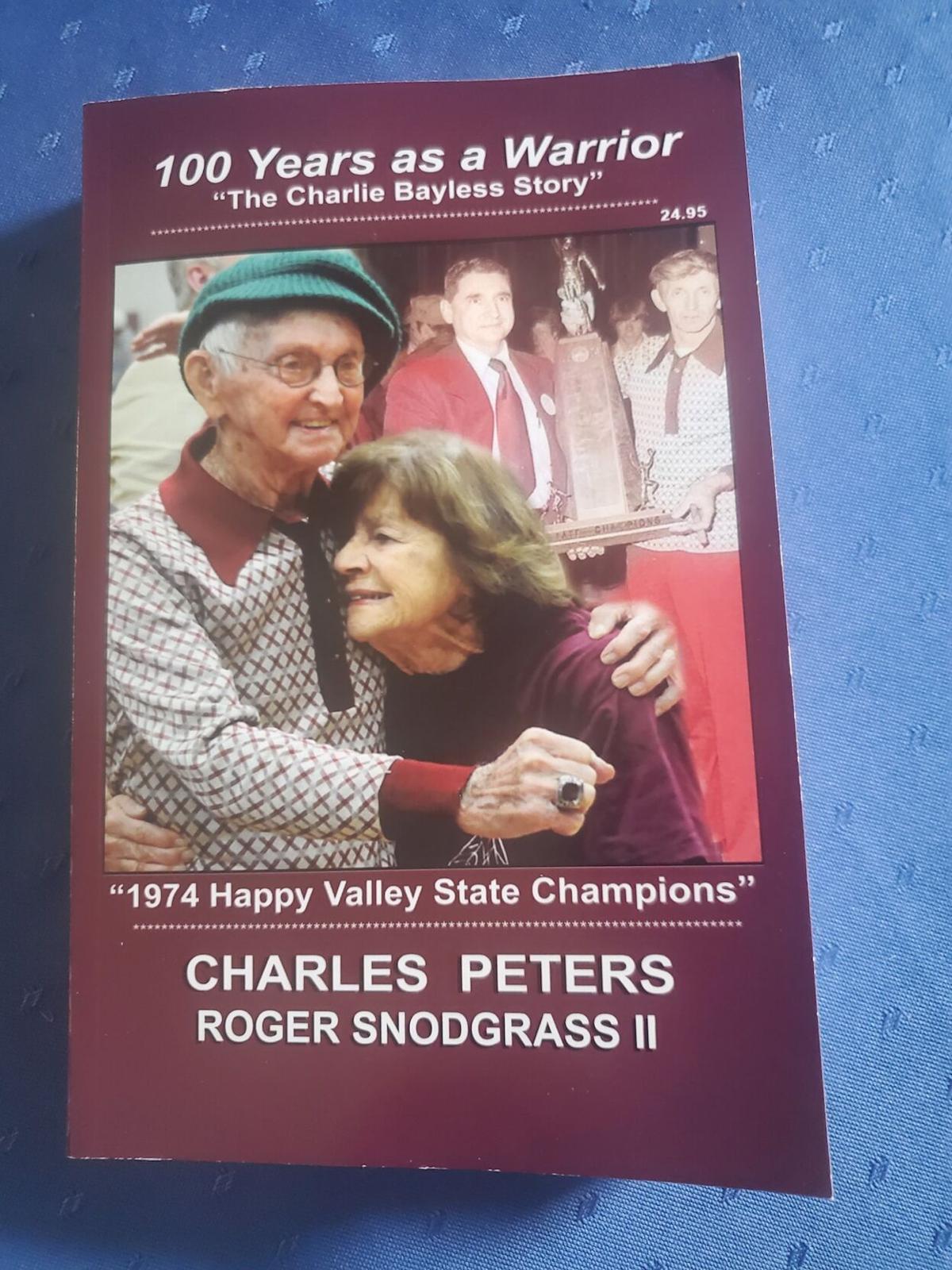 Charles Peters and Roger Snodgrass II have teamed up for the book ‘100 Years as a Warrior: The Charlie Bayless Story.’

Local sportswriter C.Y. Peters and former Happy Valley basketball player Roger Snodgrass II teamed up to produce “100 Years as a Warrior: The Charlie Bayless Story,” a 461-page book described as a treasure trove of history that gives readers an inside look at Bayless’ life and family history.

While much of the book is centered around his 60 years as a basketball coach, it gets into the other aspects of his life including as an athlete, soldier, golfer, fisherman, county commissioner, family man and much more.

The book features hundreds of photos and incorporates interviews from former assistants, players, cheerleaders, rival coaches and others. Through the research, the authors found his 923 wins and 1974 state championship only scratched the surface of who Bayless is.

Peters noted how Bayless, who will turn 98 on Oct. 1, found creative ways to help people down on their luck. Even to this day, the community is served through the Charlie and Jane Bayless Scholarship Golf Tournament, named for the coach and his late wife.

Snodgrass traced an interesting family history with information that current family members didn’t even know. The Bales family arrived from England in 1635, some of the first settlers in Long Island, New York. The name was changed to Bayles in New Jersey and later to Bayless after moving South. The research showed a long family history of military service.

“In each of the major wars, there was a Bayless fighting in them,” Snodgrass said. “In the American Revolution, there were five Bayless brothers who fought against the British. Because of that, North Carolina granted them the land in what is now Washington County, Tennessee.”

The coach’s own military service, which included participation in the “Battle of the Bulge,” had been a source of fascination for Snodgrass since he was a teenager playing for the Warriors.

“In high school, we were headed to a game in Mountain City and he started telling us about his time as a military policeman in World War II. That stuck in my head for years,” Snodgrass said. “Thanks to C.Y. and this project, we were able to get a glimpse into the service he performed for this country.

“It was impressive the major battles his unit engaged the Germans in. The 821st unit he was with, they followed General Patton’s third army. Coach Bayless and the MPs would round up the German prisoners of war, particularly the officers, and guard them.”

A few years before, Bayless played on the 1941 Happy Valley team that finished state runner-up. After the war and graduating from ETSU, he served as head coach at Jonesborough for one year before returning to Happy Valley. At different times, he coached football, baseball, track and golf in addition to basketball. In some years, his teams won conference titles in multiple sports.

“The first seven years he did it all by himself without an assistant coach,” Peters said. “His memory is still so good, even now. One game I asked him about a game in Hampton in the late ‘60s. Hampton beat Happy Valley about 40 points the first time. The next time they played it was 4-2 at halftime. I started telling Charlie about that and he tells me about the game, how Len Dugger hit a shot to tie the game, 7-7. Then, Hampton beat them 13-9 in overtime. I knew it was right because I had just looked it up.”

So much information like how Roscoe Bayless acquired the nickname “Charlie,” how he met his wife Jane, the origins of Carter County’s first high school and photos from decades, even back to the 1920s are in the book.

Jamie Combs, sportswriter for the Johnson City Press and a partner of Peters with the Carter County Sports Hall of Fame, did much of the research and compiled game scores for the project.

This is Peters’ latest book about Carter County, its schools, athletics and people. Through his research, he found out about the great Unaka teams from the 1940s, behind-the-scenes stories about the 1960 Hampton state championship team and a wealth of Happy Valley history.

“It’s good to do this research about 30-35 years, a new generation comes in and we forget what the older generation did,” Peters said. “It’s why I do these books. I want people to remember the old days and how good it was. How many state tournaments could Coach Bayless have won if it (the TSSAA classification) was broken up like it is now?”

In the opening pages, Snodgrass paints a picture of being a young fan going to Bayless Gym and how exciting it was with Queen’s “We Will Rock You,” blaring as the team came out from the home bleachers. It was a time when the gyms were packed all around Northeast Tennessee on Tuesday and Friday nights for the big games.

“They were magical places where the whole community centered around coming to cheer for your home team,” Snodgrass said. “I always wanted to be a Warrior. Those are the memories you can’t shake.”

The book is currently available at Eagles Co-Op in downtown Elizabethton. Peters and Snodgrass will be on hand at Eagles from noon to 3 p.m. Saturday to sign books and talk to those interested.