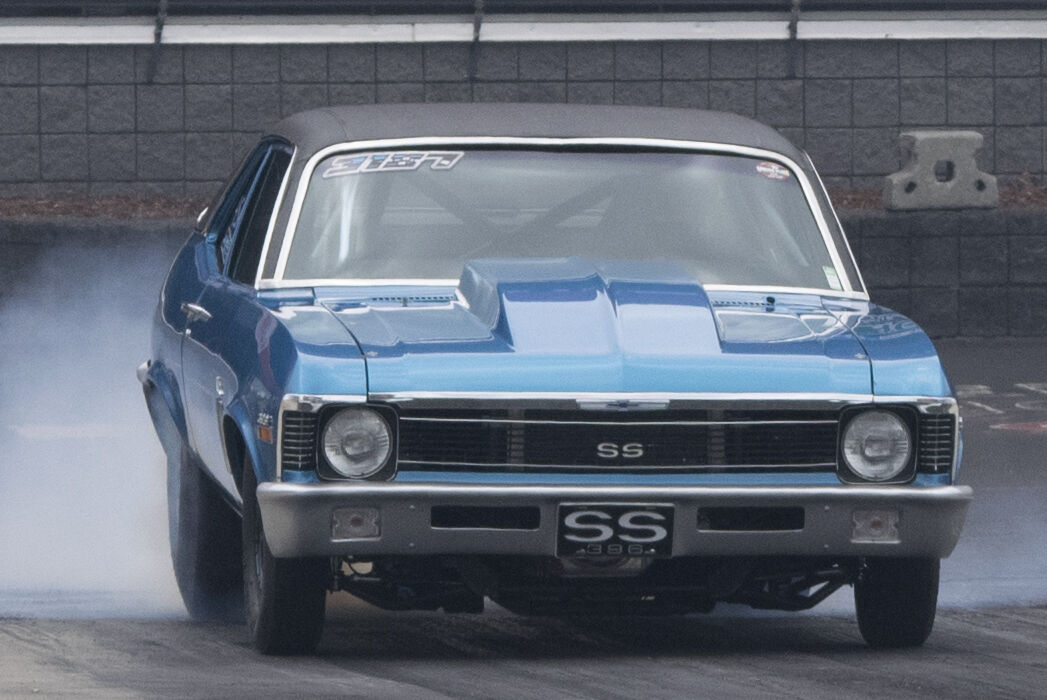 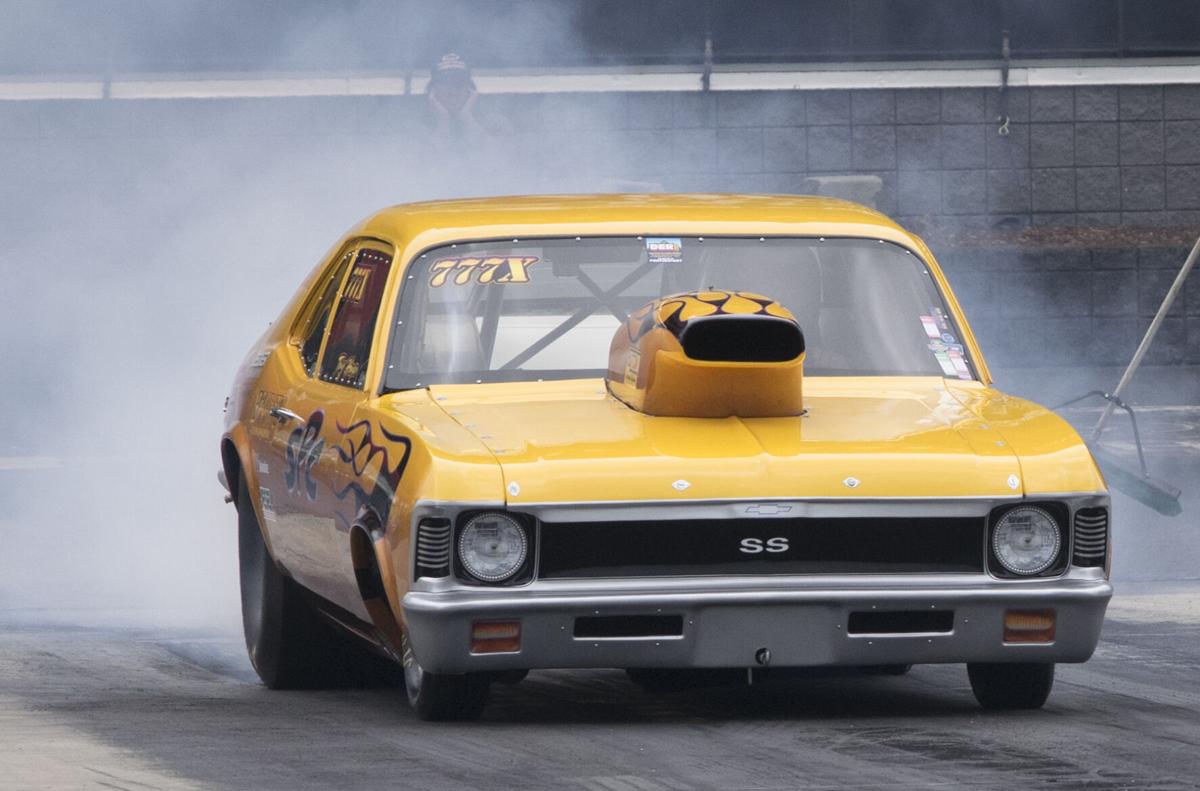 Blountville driver Tony Hauser does a burnout in his yellow Nova at Sunday’s DER Bracket Series race at Bristol Dragway. 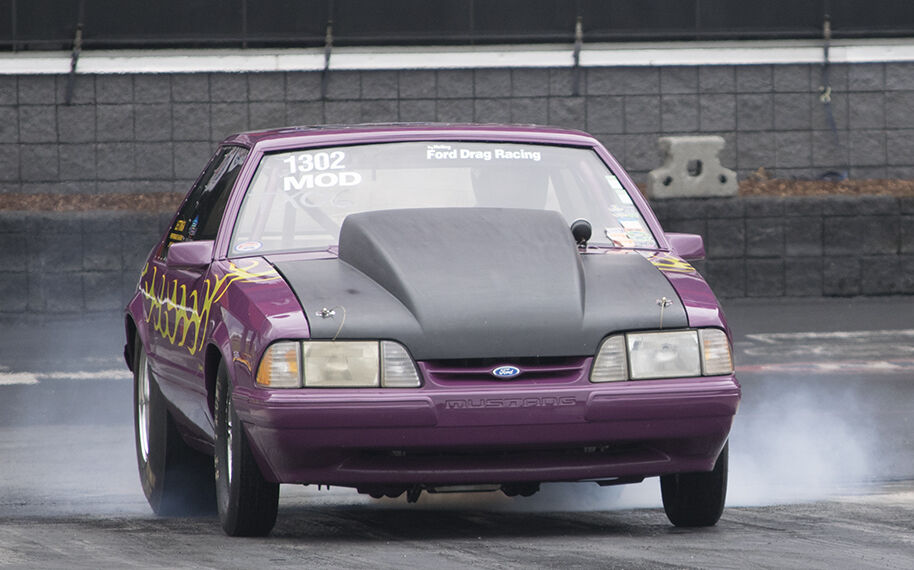 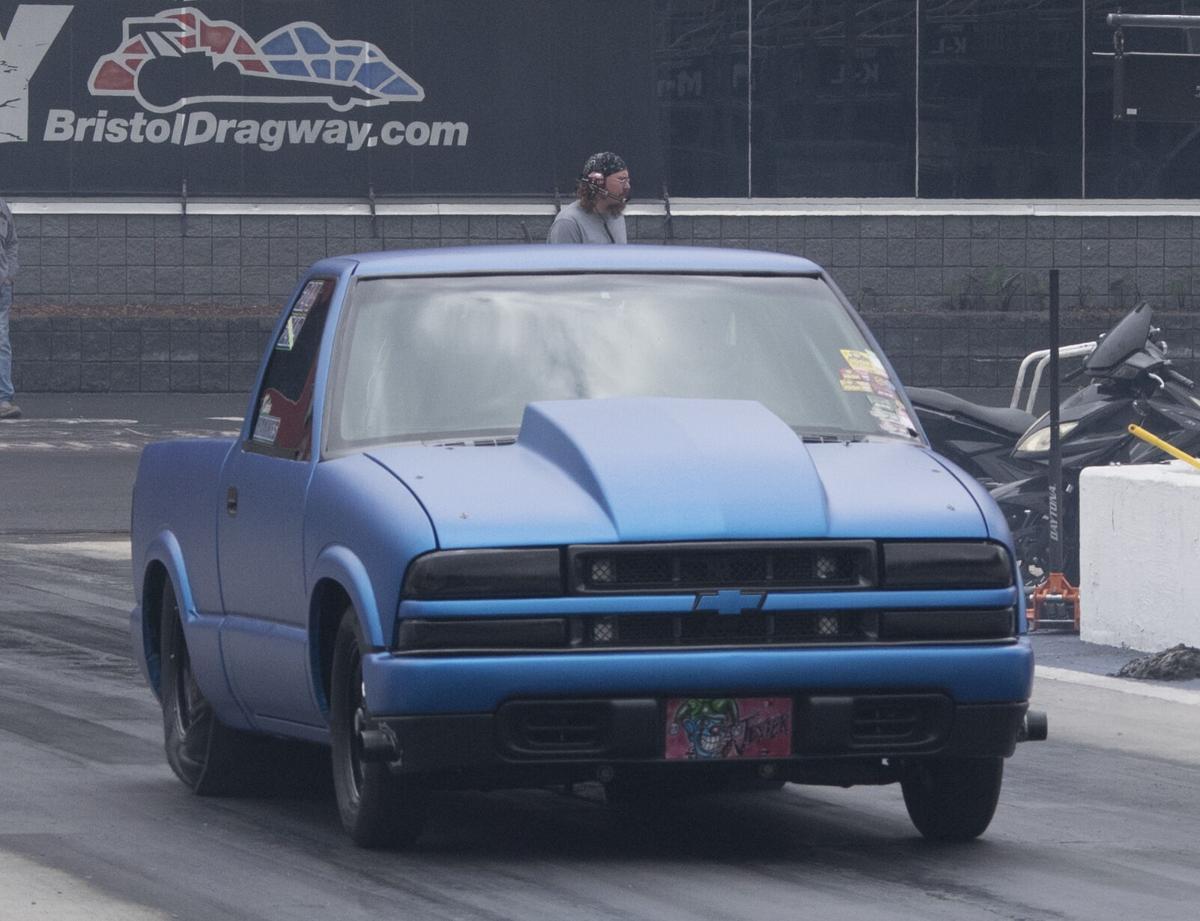 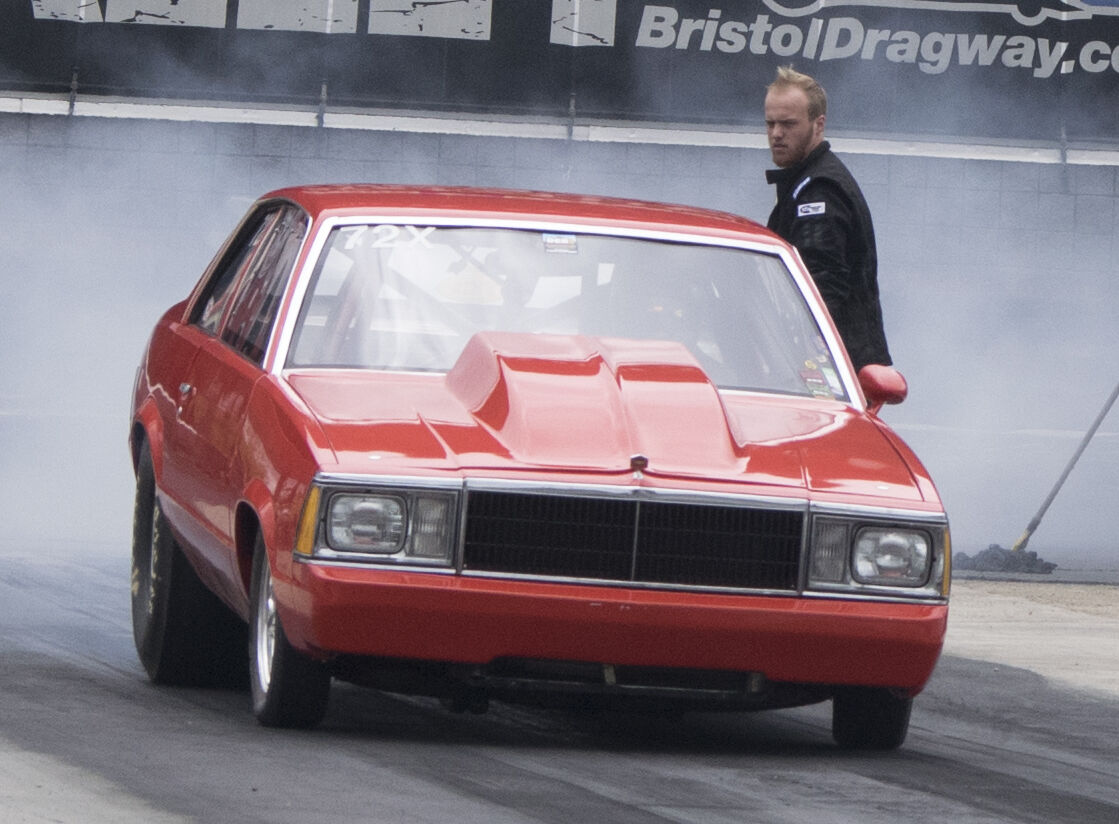 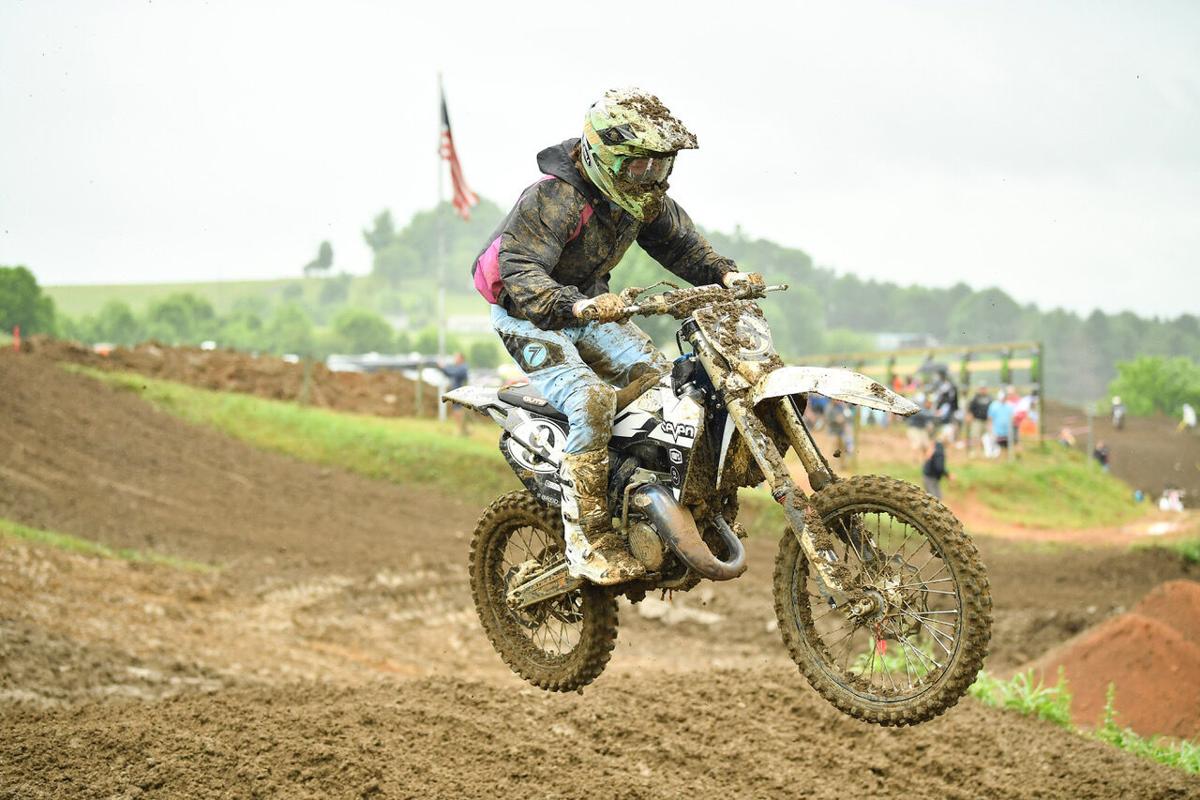 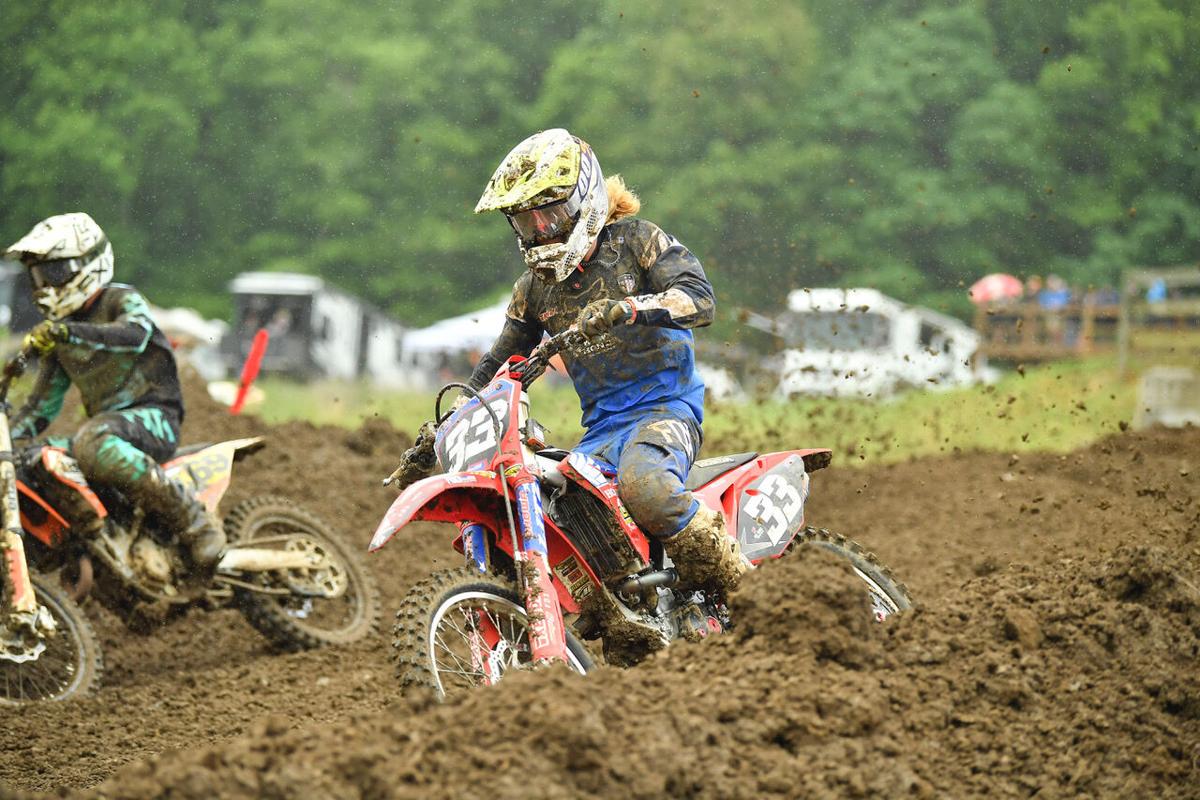 Blountville driver Tony Hauser does a burnout in his yellow Nova at Sunday’s DER Bracket Series race at Bristol Dragway.

BRISTOL — Danny Avery Jr. didn’t let a little thing like the transmission broken in his race car slow him down Sunday at the DER Bracket Series race at Bristol Dragway.

With his green Camaro needing repair, Pikeville, Kentucky racer Tyler Deskins let Avery borrow his blue Nova to stay near the top of the Pro class standings. Avery won elimination rounds to keep his high standing in the points.

It has been a great start to the season for the Elizabethton racer who won the season-opening DER race back on May 15.

“We put a whole lot of work in our car over the winter. We changed the rear end, transmission, two converters, wheels, tires and it paid off,” Avery said. “We have three different cars, including a yellow T-bucket, that we’ve raced. But the car we won with, we went to Rogersville last week and busted the transmission.”

Drag racing is a passion for Avery, who said most nights he and the crew get off work, they head straight to the race shop. He expressed great appreciation to Deskins for allowing him to drive the blue Nova as his car was scheduled to be repaired Monday.

“It’s a beautiful car and Tyler was man enough to let me drive it for the day,” Avery said. “It takes a real man to have a $40,000 car like that and let somebody jump in it and drive it.”

Snead, a North Carolina driver, paired a .030 reaction time with an elapsed time of 5.323 seconds at 128.47 mph to beat Kingsport driver Josh Dykes in the final round of Super Pro.

Newman, a Rogersville racer, took his 1987 Ford Mustang down the track in 6.088 seconds at 112.69 mph for a winning run in the Pro class. Bristol driver Chris Colley was the runner-up in his gold 1972 Chevy Vega.

His brother, Erik Colley, won the Sportsman race behind the wheel of a 1995 Pontiac Firebird. Erik won on the holeshot with a .009 reaction time and making a run of 13.788 seconds at 98.28 mph. Another Bristol driver, John Isom, earned the other final-round appearance.

North Carolina racer Tyler Arrington drove his 1994 Camaro to the win in the Trophy class with Mark Crowe from Butler taking the runner-up spot. Elizabethton racer Richard Ellison was the No. 1 qualifier in his Chevy S-10 pickup.

Carson Eads has once again qualified for the Loretta Lynn National Championships. The Kingsport rider finished sixth on a Honda in the Schoolboy 12-17 class in last weekend’s Southeast Region qualifier at Muddy Creek Raceway.

Eads posted finishes of sixth, sixth and seventh in his three motos to earn the final qualifying spot. Several other local riders attempted to qualify for nationals. Bluff City’s Cory Thornsberry and Hampton’s Will Andrews came up three positions short with a ninth-place finishes in their respective classes.

After racing was rained out at Kingsport Speedway and Volunteer Speedway last Friday night, both tracks are scheduled to host races this weekend.

Kingsport Speedway has its NASCAR Advance Auto Weekly Series program scheduled for Friday night with grandstands opening at 5 p.m. and racing scheduled to begin at 8 p.m.