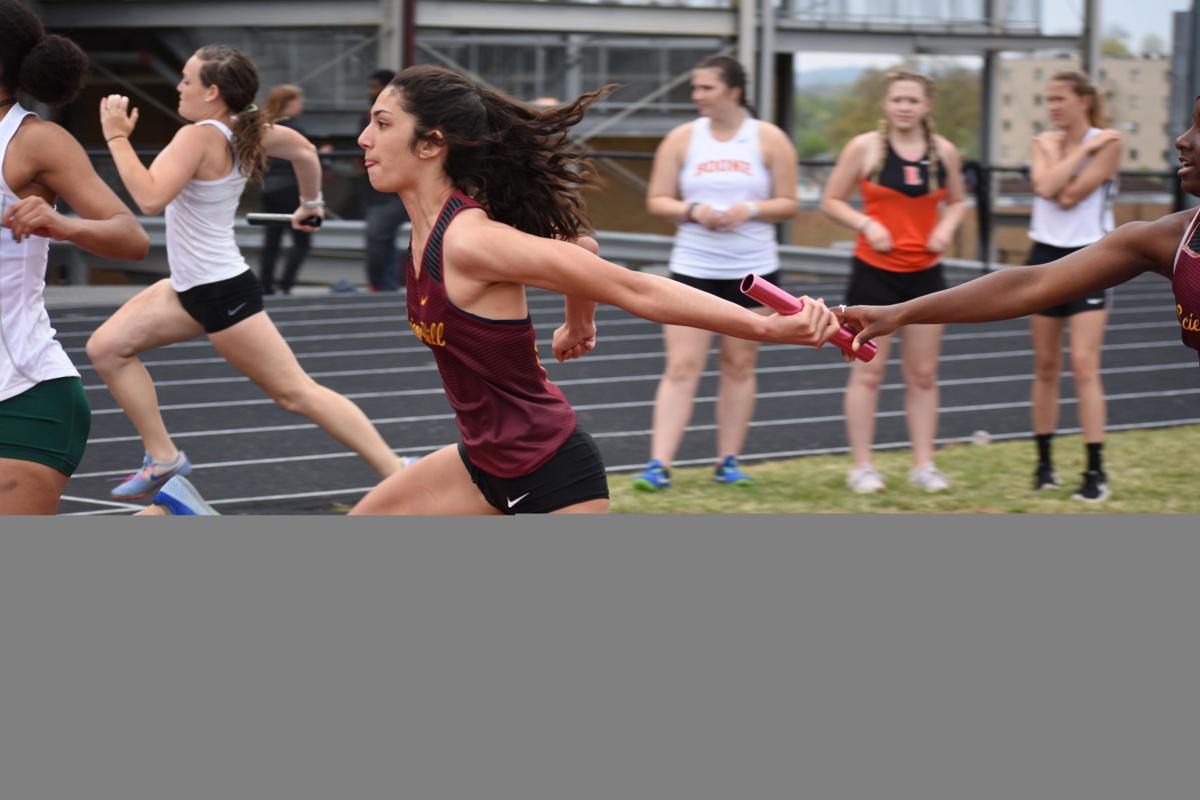 Science Hill’s Mary Reed gets the handoff in the 4x100 relay. 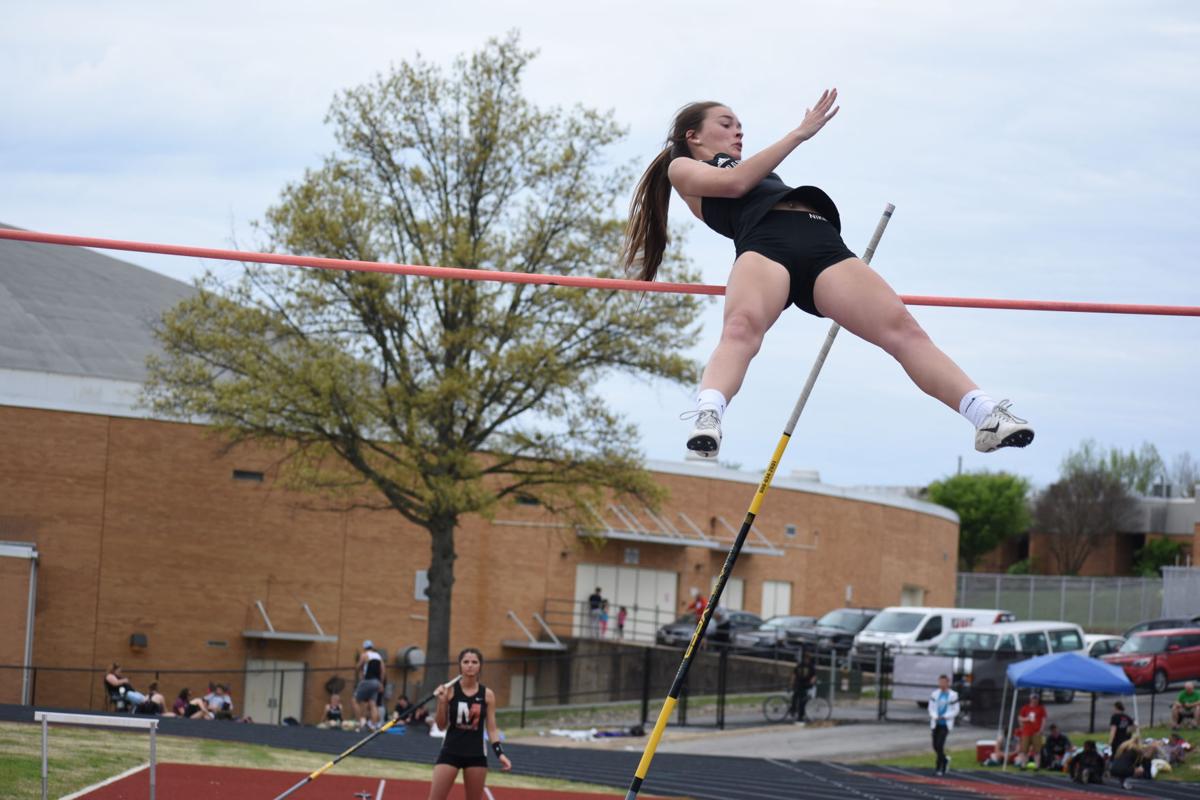 Happy Valley’s Natalie Newsome clears nine feet in Saturday’s track meet. She would go on to win the event and set a school record. 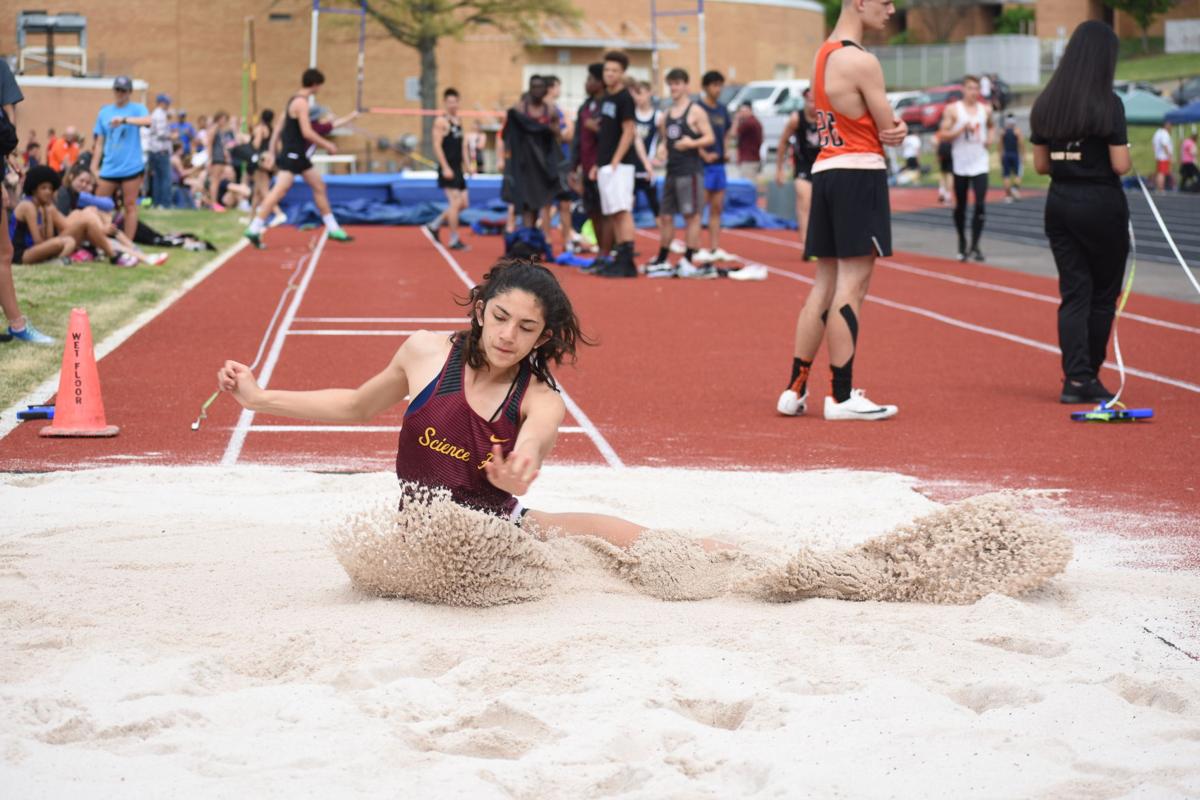 Science Hill’s Mary Reed gets the handoff in the 4x100 relay.

Happy Valley’s Natalie Newsome clears nine feet in Saturday’s track meet. She would go on to win the event and set a school record.

KINGSPORT — A Saturday bathed in sunshine made for an outstanding track & field meet at Dobyns-Bennett in the annual Dan Crowe/Tom Coughenour Relays.

Some already solidified names in local track & field showed their stuff and others appeared as major contenders for sectional spots in the upcoming weeks.

Science Hill sophomore Mary Reed is versatile and good at many different events.

Currently, she is one of the top sprinters in the sectional and made all-state last spring in the long jump.

On Saturday, Reed had a busy day, finishing second in long jump (15-6) and was a leg on the Lady Hilltoppers’ third-place 4x200 relay, the winning 4x100 relay and third place 4x400 relay.

“I’m glad that we can run that much and go that fast,” Reed said. “My coaches are very good. They can be strict, but good. That’s a quality they have that I like. … Our season has been really good so far.”

Some of the other notables of the Hilltoppers were gold medals by Ekeminia Eno-Ekefre in the triple jump (41-9) and boys 4x100 relay (44.20).

Next up for the Hilltoppers will be the Volunteer Track Classic on Friday and Saturday at the University of Tennessee’s Tom Black Track.

Happy Valley senior pole vaulter Natalie Newsome had quite the coming-out party on Saturday by not only winning the event, but establishing a personal best twice and a school record in the process. Her clearance of nine feet tied the HV record and her winning vault of nine feet, six inches proved to be the difference. She won over Daniel Boone’s Caitlin Cutshall by way of less misses.

“It was very exciting, especially this early in the season,” she said. “It wasn’t even just a simple PR. I got my best and then I did it again. I was very excited and there was a lot of screaming. … I definitely didn’t expect to win coming in. I wanted to medal, but once the field started to get smaller, I figured I might as well try for the win.”

Currently, Newsome is the best vaulter in the small schools east sectional by more than two feet and with her personal best on Saturday, she leads the entire small schools state in the pole vault.

The Daniel Boone distance squad had a good showing on Saturday, led by the first- and second-place finishes in the 800 meters by Matt Huff and Max Austin.

Huff crossed the line in 2:02.34 while Austin finished in 2:03.47. The Trailblazers have had some injuries following a good cross country and indoor season, but things are starting to turn the corner for Boone heading into the latter part of the season.

“I felt pretty good out there. I had some tired legs, but we’re still working hard and we’re getting to the point where it’s about time to empty the flask,” Huff said. “These guys are my family and I love each and every one of them. Having a guy like Max to train with just makes everything a little easier.”

Other notable finishes for Boone were Jeremiah Sullivan finishing third in discus (140 feet) and the girls 4x800 coming in second (11:02.83).