The elite mile starts the race. 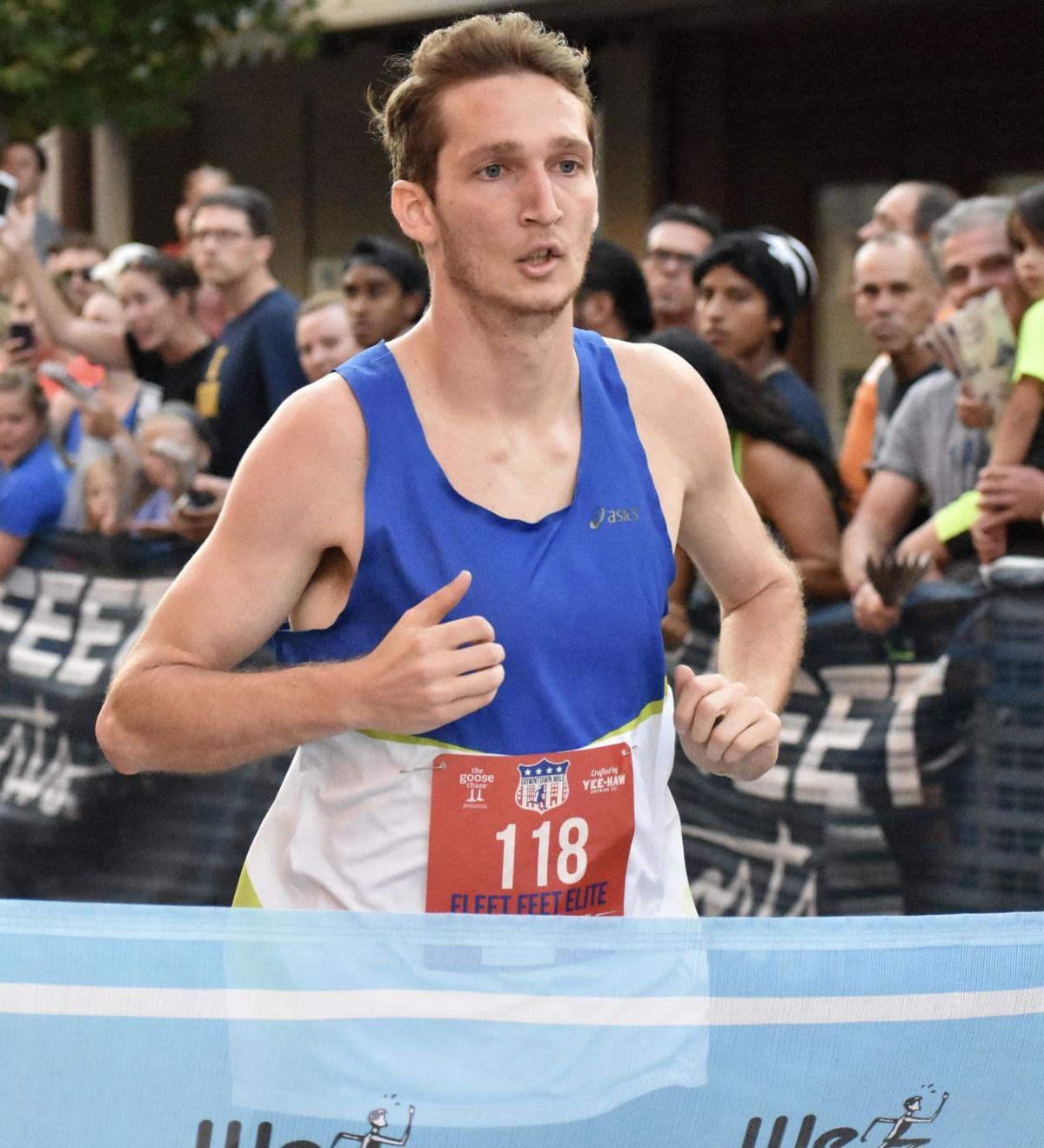 Simeon Roberts comes across the finish in first place. 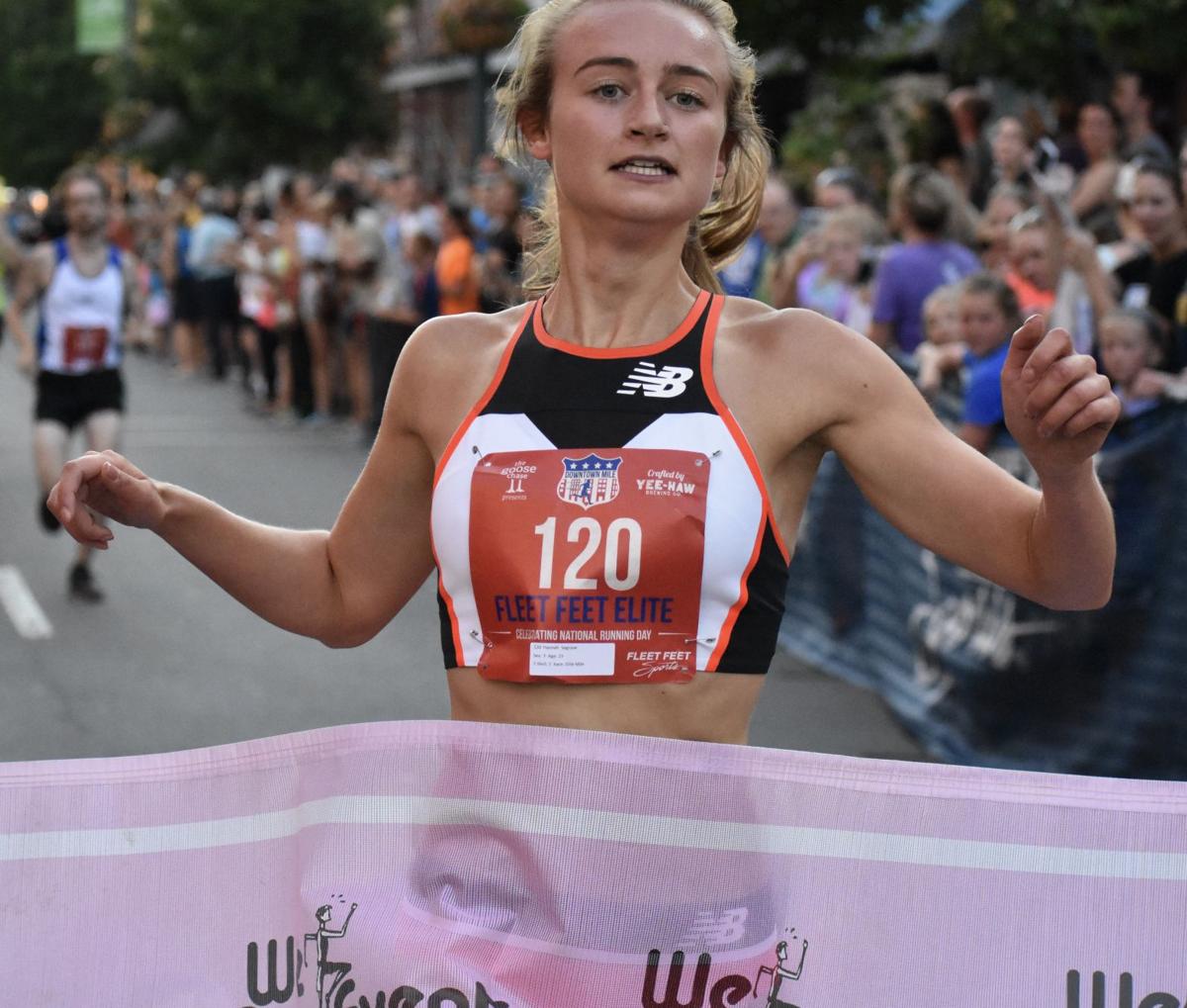 Hannah Segrave crosses the finish line in first place for the women’s race.

The elite mile starts the race.

Simeon Roberts comes across the finish in first place.

Hannah Segrave crosses the finish line in first place for the women’s race.

Former East Tennessee State harrier Simeon Roberts took the overall male title in a new course record of 4:23. Roberts finished up his running career for the Bucs two weeks ago at the NCAA East Prelims in Tampa by finishing 23rd in the 3,000-meter steeplechase.

“I felt pretty good about my race today,” he said. “I didn’t know what kind of pace I was running or where anybody was. I was just kind of running. All I knew was that I was in the lead. The greatest challenge is to challenge yourself. That is a quote from my dad.”

“This race was more of a workout for me,” she said. “I was coming off of running Music City over the weekend in the 800. I had a small personal best there of 2:02.5. I still felt pretty good about today. It was a good effort. This is a good introduction for the summer to get ready for the British championships.”

The British Athletics Championships will be in Birmingham, England, from June 30 to July 1. Segrave said she will be competing in the 800 meters, her key event.

Each first-place finisher in Wednesday’s elite race won $200, and there was also prize money down to third place.

There was also an open mile, with Zachary Hasseler (5:17) winning the male title narrowly over Phil Roberts at the line, and Cassandra St. John (5:41) winning the women’s title.

New look on all levels for Downtown Mile

On Thursday, the popular Johnson City Downtown Mile road race is scheduled to go off, but with a new course and many new social distancing guidelines.

The fourth annual Downtown Mile had a new look to it on Thursday at the Johnson City Mall, but most participants were glad to be back out racing.