You are the owner of this article.
Edit Article Add New Article
You have permission to edit this article.
Edit
Home
News
Sports
Obituaries
Living
Photo & Video
Opinion
Classifieds
Send Us Your News
About & Policy
Contact Us
Special Sections
Share This
1 of 5 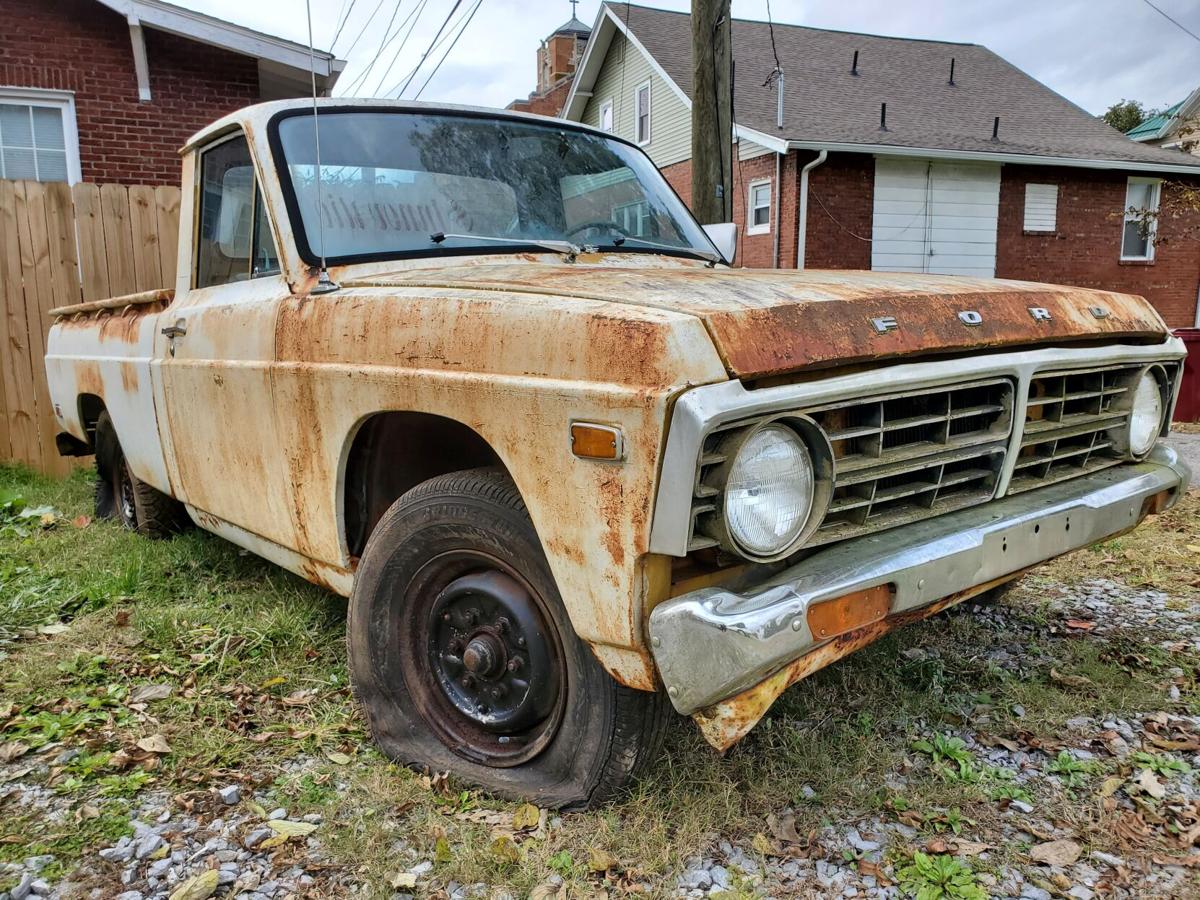 The little truck that can’t right now, but maybe could someday 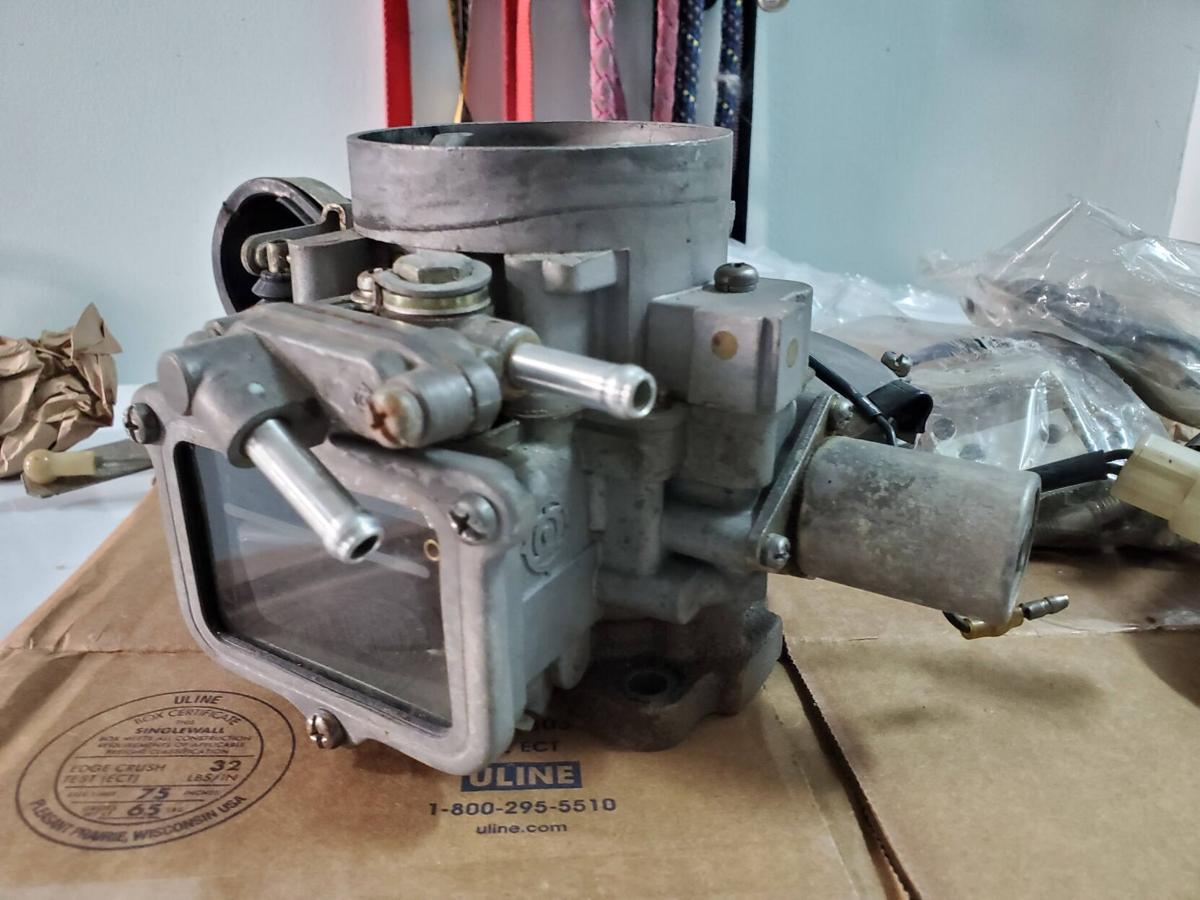 Here’s the $20 carburetor I found on a Facebook group. It’s supposed to run, but we’ll see. 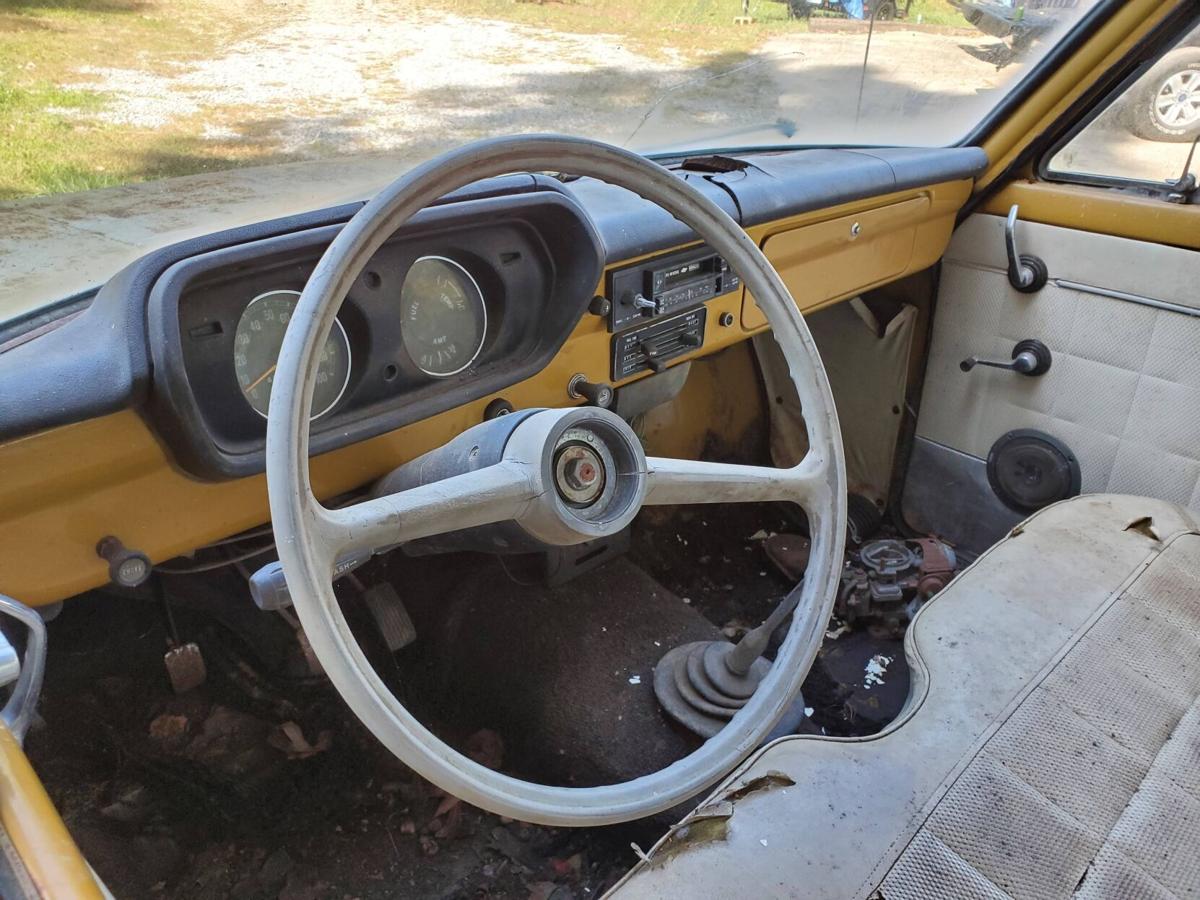 The interior of my Courier is a minimalist’s dream. No air conditioning, no heads up display — I think it didn’t even come with a radio from the factory. 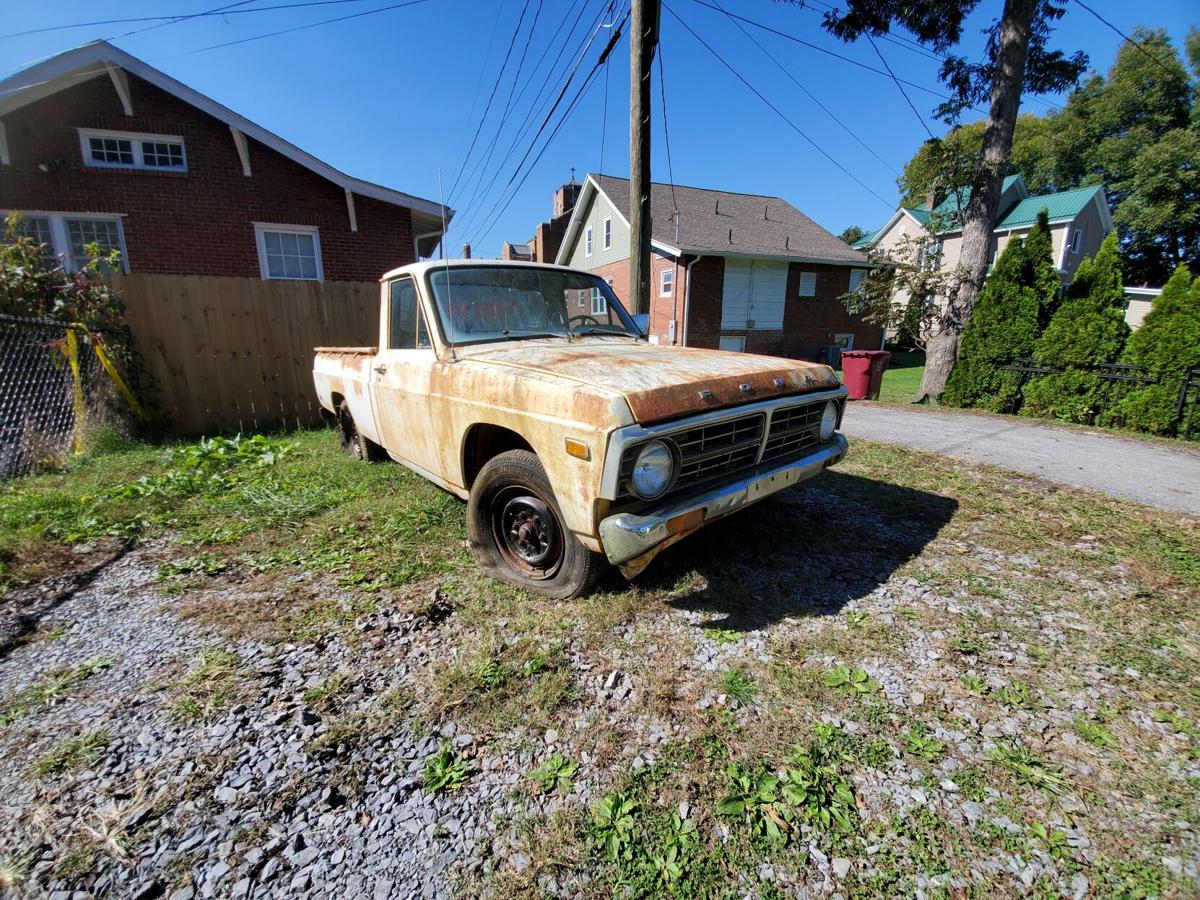 It’s old, it’s rusty and it can’t move under its own power. Remind me again why I bought this thing. 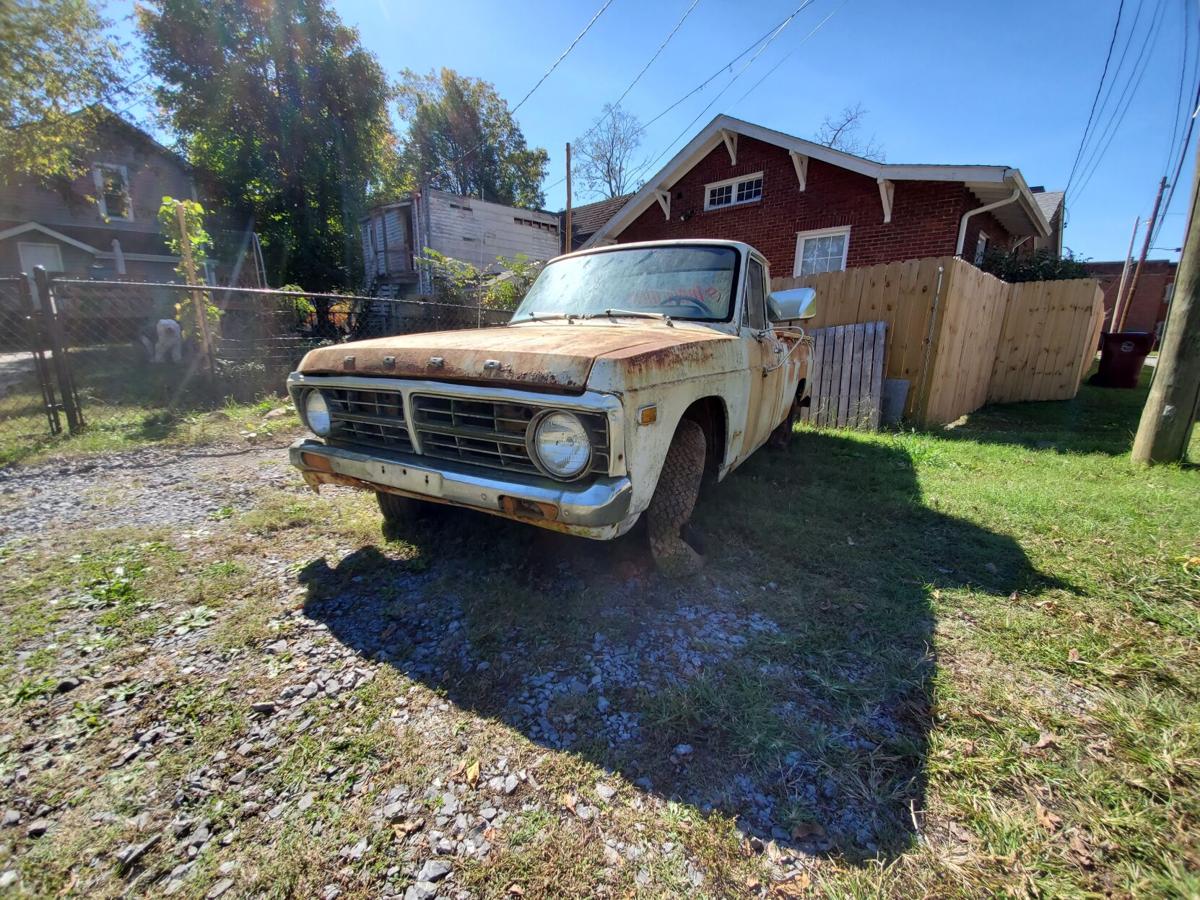 The little truck that can’t right now, but maybe could someday

Here’s the $20 carburetor I found on a Facebook group. It’s supposed to run, but we’ll see.

The interior of my Courier is a minimalist’s dream. No air conditioning, no heads up display — I think it didn’t even come with a radio from the factory.

It’s old, it’s rusty and it can’t move under its own power. Remind me again why I bought this thing.

Everyone I’ve told about the non-running, 46-year-old compact pickup truck I drove two states away to buy last month gives me the same confused look.

I even have trouble explaining it to my partner, who fought the purchase for more than a year while I searched for the right (affordable) truck.

But now I’ve got a rusty, flat-tired, frozen-carburetor-ed, little 1975 Ford Courier sitting in the way in my backyard.

Maybe I’m due a mid-life crisis. Maybe it reminds me of the full-size trucks my late father drove when I was younger.

It’s probably a little bit of both, but the main reason I’ve been telling myself and others when they give me that look is that I need a hobby.

I’ve always been interested in cars, and I’ve done at least a little work on every one I’ve owned, from routine oil changes to converting one from an automatic to a manual transmission.

This one has plenty wrong with it to keep me tinkering, probably forever, but it’s got simple systems — non-power steering and brakes, limited electronics and a carburetor — so that I hope I won’t surpass my ability and tools.

I’m setting goals gradually and realistically. First, I’d like to get it running — I’ve got a rebuilt $20 carburetor sitting on my workbench to get things started in that direction. Then, I’ll shoot for driving.

After that, we’ll see. It may never become a full restoration, but I’d like to keep it around for a while.

The Courier is a chicken tax truck, and judging by the amount of feathers and eggshells I found in it, mine was a chicken coop truck, too.

To know what circumstances briefly brought it to the U.S. though, you need a history lesson in global economics.

In the late 1950s, United States agriculture production got a major shot in the arm. Gained efficiencies at large-scale farms, chicken farms in particular, brought higher yields and a flood of products on the market.

Having so many affordable chickens increased the quality of life of Americans — chicken became a mainstay on our dinner tables — but eventually we were stuffed. The domestic market was oversaturated.

So, U.S. chicken producers began exporting their extra chickens to Europe, which caused overseas prices to fall to the chagrin of chicken farmers in those countries.

In response, those countries levied import tariffs on chicken, hoping they would make it more costly to get U.S. chicken to European consumers and keep our farmers from dumping chickens in their markets.

Domestic chicken producers were not happy, and they pressured any and all politicians who would listen to convince their counterparts in Europe to remove the price controls.

In his memoirs, West German Chancellor Konrad Adenauer wrote that half of his conversations — in the midst of the Cold War — with President John F. Kennedy had been about chicken.

Unable to reach a solution through diplomacy, the U.S. took an action that always seems to create more problems than it solves — we entered a trade war.

In 1964, Lyndon Johnson initiated a 25% tariff on brandy, dextrin, potato starch and light trucks and cargo vans, hoping the in-kind increases on European imports would force countries to remove the chicken taxes.

The truck tariff was aimed at German imports of Volkswagen vehicles, but the import tax forced Japanese automakers out of the market, too.

Most of the other tariffs have since been removed, but to this day, light trucks imported to the U.S. are taxed at 25%. The sustained steep cost to get foreign-made trucks to consumers here shaped the domestic auto industry in ways nobody could have predicted.

Some foreign companies moved production to the U.S.

The first vehicle to roll off the assembly line at Nissan’s new plant in Smyrna, Tennessee, in 1983 was a pickup.

Others looked for loopholes. Subaru bolted two cheap, plastic seats into the bed of imported BRATs, so they would be classified as passenger cars and taxed at a lower 4%.

In the early 1970s, Ford and Chevrolet, surprised by the popularity of efficient, inexpensive small trucks from Toyota and Datsun, realized they were missing out on the potential sales of compact pickups, because they didn’t offer any.

Both partnered with Japanese automakers with existing small trucks in their lineups, Chevrolet with Isuzu and Ford with Mazda, to import and rebadge their vehicles. Chevy called its Japanese-made small truck the LUV, an acronym for light utility vehicle, and Ford called its truck the Courier.

But the light truck tariff was still in place, so to circumvent it, Ford and Chevy imported them as chassis cabs — frames with the cabs attached but separate from the beds. The chassis cabs were taxed at 4%, and they affixed the beds in the states. The U.S. closed the chassis cab loophole in 1980, and Ford and Chevy began producing their own small trucks, the Ranger and the S-10, domestically a few years later.

Mine is of the first generation of Couriers, and I’m particularly smitten with it because, in the rebadging process to make them look less Mazda-y, Ford gave them grills to mimic the larger Ford trucks of the time.

They were spartan — mine has drum brakes all the way around, no air conditioning and hand-crank windows — but that was part of the appeal. Compact pickups were never really popular with truck people, they aren’t meant to do heavy hauling. But they were bought by people looking for a less-expensive, more economical to own vehicle.

Ford said as much when it canceled the Ranger model in 2011. The Ranger has since come back as a larger, mid-size pickup, and Ford recently introduced a compact truck under the Maverick name — though it’s still more than two feet longer and almost a foot wider than my Courier — so there’s hope for a resurgence of the segment.

For now, I’ll just be happy my chicken tax truck has come home to roost.

Do you have a chicken tax truck of your own? I’d like to see it! Send some photos and info to nbaker@johnsoncitypress.com.For the latest breaking news and updates, download the Johnson City Press app.