You have permission to edit this article.
Edit
Home
News
Sports
Obituaries
Living
Photo & Video
Opinion
Classifieds
Send Us Your News
About & Policy
Contact Us
Special Sections
Share This 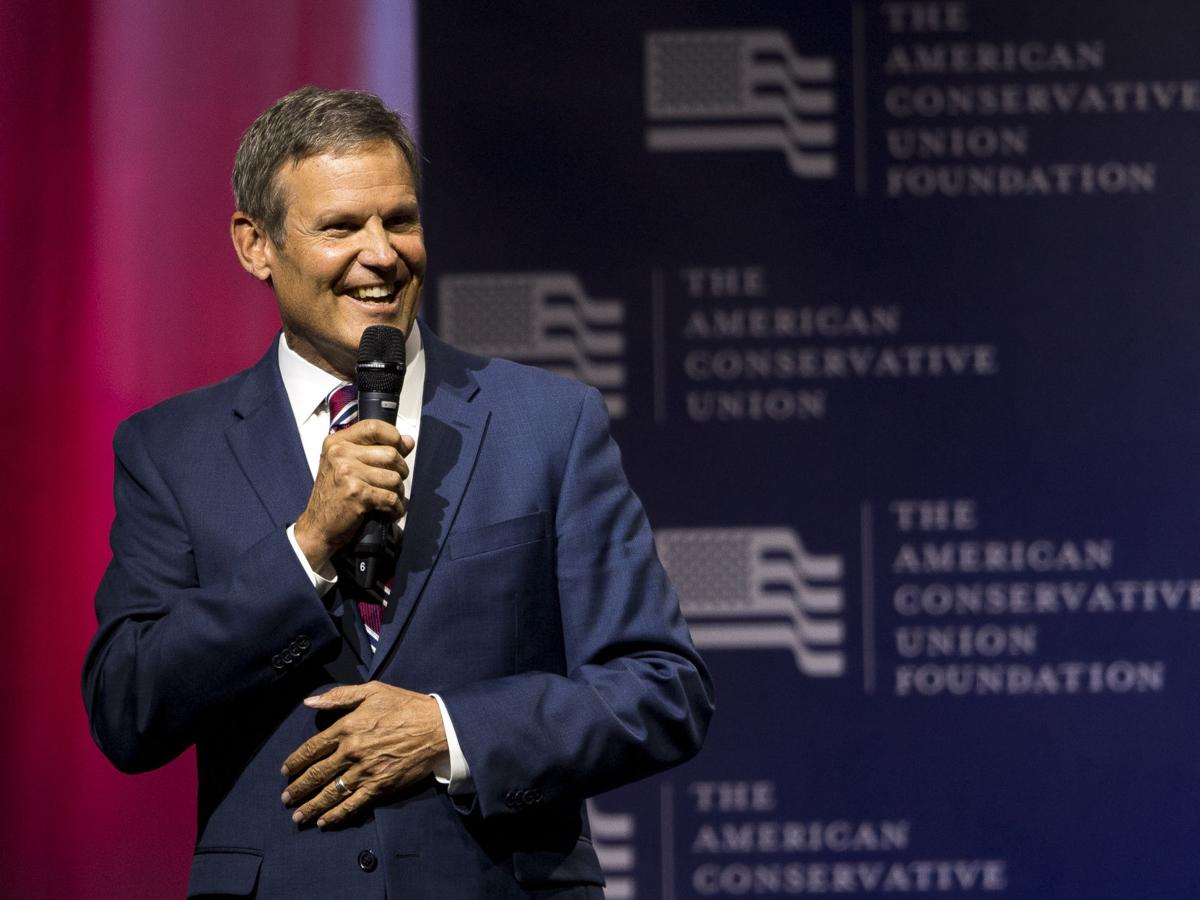 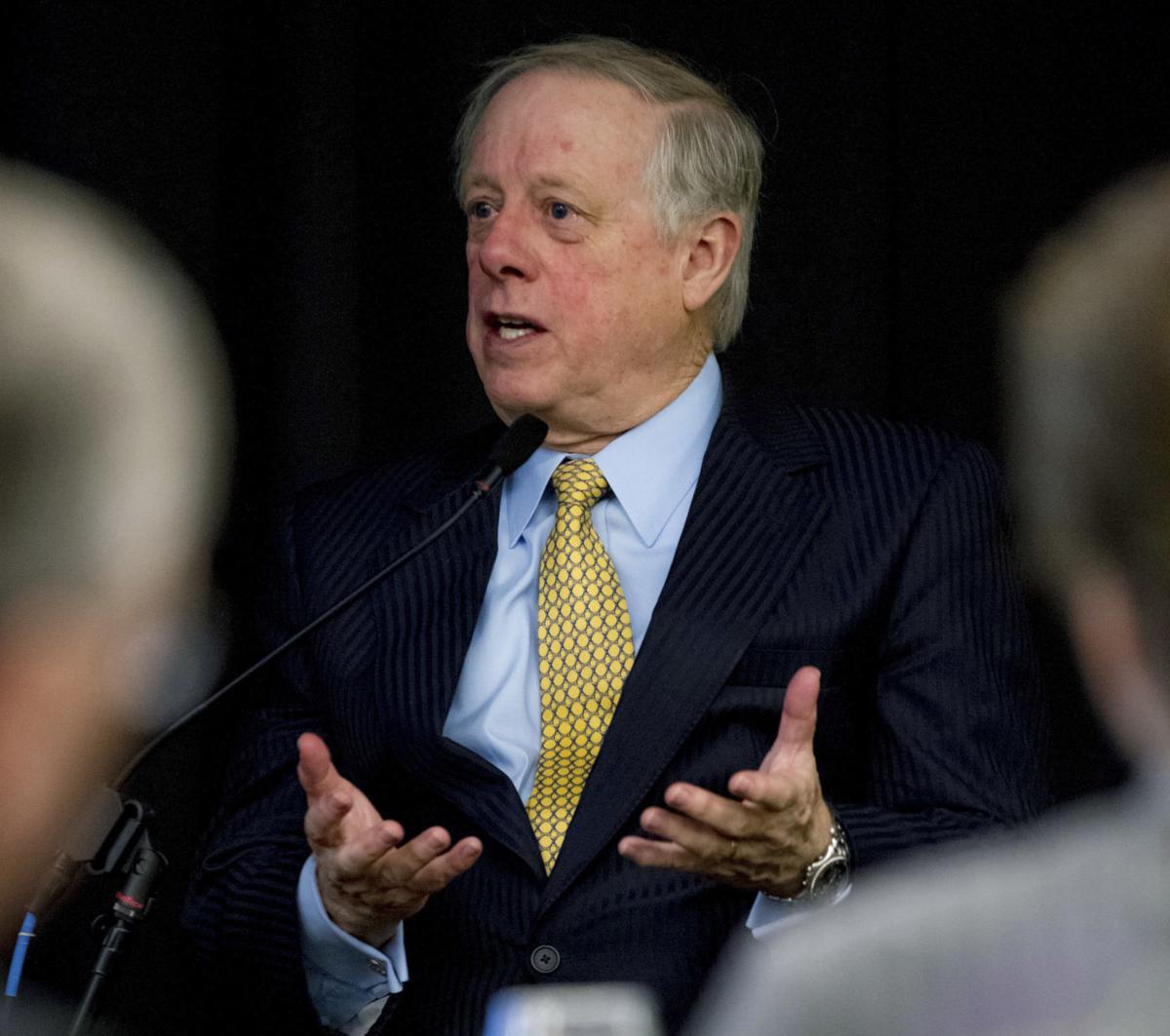 FILE - In this Jan. 29, 2013 file photo, former Democratic Gov. Phil Bredesen speaks on a panel about reducing the federal debt at Lipscomb University in Nashville, Tenn. Democrat James Mackler says he's dropping out of the U.S. Senate race in Tennessee to replace Sen. Bob Corker, a move that appears to clear the path to the Democratic nomination for Bredesen. (AP Photo/Erik Schelzig, File)

FILE - In this Jan. 29, 2013 file photo, former Democratic Gov. Phil Bredesen speaks on a panel about reducing the federal debt at Lipscomb University in Nashville, Tenn. Democrat James Mackler says he's dropping out of the U.S. Senate race in Tennessee to replace Sen. Bob Corker, a move that appears to clear the path to the Democratic nomination for Bredesen. (AP Photo/Erik Schelzig, File)

Early on in the governor’s race, Bill Lee distinguished himself from the field with his laser focus on the state’s economic development needs, while largely steering clear of the partisan rancor that continues to divide the state and the nation.

Specifically, we have been impressed with the Republican nominee’s approach to improving workforce development through public-private partnerships. Tennessee must provide more career-technical opportunities for high school students, and our education system is not as well equipped as private employers to respond trends and advances. Schools must rely on external expertise to help ready students for the workforce right out of the gate with practical knowledge and experience.

For Tennessee to improve economic opportunities for its citizens, it must provide them the knowledge and skills necessary to attract higher-paying jobs to the Volunteer State. Lee’s experience in the business and agricultural sectors should help make that happen.

Lee also knows that Tennessee has a great need to improve its correctional system to prevent offenders from returning to incarceration after release. Recidivism is another barrier to the state’s economic wellbeing, and better transitional programs are the only way to stop cycle. Like his approach to education, Lee says the state should rely on partnerships with business and industry to help inmates gain skills and find work.

We don’t see eye to eye with every position Lee has taken in the campaign. While we agree that solving Tennessee’s health care dilemma will require a long game to curb spiralling costs, the new governor will have to take immediate action to see that more Tennesseans are insured and to stop more hospitals from closing. Whether that means accepting Medicaid expansion or another method, Tennessee cannot keep stalling.

We also believe Lee should modify his position on school vouchers. As our Community Voices columnist Bill Smith consistently states, investment in public education is key to the state’s success, and taking resources away is not a solution. Every student should be served well, and statistics back up the notion that public schools are the places to do so.

Our experience with Lee, though, tells us he is a well reasoned man who listens as much as he speaks, which will serve him well as he navigates and evolves through such issues. He is best suited to work with our Republican-led state Legislature, and Tennessee cannot afford to be locked in a partisan quagmire. Like current Gov. Bill Haslam, Lee largely seems to stick to practical matters over divisive, base-rallying cultural actions.

The Johnson City Press recommends a vote for Bill Lee to be Tennessee’s next governor.

Phil Bredesen was good to Northeast Tennessee during his tenure as governor.

Unlike many Tennessee leaders from other parts of the state, Bredesen at no time acted as if the state ended in Knoxville. That was never more clear than in 2004 and 2005 when the people here rallied behind East Tennessee State University’s bid to establish a pharmacy school.

At the time, the state and the nation were suffering from a shortage of pharmacists. Tennessee offered just one pharmacy school on the other side of the state at the University of Tennessee’s Health Sciences Center in Memphis. Students had to leave their homes and families to travel across Tennessee or leave the state altogether.

The situation paralleled that of the early 1970s when the region lacked both primary care doctors and specialists needed to provide adequate health care to our rural communities. Northeast Tennessee eventually won a hard-fought battle against the interests in Knoxville and Memphis to see the medical school established at ETSU.

But unlike Gov. Winfield Dunn, Bredesen was with us. The state Legislature did not have to override a veto to bring a pharmacy school to ETSU. Bredesen carefully studied the proposal’s economic aspects and the demand for graduates before siding with ETSU against the more powerful interests of UT.

That’s what practical leaders do. They buck traditional politics and make decisions on what is best for people.

Practical is the most apt description of Bredesen’s time as governor. He entered office knowing, for example, that a state income tax would never pass in a state known for its suspicions of government. It would have been a waste of time and energy to even suggest it.

At the same time Tennessee was advancing toward a supermajority in the Legislature after decades of Democratic dominance, Bredesen received statewide support as governor. The Democrat won every county in the state in his re-election bid in 2006, including those in this mountainous Republican stronghold.

Despite efforts to paint him as a partisan puppet, Tennesseans should know by now that he is anything but. Pundits would have us believe that this election is solely about the balance of the power in Washington, not who will best represent Tennessee’s interests in Congress. Tennessee does not need just a yes-person to satisfy a single agenda in the Senate — it needs a practical, unconstrained thinker.

Bredesen is a known quantity and his record shows that he is committed to people across the state, regardless of party affiliation.

We recommend a vote for Phil Bredesen for U.S. Senate.