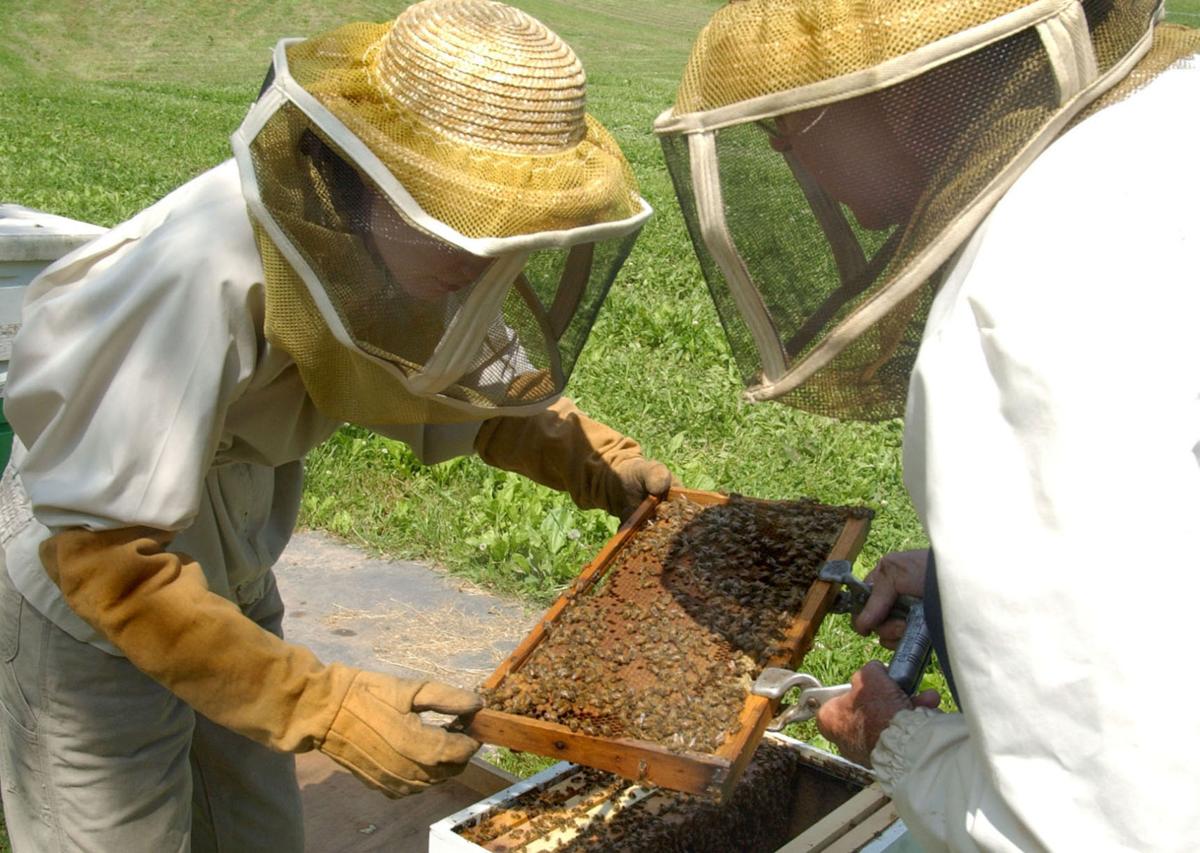 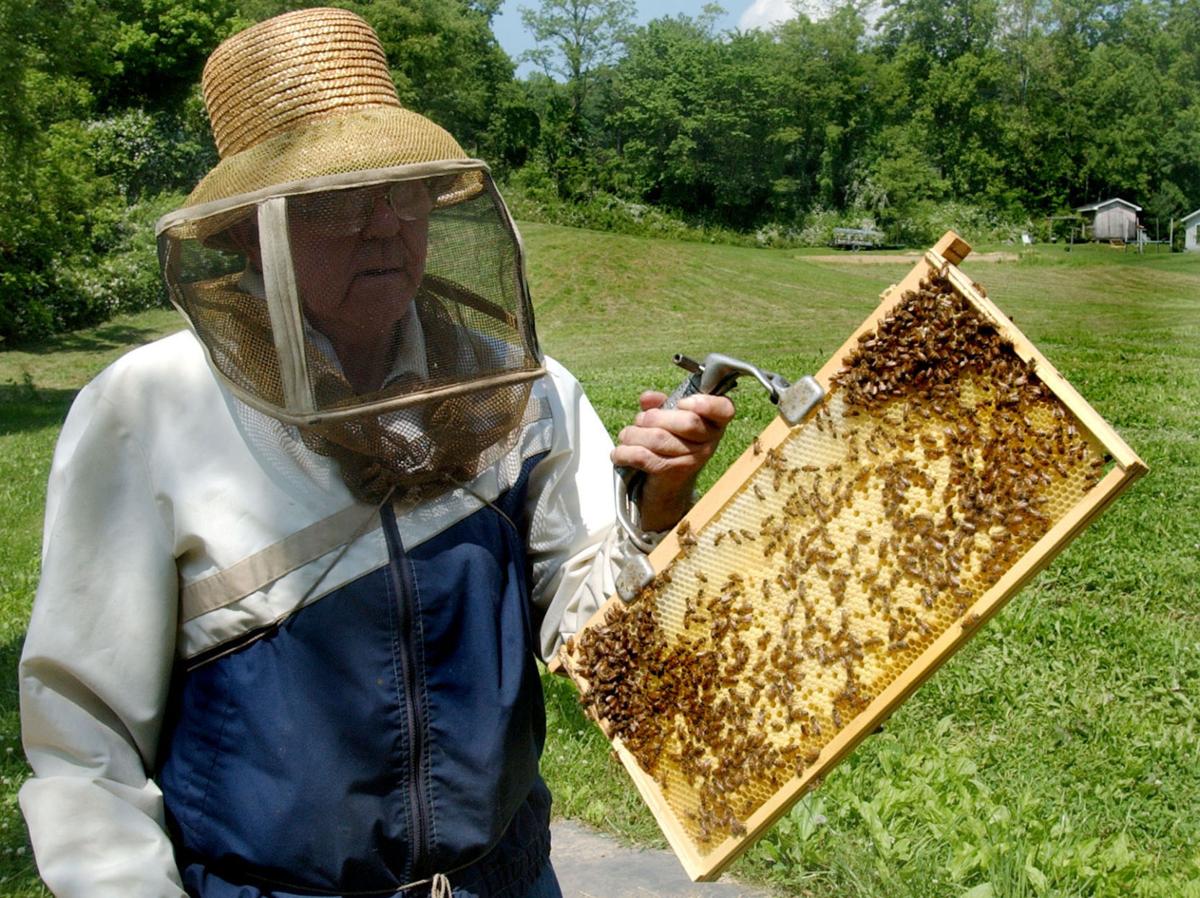 Lloyd Honeycutt with one of the hive’s active frames in 2008. Photo: Tony Duncan/Johnson City Press 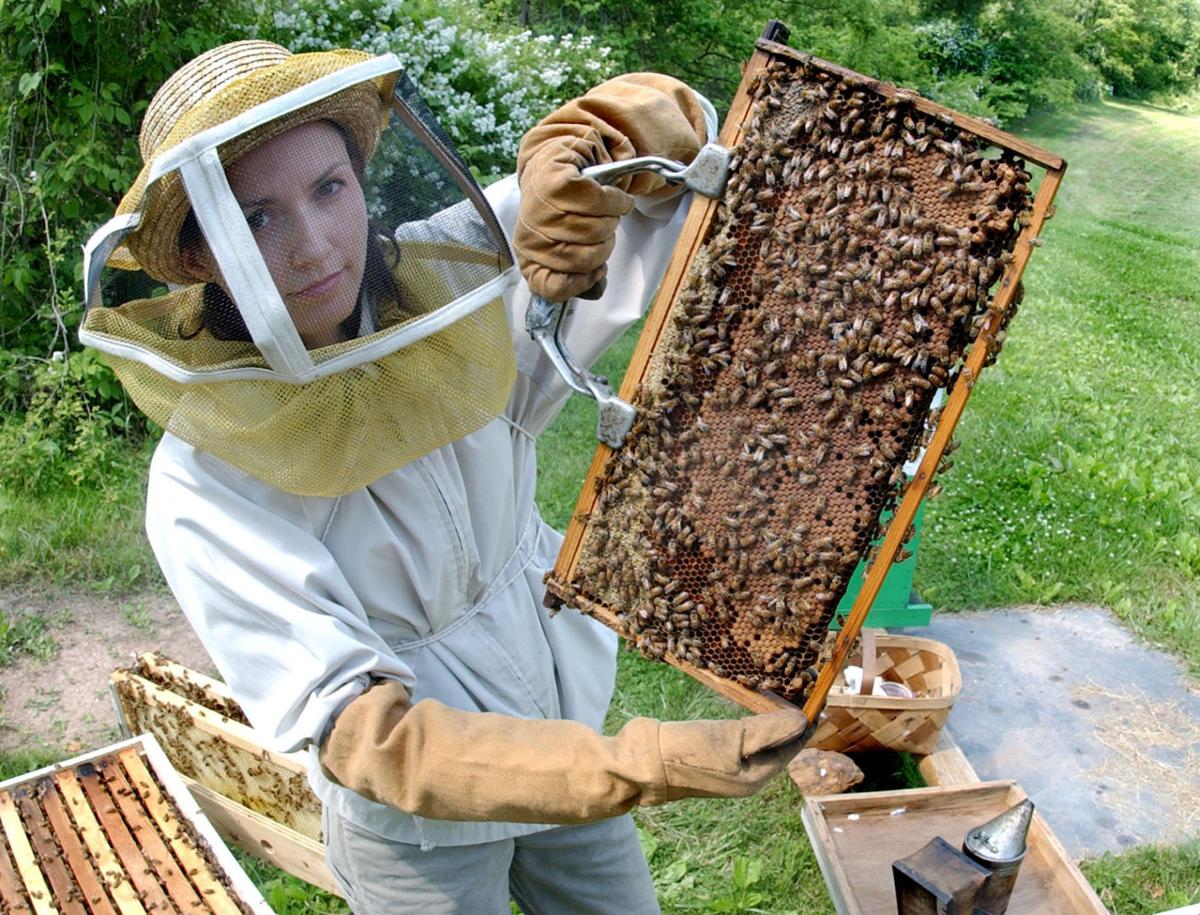 Sherry Cockerhan with one of the active frames from a hive in 2008. Photo: Tony Duncan/Johnson City Press

Lloyd Honeycutt with one of the hive’s active frames in 2008. Photo: Tony Duncan/Johnson City Press

Sherry Cockerhan with one of the active frames from a hive in 2008. Photo: Tony Duncan/Johnson City Press

There’s an old legend that says when a beekeeper dies, you have to tell the bees — or rather, peck on their hive — to let them know, or else they won’t make any honey that year.

It’s one of the many things Sherry Cockerham learned from her beekeeping mentor, 85-year-old Llyod Honeycutt, since they first met more than 20 years ago when Cockerham responded to an advertisement in the newspaper about helping with Honeycutt’s bees.

“It’s been a lifelong friendship,” Cockerham said of Honeycutt. “He’s someone who taught me about bees and gardening — just a mentor and a friend. We spent a lot of time with bees, a lot of time in his garden and, as he aged, a lot of time on the phone.”

Honeycutt, according to Cockerham, was one-of-a-kind — someone who “had that wisdom and patience” that’s “hard to find.”

Cockerham learned just about everything about beekeeping from Honeycutt, experiencing all of the highs and lows a beekeeper can go through.

Over the last few years, Cockerham has experienced her fair share of lows in beekeeping — often turning to Honeycutt for advice when she needed it.

“He was an encyclopedia of that old-time knowledge that is just disappearing,” Cockerham said.

Beekeeping, however, started to become more difficult as winters became warmer and chemicals — namely pesticides and weed-killers — found their way to the bees’ food supply. Cockerham said you’d be “lucky” if you only lost half your hives over the winter, while adding that one year, Honeycutt lost 11 of his 14 hives, something he attributed to commercial chemical use near his home.

“The same tried and true methods that seemed to work for the bees were starting to fail us,” Cockerham said.

That never stopped Cockerham and Honeycutt from continuing to keep beehives. And though Cockerham lost one of her two hives over the winter, she’s determined to continue keeping bees — a determination Honeycutt undoubtedly helped instill in her.

“There’s been so many times I’ve wanted to give up and not start again because of that frustration,” Cockerham said. “But it’s that responsibility where if you know something (about beekeeping) you need to pass that legacy on.

That optimism was evident in Honeycutt’s determination to maintain at least one hive, even as he aged and fought cancer. So long as he was alive, a hive remained at his home.

On March 31, Honeycutt lost his battle with cancer. His beekeeping legacy, however, will live on through all of those he mentored — including Cockerham.

After hearing of her mentor’s death, Cockerham went to her last remaining hive to tell the bees in keeping with that old-timey folktale she heard so many years earlier — a fitting homage to her mentor.

“I did go tell my bees,” Cockerham said. “Anytime I’m out there with them, I’m using a lesson he taught me. I couldn’t verbalize (his passing) to my family or friends yet, so I went outside and told my bees.

“We lost a good one,” Cockerham said.