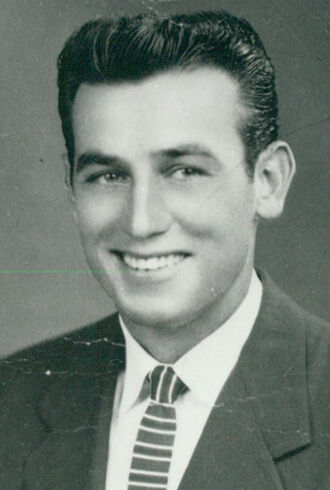 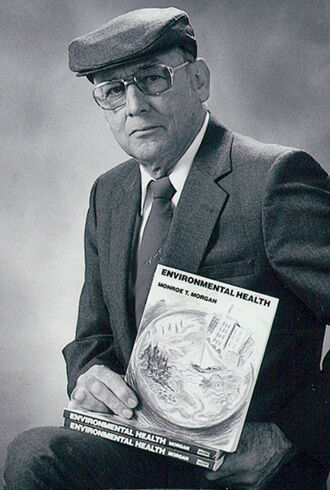 Dr. Morgan was employed at East Tennessee State University from 1963 until he retired in 1999. He was the founding professor and Chairman of the Department of Environmental Health. He developed the first Bachelor of Science in Environmental Health (BSEH) and Master of Science in Environmental Health (MSEH) degrees to be professionally accredited in the United States. He was very proud of the fact that he recruited students from fifty-six countries, most of the fifty states and Native American tribes. He also developed contracts to recruit U.S. Army students to receive BSEH degrees allowing many U.S. Army Health Science officers to be ETSU graduates.

Dr. Morgan served as president of the National Environmental Health Association (NEHA) from which he later received their Outstanding Leadership Award. He was a recipient of the Walter S. Mangold award, and NEH’s outstanding Environmentalist award in 1978. Other honors include: ETSU’s Distinguished Faculty Award, and Jacob C. Geiger Award from Tulane University for best doctoral dissertation.

He was the author of the textbook, “Environmental Health”, which was used as support text at several universities in the U.S. and foreign countries. After his retirement, ETSU established the Dr. M.T. Morgan Scholarship in his honor for undergraduate Environmental Health Majors.

Dr. Morgan had been retired almost 20 years and during that period of time he has been an Environmental Health Consultant to the Jimmy Carter Center, U.S. Aid and to the Agency for the International Development Public Health Service. He has enjoyed traveling, spending time with family and friends and attending Central Community Christian Church.

The family of Dr. Morgan will have a graveside and committal service at 1:00 P.M. on Saturday, October 17, 2020 at Mars Hill Cemetery, 123 Calvin Edney Road, Mars Hill, NC, 28754 with Dr. Edwin Lewis officiating. Music will be under the direction of Reverend Todd Wolfe and Susie Wolfe of Central Community Christian Church. Family and friends are asked to gather at the cemetery at 12:45 P.M. Everyone attending is asked to wear your facial masks and honor social distancing guidelines. Active pallbearers will be Mike Lewis, Shane Lewis, Dewayne Fisher, Clint Hoilman, Bryan Hoilman, Monte Morgan and Marcus Morgan. Honorary pallbearers will be the associates of the ETSU Department of Environmental Health, Dean Randy Wycoff, Dr. Bob Patton, Dr. Wilsie Bishop and lifetime friend, Lawrence Ponder of Marshall, N.C.

Online condolences may be shared with the family and viewed on our website at www.hathawaypercy.com. Hathaway-Percy Funeral and Cremation Services are honored to serve the Morgan family.